All the commandments given to Moshe at Sinai were given together with their interpretation, as it is written “and I will give thee the Tables of Stone, and the Law, and the Commandment” (Exodus 24,12) Legendary King David playing his harp in a meadow filled with flowers and fauna. It is one of many lavishly illuminated pages of Psalms executed in the fifteenth century. It is a treasure of the Israel Museum, Jerusalem.

Crossing cultural borders the Bodleian Libraries at Oxford recently delivered a copy of the Hebrew Code of Law in digital format on line. Maimonides’ Mishneh Torah was written between 1170 and 1180 by rabbinic scholar philosopher, and physician Rabbi Moses ben Maimon, known more generally as Maimonides, or by his Hebrew acronym Rambam. Maimonides (1137/8-1204) was an author in Hebrew who became widely known as the greatest Jewish scholar of the Middle Ages. He intended his interpretation of the Mishneh Torah to combine religious law and philosophy and to serve as a code of laws that teaches as well as prescribes conduct.  Two of his works reflect his role as a rabbinic scholar and community leader: his commentary on the Mishnah (the codification of Jewish oral law) and his magnum opus, the Mishneh Torah (which translated means Repetition of the Law). The latter, on which he laboured continually for ten years between 1170 and 1180, remains the clearest exposition of Jewish law. During the Middle Ages Hebrew existed only as a written language reserved as the language of culture and religion. The modes of writing Hebrew and the making of Hebrew manuscripts were also shaped by the imagery and practices of surrounding cultures. Indeed some scripts that remain today bear more resemblance to those of non-Hebrew codices produced in the same region, than to Hebrew manuscripts written in other lands. Torah in Hebrew means instruction/teaching and is the collective term for the first three parts of the Tanakh, the founding religious document of Judaism, whose legal and ethical religious texts consists of the first five books of the Jewish biblical canon. These are the books traditionally ascribed to Moses, the recipient of the original revelation from God on Mount Sinai. Jewish, Roman Catholic, Eastern Orthodox, and Protestant canons all agree on their order: Their common names in English, derive from the ancient Septuagint translation and are: Genesis, Exodus, Leviticus, Numbers and Deuteronomy

According to Jewish tradition the Torah , the teaching or guidance for humankind was revealed to the prophet Moses on Mount Sinai somewhere between 1233 and 1312 BCE (Before the Christ Event). Scholars have long debated every detail about this landmark event for humankind.

Maimonides’ Mishneh Torah is an original literary and sacred treasure. The Bodleian Libraries are fulfilling the will of one of the manuscript’s later owners, Eleazar, son of Perahya. He stated in his will that his copy of the Mishneh Torah should always be freely available for public consultation: ‘the manuscript should not be sold or redeemed, nor should any single person ever take possession of it. It should rather be kept available so that all scholars can correct their own version against it, but not read from it regularly or copy from it.’ By making the manuscript available on the Internet, the Bodleian Libraries are helping keep Eleazar’s legacy alive. Dr Piet van Boxel, Curator of the Hebrew holdings at the Bodleian Libraries, said “In line with Eleazar’s will, the Bodleian has always granted access to this precious document of Jewish Law. However, conservation concerns and practical considerations have previously limited the possibility of consulting it. The digital revolution, once and for all, has overcome these limitations and enables the Bodleian in an unexpected way to fulfil Eleazar’s request by giving worldwide access to Maimonides’ Mishneh Torah“. It is the first in a series of manuscripts the libraries wish to make accessible from their Hebrew collection. 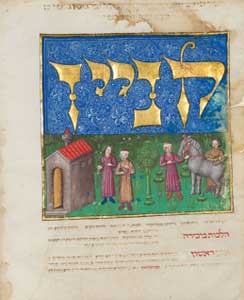 The project was made possible by a gift from George Blumenthal, a philanthropist and businessman who said, ‘I am grateful to the Bodleian for allowing me to pursue my dream of democratizing the knowledge of the world humanity for worldwide availability through the Internet.’ Mr Blumenthal is also supporting the digitization of the Bodleian Libraries world-class collection of Genizah fragments, named after the storage place of the Ben Ezra Synagogue in Fustat, Cairo where Maimonides lived from 1168 until the end of his life.

Maimonides’ Mishneh Torah was strongly opposed almost as soon as it appeared and its harshest critics were especially bitter and opposed to the new methods he employed because they were innovative. Thus as critics reproached the major Italian poet of the Middle Ages Dante Alighieri for writing in Vulgari (the language of the people) instead of Latin, they reproached Maimonides because he wrote in Hebrew (the language of the Jewish Peoples) instead of in the customary Talmudic idiom. 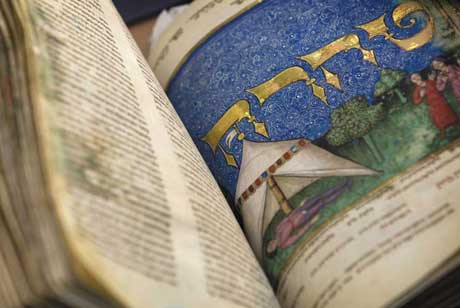 The manuscript has been kept in the Bodleian Libraries since the seventeenth century. It consists of the first two books of Maimonides’ Mishneh Torah: the Sefer Madda (Book of Knowledge) and the Sefer Ahavah (Book of Love). It has unique significance in that Maimonides himself signed the copy. He did not compose his work seeking glory; he desired only to supply the necessary but lacking code, for there was danger lest pupils, weary of difficult study, might go astray in decisions of practical importance. A reference from a letter to Rabbi Jonathan of Lunel, in which he thanks the latter for certain corrections; Responsa of Maimonides, 49 reveals that he said the omission of his sources was due solely to his desire for brevity. This comment informs a contemporary academic’s scholarly publication about a battle in history that changed the course of western civilisation. The author said in his introduction that in the interest of providing a readable text, he did not want clutter his pages with source references, which is really all about proving a point to other scholars so that they can debate his interpretation. 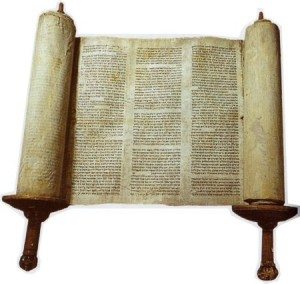 The written Torah, in the restricted sense of the Pentateuch, is preserved in all Jewish synagogues on handwritten parchment scrolls that reside inside the ark of the Law. They are removed and returned to their place with special reverence. Readings from the Torah (Pentateuch) form an important part of Jewish liturgical services.

Maimonides’ Mishneh Torah confines itself to stating the final decision on the law and follows the factual subject matter of the laws, rather than seek to examine or discuss the intellectual principle involved. The Bodleian Libraries at the University of Oxford digitized Maimonides’ Mishneh Torah, a comprehensive code of Jewish Law. This means the manuscript can now be consulted, browsed and read by all those inhabiting cyberspace. Renowned Digital Photographer and Archivist Ardon Bar-Hama facilitated the digitization project of this rare and special work. He is best known for photographing the world’s most treasured objects in libraries, museums, archives, private collections and institutions. His projects include the Codex Vaticanos in the Vatican, the Dead Sea Scrolls in the Israel Museum and the archives of the New York Philharmonic.

Access Maimonides’ Mishneh Torah at the Bodleian by clicking here

David Gardner Swing Quartet, Queenscliff and Xmas; doesn’t get much better… but it did at Jazz Australia’s Hark The Herald Angels Swing Saturday, Dec 15, 2013