Bodyguard, a Netflix Original Series created and written by Jed Mercurio. is a slow burn action packed series over six episodes, which proved to be a thriller to die for recently when, viewed on BBC One, it took the UK by storm.

Featuring two of Britain’s star quality actors in the lead, Richard Madden and Keeley Hawes, Bodyguard was praised for its pulse racing attitude when it gained a record breaking numbers of viewers, which grew exponentially as the series evolved. 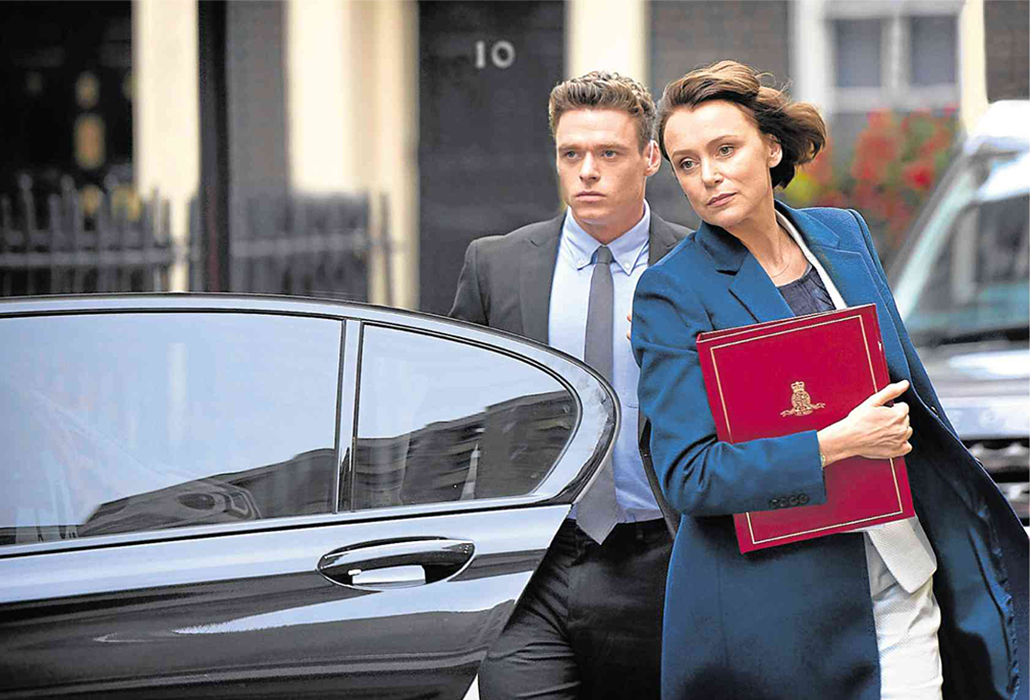 Bodyguard has all the characteristics required to make a television series popular in today’s entertainment world; political intrigue, a plot that keeps you continually guessing about what will happen next, high octane action, two very charismatic stars, plus, very seductive racy scenes in the bedroom. 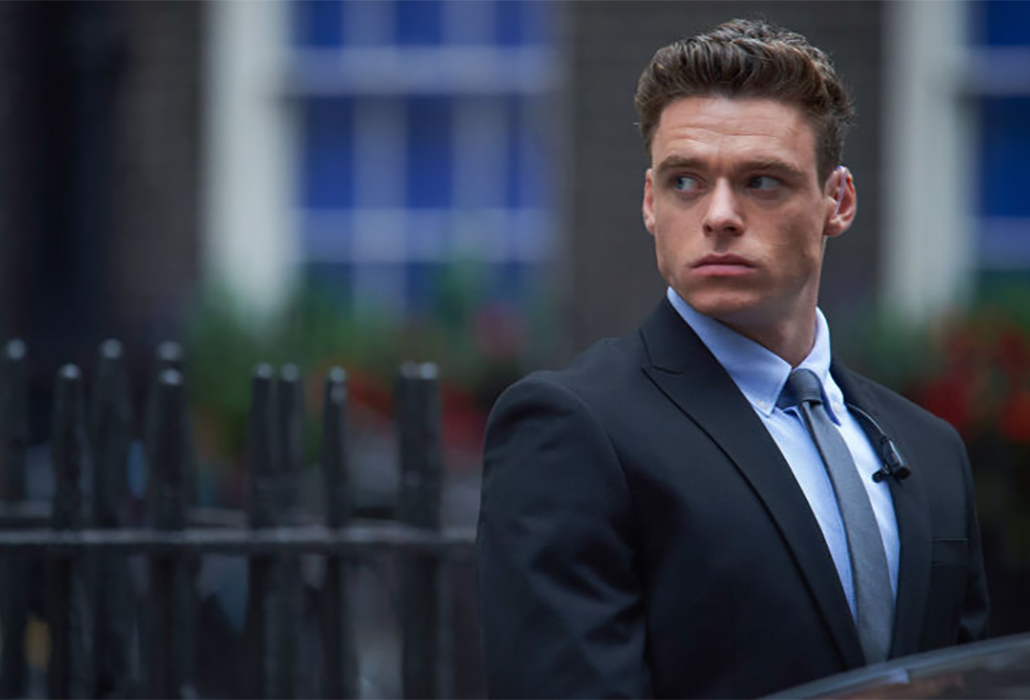 Richard Madden plays a former soldier and war veteran from Afghanistan, who is despite personal difficulties, building a great career for himself. When we meet David Budd he is a member of an elite unit of the London Police force, one charged with the nation’s security.

Returning to London after a weekend away with his two children on a train, his keen powers of observation detect there is something very dangerous going down. He takes on facing and neutralizing a woman in a toilet wearing a bomb vest. She is intent on blowing up everyone travelling that night and he earnestly doesn’t want his two small children to die without having lived. 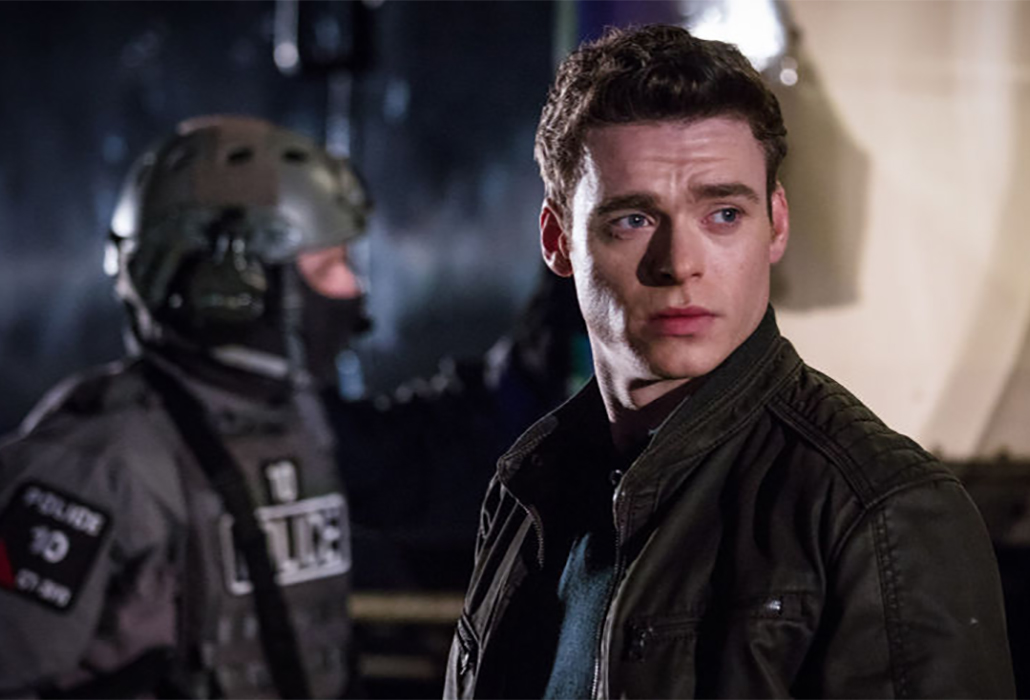 Binge watching Bodyguard on Netflix is the way to go.

As the tension mounts with each episode you will arrive at point you really want to scream about the many different dangers David Budd faces, as he follows the twisting turning clues that lead to an extraordinary outcome at the end.

At first, having succeeded in his quest to gain a good solution to a terrible situation, Budd is praised by his superiors and re-assigned to protection services. He’s given far more responsibility and much needed remuneration, for his new job; guarding the British Home Secretary Julia Montague (Keeley Hawes). 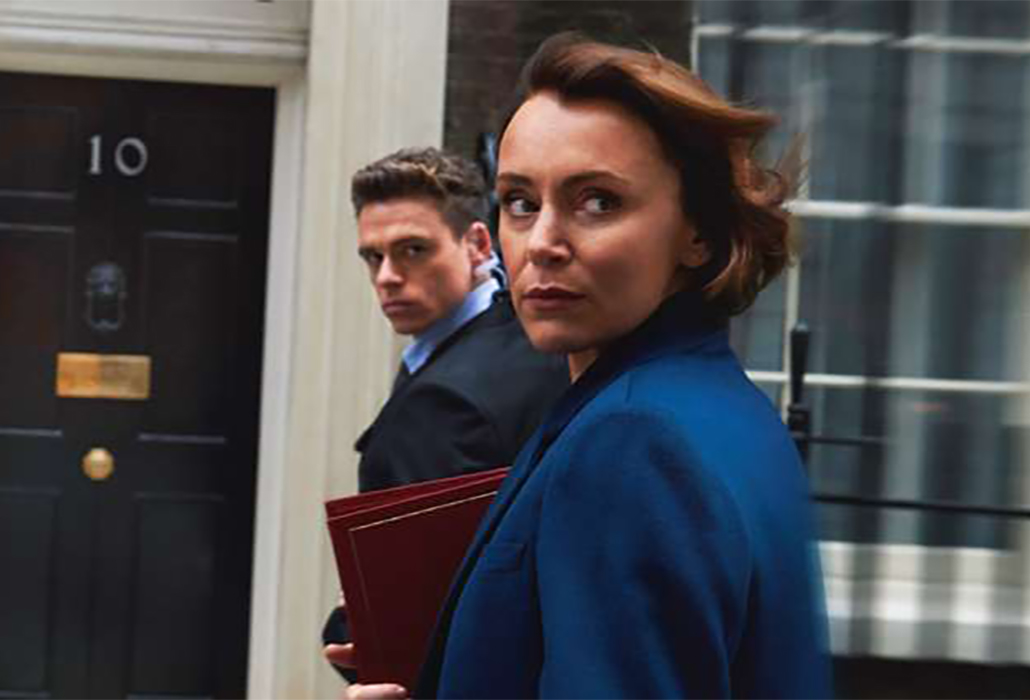 From the very moment they meet, the chemistry between them crackles as their life together on a daily basis begins. This high-octane nerve-racking, but wholly seductive series scoops you up and doesn’t put you down again until the final frame of what we can only hope is just Season One. There is so much more to know about this captivating and charismatic character’s story, we are left desperately wanting to know so much more.

Richard Madden gives Budd a brooding star quality, which is very appealing, as well as thought-provoking. 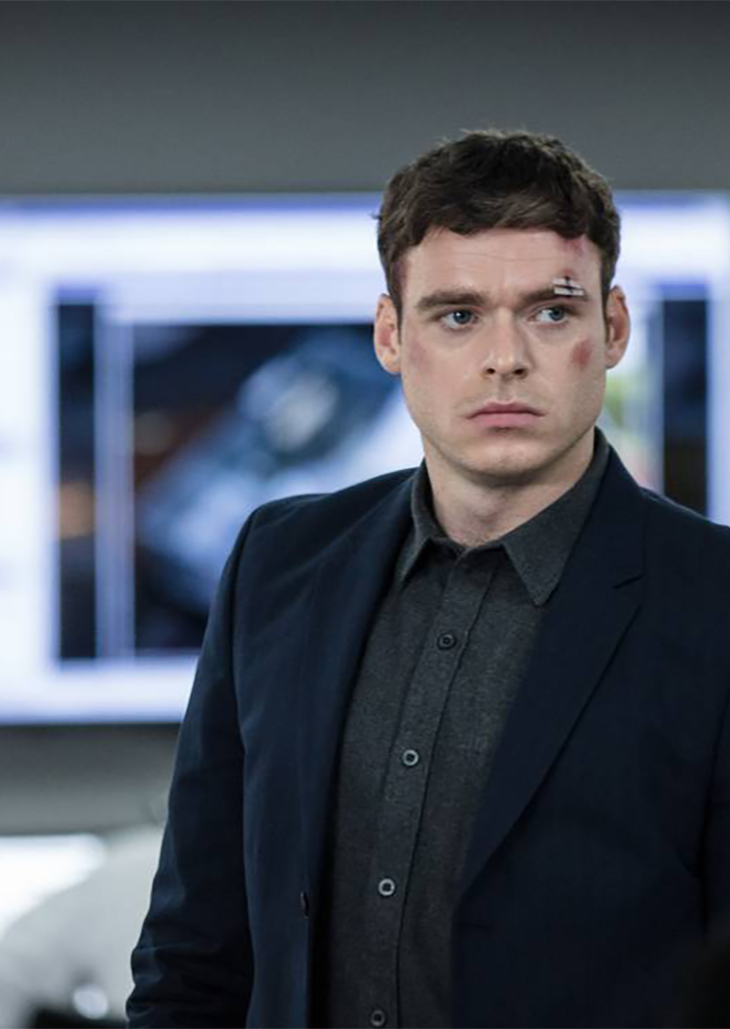 David Budd is a mentally compromised man, because of his war experiences, caught up in a political maelstrom of enormous proportions. He battles hard to surmount every challenge coming his way to ensure the politician he is guarding, survives, as those who surround her on a daily basis plot her downfall to achieve their own agendas.

Holding back vital information from his superiors, Budd plays his own risky A-game to bring the perpetrators of horrific crimes against humanity, and the woman he unexpectedly finds himself falling in love with, to justice. 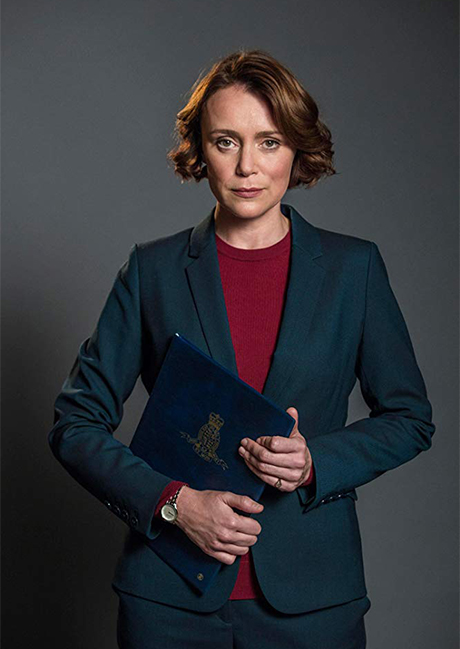 Julia Montague is played intensely, and with true commitment by Keeley Hawes. She is a particularly controversial figure in government circles and for her jealousy, conspiracy and power plays both on the floor of the house and when out an about, are regular occurrences. However up until now they haven’t been so personally life-threatening especially when her car is attacked by a sniper, and she’s scared for her life as we are right along with her.  Her only advantage is having David Budd to protect her.

The twists and turns of a really intelligent script by Jed Mercurio casts many doubts on the people David Budd or Julia Montague can trust. 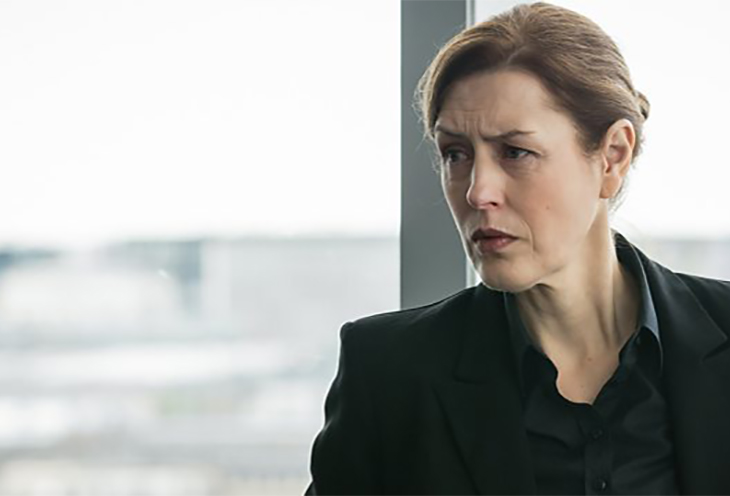 The series looks marvelous, the sets are superbly staged… including visits to Number 10 Downing Street and the British PM”s country residence, Chequers. 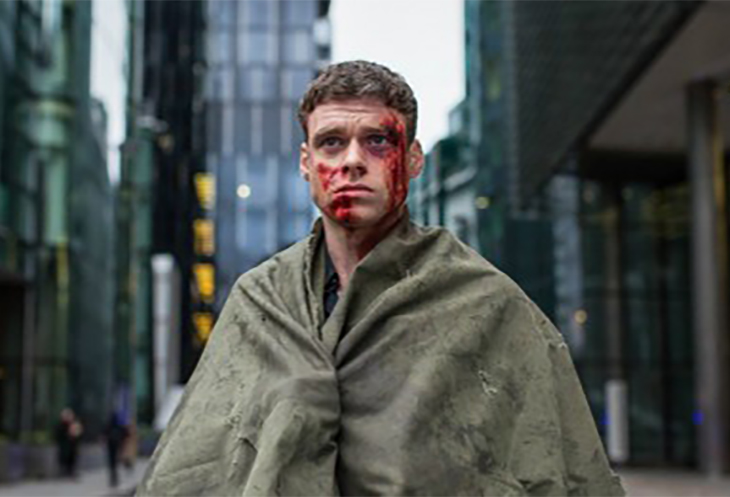 Be warned, you will need to hold on, Bodyguard is a bumpy ride. Be also sure to organise your food intake, because this is not a show you can pause successfully along the way.

You need to turn off your phone and go with the flow of it all, as it automatically breezes from one episode into the next. I’ve already watched it twice through and found myself still desperately wanting more. 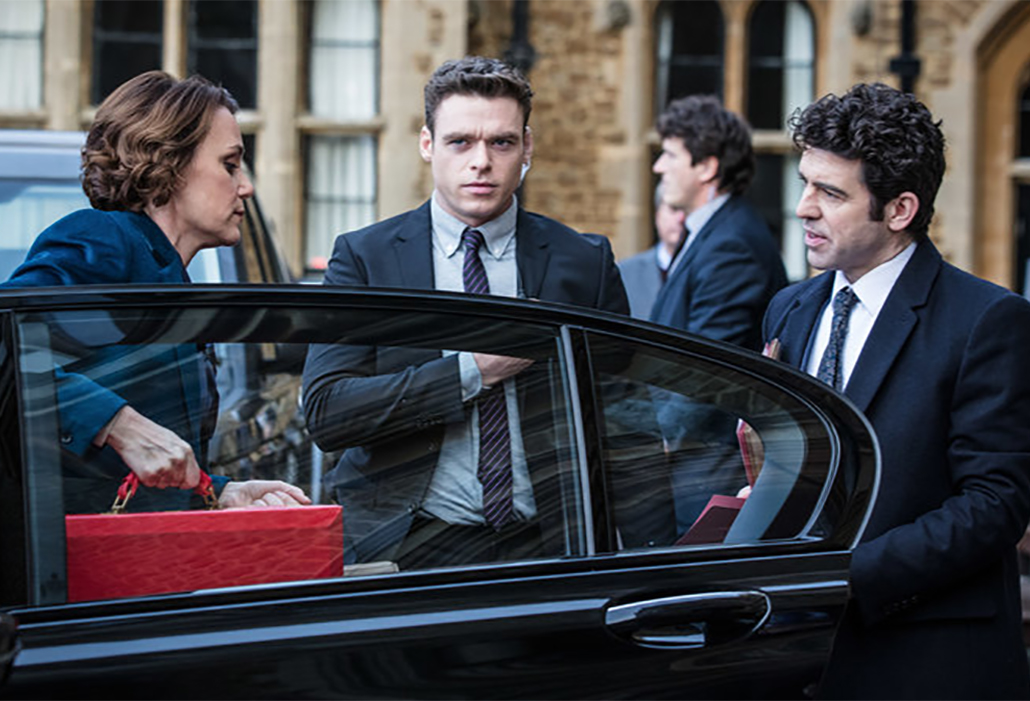 You will also find you won’t wish to be in these people’s shoes for even a moment. Although you will be perhaps beguiled into becoming their shadows if you want to find out what happens next.

I don’t want to offer too many spoilers, and will be surprised if you aren’t hooked from beginning to end. For me Bodyguard was truly a perfect tv thriller for our time… and, basically proves, no one really does drama and heart pumping action better than the Brits.

3 days of special events at all 3 of The Met, New York locations will celebrate the opening of Marcel Breuer’s iconic building on Madison Avenue, The Met Breur