‘It’s not just about cops and action, but also about characters and relationships’….said actor Scott Caan about the new completely ‘cool’ version of the iconic cop show Hawaii Five O. The re-imaging of this highly original popular series stars Australian actor Alex O’Loughlin as the legendary navy Lieutenant Commander Steven ‘Steve’ McGarrett, who in this re-invention is often like a loose canon on the deck.

Stepping into the shoes of a star like the late Jack Lord, who has become an icon of television history does not appear to have phased O’Loughlin however, whose character McGarrett heads up an all new elite investigate unit fighting team to combat crime in the state of Hawaii today. 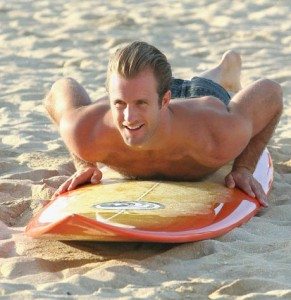 Caan plays the role of McGarrett’s hot headed stubborn, completely by the rule cop colleague, friend and side kick Daniel Williams. He also acts as McGarrett’s conscience endeavouring to keep him on the straight and narrow as much as possible. Caan is also the subject of the now famous line from the original series (1968 – 1980) ‘book’em Danno’.

The present cast has a lot of fun with this line, courtesy of the scriptwriters, who revel in producing dialogue that reveres the past although it is very much grounded in the world of large scale crimes taking place in a beautiful locale like the islands of Hawaii.

O’Loughlin has matinee idol good looks and is sure to gain a huge following with his no nonsense approach. He graduated from the National Institute of Dramatic Art at Sydney in 2002 and then set his sights on making it in America. His grandfather’s advice was to ‘put your head down and keep working, son, and you’ll get what’s coming to you. You just push through’… and after years of trying it seems he finally has. Granddad would be pleased. 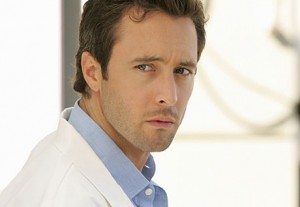 The never ending opposite’s always attract notion will certainly aid the success of this show.

Surely it will start a new wave of always welcome tourism for the Hawaiian islands. The original series certainly prompted me to take my family there in the early 80’s, and we were not disappointed.

One of the immediate draw cards is the theme music. It never ceases to amaze me just how people react to it. The foot tapping sensational beat, the iconic tune and the sights and sounds of a tropical paradise are only part of its allure, which means many things to many people. Have to admit it makes me come over all sentimental when it’s on. Something about delving into the memory of those things we enjoy during the major part of our adult lives, family and relationships.

Enjoy the original now and then compare it with the new one and, then read on

In the new Hawaii Five O series they have certainly gathered together a great team of players whose captivating on screen chemistry is immediately very appealing. Particularly Daniel Dae Kim as Chin Ho Kelly, and Chin’s cousin, a rookie cop nicknamed Kono Kalakaua played by Grace Park. The pairing of these two is particularly inspired and the rapport between them, entirely engaging. They also dovetail nicely with O’Loughlin and Caan’s characters proving that mixing multiculturalism, with understanding and thoughtful cultural appreciation, works. 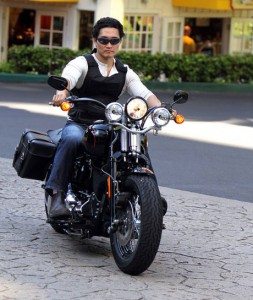 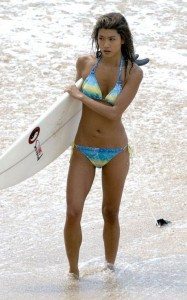 Korean by birth Daniel Dae Kim is a hardworking Asian American actor who has a cult following from the series ‘Lost’. He is sure to build on it here as he is a class act. He made the list of ‘Sexiest Men Alive’ in 2005 and starred on London stage as the King of Thailand in Rodgers & Hammerstein’s The King and I from June 12–28, 2009 proving his great versatility in his chosen profession.

Six years younger, Grace Park has been a sci fi specialist before this, don’t mess with Kono role presented itself. And, she is reveling in it to be sure.

It is fascinating to see Hollywood, via its successful television and movies, is now drawing on stories from its now established traditions to create the future. It makes good sense for producers dealing with huge budgets to fall back on a proven record of popular genre shows.

If they can identify the essence of what made them popular 30 years ago and inject that element into the new and, bring the story into today’s world, its a formula sure to bring success. Mind you the scriptwriters are at the key to this happening. Having renowned writers like Alex Kurtzman and Roberto Orci complete the pilot augured well, but its maintaining the standard throughout that is the key to the shows continuing success.

Audiences are becoming increasingly attracted to good script writing as shows like the recent BBC series in England Downton Abbey has proved. The public can become very quickly discerning and judge harshly when dissatisfied. The premiere of Hawaii Five O in its new format happened on September 20, 2010 in America and was watched by over 14 million viewers. These have recently swelled and it has gained a full series of shows in its first season, which must have all its team toasting success, not just the four stars.

Looks like it may be set for another long run like the original if they can keep the momentum going. Good luck everyone.

Be sure to watch Hawaii Five O as McGarrett, Danno, Chin and Kono light up the screen…

The series is produced by K/O Paper Products and 101st Street Television in association with CBS Productions.

Where in Australia:
Channel Ten

Mapping our World an important exhibition of rare and unique maps, charts and scientific instruments should attract visitors to our national capital this summer