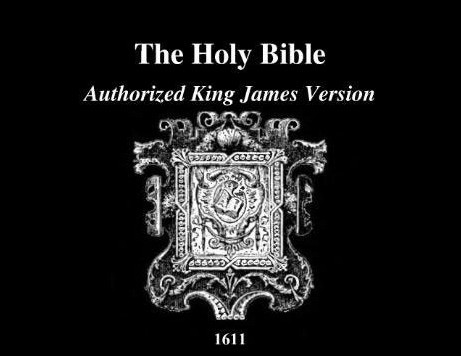 In the beginning was the word…*

The King James Version (KJV) of The Holy Bible is a volume that today still attracts superlatives. It is beloved by scholars, churchmen, churchwomen and laity the world over.

Just some of the everyday phrases in the English language made familiar by the King James Bible are; a broken heart; a cross to bear; a sign of the times; a law unto themselves and, a two edged sword. If you enjoy a good old fashioned and lively discussion be sure to voice an opinion over which translation of The Bible is best and it will happen.

The Authorized Version of The King James Bible has many protagonists prepared to discuss it, defend it and debate it and you endlessly on the issue.

This version of the book of books for the Christian faith has appeared in a vast variety of cultural settings in the centuries since 1611. However perhaps its greatest triumph was most likely when, on Christmas Eve 1968, the Apollo 8 astronauts orbiting the Moon read from the first book of Genesis in a broadcast heard by half a billion people around the world.

The Authorized King James version of The Holy Bible printed in 1611 remains as of one of the most widely used of all the English translations of the sacred texts. It is admired for many reasons, most especially because of its eloquent sweet words. For many it is considered the most beautiful book written in the English language. As fitting for a Bible named for a King its language is indeed ‘majestic’. This ‘tone’ or ‘style’ was deliberate if we are to believe the notations of Cambridge scholar and biblical translator John Bois 1561-1644.

He recorded the many discussions that took place when the original translators were conducting all their reviews to finalise the King James version translation before it went to press.

…The same was in the beginning with God. All things were made by him; and without him was not any thing made that was made…

In 2011 the 400th anniversary of the publication in 1611 of The King James Authorized Version of The Holy Bible (KJV) an exhibition Manifold Greatness: Oxford and the Making of the King James Bible, was a collaboration between the Bodleian Libraries, Oxford and the Folger Shakespeare Library in Washington, D.C between 2011 and 2013 in both England and America.

…In him was life; and the life was the light of men. And the light shineth in darkness; and the darkness comprehended it not… At Oxford the original show was curated by a committee of academics with impressive credentials and enormous expertise. They were drawn from Corpus Christi College, Oxford and the faculties of English, History and Theology in the University of Oxford.

‘The King James Bible famously reads as ‘one voice’ with a remarkable unity of tone and language which gives it richness and authority. In reality, however, it is a work of many voices… the exhibition reunites some of the books and manuscripts actually used by translators and …it is an enormous privilege that we are able to breathe life back into the translation process for a modern audience…’ Over the centuries there has been many translations, errors of translation, interpretation errors, and errors of understanding about the text of The Holy Bible by translators. The simple fact is there is no perfect way of producing a word in English to mean exactly the same as if it was in Hebrew, Greek or Latin. Every attempt will be flawed because of the difficulties with language interpretation. In that way The Holy Bible mirrors humanity. The Bodleian Libraries at Oxford hold the only remaining edition of forty Bishop’s Bibles that were sent out for use by the various translation committees that had been put in place when King James 1 England  – King James VI of Scotland (1566-1625). He commissioned a new translation of the Bible in the English language in 1604.

This came about because Oxford scholar John Rainolds, who at the time was President of Corpus Christi College, suggested the idea of a new English translation to King James I at the Hampton Court Conference in 1604.

The Bishop’s Bible was an English translation produced under the authority of the established Church of England in 1568. The 1602 version, which is the one on display, was prescribed to the translators as the base text from which they were to produce the new version.

The King James Bible translation also drew upon the earlier works of two Oxford men, John Wycliff (1324-1384) and William Tyndale (c1494-1536).  Both the fourteenth-century Wycliffite Bible translated by followers of Wyclif and Tyndale’s sixteenth-century translation were seen as provocative political acts and were suppressed by the authorities. The Wycliffe Bible, the first full translation of the Bible into English and Anne Boleyn’s velvet-bound 1534 copy of William Tyndale’s English Translation of the New Testament were featured in the show.

Henry VIII’s second wife Anne Boleyn (c.1501/1507 – 19 May 1536) showed considerable courage in receiving this politically-charged edition, which had been banned by her husband. It resonated with her own Protestant sympathies.

Two years later when her husband had her executed he was complicit in Tyndale’s arrest and death.

The copy of the Bishop’s Bible that has endured, and is the main feature of the display, was bound up after all the translation committees had been disbanded. It comprises of sheets from four of the six translating committees and is marked in the handwriting of the original scribes, with their changes, additions and deletions. 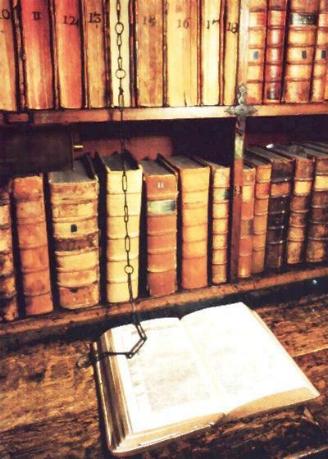 It is a rare survival, given the turbulent and sometimes violent history attached to the printing of sacred words that contained the Ten Commandments, a set of religious and moral imperatives reputedly delivered to Moses along with other miscellany laws, on Mt Sinai some 1500 years before the baby Jesus was born at Bethlehem.

The Exhibition attracted comment, perhaps even controversy as indeed The Holy Bible has ever since it first appeared. Original Hebrew manuscripts made up the 39 books of the Old Testament, and they were completed some five hundred years before the birth of Jesus at Bethlehem.

Three hundred years after that the Septuagint Greek Manuscripts were transcribed from the Hebrew language (200BCE). They contained the original 39 books plus an additional 14 known as the Apocryphya (works not recognised by the Jewish peoples)

The Greek manuscripts, which today make up the 27 books of the New Testament, were completed during the first century following Jesus the Christ’s crucifixion and identified by Athenasius, Bishop of Alexandria as the ‘canon of scripture’.

Pope St Damasus 1, leader of the Catholic Church from 366-384 commissioned from St. Jerome (c347-420), his personal secretary in 382, a ‘Latin Vulgate’ translation. This did not happen overnight and Jerome’s translation had many revisions. While dedicated to Damasus this version of the holy book gained little or no official recognition and had to become recognised on its own merits. 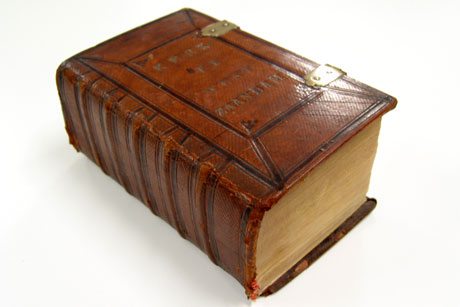 John 1:15…And the Word was made flesh, and dwelt among us, (and we beheld his glory, the glory as of the only begotten of the Father,) full of grace and truth…

From 600 onward Latin was deemed to be the only language for scripture and this rule was rigorously applied for nearly a thousand years. The influential Council of Trent (1545-1563) authorised 76 of its books (46 Old Testament, 27 New Testament + 3 Apocrypha) giving it a magisterial authority  –

‘Moreover, this sacred and holy Synod,—considering that no small utility may accrue to the Church of God, if it be made known which out of all the Latin editions, now in circulation, of the sacred books, is to be held as authentic,—ordains and declares, that the said old and vulgate edition, which, by the lengthened usage of so many years, has been approved of in the Church, be, in public lectures, disputations, sermons and expositions, held as authentic; and that no one is to dare, or presume to reject it under any pretext whatever’.

The Oxford idea was proposed to King James 1 followed the King’s rejection of the Puritans’ demands for church reforms.

Dr Moore further commented that Oxford scholar  ‘John Rainolds proposed it almost as a last-ditch effort to secure a concession from James following his refusal to meet the Puritans’ demands. Some historians believe James agreed to it as a means of distracting some of his most vociferous churchmen – while they were busy with the translation they would not have the time to pursue the cause of Puritan reform’ she said. 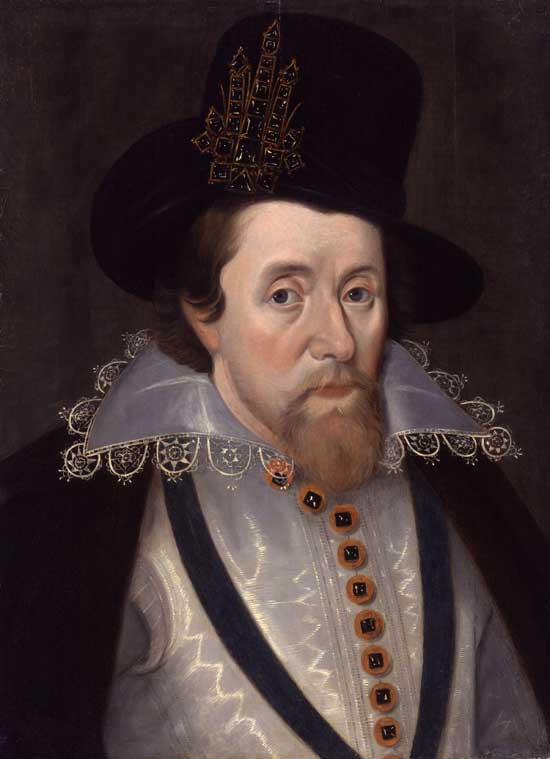 King James 1 succeeded Elizabeth I as the closest living relative of the unmarried childless English monarch, through his descent from one of Henry VIII’s sisters. His name became synonymous with the printing of this edition of The Bible when it was finally published in 1611 during his reign.

Linking the name of King James to this version of the Holy Bible was never just decided. When in 1611 the book was finally published the title page of ‘The Holy Bible’, was used and it was often just referred to as the ‘new’ translation. It was only late in the seventeenth century that it began to be referred to as King James’s Bible (the possessive gradually being lost) and this is the terminology that eventually stuck.

Manuscript copies of the ‘do’s’ and ‘don’t’ rules laid down for the six original translating committees will be of interest. Each were given responsibility for their allotted sections and so to bring it all together as a volume that ‘spoke as one voice’ was an enormous achievement not only in terms of scholarship, but in terms of writing style so that it would all be consistent.

Two of the other works on display were very interesting. De animalibus insectis,  a sixteenth century volume used to help the scholars identify Biblical insects such as locusts. The Bodleian Libraries of the University of Oxford form the largest University library system in the United Kingdom.

The combined library collections number more than 11 million printed items, in addition to 30,000 e-journals and vast quantities of materials in other formats.

The making of the King James Authorised version of The Holy Bible continued long after its publication in 1611.

Printing errors were routine in the early modern printing house; for example the ‘Wicked’ Bible of 1631 misprinted the seventh commandment as ‘Thou shalt commit adultery’. 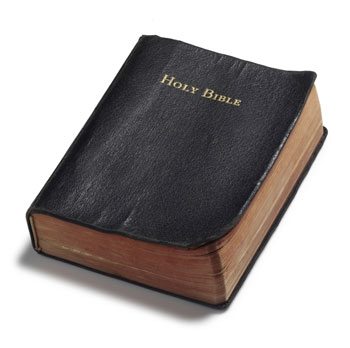 By the 1660s the KJV was ‘the’ English Bible in use and it virtually remained unchallenged until the fresh wave of Bible translations began during the 20th century.

Perhaps the most important thing to say about the King James Authorized Version of The Holy Bible was that it was all about helping its reader more easily pray for guidance in a language they would understand and, in order that they may learn how to live ‘the word’

Purchase The 400th Anniversary Edition of the King James Bible