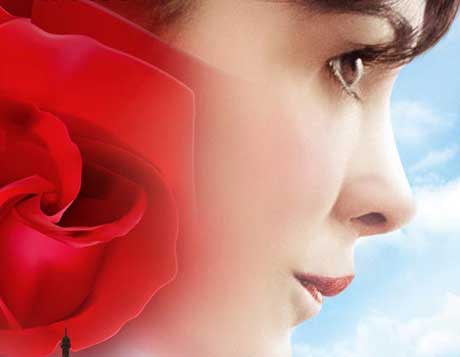 Many critically acclaimed movies are often only shown in city based independent and art-house cinemas all over Australia. This May adult ‘Gold Class’ audiences in suburban Event Cinemas, will be able to enjoy a complimentary first glass of wine as they view a superb selection of 1st release boutique movies. Event Cinemas, General Manager Jane Hastings says, “We’re hugely excited about this new initiative. Traditionally, lovers of sophisticated films would have to travel to the city to see these movies but now audiences will be able to enjoy them in Gold Class luxury”.

The world of cinema has certainly changed since I was growing up in the 50’s in Australia where, for kids, the most fun to be had was purchasing a box of ‘Jaffa’s’ to roll down sloping wooden floors just to annoy everyone. Today in the world of Event Cinemas where movie theatres are all deeply carpeted and draped, the ultimate luxury is offered to their Gold Class patrons. This is an all encompassing intimate experience, one in which 30-40 people relax in comfortable reclining chairs, while enjoying full waiter service, as well as a brand new food and beverage menu.

Sessions in Gold Class tend to sell out really quickly so purchasing tickets online, and ahead, is the only way to guarantee a seat. No more queues, at last, civilization at the cinema has arrived.

The movies to be presented in May 2012 are all highly awaited and acclaimed productions and include ‘Wish You Were Here’, ‘The Deep Blue Sea’, A Dangerous Method, Bel Ami and Delicacy.

Wish You Were Here is an Australian psychological drama mystery starring Joel Edgerton, Felicity Price and Teresa Palmer about four friends sharing a holiday, on which one of them goes missing. But why? This beautifully shot film with fine performances has received four-star reviews as a top rate Australian film. Starts May 2

The Deep Blue Sea is an adaption of a successful stage play by one of England’s most popular 20th century dramatists, Terence Rattigan. It is about the younger wife of a Judge who engages in a passionate affair with a handsome young RAF pilot, who is troubled by his memories of World War II. English-American film and theatre multiple award winning actress Rachel Weisz adds both depth and dimension to the predicament of a woman who finds herself in a moral and social dilemma; whether to stay with her older husband, who can give her a steady quiet life, or to carry on with her lustful, doomed relationship with a ‘feckless lover’, enjoying only the moment. Starts May 9

A Dangerous Method is beautifully filmed, set in Zurich and Vienna on the eve of World War 1. The story is based on a true encounter between a famous trio in the world of experimental psychiatry Dr Sigmund Freud, Carl Jung and Sabina, a real-life patient of Jung with whom he was rumoured to have had an affair. It is a dark tale of both intellectual and sexual experimentation, with sterling and acclaimed performances from Viggo Mortensen, Michael Fassbender and Keira Knightly. It elevates its subject matter to one of great interest, through the merits of its intelligent well-directed screenplay. Starts 16th May

Visually extravagant, Bel Ami is based on a French novel of the same name written in 1885 by a popular 19th century French writer, considered one of the father’s of the modern short story, Guy de Maupassant (1850 – 1893). It is about a young ex-soldier, journalist’s rise to power at Paris, the history of a ‘scoundrel’ who manipulates powerful, intelligent and wealth women in society to achieve his own ends. With Robert Pattison as the mean seducer, and Uma Thurman, Kristin Scott-Thomas and Christina Ricci as the women in his life, this is a tour de force. Starts 23rd May

Delicacy stars one of France’s favourite actresses, Audrey Tatou, in a story about love, loss and finding love again.  It is about discovering that there can be more than one love in your life, albeit very different people. This is a delightful romantic comedy that has all the hallmarks of a delicacy; quality, texture, softness, charm and pleasure. Starts 30th May

Locations offering the new programming include Campbelltown, Castle Hill, Macquarie and Parramatta in NSW, together with George Street and Bondi Junction. The program will also extend to Chermside, Indooroopilly and Mount Gravatt in suburban Brisbane, Robina and Southport on the Gold Coast, Marion in Adelaide’s South and Innaloo in the northern suburbs of Perth.

Court, Cabinet and Church are all against your marriage and I have realized as Queen I have no choice and I cannot allow you to marry Peter, … it’s official