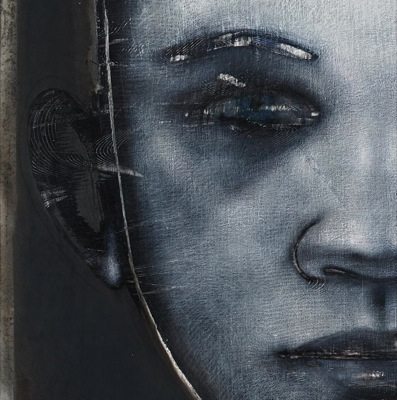 The new collection of pieces at John Makin Gallery, Collingwood by Godwin Bradbeer, widely considered a leader in the field of drawing, sees a return to his focus on the body, and especially the human face, following a series of excursions into other areas. 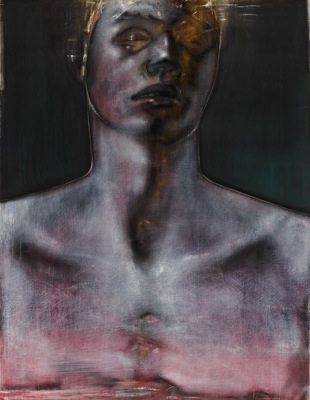 “Figure drawing has always been the nucleus of my work, if you like,” Bradbeer said . “It is a fundamental way to talk about the human condition and the nature of individuals”. 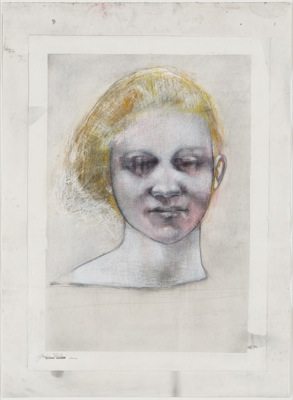 He went on to say “Every now and then it is good to step back a bit, consider other ideas and follow them up, and produce some works that challenge yourself and the audience. Those are the parts that circle the nucleus, held to it but also a bit separate.” he said. His two shows in 2013, Pentimenti and Project, included an installation of school chalkboards, a marble sculpture of an axe on a piano stool, and x-ray drawings of animals. The current show, Recent Works, provides seven large drawings using chinagraph, silveroxide and pastel on paper. With thanks to the artist and the gallery for the use of images, the Exhibition is now showing at the John Makin Gallery, 67 Cambridge Street, Collingwood, until 14 September, 2014 – Derek Parker, Guest Author

Despite evolving societies and technology a villa remains a place where one can dwell “under the tent of heaven”. Is Andrea Palladio’s villa the perfect house?