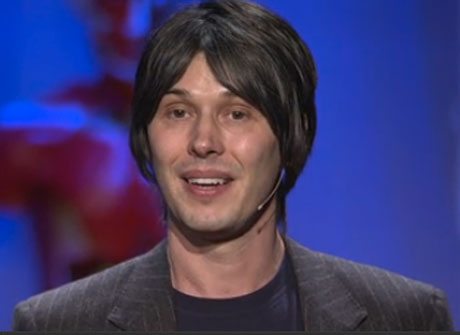 Rock Star Physicist England’s glamour Professor Brian Cox (1968-) is coming down under in November 2012, exploring the universe as a special guest Speaker at the Australian Resources Conference and Trade Show in Perth, W.A. and appearing in booked out talkfest sessions at the Sydney Opera House. The Internet is already crowded with people seeking to purchase tickets at any cost. Brian Cox has proved to be a popular and powerful presenter of BBC documentaries that inform, intrigue, shock and excite. He has also produced four books to date, along with countless essays and papers, while attending to his duties as a Royal Society University Research Fellow at the University of Manchester, where he holds a chair in Particle Physics.

His quiet affable manner and his ability to transform cutting edge science into a language many can understand, has aided his journey to super stardom, one that his older academic colleagues must be shaking their heads at in disbelief. Single-handed he has made science sexy again, as it was in days of yore. From TED in America to the World Economic Forum in Davos and China, to Perth and Sydney in Australia, everywhere Brian Cox goes the media, and a growing legion of fans follow in his wake, hungry for news about his predictions on what will happen in the future of our planet. His two smash SBS and BBC TV series attracted a whole legion of fans of all ages and from all backgrounds, who now worship at the font of a man the LA Times once described as the ‘nerd who is cooler than you’. Brian Cox’s work at CERN in Switzerland is all about ‘revealing the underlying simplicity of the universe’. The news that physicists at CERN had discovered a new particle consistent with the Higgs boson, Cox told the BBC in July 2012, was a significant moment in the history of science. It was also a vindication of the work carried out at CERN with the Large Hadron Collider, where Cox is actively involved in one of the most ambitious research projects on the earth.  “The Large Hadron Collider is the largest scientific experiment ever attempted — 27 kilometers in circumference. Its job is to re-create the conditions that were present less than a billionth of a second after the universe began, up to 600 million times a second. It’s nothing if not ambitious”*

Many people around the world first found out about the Collidor via the 2009 Ron Howard movie Angels and Demons, and it is a creation that quite blew their minds. Episodes of the BBC’s great TV hit Dr Who include Pyramids of Mars and The Hand of Fear onwards, with Tom Baker and Elisabeth Sladen, two of Brian Cox’s favourites. He is fan on a large scale, recently appearing in an episode, when he was called upon to help explain what is going on when mysterious black cubes start falling from the sky? In an interview for The Telegraph at London he said “I am also a huge fan of Matt, so it was a tremendous honour to be part of one of the great institutions of British television”. For his own television series Brian Cox has travelled to the most extreme locations on earth, explaining how the laws of physics carved natural wonders across the solar system. His journey to the tallest mountain, the bottom of the Pacific Ocean and the world’s driest desert provided explanations, through their very make up and formation, about the many wonders of the universe, including the evolution of humankind.

Speaking in September 2012 at the British Science Festival in Aberdeen, where he was unveiling a plaque in memory of Nobel prize winning physicist George Paget Thompson, Cox reported BBC News, ‘considered that public engagement, in whatever guise, was absolutely key to the future sustainability and grown of British Science’. He also stated it was ‘crucial to maintain a wider interest and to nurture children and students to be the next generation of scientists and engineers’. 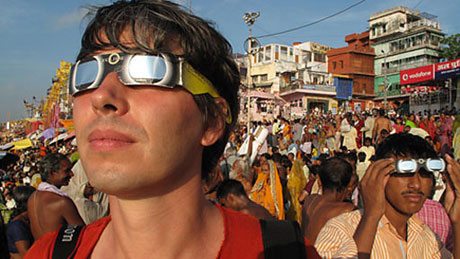 Cox is one of many public intellectuals, whose reasoned ideas have an enormous impact on a broad swath of society, and he practices what he preaches. His BBC productions the Wonders of the Solar System in 2010, named best documentary series of the year, was followed up by the Wonders of the Universe in 2012. They have both attracted and inspired already a whole new generation of stargazers and prospective scientists. Cox was appointed Officer of the Order of the British Empire (OBE) in the Queen’s 2010 Birthday Honours for services to science.

On 15 March 2011, Cox won Best Presenter and Best Science/Natural History program by the Royal Television Society for Wonders of the Universe. On March 25, 2011, Cox won twice at the Broadcasting Press Guild Awards for ‘Best Performer’ in a non-acting role, while Wonders of the Solar System was named best documentary series of 2010.

Sir Patrick Knight awarded him the Institute of Physics President’s medal on October 3, 2012, following which he gave the speech on the value of education in science and the need to invest more in future generations of scientists that attracted so much attention. He’s an excellent communicator, which has been proven in some of the interviews he has been involved in on popular television shows like the Graham Norton Show in England in 2011. He appeared alongside Sigourney Weaver thanking her for inspiring much of his own journey, through her involvement in the world of sci-fi.

In October 2012 Cox was awarded an honorary Doctorate at the Open University. He is brilliantly bringing back into present focus, the fervor and fever that surrounded science and engineering during the space race in the 60’s in America, when generations of children and young adults were inspired to learn and grow their knowledge.

Winning a ticket to Sydney to the Opera House for November’s landmark conversations down under seems to be the only avenue now open for those wanting to attend, which is sure to inspire a great deal of competition. http://www.bbcaustralia.com/briancox

“If people don’t have an understanding of what science is and what scientists do, then they can tend to think that global warming, for example, is just a matter of opinion.”** 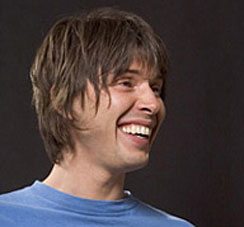 Albert Einstein always knew that curiosity had its own reason for existing. Brian Cox is helping the wider community understand that this is a new time for science.

In 1963 when the Beatles were singing Love Me Do Brian Cox was still a twinkle in his father’s eye. By July 1969, when he was not yet one year old and sitting on his mother’s knee Neil Armstrong was taking one giant leap for mankind.

If in the future we are all called upon to help governments make decisions about science and technology, then we all need to be better informed and scientifically literate to aid the process. Its certainly great to know that the X generation’s boy wonder Professor Brian Cox is on our case.

He is certainly on ‘top of the world’ in more ways than one, an impressive individual, a splendid advocate for science and, quite literally, the hottest ticket in town. The paradox of King George III (1738-1820) of England’s life is that it was only in madness that he won the affection and admiration of the country that his private qualities had long deserved. His first breakdown had been in 1765 but the collapse of 1788 was the most serious…