Today the measure of great art is not only just about looking, but also about seeing and feeling. It demands that we accept and explore the whole range of human emotions we have available to us.

Attend one, or all of the great music events, to be held in various venues around Brisbane in Queensland, Friday 8 – Saturday 16 April 2016 at the multi award winning Brisbane Baroque Festival 2016.

Masterminded by Directors Leo Schofield AM and Jarrod Carland with the support of Government, sponsors and supporters, the Brisbane Baroque Festival 2016 will present music from an age when marvellous music revealed all by its purity, reflecting all that was good about life, especially an awakening love of nature.

“… without an audience there can be no art” observes Schofield, the former journalist, advertising professional and director of many great art festivals, who is also renowned for delivering the exceptional, the rare and the beautiful to audiences who lap it up. Sweeping all before it, the Baroque is truly beautiful music, which is all about enriching the mind, spirit and soul.

Due to an established connection with the Gottingen International Festival, the opening opera for the Brisbane Baroque Festival 2016 will be Agrippina by German born London based composer George Frideric Handel (1685-1759).

When this opera premiered first in Venice at the Teatro San Giovanni Grisostomo (Malibran) on 26th December 1709, it was an immediate success. Everyone was full of praise for the quality of the beautiful music, whose words related a tale of scheming in ancient Rome.

Rarely heard down the years since it has today become part of the continuing Handel revival of the late 20th early 21st century.

What is considered Handel’s first operatic master work, Agrippina is full of freshness and musical invention.

Written on Venetian paper in only three weeks of production, with Agrippina Handel adapted some of his own oratorios and cantatas and borrowed music from other sources, which was normal musical practice at the time. 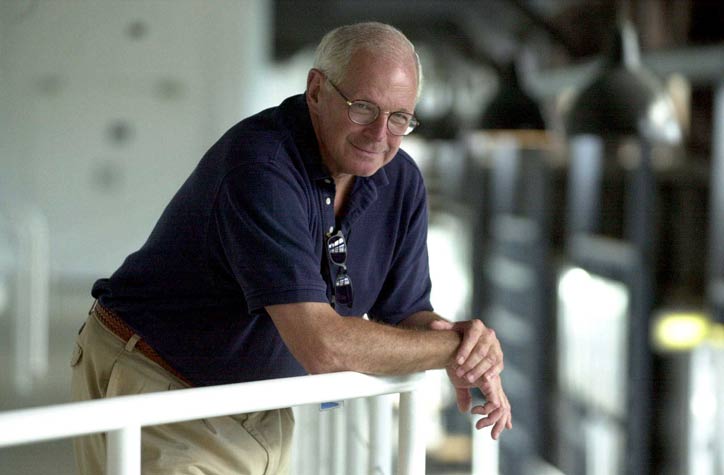 Handel borrowed extensively from earlier oratorios and cantatas and from works by other composers to complete his wonderful score, including the music of Italian musician Arcangelo Corelli (1653-1713) and King Louis IV of France’s favourite musician Jean-Baptiste Lully (1632-1687).

The French-style overture is a two-part work with a simply thrilling allegro. Five vocal numbers, are also based on earlier works, significantly adapted or reworked. Such great sopranos as Julia Lezhneva, jewel in the crown of Hobart Baroque Festival in April 2014, Simone Kermes and Renee Fleming have recorded some of its most glorious arias and their albums would also make sterling Xmas presents.

They can be found on iTunes and bought individually or in albums. The Brisbane Baroque Festival 2016, includes a gala celebration of music both sacred and secular from German composer Johann Sebastian Bach (1685-1750). Bach: Music in the Castle of Heaven will be under the inspired direction of Gordon Hamilton.

Trained for the priesthood and with red hair, he has become known affectionately as the Red Priest, and his works will feature a great deal in the Brisbane Baroque Festival 2016.

The program will be presented in a variety of venues all over Brisbane city.

This will include the ecclesiastical architectural gems and the finest example of the English Gothic Revival style in Australia St. John’s Anglican Cathedral as well as the Arts and Crafts styled church built of red brick on Red Hill, St. Brigid’s.

In the Concert Hall at the Queensland Performing Arts Centre (QPAC) you will be able to enjoy a number of wonderful concerts, including the virtuoso playing of Mahan Esfahani.

His skills on the harpsichord can be discovered on his recording of German coposer C.P.E. Bach’s Württemburg Sonatas, which garnered a Gramophone Award and a Diapason d’Or.

As well his complete keyboard works of French composer Jean-Philippe Rameau was named in the New York Times Critics’ List of Top Recordings of 2014.

Under the Rotunda at Brisbane City Hall you will be able to enjoy works by the great English composers Henry Purcell (1659-1695) and John Dowland.

Purcell started his brilliant but short career in music as a chorister in the Chapel Royal during the restoration and reign of Charles II and Dowland was a poet of the early music style and an English original. Some of Dowland’s songs dealt with amorous subjects and are lively, animated and emotional, full of subtlety and with brave, bold harmonies

Their works will be coupled with compositions by lesser-known but equally skilled composers such as Matthew Locke, John Playford, John Jenkins and Christopher Gibbons on the Latitude 38: Royal Consort program.

A semi-staged performance of British composer Henry Purcell’s rarely performed opera King Arthur under the glass rotunda in Brisbane City Hall will also be sure to provide a special experience. Check out the Brisbane Baroque Festival Program 2016 for yourself.

Agrippina  |  Bach: Music in the Castle of Heaven | The Red Priest: Viva Vivica + Vivaldi | King Arthur | Mahan Esfahani | The Art of the Countertenor | Latitude 37: Royal Consort | The Red Priest: Woman of the Pieta | Red Priest at the Red Church on Red Hill | [email protected] Series | All Stops Out

Being a collector of antiques and art offers many challenges, the use of antiques in traditional or modern settings is desirable; the lure of the past is strong