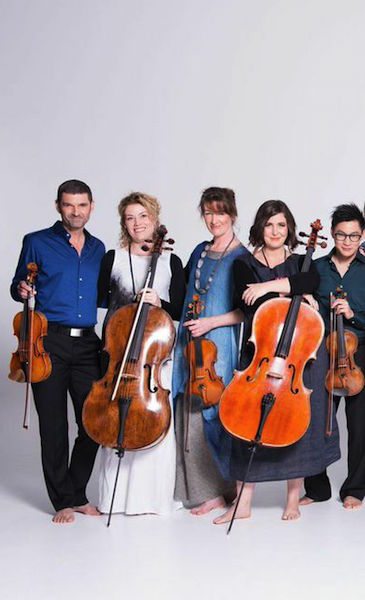 The simply splendid Camerata of St John’s based in Brisbane, has gained an impressive record of artistic achievement by being flexible in its repertoire, reinterpreting the classics while embracing the new. Their next performance will be for Brisbane Baroque 2016.

While safeguarding form and structure Antonio Vivaldi captivated audiences with his intrinsic love of drama and poetry in music.  He showcased his brilliance by infusing his compositions with a ‘sorcery of sonority and colour’, contrasting with the intimacy of his admiration for pastoral tenderness.

A late Baroque instrumental composer of universal significance, Vivaldi’s dynamic imagination drove him to the bountiful domain of ensemble music.

During his lifetime what was paramount was that the hero of any work was a virtuosic vocalist. The hero may have looked like, sounded like, and actually have been a female soprano, however the idea she was any less a hero because of it, would never have crossed their minds.

Founded first in 1987, the Camerata of St John’s is now known as Brisbane’s ‘dazzling chamber music orchestra’. Its reputation for excellence has been achieved since it went professional in 2005, under the direction of much acclaimed orchestra leader and virtuoso violinist Brendan Joyce. First up the RED series will present the exclusive Australian concert debut of internationally renowned American vocally distinctive, theatrically engaging virtuoso mezzo-soprano Vivica Genaux, much admired for her ‘prowess as a singing actress’.

This concert will take place April 10 in the Concert Hall at QPAC in South Brisbane.

Locals and visitors will be sure to welcome Vivica Genaux, renowned for being a pre-eminent interpreter of Baroque and Bel canto music.

During her career to date Vivica Genaux has collaborated with many of the world’s most respected artists, ensembles, and conductors. Débuting at The Metropolitan Opera in 1997 with her most-performed role to date, the role of Rosina in the opera Il barbiere di Siviglia by Italian composer Gioachino Rossini 1792-1868. The fortress like entrance to the Red Church on Red HIll where you can hear music by the Red Priest, Antonio Vivaldi, during Brisbane Baroque 2016

Complimented on her ‘very good performance’ the day afterwards, she did not recognize her lead tenor Bruce Ford from the night before.

Youth and nerves and being called in at the last minute, meant she only ‘met’ those singing with her ‘on stage’ all costumed up.

On Wednesday April 13 the Camerata of St John’s will offer a superb second RED: The Red Priest in the Red Church at Red Hill.

This concert will take place in the historic St Brigid’s Catholic Church built 1912-1914 on the appropriately named Red Hill, a mountain like suburb of Brisbane.

St Brigid’s is an outstanding example of red brick Gothic fortress architecture, standing proud as it imposingly overlooks the city of Brisbane as an assertion of Catholicism.

Its design by NZ born Brisbane based Australian architect Robin Dods (Robert Smith Dods 1868-1920) was inspired as instructed by the ‘church committee’, on the Gothic Cathedral at Albi in France

The program will consist of a selection of stunning Vivaldi arias and works from his set of twelve concertos known as La Stravaganza. They will be interspersed with the Sonata a Cinque in A Major, Op.2 No.3 by Tomaso Albinoni (1671-1751) and the Violin Concerto No.1 in D Major by Johann Pisendel (1687-175).

The bountiful bevvy of works by Vivaldi, include his Canticum Choir on the lawn at St Mary’s Kangaroo Point, with Brisbane City as a backdrop The final concert RED: Women of the Pieta will be held in the stunning surrounds of St John’s Cathedral on Friday April 15 under the baton of Emily Cox leading the women of Brisbane’s admired Canticum Chamber Choir and the musicians of Alchemy

Architect Robin Dods who completed St Brigid’s was also first architect for St John’s Cathedral at Brisbane, the firm he worked for retained by the diocese of the Anglican Church (historically Church of England).

Robin Dods was chosen to supervise the erection of the first stage, taking responsibility for building this the last Gothic Revival style building in the world to be completed and possibly the finest example of a design by the renowned English nineteenth century architect J. L. Pearson.

When the ambitious first stage of the St John’s Cathedral project first opened in 1910, under Robin Dods’ instruction only the east end, transepts and two bays of the nave had been completed. He also completed Church House, which held the Cathedral offices.

The great west end of the Cathedral was completed during my time living in the precinct (2000-mid 2005) and consecrated as a whole in 2009.

During Antonio Vivaldi’s lifetime glorious voices, bravura orchestras, librettos of passion, political intrigue were prevalent at Venice, definitely the place to be for upwardly mobile Venetians. Antonio Vivaldi was born and brought up near the Ospedale Della Pietà a charitable home for illegitimate daughters of Venetian noblemen during his lifetime.

First founded as a place for Crusaders to stay, the ‘Pietá’ became a charitable institution funded generously (mostly anonymously) by the noblemen who kept it filled with children born by their mistresses.

During the eighteenth century Vivaldi taught at the Pieta, which would become known as a high-ranking school of music.

Visiting English musician Dr Charles Burney (1726-1814) father of writer Fanny Burney would record ‘the band here is certainly very powerful, as there are in the hospital above a thousand girls, and out of these, there are seventy musicians, vocal and instrumental’.

The Canticum Chamber Choir founded in 1995 by Emily Cox has over the decades since, reached a high level of musical experience and expertise by providing many memorable musical experiences, many of which I was privileged to enjoy whilst living in the precinct of St John’s Cathedral where the Camerata of St John’s was reborn.

Brisbane Baroque Festival 2016 promises to be an all encompassing experience for locals and visitors alike.

Red Priest at the Red Church at Red Hill – April 13