Baroque music reflects a time when an awakening love of nature swept all before it and the people’s spirit was gradually reinvigorated by a love of life. It unites splendour and ingenuity and many consider the works of its composers have never been surpassed.

The Brisbane Baroque Festival 10 – 18th April, 2015 will offer an opportunity for the people of Brisbane and those who travel nationally or internationally,  to encounter great composers, great musicians and above all, great voices. There is a splendid a range of events at various prices, including some that are free.

Festivals of great classical music offer us all an opportunity to glimpse the nature of sounds expanding a harmonious life within our cities, and in the case of the Baroque music style (c1600 – 1750), providing an entertaining and joyful experience for everyone. Music creates camaraderie and has been proven medically to have many therapeutic qualities, including providing an atmosphere wherein calm can prevail in our busy world. The Queensland Government is supporting one performance exclusive to the Brisbane Baroque Festival 2015.

He will be accompanied by the exhilarating ensemble the Camerata of St John’s and the festival’s artistic director Leo Schofield AM expects that he will be ‘dazzling’.

Once he attained adulthood he retrained, continuing to achieve great success since as a male soprano, producing sublime performances on opera stages and concert platforms throughout the world.

He aspired to and has reached the highest sounds possible by a male human voice, giving powerful performances of soaring vitality.

His Venezia program delivered 2013-2014 in famous venues from St Petersburg to the splendour of the sublime petite Rococo marvel the Cuvillies Theatre in Munich and the Theatre des Champs-Elysees at Paris, was wildly successful and highly acclaimed.

He has sung in most of the great opera houses and concert venues of the world, and his solo recital at the Chateau de Versailles must have been a highlight.

Max Emanuel Cencic is the artistic director of Parnassus Arts Productions, which is an artist agency and production company, presenting great works of the Italian Baroque on stage. 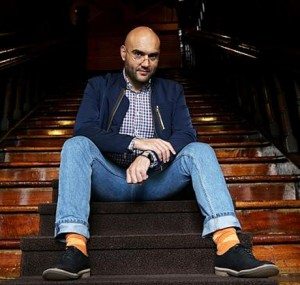 Many critics regard him as the ‘undisputed singing god’ among the world’s great countertenors who include the pure-voiced Australian guy who sings high David Hansen and sensational bad guy who became a good guy Xavier Sabata.

Led by Brendan Joyce, The Camerata of St John’s is a Company in Residence at the Queensland Performing Arts Centre (QPAC), who were formed originally in 1987 by Elizabeth Morgan AM as an idealistic ensemble.

She reformed it again as a professional chamber orchestra in 2005.

One of the leaders of the original Camerata, Brendan performs on period instruments and is a commuting member and guest concertmaster of the Australian Brandenburg Orchestra.

Over the centuries the instruments that have been played and the voices that have either sung, or narrated to music, have been a powerful force affecting the lives of many people.

Music that reflects on the richness of our diversity in development helps us to acknowledge other cultures and learn how to respect and value various art forms, inspiring both social and creative innovation.

The age of the Baroque and its grand manner took place during a time when church and state were in conflict.

Its rich legacy of form, colour and splendour came about as society progressed from the 17th into the 18th century as each new generation seized the reins of social and cultural life, much like is happening today. Max Emanuel Cencic’s performance should provide patrons with a very special experience. This will be a unique concert on a stunningly imagined program for Brisbane Baroque 2015, as the highly-acclaimed countertenor headlines the inaugural year of this splendid festival now based in Queensland.