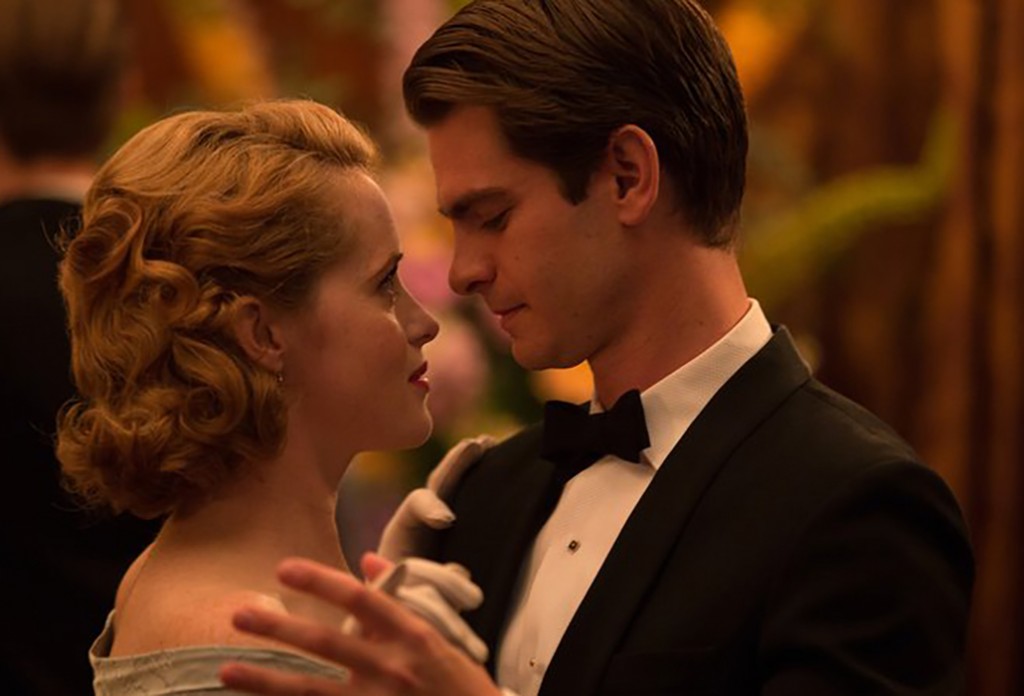 Opening Night of the Cunard British Film Festival at Palace Cinemas Como, Melbourne, Thursday night October 26, 2017, ended with applause from the packed-out audience who were offering their appreciation for the emotive experience of the first night film: Breathe

It tells the story of a handsome young couple Robin (Andrew Garfield) and Diana (Claire Foy). who meet at a cricket match in 1958.

During the first year of their marriage they have every reason to believe they will share a happy and fulfilling life together. From day one, these are two people who don’t want to spend a moment apart, especially after Diana announces she is pregnant with their first child. 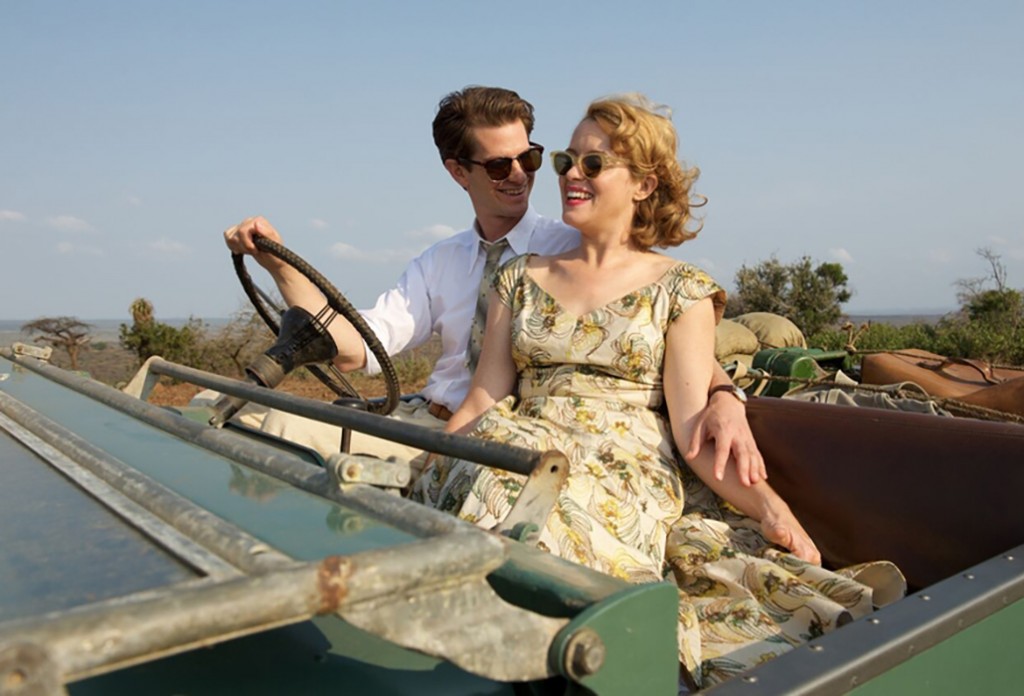 Having been an army captain as a young man during WWII, Robin Cavendish has transformed himself into a trader in tea. This necessitates a trip to Kenya, where he pilots his own plane offering Diana stunning views of the beauty of its seemingly idyllic landscape.

They are dancing, wining and dining and generally enjoying their extensive journey, when with little warning Robin collapses following a tennis game. Within a day or two, he is completely paralysed from the neck down.

The ensemble cast who play their family and friends, including the marvellous Tom Hollander as Diana’s twin brothers and Hugh Bonneville as Robin’s best friend, are all rich in talent and joi de vivre. An impressive directorial period film debut by Andy Serkis, Breathe tells the story of how Robin and Diana must both come to terms with him suffering from the scourge of the twentieth century; poliomyelitis.

Rushed to hospital where he is diagnosed before being loaded onto a cargo plane to take them back home to London for treatment, after all the tests are completed they are stunned to learn Robin will be permanently disabled.

Robin is now on a respirator, which is breathing for him and he will need it for the rest of his life. There is no hope at this point in medical science of him ever moving his body or any of his limbs again and as such, he will require constant care living his life in a hospital bed. This is a condition however, he and Diana are not prepared to accept. 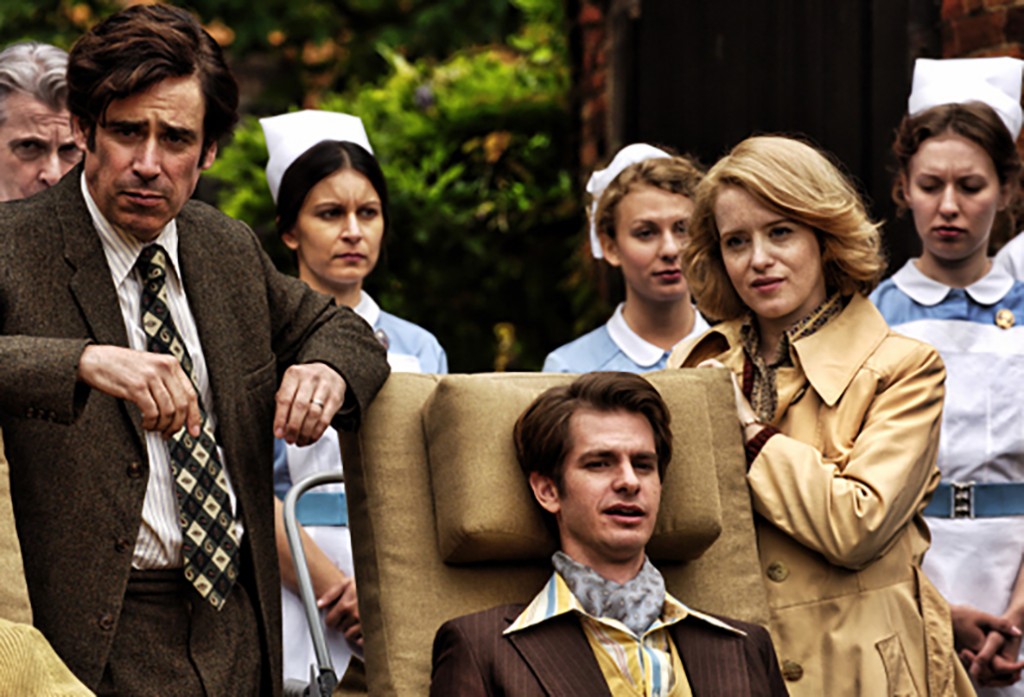 This story is based on the truth about Robin Cavendish and his ingenious friend Teddy Hall (Hugh Bonneville), who invented a ‘breathing’ wheelchair so his best pal could ‘get out and about, is in a word, breathtaking.

Claire Foy has an intuitive sensitivity beautifully realised. Andrew Garfield gives an outstanding performance, using only his face to convey all the emotions he feels.

He is telling the story about how he and his family and friends have some truly amazing times and fabulous adventures together and they are so happy and fulfilling you will want to join in.

What the Cavendish family get up to is often hilarious, always deeply touching and heart-rending, allowing Robin to live a rich and full a life as possible. This helps him fulfil the dream of his wife Diana, that he would live and help her to raise their son together. Jonathan Cavendish produced the film. 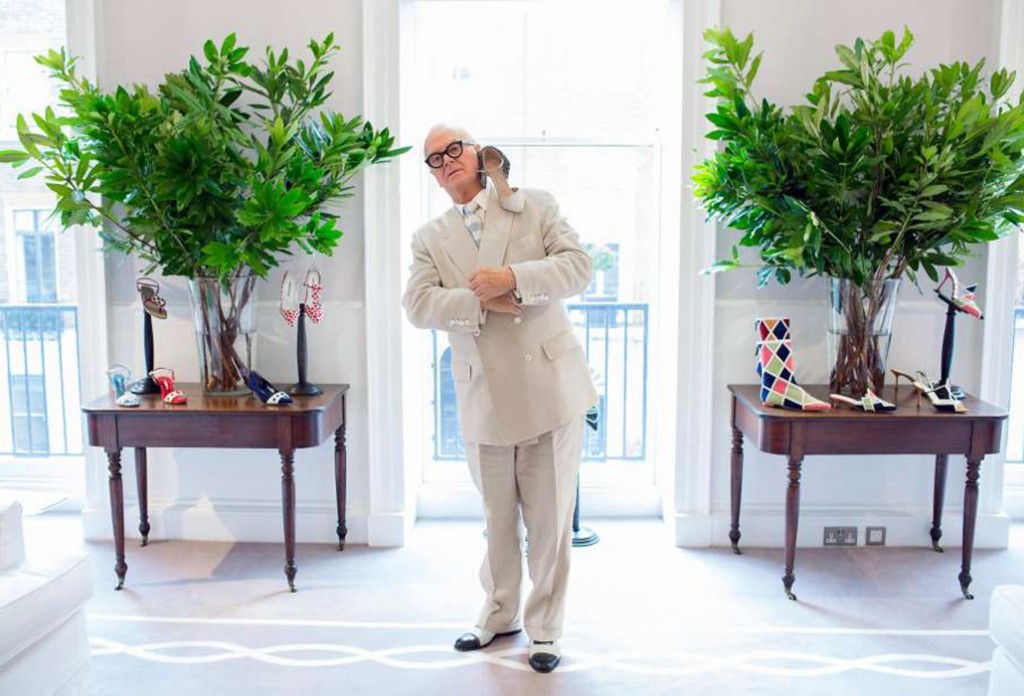 MANOLO: The Man Who Made Shoes for Lizards is a self serving documentary about fashion’s shoe guru Manolo Blahnik, whom it seems has many people worshiping at his flawless feet, including a very animated Anna Wintour waxing lyrically about his talent and his ‘pumps, mules and kitten heels’. Goodness, we have never seen her so animated! 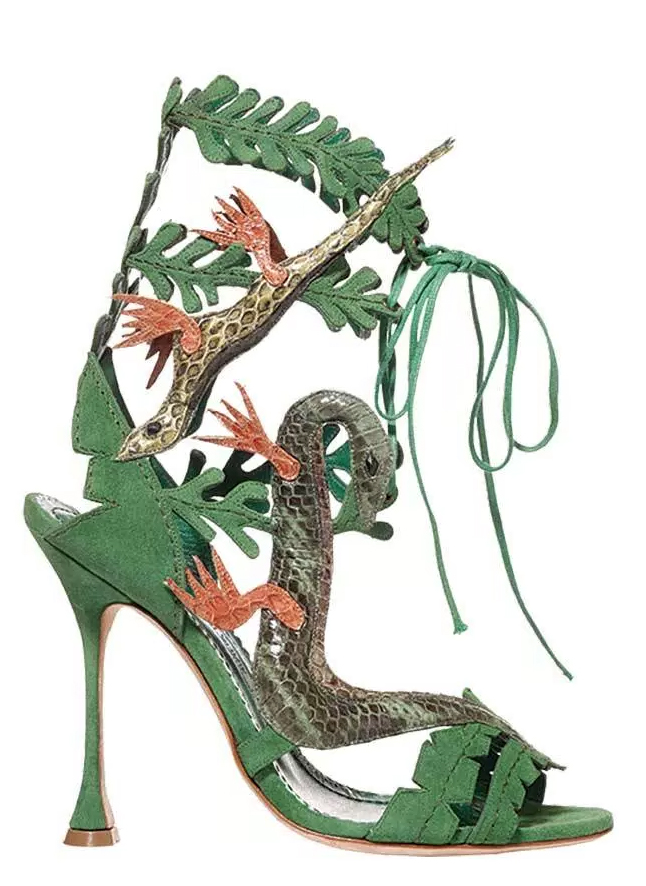 One of the so-called ‘beautiful people of 60’s and 70s London, Blahnik basically became famous during the 90’s because Carrie (Sarah Jessica Parker) wore his shoes in the long-running successful television series Sex in the City.

This meant the X Generation, for whom this was a defining series, were out in full force for this ‘special event’ aspect of the British Film Festival, giving them an opportunity to worship at the font of fashion, while drinking cocktails.

It started well with great graphics and my companion and I had high hopes of seeing a story that included the manufacture of the ‘absolutely fabulous’ shoes that gave Manolo fame and fortune.

For the first half an hour at least, we were quite engaged… his childhood and the lizard part of the story being very cute. However, except for watching him file down one heel to suit his current aesthetic in his factory, we were out of luck.

I must say I felt my own interest waning despite Manolo seeming a sweetie in his lovely pastel suit with white gloves, constantly dazzling us with his own fame and celebrity, personally I found it all a bit empty of either style or substance.

I also found it hard to believe the younger members of the audience, who packed the session, were expecting to see an ‘old man’ talking about himself for over 1.5 hours, despite this being the age of me me and let’s not forget, me.

MANOLO: The Man Who Made Shoes for Lizards
2.5/5 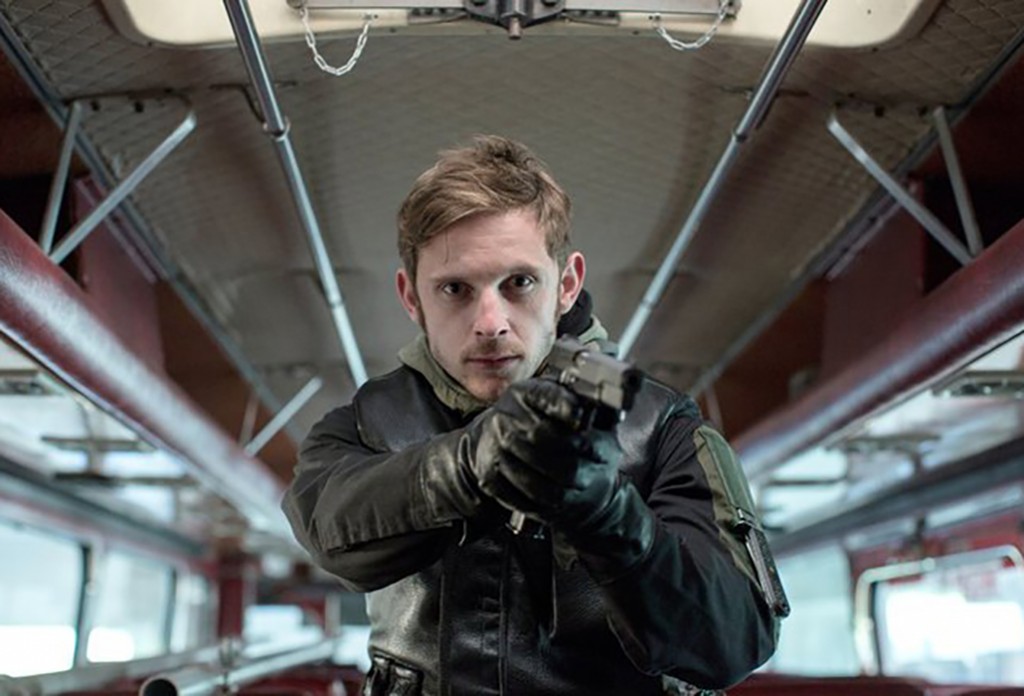 Dramatizing the 1980 Iranian Embassy siege in London 6 DAYS is a tense and faithful account of the events that took place April 30 to May 5 that led to the successful liberation by SAS forces of twenty-four of twenty-six hostages taken by six gunmen from the Democratic Revolutionary Front for the Liberation of Arabistan.

They took charge swiftly and assuredly, occupying the Iranian Embassy in Princes Gate, London where they demanded the release of Arab prisoners in the Khuzestan Province of Iran in exchange for their own safe passage out of the UK.

It was clear they were not expecting the events that followed as hostage negotiator Max Vernon (Mark Strong) gradually forms a bond with Salim (Ben Turner) the leader of the group. 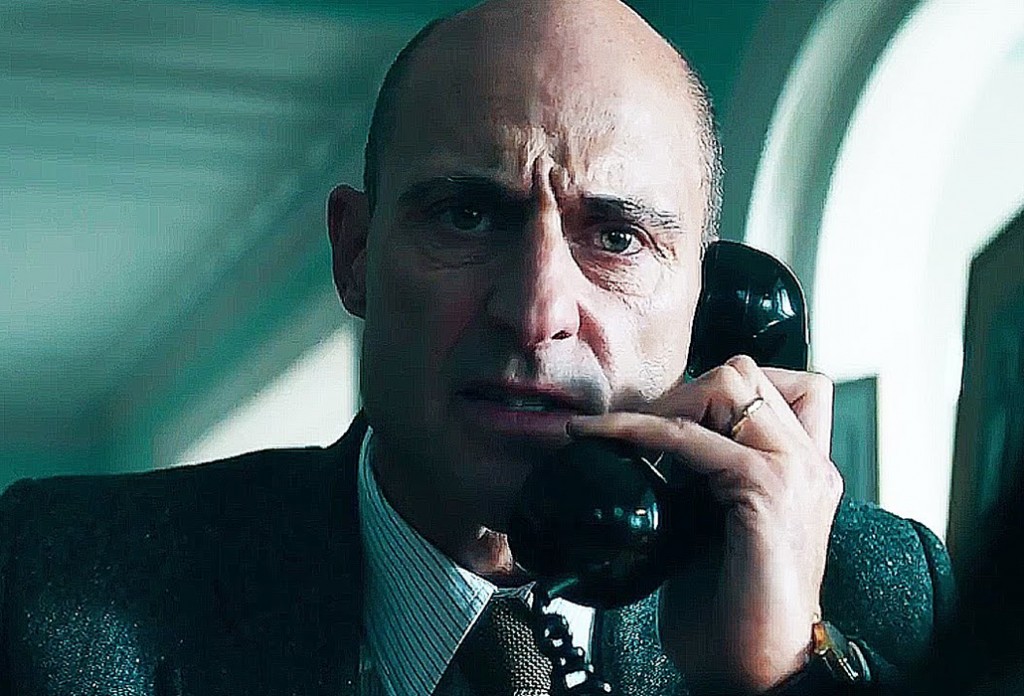 He was instructed to keep the terrorists at bay from shooting anyone for six days, while the government, army, police and special forces worked through all their options to come up with a successful strategy.

The Iron Lady earned her name here, Margaret Thatcher just recently elected Prime Minister, gave her special forces permission to go in after the terrorists had fired the first shot, which happened when a hostage was killed as the terrorists fought amongst themselves.

Thatcher knew the whole world was focussed on her actions and if she didn’t take a hard line at this point, it was likely that all hell would break loose in the future.

This film takes us behind the scenes of how it all unfolded both inside and on the outside where the press camped out at the end of the street, scoring points off each other. 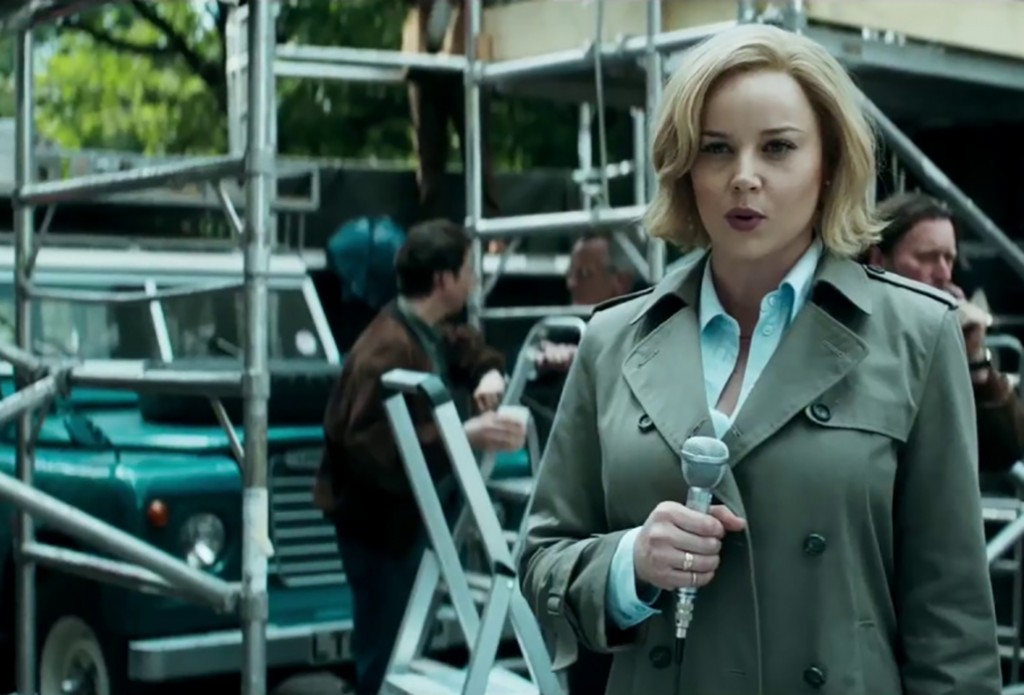 They included the gutsy Kate Adie (Abbie Cornish), a BBC News Reporter who with her camera man stood their ground as their colleagues fled as the assault began, capturing all the defining images of the siege.

Jamie Bell plays Rusty Firmin a member of the actual assault team, who practiced for day in makeshift rooms laid out in a warehouse, to mirror the conditions they would find inside the Embassy.

They went in through the front windows where the press would see them (PR is important) as a diversionary tactic, taking the focus off the main group who went in through an inner light well not visible from the street. 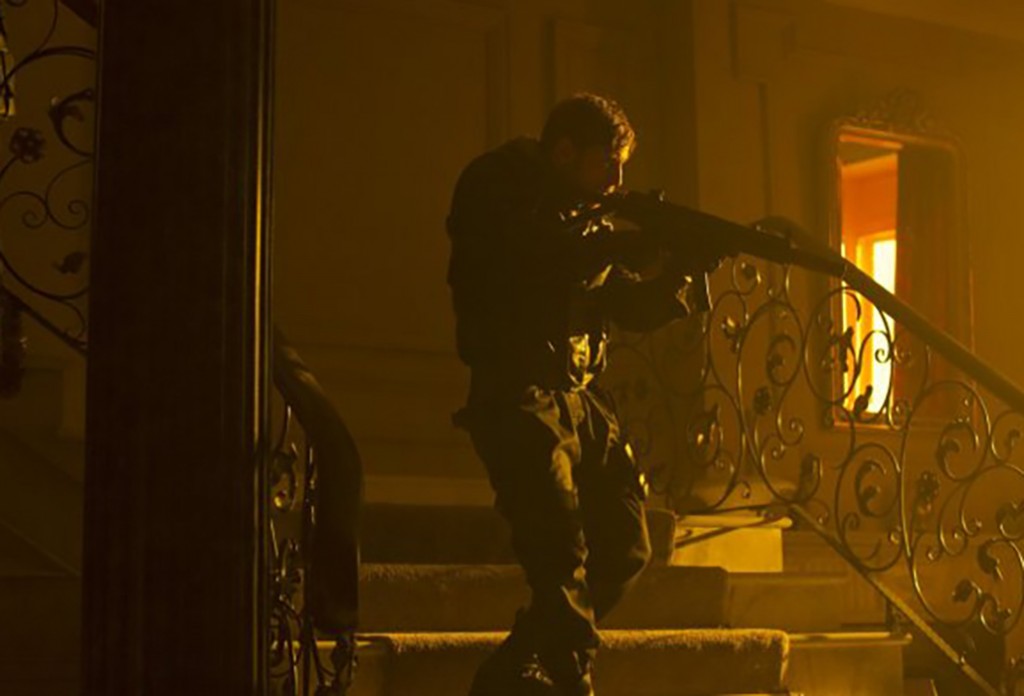 The finale is executed impressively, it is sleek, slightly clinical as would be required, ensuring the majority of the hostages survived. It certainly held my attention all the way through.

This is a tense thriller, short on emotion except for perhaps the fine performance of Mark Strong, who becomes so bonded with Salim he starts focussing on saving him over the hostages, until he’s jolted back into reality and into line by a colleague. 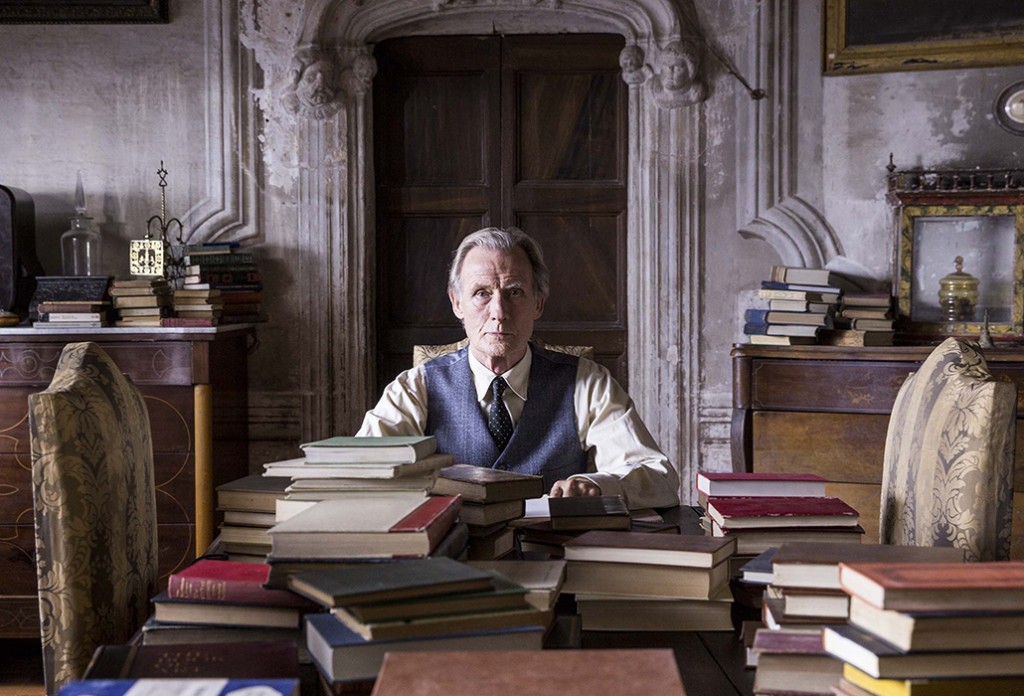 This is a period film set in the small coastal town of Hardborough, Suffolk in the 1950s featuring Emily Mortimer as Florence Green, Bill Nighy as Mr Brundish, Patricia Clarkson as Violet Gamart, Honor Kneafsey as Christine and James Lance as Milo North in an adaptation of a novel by Penelope Fitzgerald.

This is an introspective movie, one of those English gems you will think about long after you have left the theatre. My companion questioned if the story was worthy of a film.

Interestingly enough, the book when it was released in 1978 was shortlisted for the Booker Prize. Isabel Coixet wrote the screenplay and also directed the film.

The story is all about small town politics and the extent some people will go to manipulate others. It doesn’t matter who they trample over or whose lives they ruin along the way, as long as they succeed in the end. 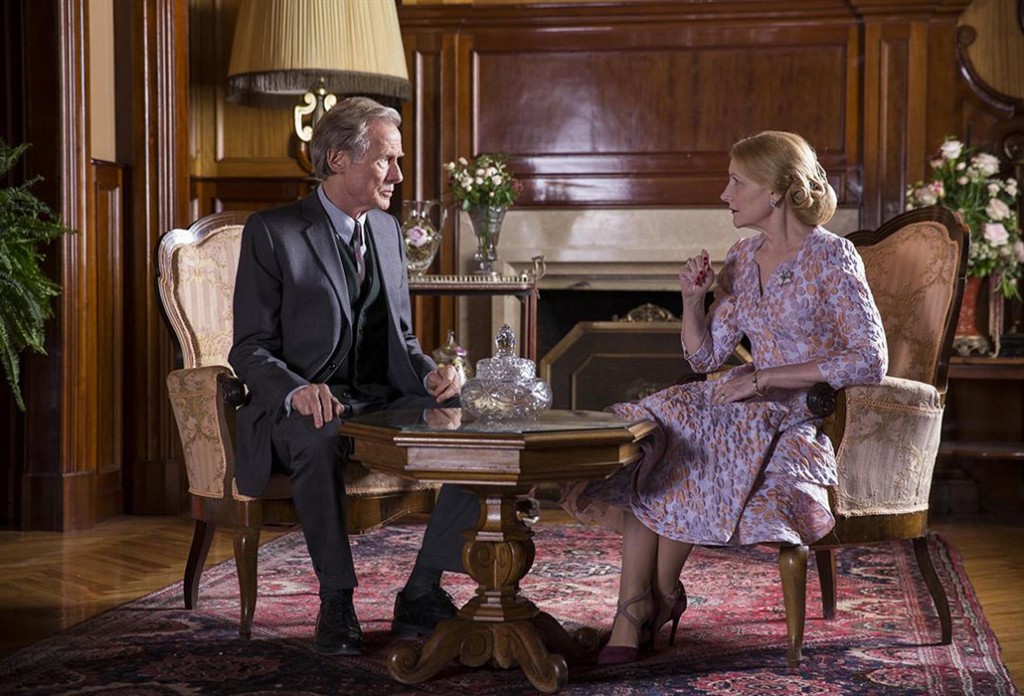 She has ambitious plans to turn an old historic house at the end of the village that has been empty for some time, into an arts centre. This will allow her as its manager, to showcase her benefaction to the villagers. She loves ‘fame’.

The quiet and unassuming Florence Green arrives in town from London, having been left the ‘old house’ , which has been vacant for over five years by her Uncle in his will and she moves in, much to Violet’s chagrin. 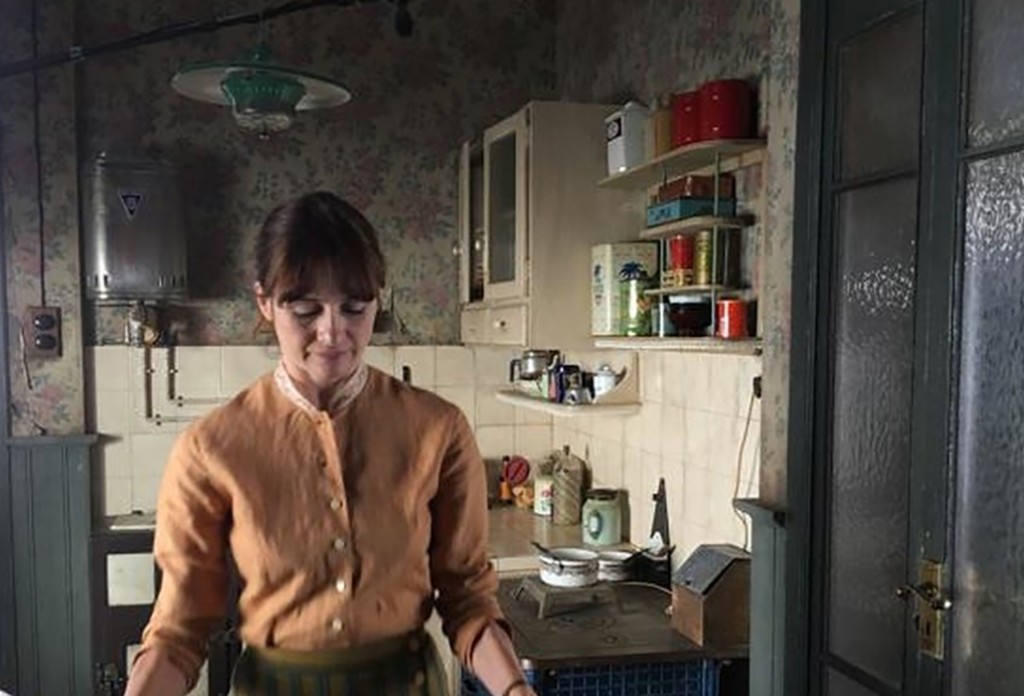 Florence has a vision for turning it into a bookshop and is an earnest innocent in so many respects. She doesn’t really understand what she has taken on and doesn’t realise everyone in this town is basically on ‘Violet’s’ side as they are too terrified to oppose her.

Invited to one of Violet’s fancy cocktail do’s, Florence enlists the aid of the village dressmaker who presents her in a red dress, sure to fan the flames of all those lined up already without her knowledge, seeking to take her down, including the ‘dressmaker’.

Violet, to achieve her aim after meeting Florence realises she has a fight on her hands and so manipulates her nephew in government in London to bring about a change in English law where legally, she can swoop down and wrest the historic house from this interloper. 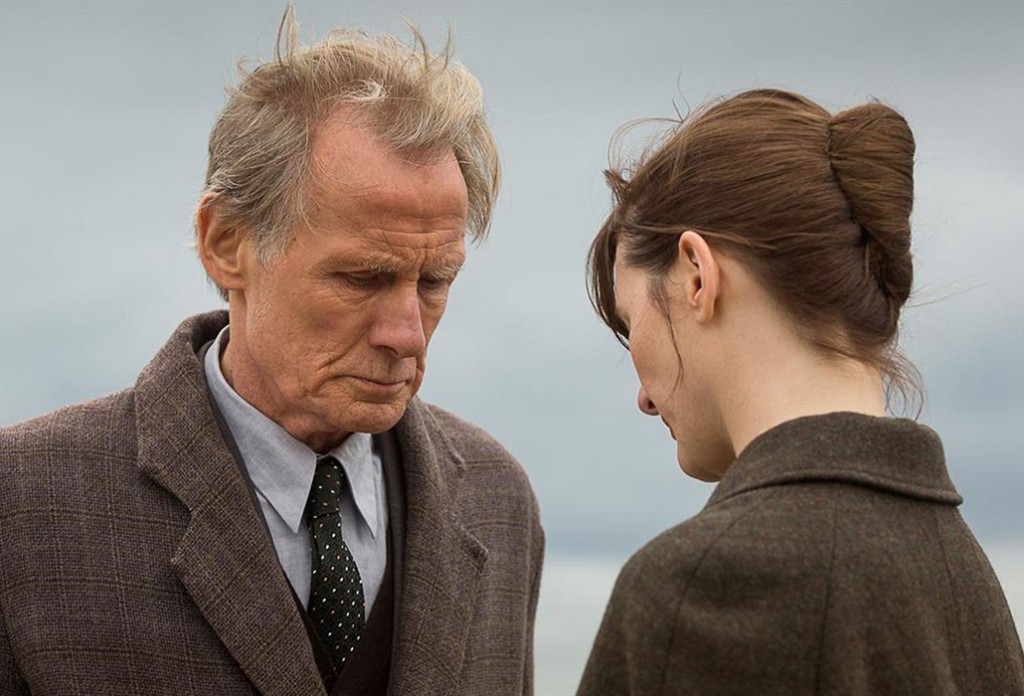 The only people seemingly on Florence’s side are the 13 year old Christine who comes to work for her casually, and Mr Brundish, a recluse in his Georgian House, having not been outside much since his beloved wife died over twenty years ago.

Florence has endeared herself to Mr Brundish by choosing books to send him from authors he has not known, including award winning American author Ray Bradbury, whose dystopian novel Farenheit 451 captivated the public on its release in 1953.

He learns to admire this young woman who takes on the town tyrant, and wants to help her, although realistically knowing the capabilities of Violet, he also knows she doesn’t have much of a chance. He decides to give it his all, even if it costs him his life.

This is a sad story, it’s about the human condition and makes the point that every story in real life doesn’t have a happy ever after ending and while Florence inadvertently wins out over her rival in the end, it is at a huge cost.

Leader of the Australian Brandenburg Orchestra Paul Dyer is three parts musician, one part impresario, one part showman and one part musical detective. The sum of these parts is the artistic director of the orchestra he founded in 1989. The orchestra plays music from the 16th, 17th and 18th centuries…