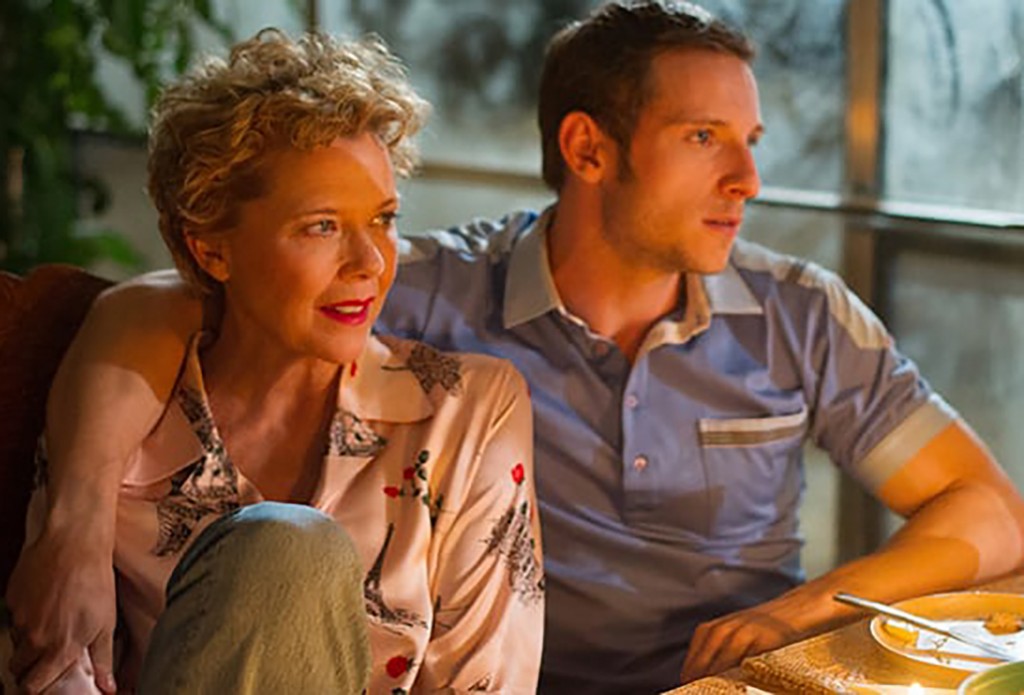 Personally, I found the experience of this movie a glowing highlight of the British Film Festival so far. There is no denying this film’s emotional force, as Director Paul McGuigan, working from Matt Greenhalgh on the adaptation of Peter Turner’s memoir first published in 1986, presents as an often moving sometimes humorous story about friendship, real love and what stardom means.

Annette Bening is marvellous as Gloria Grahame; romantic, sexually excited about her loving young man, while being both tough and vulnerable at the same time. 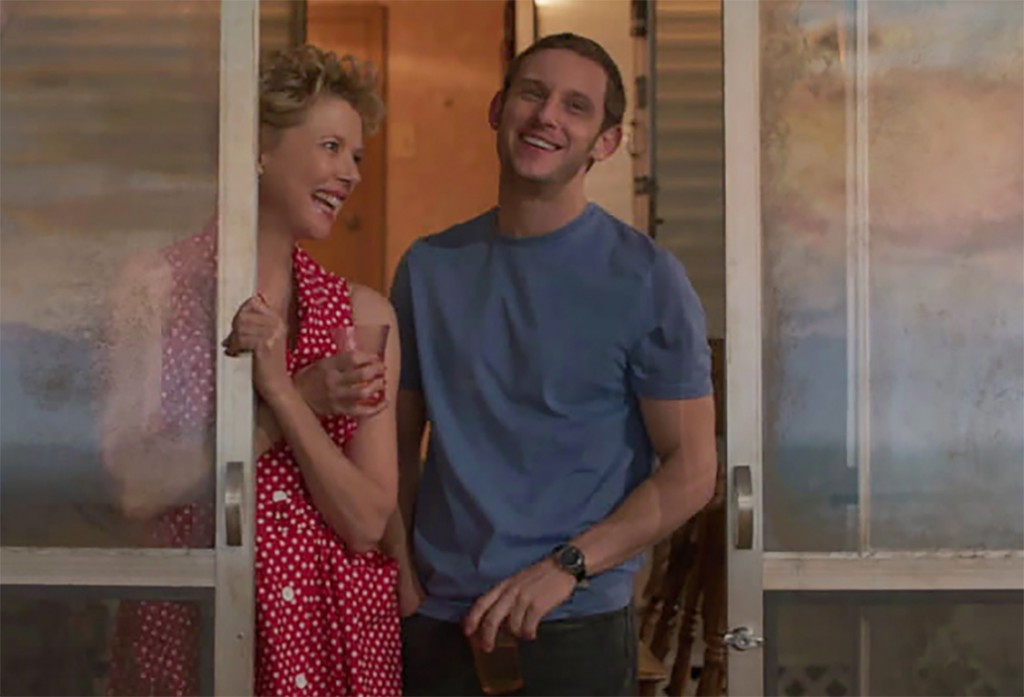 As Gloria and Peter enter into this slow seduction full of pathos, they empower the audience to enjoy a romance along with the pair of them.

I loved the relaxed ease with which they seemingly worked together.

The four times married and divorced American born Gloria Grahame and the Liverpool born Peter Turner, first met in a boarding house in London where they were both living at the time.

Movie stardom was long behind her, and she was seeking acting jobs on the stage in England. He was doing his best auditioning to break into good theatre roles. 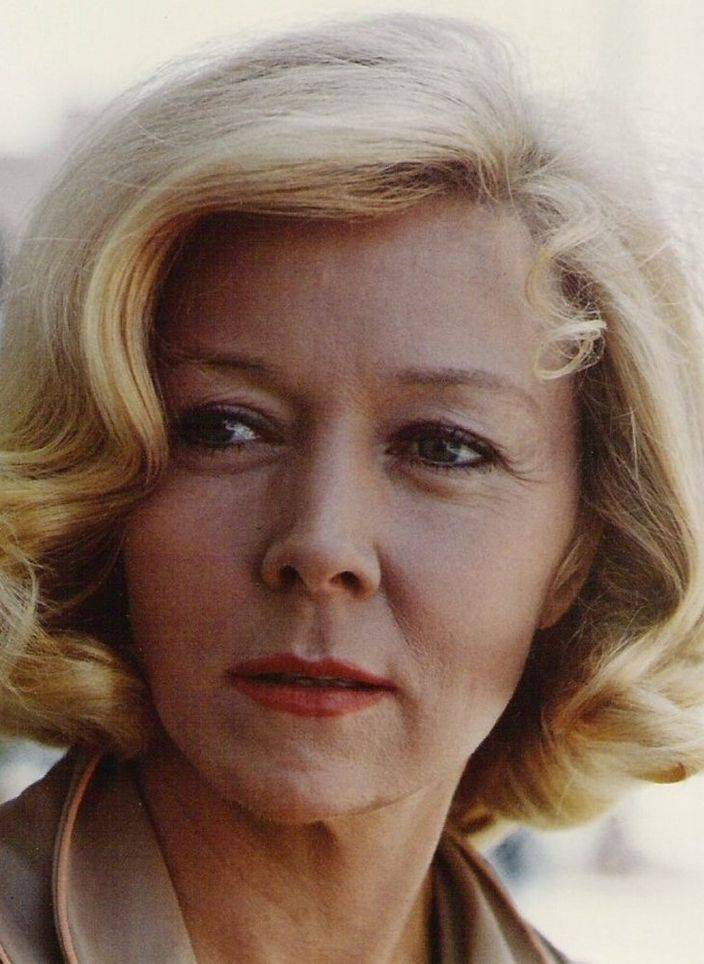 Gloria Grahame we learn loved being in London because it was the one place where she could walk the streets and shop remaining mainly unnoticed.

If anyone recognised her at all, they generally just smiled, nodded and honoured her privacy… so very different from today.

When I was growing up my sisters 12 – 20 years older than I was, admired both Gloria Grahame’s looks and her acting skills.

They were always busy imitating her sexy bang over one eye hairdo, which we find out by the time she is depicted in this film, was a wig worn over shorter hair. 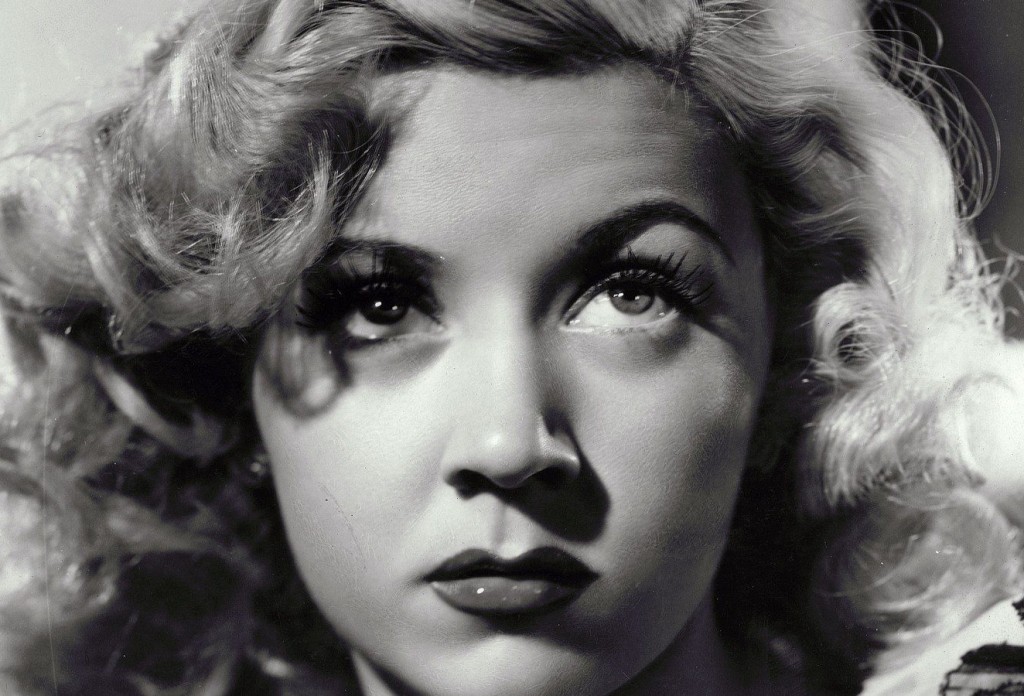 It is a fact most people today under fifty would not know who Gloria Grahame was and how she made it big in Hollywood films during the glory days of black and white film, with her distinctive voice that showcased a come hither ‘breathy lisp’.

At the peak of her success in 1952 Gloria Grahame appeared in Vincente Minnelli’s The Bad and the Beautiful, for which she won an Oscar for best supporting actress. 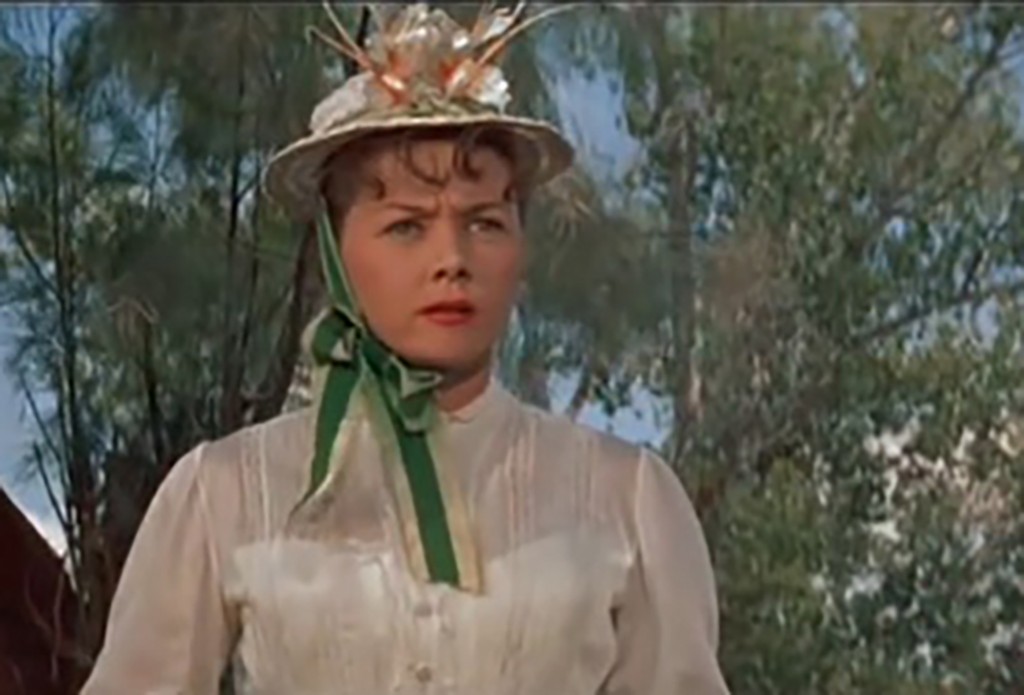 My memories of her are first hand for her truly delightful interpretation as Ado Annie in the 1955 movie Oklahoma, which was a huge hit at the movies when I was 11 years old. She sang about her being the girl who ‘cain’t say no’ and I wanted to be just like her – spunky and full of pizazz.

It appears this is a memory I share with Peter Turner, who explained in his memoir about their love for one another, “I remembered her from Oklahoma and as the one who didn’t get the man in The Greatest Show on Earth” he said.

When Peter Turner first met the ‘older’ lady in the room next to his at home “She wasn’t wearing fancy clothes, just her usual T Shirt and a pair of jeans… I was captivated. Dazzled by her style” he remembered. 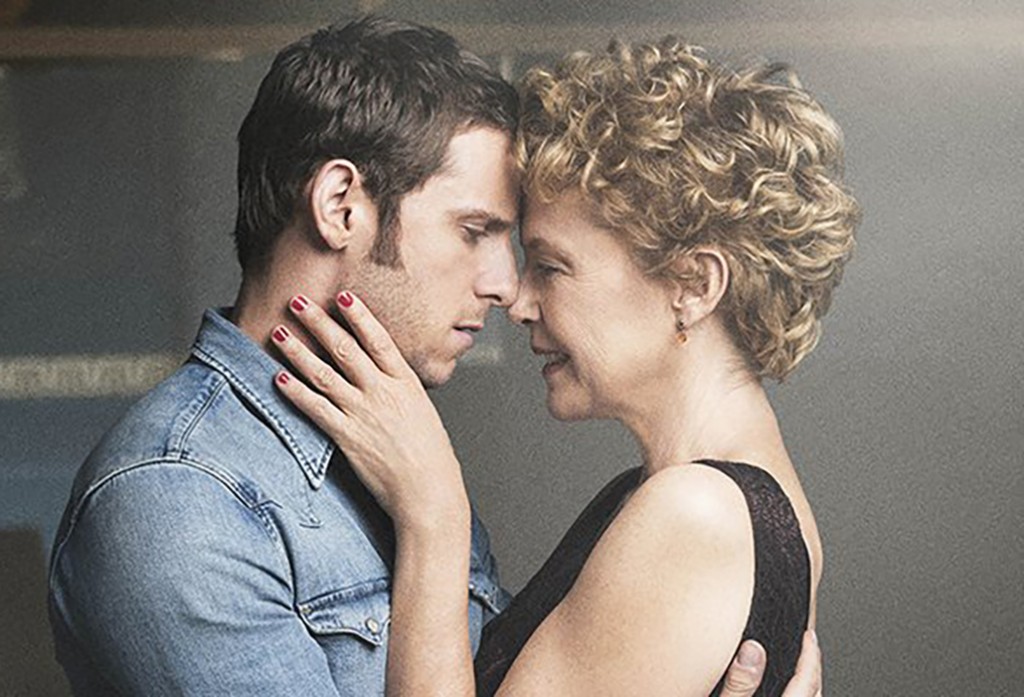 She invited him to come inside and to ‘dance with her’ in just one of many poignant scenes in the movie, where they bop around the room together like a couple of kids, completely abandoning themselves to the moment.

This sets up the style of their romance, one always lived in the ‘moment’. They certainly did not look backwards unless they were talking about her former colleagues like Humphrey Bogart, or plays they both enjoyed. 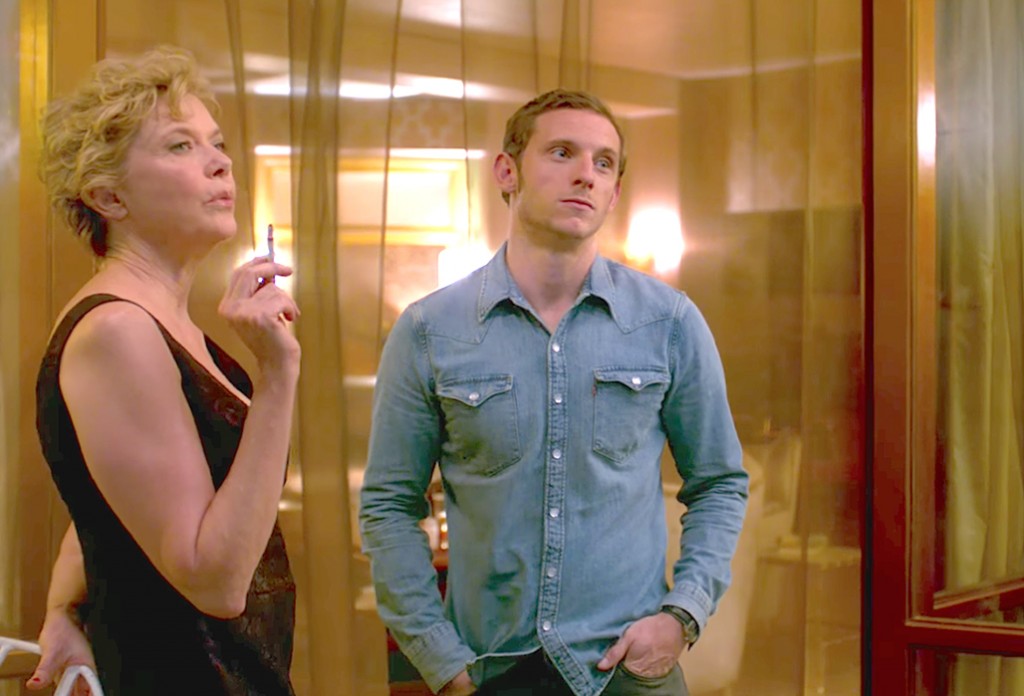 This loving couple are completely oblivious to the age difference between them as they set about enjoying their lives together in Los Angeles, New York, London and Liverpool.

Gloria hankered to be a ‘Shakespearean actress’ she tells Peter, playing Juliet in Romeo and Juliet just like her mother Jeanne McDougall, a fine cameo appearance by the great Vanessa Redgrave.

We meet her along with Gloria’s bitch of a sister ironically called Joy (Frances Barber), when she takes Peter out to California to live with her in her caravan at the beach for a while. 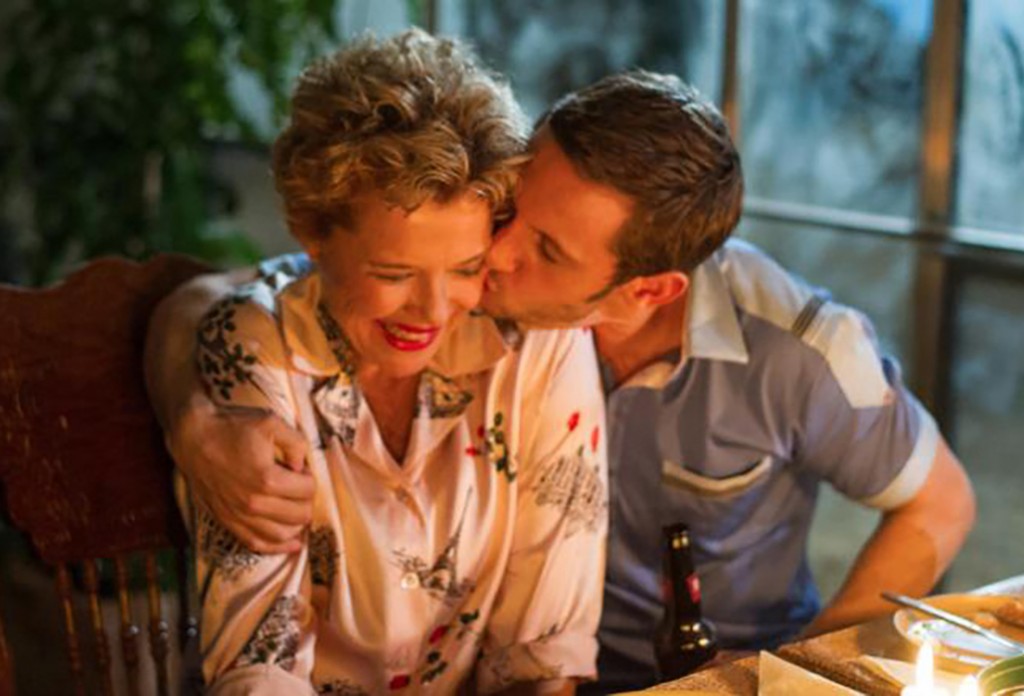 The Juliet story supplies another of the most poignant scenes in the movie, where the caring Peter takes her ‘on stage’ so they can perform the most famous part of the duo’s famous love scene together.

Sadly, Gloria is dying at the time… cancer is the secret she has kept from him during their two years together and why she abruptly ended their affair in 1980, leaving him both puzzled and hurt as to why. 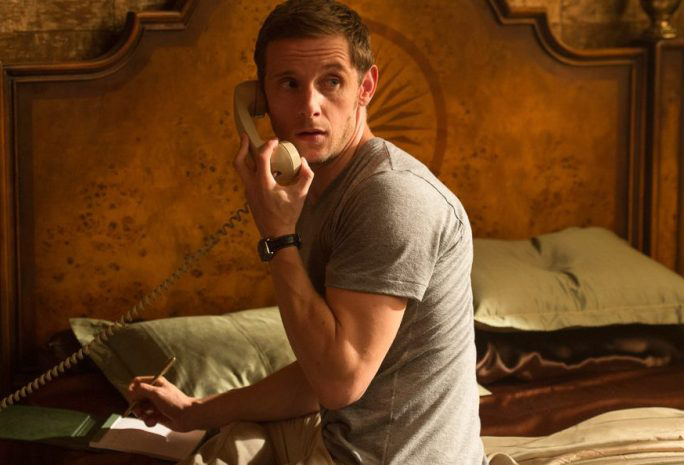 The film is warm and tender, lovingly crafted, an affectionate, heart-warming heart-breaking telling tale of love and what it means to be a real friend when the chips are down.

It elegantly roves back and forward in the short period they shared together.

It starts when Gloria is in London in 1981 and collapses during rehearsals for the “Glass Menagerie”. It is Peter she sends for because she wants to spend her dying days with him in the bosom of his family, because they have always treated her so well and with such love. 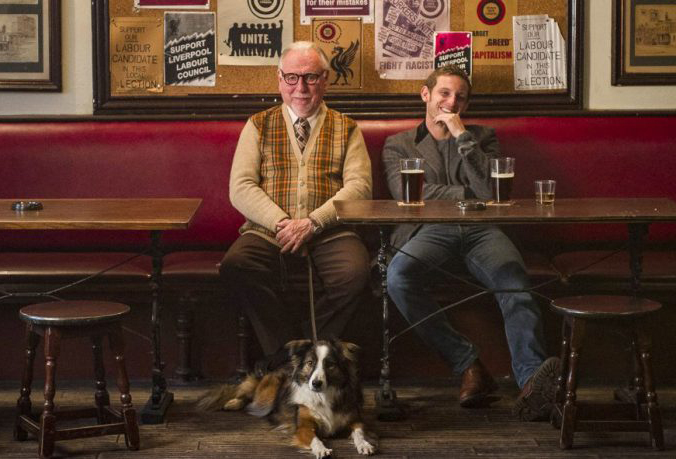 Julie Walters and Kenneth Cranham feature as Joe and Bella Turner with Stephen Graham as his brother, all of whom have hearts of gold.

Peter’s parents would do anything for Gloria, including putting off a longed-for journey to Australia to see another of their sons.

They do however question her decision not to tell her own family back in America that she is dying, compelling Peter in the end to break a promise to her and to let them know, so they can take her back home to die, which she did on the day she arrived. 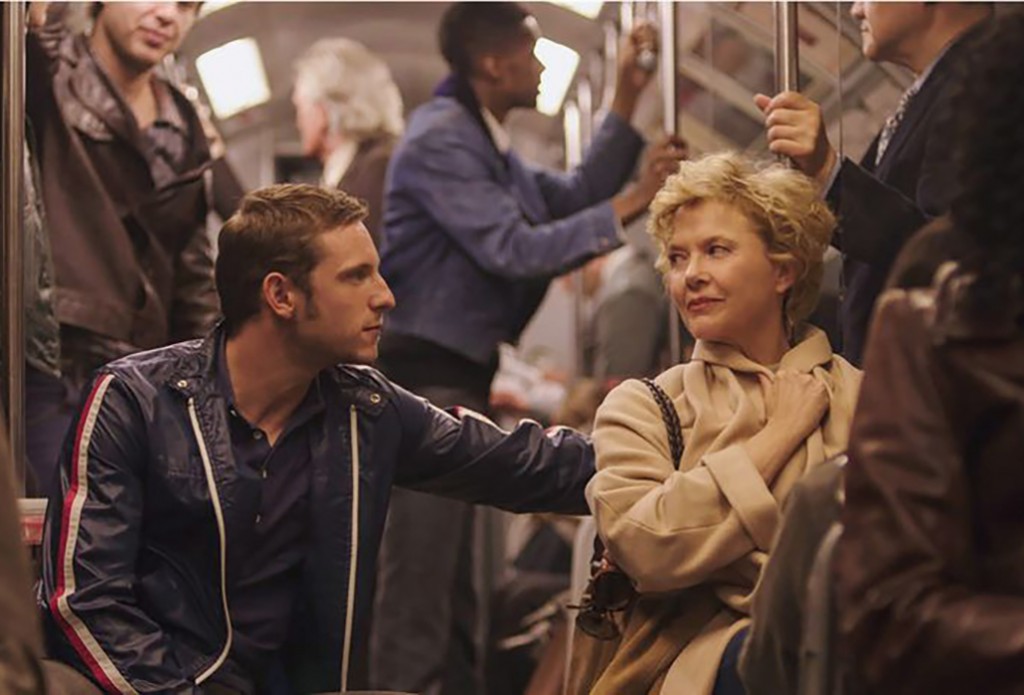 After all, famous American film stars like Gloria Grahame were definitely not meant to die in Liverpool.