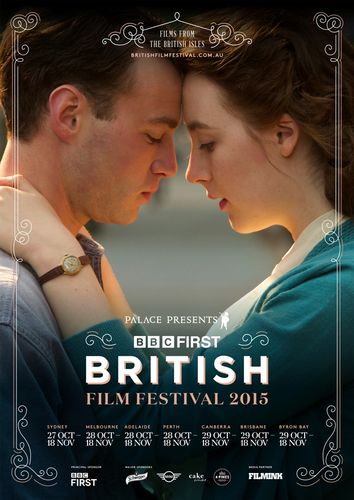 The BBC First British Film Festival returns for its third year, presenting a wonderful variety of new films to enjoy as well as a retrospective, featuring great British movies from each decade of the twentieth century. It will be showing 27 October to 18 November, 2015 at Palace Cinemas around Australia The opening night event this year is Youth starring veteran actors Michael Caine and Harvey Keitel, both of whom have won Academy Awards. With Rachel Weisz and Jane Fonda as part of the cast, this story of an elderly retired composer, will be a highlight of the festival. Director Paolo Sorrentino’s second foray into English-language film, its all about two friends vacationing at a prestigious hotel in the Swiss Alps as the composer muses on his life. On Closing Night The Man Who Knew Infinity features Jeremy Irons and Dev Patel, telling the fascinating story of mathematical genius Indian born Srinivasa Ramanujan at the turn of the early twentieth century and the friendship he formed with Cambridge Professor G.H. Hardy based on mutual respect. Monty Python fans will be delighted that Absolutely Anything will feature the reunion of the decade, all living Monty Python Members together again with Simon Pegg added to the list. At the other end of the scale, Suffragette the landmark new movie about the feminist movement should attract the crowds, along with Spooks: The Greater Good the first full length film based one the popular television series. The list of movies for the festival are impressive. Love Actually: A Century of British Romance 1900 – 1990 is a special segment presenting famous vintage movies once again on the big screen. Ryan’s Daughter, The Go-Between, Women in Love, The Prime of Miss Jean Brodie, A Matter of Life and Death, A Town Like Alice, Two for the Road, Sunday Bloody Sunday, My Beautiful Laundrette and Four Weddings and a Funeral.  BOOKINGS