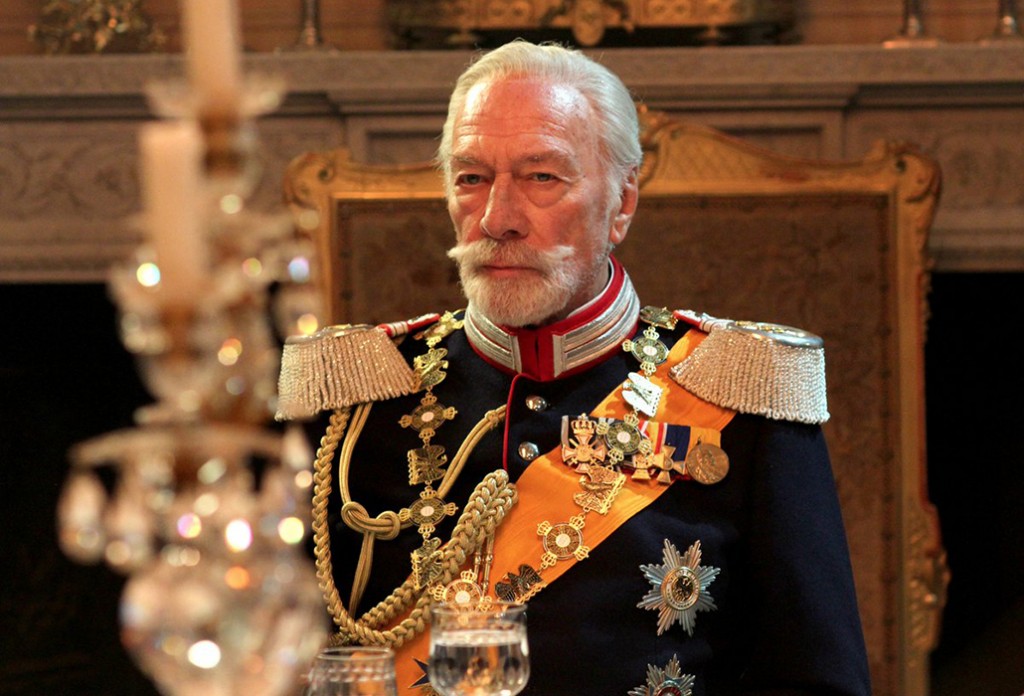 The British Film Festival 2017 in Australia at Palace Cinemas, offered some outstanding films this year and despite the festival ending officially, they are still playing a number of movies on demand.

The Exception is certainly just that. I was ever so pleased that I finally managed to catch up with this classy upbeat romantic drama, which has many unexpected twists and star quality turns by a very fine cast led stunningly by Christopher Plummer. 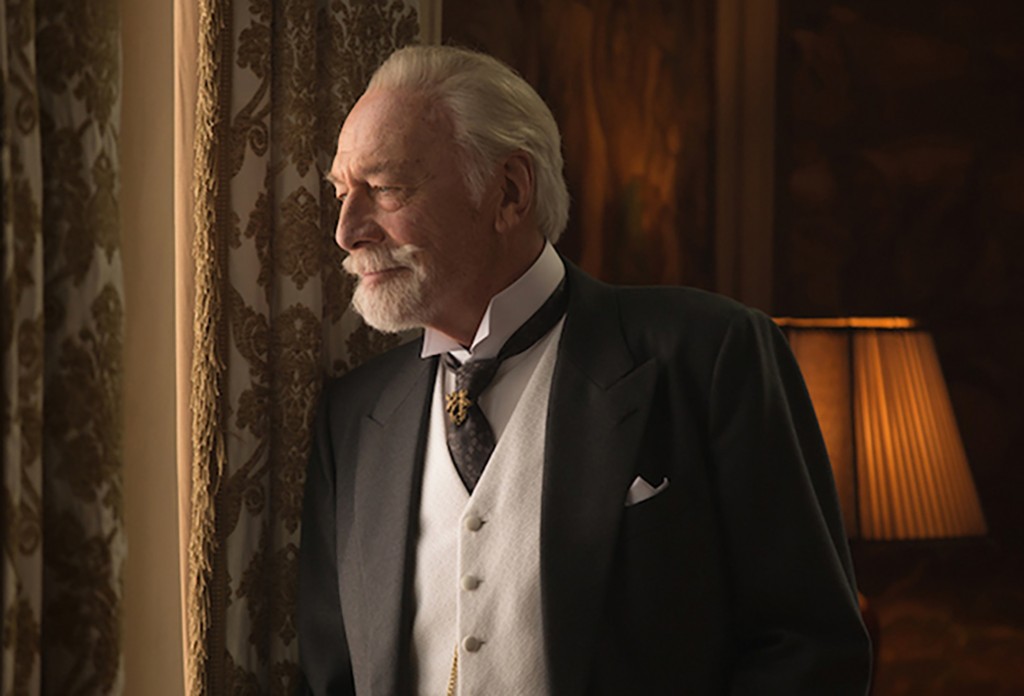 He is in fine form and I suspect, having the time of his life. He’s so perfectly cast as the ageing Kaiser Wilhelm II, the German Prince who by the autumn of 1918 had lost both World War I and his throne. The film is like watching a great piece of theatre and it is not surprising when you learn acclaimed British stage director David Leveaux brought it to fruition. 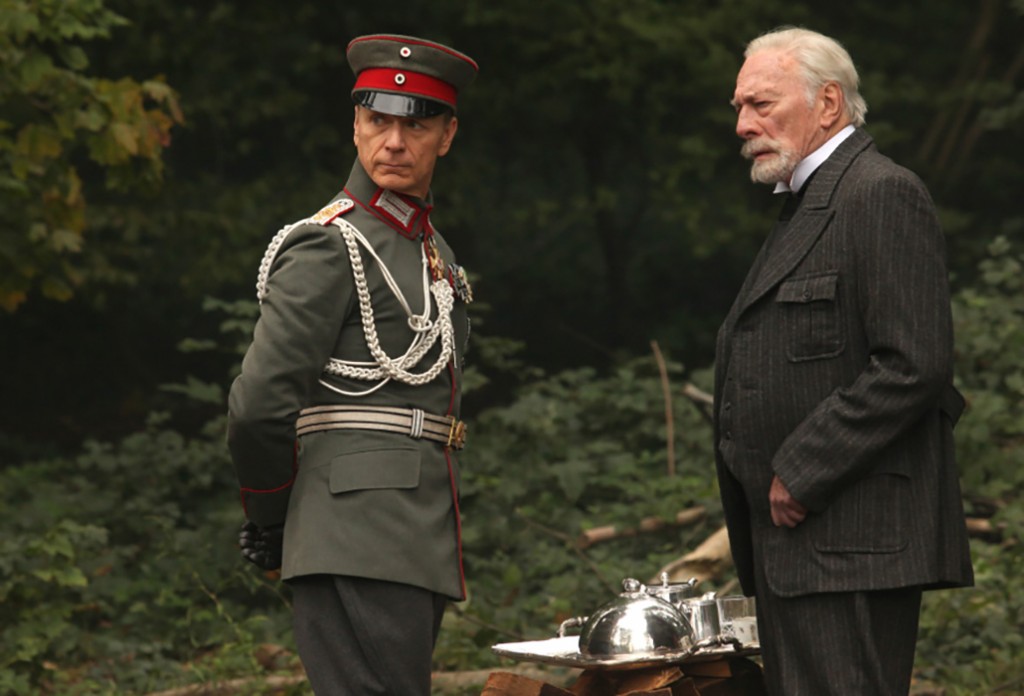 Christopher Plummer as Kaiser Wilhelm II and Ben Daniels as his aide Col. Sigurd von Ilsemann, in The Exception

Refusing to abdicate his throne Wilhelm was persuaded to seek asylum in The Netherlands, thereby avoiding captivity. There on a daily basis he is constantly causing constant headaches for his wife Princess Hermine (Janet McTeer) his aide Col. Sigurd von Ilsemann (Ben Daniels) and the Socialist German Government under Hitler.

We meet him living quietly enjoying the life of a country gentleman in the carefully constructed Dutch countryside where far from the German front and in the grounds of his classically inspired home, he daily feeds ducks, splits logs for the fire and flirts with a new young maid Mieka de Jong (Lilly James). 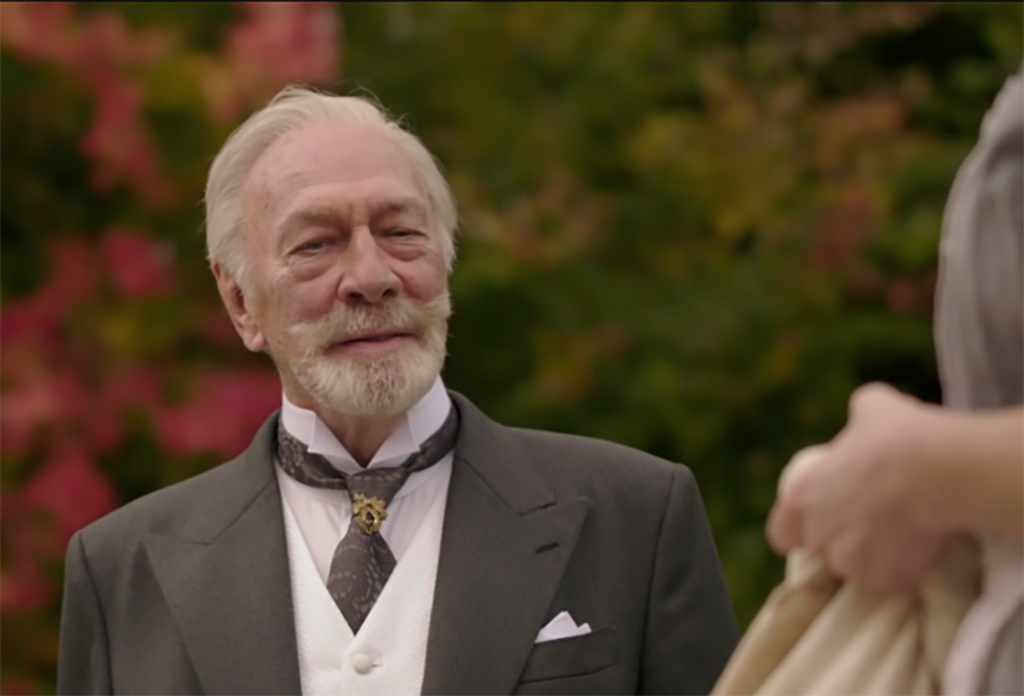 Set in the period prior to his death in 1940, Plummer looks a picture of sartorial splendour, wearing the elegant style of fashion men wore when the Kaiser was in his heyday and his military dress uniforms with great dash.

Everyone in his household’s life revolve around him and his daily needs and requirements. His presence cannot be denied and he’s vain to a fault, showing off constantly and with that air of entitlement aristocrats of his ilk demanded.

Plummer’s seniority as an actor in this quite delightfully performed and presented fictional story, also affords him the luxury of becoming an ageing eccentric Kaiser, one who embraces new ideas with a delicious twinkle in his eye. 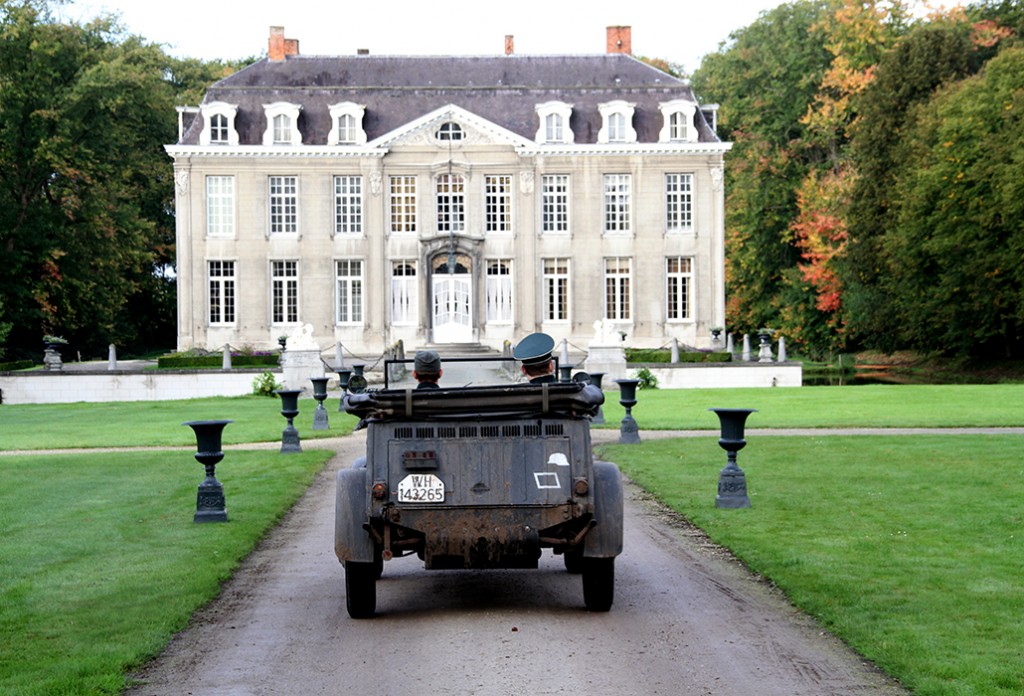 He doesn’t suspect for a minute his favourite maid Mieka may be the British spy reported to him as operating nearby. This fact has necessitated the arrival of young German Captain Stefan Brandt (Jai Courtney), whose seniors charge him with looking to the Kaiser’s security and welfare and keep him safe from symbolic assassination.

Stefan has a gut full of shrapnel, which has rendered him not fit for active service and his immediate superiors see this assignment as the perfect place for him to be. 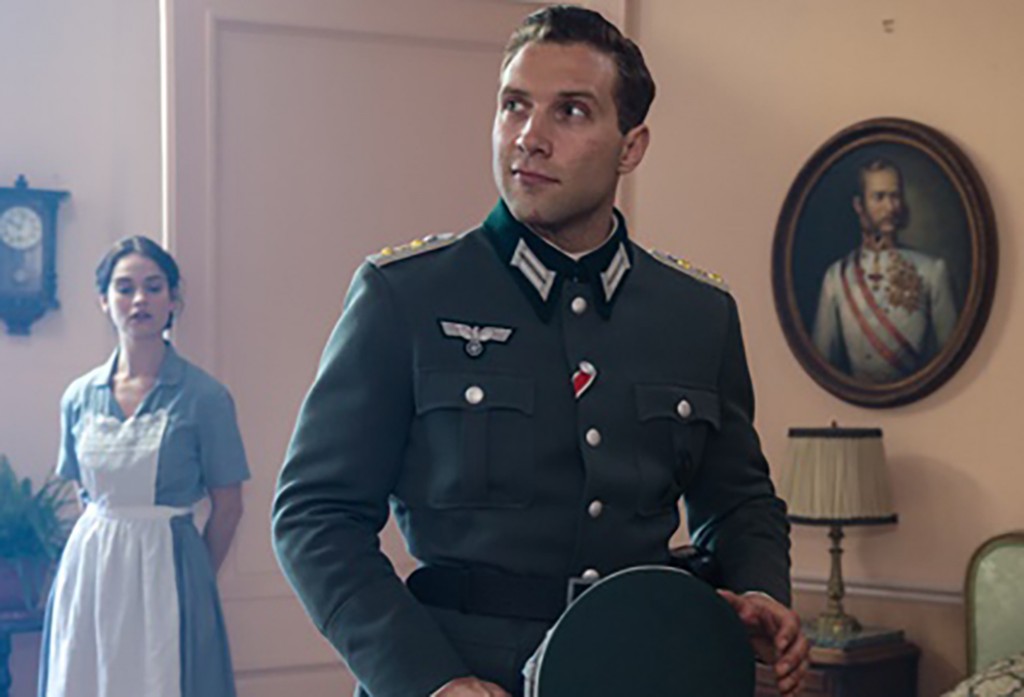 Not expecting to actually like the Kaiser he’s tiresomely having to guard does not occur to Stefan when he first arrives, carrying with him the issues that tear him apart.

He constantly has nightmares about a whole village of women and children the German patrol he was part of murdered. He’s clearly troubled by the extremism of Hitler and the SS and at a loss what to do. Despite himself, he finds himself liking the ‘old boy’ a little more each day. 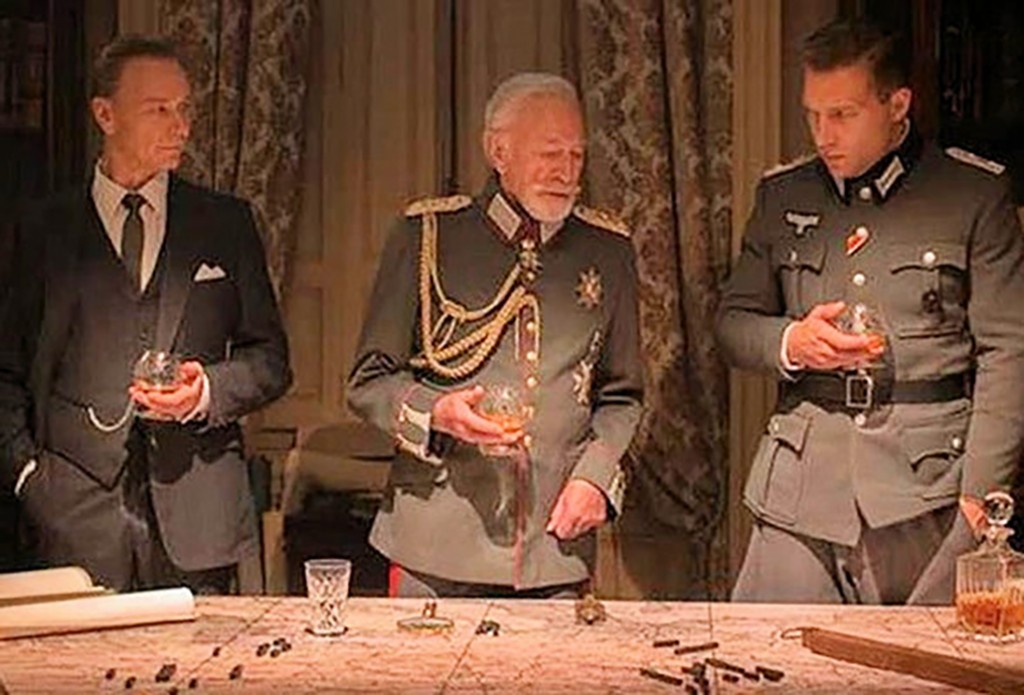 He is invited to discuss strategies with the Kaiser and his aide and to have dinner with the family, although he doesn’t know it yet, when times get tough he will find the old boy a willing ally, enjoying his final moment in the sun.

The Kaiser and his wife have been given the news the deadliest Nazi of them all, Heinrich Himmler (Eddie Marsan) is coming to dinner and this causes the SS to send in the Gestapo ahead to search the Kaiser’s house and grounds.

They also have two location vans patrolling in the district endeavouring to find out who is using a radio each night to contact the enemy. 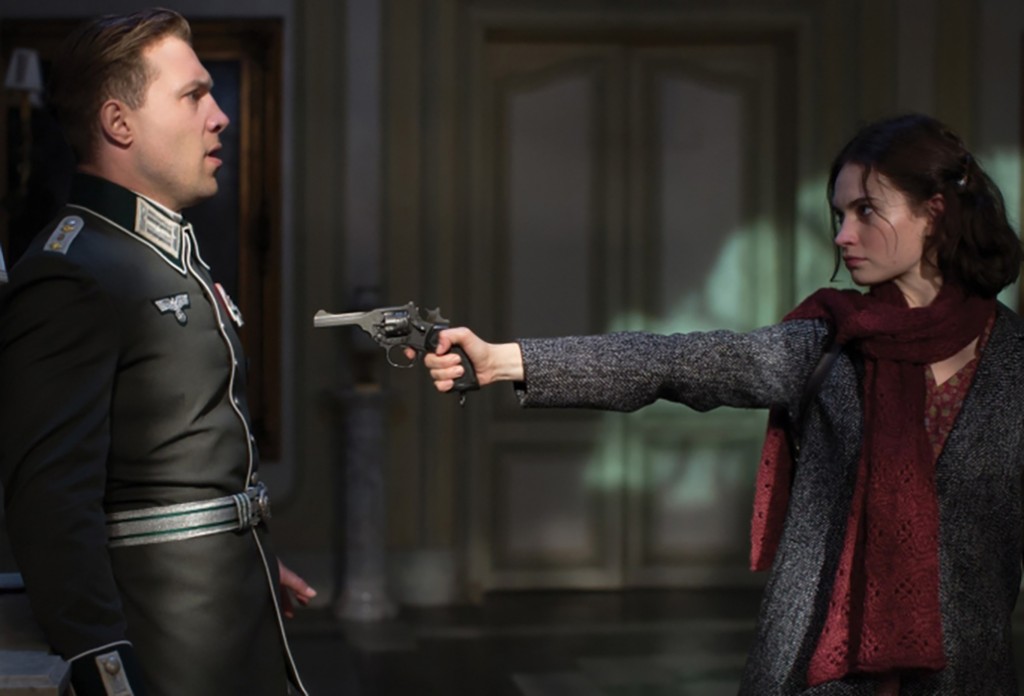 Meeting someone as beguiling as Mieka on the job never occurred to Stefan. Their sexy encounters with each other certainly up the ante on the action going down, especially when he discovers she is the spy.

She also doesn’t expect to find someone she would fall in love with either. Sharing with him the fact she is Jewish does not faze him for a minute, and because of his actions and steadfastness, she labels him as an ‘exception’ to the rule of his fellow Nazis.

He observes Mieka walking to the village and back every day for supplies and when he follows overlooks her meeting with a priest in the local village. He knows its only a matter of hours until the Gestapo tracks him down and tortures him to reveal the spy’s name. 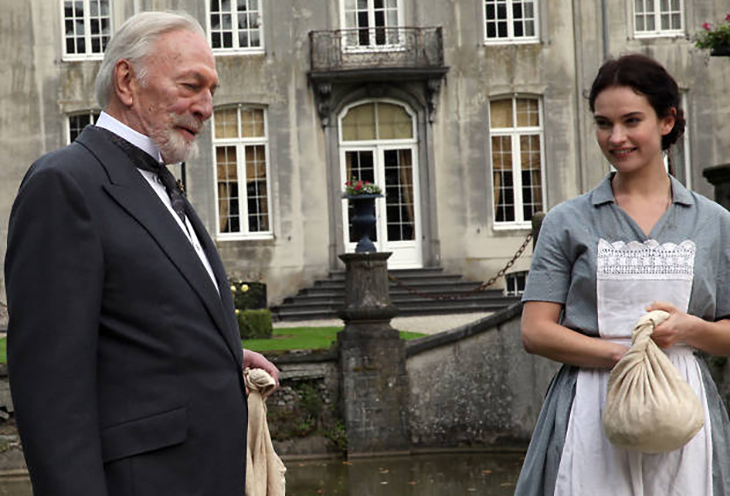 Christopher Plummer and Lily James in The Exception

When she’s at home during the day Mieka takes bags of old bread out to the King when he’s feeding the ducks, giving her an opportunity to regularly engage him in conversation, much to his wife’s chagrin.

She has confided in him that she is in a relationship with a staff member, something strictly forbidden although he turns a blind eye. 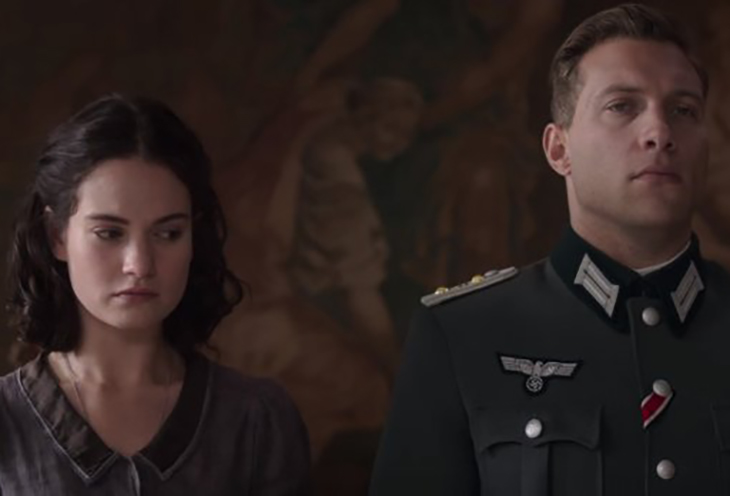 Lily James and Jai Courtney in The Exception

When his wife the Princess Hermine finds Mieka and Stefan together in her bedroom, she drags them before the Kaiser demanding they be fired.

However, the old King takes back control of his own household, and having been a bit of a lad in his own day, lets his two favourite new friends off with a warning they should be more discreet. 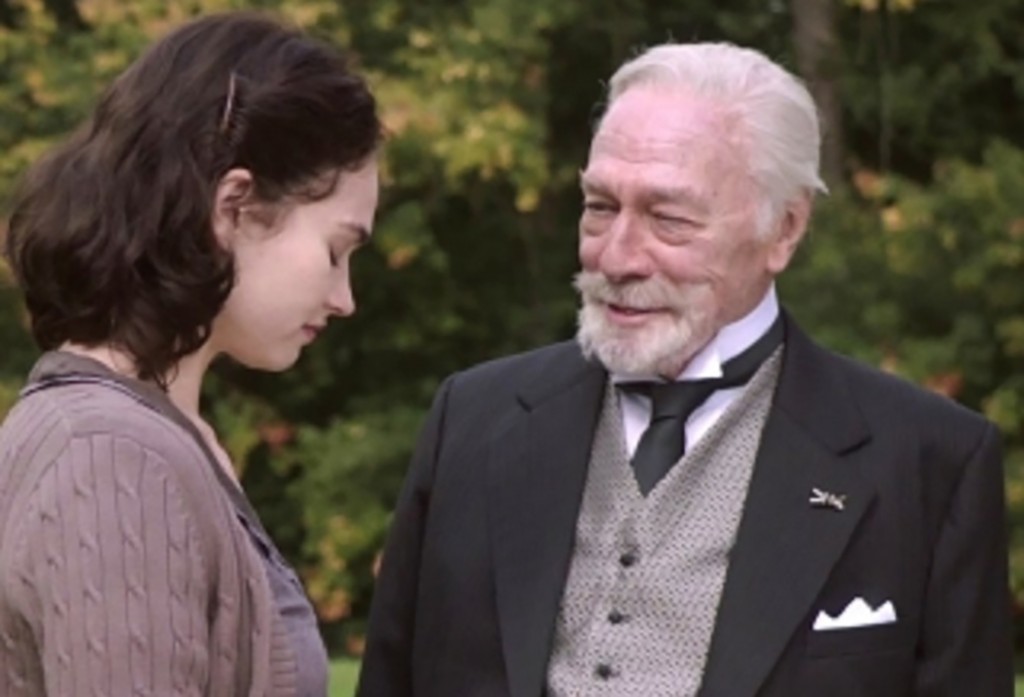 Christopher Plummer and Lily James as Mieka the maid, in The Exception

Mieka is the spy but is not there to kill the Kaiser, but deliver a message to him from Winston Churchill.

The Kaiser is fiendishly delighted when it is she who delivers it to him. The British are prepared to offer he and his wife asylum in Britain if he would like them to rescue him; however he declines. 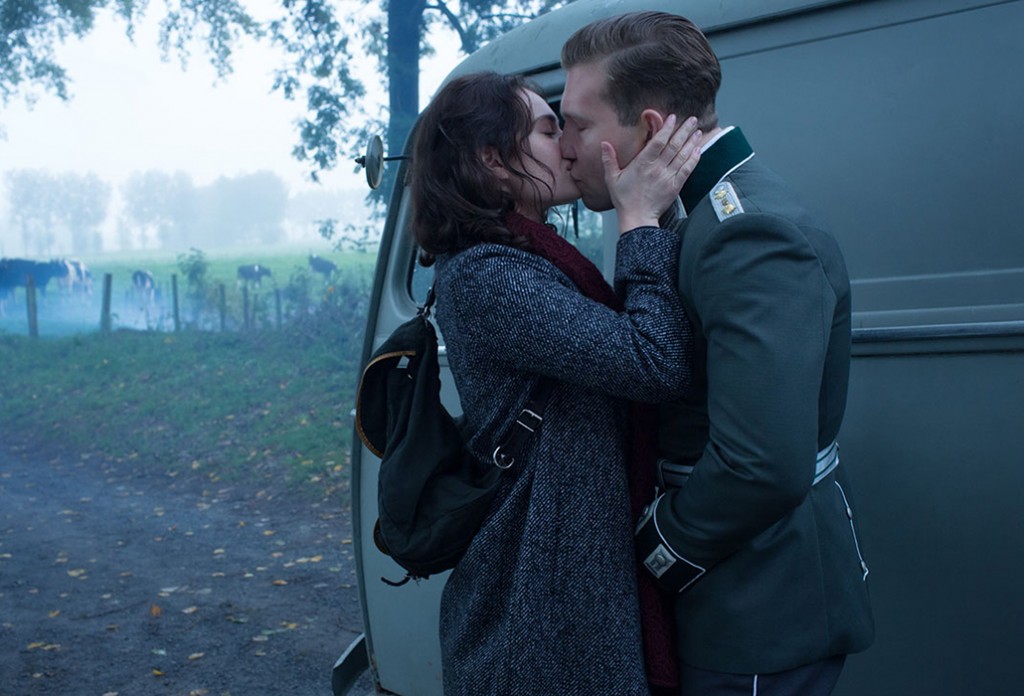 Jai Courtney and Lily James in The Exception

Helping Mieka to escape before the Gestapo break the priest becomes both the Kaiser and Stefan’s mission in life.

This film has an engaging ending and I left the theatre happy with spending a rainy afternoon being delightfully diverted by the action going down in the Dutch countryside. It was clever, funny and sad.

The first Mayor at Brisbane guided a community of free men in a city yet to be made. In just 150 short years their vision has been exceeded many times. The change they encouraged others to embrace has been constant as well as socially progressive and today Brisbane is the capital of Queensland, which is a state of great optimism and a dynamic crucible for change.