The British Museum is offering a new exhibition Ming: 50 Years that Changed China on show from 18th September to 5th January 2015.

All visitors can consider if their ‘golden age’ has indeed gone, or if it is still coming?

At London in The British Museum scholars will gather to discuss and compare notes about a the period of change and consolidation that happened between 1400 and 1450.

They will explore a wide range of topics, including art and material culture, the military and government, maritime trade and diplomacy, beliefs and cross-cultural exchanges.

The west knows the Ming dynasty (1368-1644) mainly because of this early fascination with its ‘China’, the generic name we applied to the ceramic body known as porcelain.

For centuries of our history this extraordinary ware was considered precious, leading to all sorts of myths about its magical properties.

The Ming dynasty also became well known because of a period of exploration 1405 – 1433, now known as the Ming Voyages.

Over the fifty-year time span from 1400 – 1450, the period that is the subject of the show at the British Museum, the dynamics of its politics began to change.

In its early history and following centuries of internal strife, China’s benevolent Tang Emperors brought about a period of stable government.

During their dynasty (618 – 906), they also enabled cultural and artistic development, motivating the growth and expansion of an active and vibrant economy through trade.

In the streets of (Chang’an) the capital, envoys, clerics and merchants from all over the eastern world, including India, Persia, Arabia, Syria, Korea and Japan were busy trading, sharing ideas and enjoying a cosmopolitan lifestyle.

Their artists absorbed influences from everywhere, creating some of the most beautiful paintings and objects known.

By the medieval period in Europe Cathay, or China was considered one of the greatest empires of the known world. Over the centuries ahead it gradually gained a reputation in the west for being inscrutable.

Chinese people seemed in the main mysterious and unfathomable to many. Their merchants plied the Silk Road trading route actively in lands that bordered Europe, selling their wonderful wares, especially silk.

Let us… travel into Cathay, so you may learn something of it grandeurs and… treasures… noted Marco Polo at the turn of the fourteenth century, inspiring the notion in the western world that China was a land unlike any other; an idea that found fertile ground. 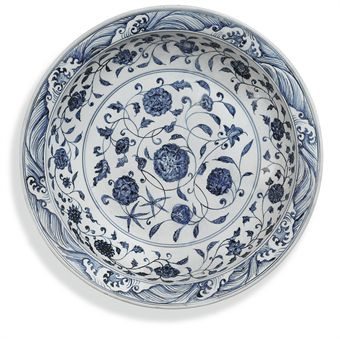 Their beautiful blue and white painted porcelain helped to change the way westerners viewed the world.

They were carried overland by merchant caravans, along centuries old silk trade routes, shipped from the kilns at Jingdezhen which had gained a reputation for being the best.

Together Chinese potters and artists in a rich collaboration, honed porcelain to a point of just about OCD perfection.

It become the finest of all their art forms, one that they were completely satisfied with for centuries. The point about the development of porcelain that can be made in hindsight is that the Chinese spent so much time concentrating on making it perfect that they perhaps missed out on the other major advancements the western world enjoyed, especially glass.

Conquering the secrets of glass manufacture enabled the rest of the world beyond China’s high wall and natural mountainous borders, to also grow following numerous other pathways, especially in medical research and the complex world of technology. Our pursuit of glass also helped us to put a man on the moon.

Today in the west many people are full of admiration for the Chinese and their achievements, especially in the world of literature and the arts, including perhaps their greatest art form of all, calligraphy. Masterpieces of Chinese Painting 700 – 1900 was a show at the V & A last year that helped to enable the dialogue about its evolution to expand.

It was the Ming Emperors who funded a series of seven voyages into the Indian Ocean.

The captains were charged with recovering trade (profit) in the form of tribute from kingdoms in Southeast Asia; they also wanted to re-enforce their claim to universal authority, as well as satisfy an increasing thirst for knowledge.

They visited the Maldive Islands, Calicut, Hormuz, and sailed along the East African coast.

They fought off pirate fleets near Sumatra, installed a new ruler at Calicut and defeated the king of Ceylon They returned in 1415 to Beijing with a pair of giraffes, a prize considered well worth the cost of the expedition.

They celebrated this exotic animal as a sage possessing the utmost wisdom and benevolence.

They so excited China’s curiosity about Africa that word was sent to the kingdom of Mogadishu inviting them to send ambassadors to the Ming Court. At that time the kingdom was one of the most powerful trading states in East Africa and is today the capitol of modern Somalia and other African states. This happened between 1406 and 1420, and is also when Beijing became another primary capital, its Grand Canal reopened and the Forbidden City and the Porcelain Tower of Nanjing, the ‘temple of gratitude’ was constructed.

The latter became one of the wonders of the world before its destruction by Taiping rebels in 1856.

This was the period when potters passionately pursued and perfected the clean white ceramic body, which was fired in large kilns at very high temperatures.

This refined white ceramic body became magically translucent and impervious to hot liquids when fired and it was given the name porcelain by 14th century Venetian traveller Marco Polo. It only required one firing after colours, including cobalt, which was able to be painted at last directly onto the body because in its raw state it was no longer porous.

Cobalt had always been prone to running when painted directly onto unfired earthenware’s.

The lustrous metal cobalt had been used as blue colouring by all ancient societies.

It was a very expensive commodity, twice the price of gold, which made producers and merchants who sold it very wealthy.

In China symbolism has played an important role in the evolution of their culture.

Its politics have seen society lurch from one extreme of capitalism to the other extreme of socialism. 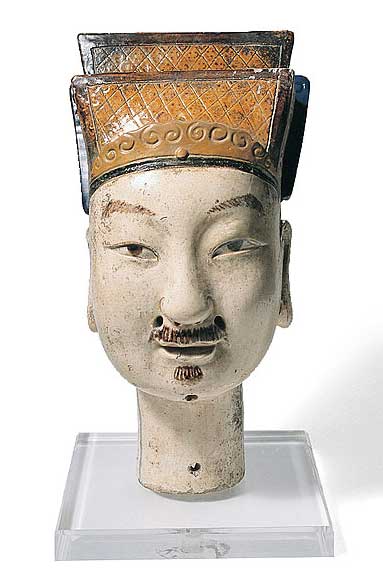 Neither really worked, although it has had benefits in hindsight of everyone gaining an understanding about the rational and irrational aspects of human behaviour.

Now the Chinese are exploring democracy, which in its purest essence in ancient Greece didn’t work either.

It’s only the checks and balances the west has layered in over the years that make the system reasonably equitable, although it has its flaws too.

Perhaps that’s both our curse and our blessing as human beings, that we are always in a state of flux, flowing with the ebb and tide of nature and its monumental events?

We need to get the balance right. At the end of the day it’s the point we come back to nature as the one thing we cannot control.

The Chinese however are taking a stab at that too, but in a far bigger way than many westerners would imagine.

Visiting botanists and botanical gardens executives from around the globe have been to visit China in recent years to view some of the vast state and national parks they are now establishing.

They are also reporting back on the exciting discoveries they are making.

Chinese botanists are seeking to perhaps lead the world back to a future where nature is revered and respected as never before, one in which humans will live in harmony with it.

The British Museum showcasing and highlighting important periods in history help us all to continue to expand the cross culture exchanges that were such important aspect of China’s early history. Knowledge of the past helps us as we imagine and invent the future.

The British Museum are helping us all by allowing us all to interact optimistically and discover the benefits and positive nature of other cultures.

The exhibition will feature a range of these spectacular objects – including exquisite porcelain, gold, jewellery, furniture, paintings, sculptures and textiles – from museums across China and the rest of the world. Many of them have only very recently been discovered and have never been seen outside China.