The transformation of quality dramatic literature to the stage is extraordinary. I found after reading Mary Anne Butler’s play Broken, the poetic style, sensory images and rousing narratives even more definitive when watching the Darlinghurst Theatre Company  production at the Eternity Playhouse, Darlinghurst Sydney.

The artistry of the staged play is honoured in the Director Shannon Murphy’s deliberate intention of celebrating the words. She used three standing microphones that focused for the audience each of the three people and their stories.

This sympathetic and minimalist production alerted the audience’s attention to the nuances and expressive qualities of the play’s dialogue. The actors and their voices were instrumental in communicating the author’s intent, a stylised interpretation and very effective theatrical strategy. 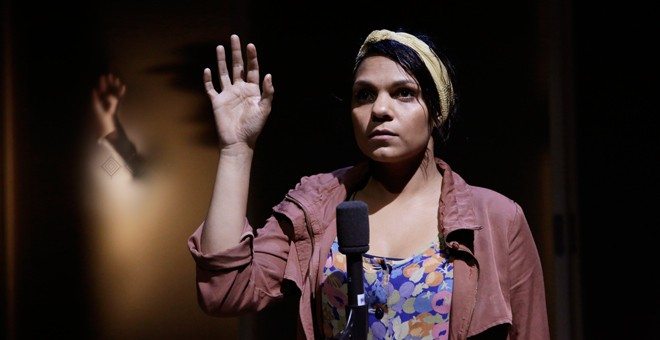 Red blood oozes from Ash (Rarriwuy) the victim of the horrendous car crash. Whilst the flow of blood is a plaintive marker for the catastrophic miscarriage that confronts Mia (Sarah Enright) as both characters utter “blood streams.”

Cross references unite the play and this construction devise cleverly makes connections that strongly form a compellingly articulate pattern. The three monologues are credibly interconnected and the cohesion is absorbing.

The audience is drawn to each word as the brutality opportunities and chance encounters are explored with a subtle optimism and a sense of possible redemption.

The repetition of significant lines of dialogue often reinforces the tragedy of loss, altered emotions and key events. This repetition intensifies the characters’ conflicts and plights with a pulsing cadence that technically fortifies the poetic nature of the play. Its literary merit is intuitively nurtured by the creative team and the actors. The collaboration is palpable. 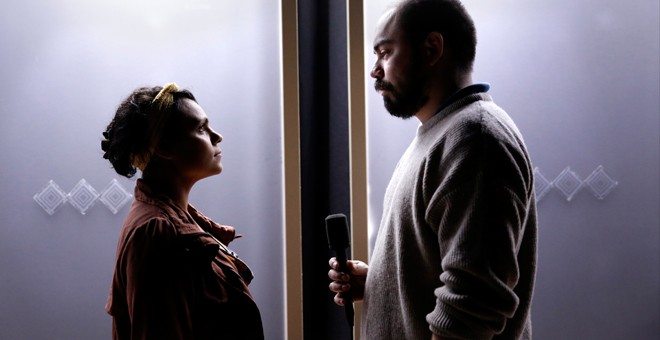 The void of desolation and isolation so strongly suggested by the land scape is inherently present in the characterisation and sequence of events.

“Dingo calls across the land.
Thin, eerie, high-pitched.
Like …a baby crying.

The creak-creaking of metal.
Tick-cooling of an overheated engine.
Sudden chill of midnight desert air blasts through the broken glass.” 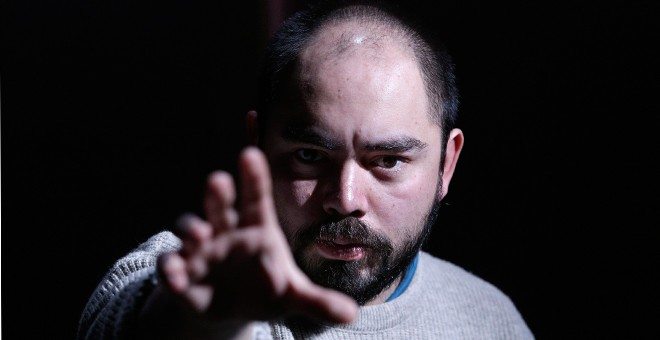 However the catalyst for possibilities of renewal and connection is evident in Ham’s (Ivan Donato) determination to save Ash and the unlikely and passionate bond that evolves from this chance and isolated rescue.

Fate has intervened to provide hope for filling empty internal spaces, “the fractured light of possibility” is perhaps attainable.

The scattered visual images that denote colour across the dialogue like the red of blood, the blue haze of the facial features of an unconsciousness accident victim and the gleam of white pain convey the anguish of the protagonists. 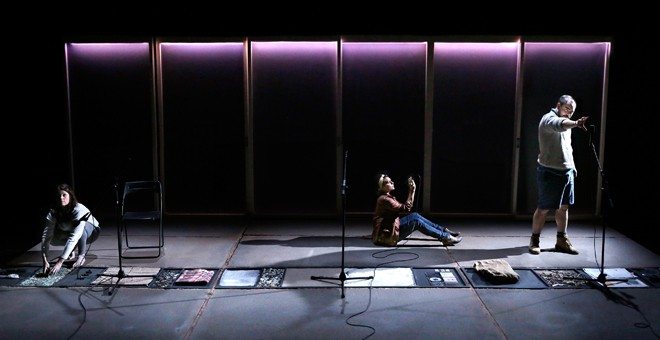 The set is constructed of sliding glassed panelled doors that form the rear of the stage and are used as exit points for the characters. Muted transparent glass allows for shadowy images to form and disappear. This design perceptively suggests changing time, space and place.

Production Designer Sophie Fletcher laid a horizontal patchwork of props on the floor. The methodical pattern added a textural element to the stage floor and as the play evolved the objects were used by the actors to create an additional soundscape to the performance.

This was reminiscent of methods used to produce sound on radio in the past. I loved this revival as the actors embedded the production of sound into their performance. The three actors clearly defined their roles and told their stories with engaging clarity and discreet empathy. Their impeccable timing was paramount to maintaining both story continuity and dialogue cross referencing.

Rarriwuy Hick gently takes the audience to the moment of the near fatal car crash and this calmer approach heightens the tension and casts the scene of the accident with a strangeness that is disquieting.

Sara Enright shows the buoyant optimism of love with warmth and wistful yearning and contrasts this state of hope with the despair and melancholy of loss, loneliness and disconnection. 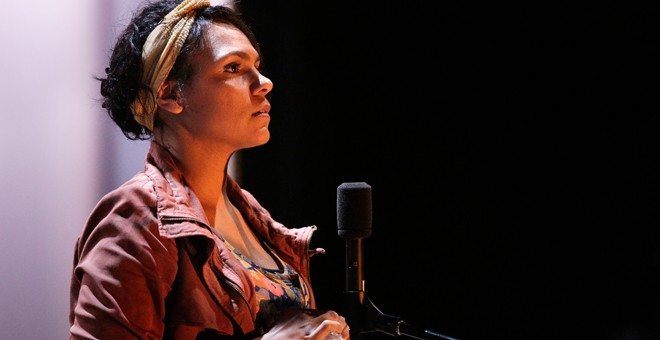 The softly spoken voice of Ivan Donato gives credence to his character’s withdrawal and detachment from a previously promising relationship and it allows the tenderness of new possibilities to surface.

Three worlds collide in Broken and the drama unfolds with a poetry and poignancy that is very deservedly a winner.

Album 1 of Slava Grigoryan’s The Cello Suites spent a record 13 weeks at #1 on the ARIA Classics Chart and Album II, released on November 3, is much anticipated