The National Gallery of Victoria (NGV) has brought together a number of key works from its collection for the exhibition Buddha’s Smile, ranging from centuries-old antiquities to contemporary pieces.

In fact, the first thing that visitors to the exhibition see is a peculiar but oddly harmonious pairing: a large digital print on aluminium by Chinese-Australian artist Liu Xiaoxian, Our Gods, Laughing Buddha, and a miniature porcelain figurine of Budai, the Laughing Buddha, from China’s Qing dynasty period.

There are pieces from countries across Asia, reflecting the influence of Buddhism. The title of the show is drawn from the Sanskrit epic The Legend of Ashoka, in which Ashoka, the great ruler and unifier of India, as well as a convert to Buddhism, says: The NGV’s Wayne Crothers, who curated the show, notes the critical role played by Asoka in the spread of Buddhism. “He sent Buddhist missionaries not only to the nearby regions known today as Kashmir and Afghanistan but also as far afield as Syria, Egypt and Greece,” he says. “This early transmigration of Buddhist philosophy was soon followed by the transmission of Hinayana Buddhism to Sri Lanka, Burma and the rest of South-East Asia; and the introduction of Mahayana Buddhism to China via central Asian trade routes in the first century, and to Korea and Japan in the sixth century.

From Nepal and China during the seventh century Buddhism was introduced to Tibet, where a specific school of Buddhism, known as Vajrayana or Tantric Buddhism, became widely practised.” 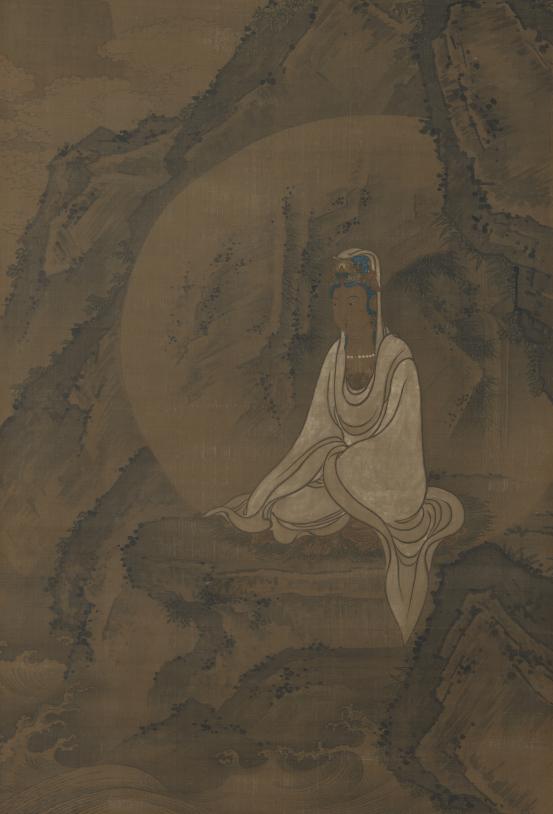 A striking Tibeto-Chinese piece is Avalokiteshvara, from the seventeenth to the eighteenth century, which incorporates gilt-bronze and semi-precious stones.

A beautifully graceful scuplture, Guanyin, is from the Jin dynasty period (1115-1234) in China.

A Chinese painting, ink on silk, White robed Guanyin in a landscape, is from the early fourteenth century.

Buddhism remains a critical influence on modern artists in Asia. “Yoon Kwang-cho employed the Korean ceramic traditions of earthenware with a slip-glazing to create his Vase, Impermanence.

“Buddha’s spirit has transcended time and geography in many forms, such as the hand gestures, abstract forms, written scripts, illustrated narratives, devotional objects and symbolic pictorial elements on display in this exhibition, Crothers says. “But the oldest and purest transmission of Buddha’s revelation of enlightenment, however, might found in the simple gesture of a smile.”

On Show until October 8, 2017
Mezzanine Gallery