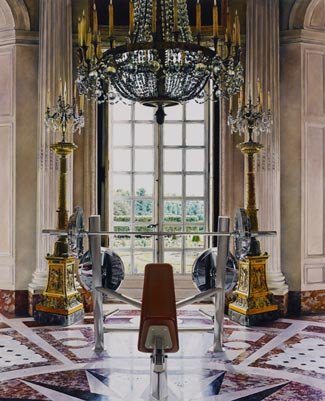 Dr Michael Brand, director of the Art Gallery of NSW, has unveiled one of Australia’s significant young realist painters Michael Zavros’ new work, The Round Room. which has entered the Gallery’s collection having won the inaugural Bulgari Art Award. Julie Ann Morrison, managing director, Bulgari Australia, said: ‘It is Bulgari’s pleasure to fund the acquisition of the painting… one of Michael’s finest works, a museum-quality work, and an exemplar of his masterful style.’ The new work is a large-scale, meticulously detailed painting of an interior of the Grand Trianon, a building in the grounds of the Chateau at Versailles, which was built for the King to entertain his family and friends. The painting exhibits Zavros’ extraordinary technical skill and fascination with the cultural achievements of the European aristocracy, especially the French ancien régime, whose buildings, gardens and interiors were created to reflect their power and influence and helped fulfill many other people’s agendas.

The round room is the vestibule of this grand apartments and has a splendid prospect over the gardens, created by gardener Andre le Notre, who Louis loved so well. Zavros has captured the symmetry and exacting perfection Louis’ original dream team of designers, Louis Le Vau, Charles Le Brun and Andre Le Notre become renowned for although it would be his last and favourite architect Jules Hardouin Mansart who would complete the building now known as the Grand Trianon.

The suggestion is that the painting evokes ‘contemplation of narcissism and desire, of vanity and even vanitas, of the passing of time and human beauty’. There is no one actually in situ on the bench pressing the weights; the equipment is at the ready and perhaps awaiting a new user? It also suggests the very contemporary pursuit of physical perfection which is echoed in the passionate pursuit of architectural perfection in the building and nature revealed in the highly cultivated gardens, which are located beyond our foremost view. 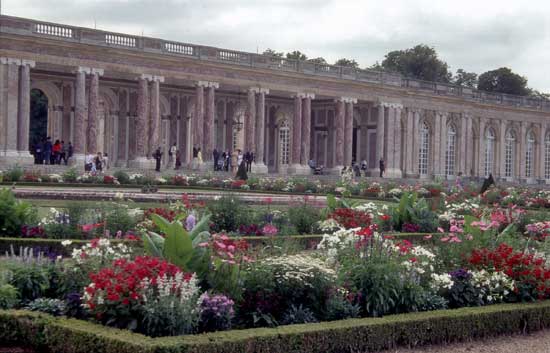 The Grand Trianon is where the horticultural extravagance of Versailles reached its climax in a flower garden that contained tulips, white narcissi, hyacinths, double sweet rocket, Sweet William, cornflowers, carnations from Spain and violets. 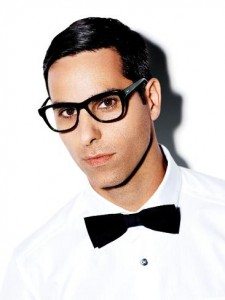 Inside the inlaid floor of black, white and mottled brown marble, panelled walls, columns framing the window embrasure, the large chandelier and elaborate later Napoleonic period torcheres are part of an unexpected juxtaposition as Zavros turns this historic room into a contemporary gymnasium, a pun on the sport of the Kings at Versailles and the building project itself.

There is a benefit for both the NSW gallery and the artist; the Bulgari Art Award consists of a $50,000 painting acquisition for the Art Gallery of NSW and a residency in Italy valued at $30,000. The total award of $80,000 is one of the most valuable art awards in Australia.

The award-winner was selected by the Art Gallery of NSW Trustees and the head curator of Australian art. Brisbane-based Zavros graduated from Queensland College of Art in 1996, and has since won numerous awards including the Doug Moran National Portrait Prize in 2010, as well as being a four-time Archibald Prize finalist. Zavros has also exhibited widely, both within Australia and internationally.

When Louix XIV decided to build a secluded Trianon in the grounds of Versailles for he and his maîtresse en titre, the first building was in the fashionable Chinese style and the Trianon de Porcelaine, became one of his favourite retreats, lavishly decorated with faience urns, tiles and decorations. 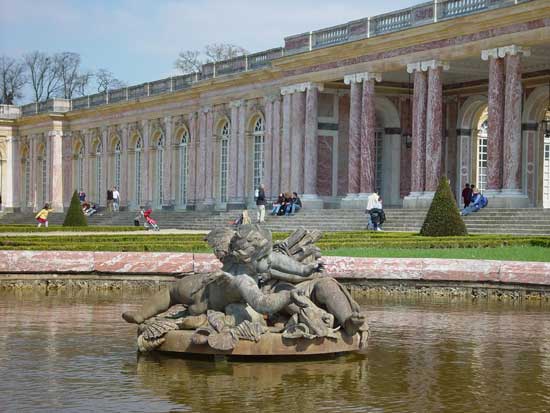 It was eventually  demolished and replaced by the Grand Trianon designed by Jules Harouin Mansart, who had replaced Le Vau when he had died. With the inauguration of the 2nd building campaign, which suppressed the terrace linking the king and queen’s apartments and the salons of Jupiter, Saturn and Venus for the construction of the Hall of Mirrors, the configuration of the grand apartment was altered forever, although it continued to serve as a venue for the Kings receptions until the end of his life.

It contained an enfilade of rooms, used for the grand ceremonies of aristocratic gentleman, all overlooking the gardens an had a peristyle linking the two wings running into the gardens. The main material Mansart used was the superb red marble from Languedoc. Over reign of its Kings and Emperors these grand apartments would see many changes, including becoming a residence for Napoleon Bonaparte and his second wife. 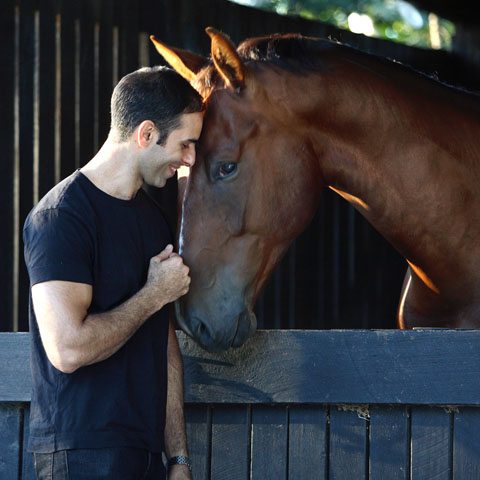 Brisbane-based Michael Zavros is said to be obsessed with beauty, which is a refreshing change from the tormented souls of contemporary art we have had to put up with for the past decade or more.

He graduated from the Queensland College of Art with a Bachelor of Visual Arts in 1996 and has exhibited widely within Australia. His work is held in numerous private and public collections including: The National Gallery of Australia, Queensland Art Gallery, University of Queensland Art Museum and Tasmanian Museum and Gallery.

Zavros was the subject of a survey exhibition The good son: works on paper (2009) at Gold Coast City Art Gallery. His other public solo exhibitions include Everything I wanted at the Institute of Modern Art, Brisbane (2003–04) and Egoiste at Wollongong Regional Gallery (2007). Recent group exhibitions include Wilderness, Art Gallery of NSW (2010) and Scott Redford vs Michael Zavros at the Institute of Modern Art (2010). Zavros has been a four-time Archibald Prize finalist and won the Doug Moran National Portrait Prize in 2010. Bulgari, the Art Gallery’s welcome supporter, was founded in Rome in 1884 as a single jewellery shop, whose magnificent jewellery creations soon became emblems of Italian excellence.

Throughout the last few decades Bulgari developed into a global luxury brand renowned for its highly creative design in jewels, watches and accessories, and retailing in the major luxury retail precincts of the world.

Up until 2011 Bulgari was majority-owned by the Bulgari family and, though it is now part of the LVMH Group, the Bulgari family is still instrumental in the management of the Bulgari brand and the design of jewellery. International success has carried the distinctive Bulgari design into a diversified portfolio of products and services and, increasingly, hotels.