To my mind one of the most classic pieces anyone could wish to invest in is the Burberry Trench.

I wonder, if in 1856 when Thomas Burberry opened his drapery business, he could have foreseen the influence of his humble gabardine jacket.

The cotton yarn was proofed before weaving, then closely woven and proofed again. In 1901 the Burberry Knight logo was developed, adding the word Prorsum, meaning “forwards”.

In 1902 Burberry trademarked the fabric, and in 1909 the company name. Burberry had close ties to the world of flying, when in 1910 aviator Claude Grahame-White became the first man to fly between London and Manchester in under 24 hours, he wore Burberry no less.

The company also designed coats for the British Royal Flying Corps (later the RAF) during WW1.

The military style became what is now known as the trench coat.

After the war, it was adapted into civilian attire and copied world wide.

It is said that imitation is the highest form of flattery, so Thomas Burberry should be incredibly proud of his innovative fabric and design. 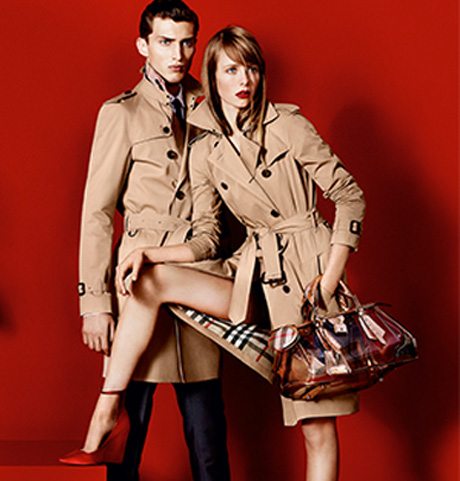 I think what makes the trench so popular, is that it is so practical and easy to wear. It can adapt to any length, almost any fabric and a myriad of colours.

It can be super casual, highly sophisticated, in fact it can be both.

I have a couple of variations in my wardrobe (unfortunately no Burberry yet), a 3/4 length black satin for evening, and two hip length styles, one in brown leather and one in black shower proof nylon.

These are items I call on all through the year at one time or another, the perfect trans seasonal piece.

In 2001 Christopher Bailey joined as Creative Director and was then promoted to Chief Creative Officer in November 2009.

He is credited for catapulting the company to the heights it enjoys today. He has re-invented this piece with a clever twist every season. 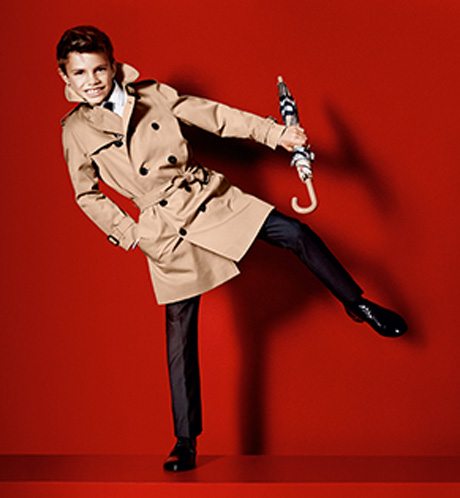 His spring/summer 2013 print campaign featured one Romeo Beckham, middle son of David and Victoria Beckham. Emma Watson, Hermione from the Harry Potter franchise, has starred too.

In an unforgettable sartorial moment, Burberry staged an indoor downpour at London Fashion Week 2012, that managed to raise a smile to all in attendance, even the formidable Anna Wintour.

She described that collection as “global and polished”.

What some might not know is that Burberry has a range of seven checks to choose from.

These include “Haymarket” and “House” the former classic check with the equestrian knight included, the later without. I am loving “The Beat”, this is the classic check in black and white, really striking! I also love Burberry bespoke. Jump on their website and design an iconic trench coat to your specifications, personally monogramed and sent to your preferred address.

One can always dream!

Company headquarters are located at Horseferry House, just behind the Houses of Parliament, Westminister, where I’m sure many a Burberry trench has been sighted.

Quintissentialy British, other products in the collection include sunglasses, scarves, bags, gloves, hats and umbrellas, all of which are at an affordable price point.

So if you happen to be pondering over your next investment piece, why not think trench, think Burberry!

In the Queen’s Gallery at Buckingham Palace in 2015 a show of paintings, botanical studies, manuscripts and more will be devoted to ideas of painting paradise