DRINK COFFEE AND DO GOOD is a caring communities challenge, asking citizens to give back to society by supporting the simply splendid Cafesmart initiative now being held annually by StreetSmart Australia.

StreetSmart Australia believe providing people in difficulty with a warming meal, a drink, a blanket, shelter, medical and mental health assistance, as well as a bed to sleep in, is important for all.

The funding raised through CafeSmart allows smaller organisations at the coal face to respond and also goes towards helping to prevent people falling into this sad situation in the first place. 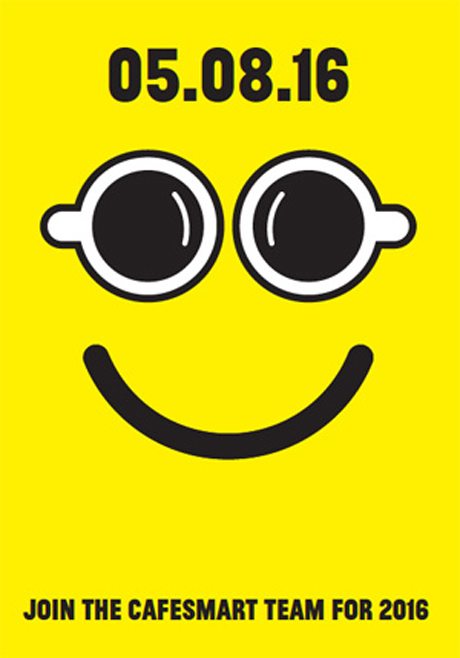 Cafesmart 2016 will be held on Friday August 5, around Australia. Participating cafe’s involved are small businesses who pledge to donate $1 from every coffee they sell on that day to help make a difference to the lives of those experiencing homelessness.

Coffee and innovative ideas such as CafeSmart have long been associated. Discovered in Arica and known in middle eastern countries for centuries, Coffee was introduced into England in 1637 by a Cretan scholar Canopius. He is said to have savoured this new beverage as a rare treat in his rooms at Oxford where he was studying and his friends in high places quickly became part of his bean worshipping scene and established the Oxford Coffee Club.

In the town the ‘Angel’ coffee house of Oxford opened in 1650, specializing in serving the heavenly beverage. It offered a place where local men of business and political persuasion could put forward their ideas on a variety of subjects to like-minded souls and as a bonus, enjoy a splendid coffee experience. Coffee Houses were quickly considered important places for conversations about a range of commercial issues and interests. They also became a primary source for rumour and innuendo and by 1663 more than 83 coffee houses had also been established in London.

King Charles II (1630 -1685) restored to the English throne in 1660, had spent a long time in exile in France and was entirely suspicious of places where the public traded information. His answer to their popularity was in 1675 to shut the coffee houses down! The resultant uproar was great and sixteen days later they re-opened.

Member of Parliament, English naval administrator, Justice of the Peace and a friend of many Samuel Pepys, whose diary made him famous, frequented a coffee house to get news of the arrival of ships he was interested in. It appears he only trusted the news he received in a coffee house as far more reliable than what he learned at his daily job at the Admiralty. The founding of the successful Lloyd’s Insurance Company also happened in the coffee house, which businessman Edward Lloyd opened in 1687 and it became famous as a haunt for those striving to climb the ladder of success.

As the seventeenth century drew to a close and the eighteenth century began in an era of burgeoning trade in both England and Europe coffee houses began were springing up everywhere.

Men of business were struggling to communicate and sought to be recognised with respect in their own society by contributing beyond self. Just as in our own world today, society consisted of many complex layers with giving to those in need becoming an important aspect of both private and professional life.

How does anyone advance their life without feeling someone cares? 100% of the funds raised through CafeSmart will go towards funding services in the region or suburb where funds are raised.

Today we want our coffee to be rich, creamy and full of flavour if it’s to be just the thing to match to a freshly baked croissant or pastry and give a kick-start to a successful day.

Sourcing, blending, roasting, and making the end cup taste fantastic, is as it was back in Lloyd’s day, important to the experience of drinking coffee.

To that end wholesalers distributing the coffee you love have embraced the concept for StreetSmart Australia and are donating coffee for the day to the café’s pledged to participate. GET INVOLVED – make a big difference to someone’s life. Assist by persuading your local café to become involved and on Friday August 5 take your friends and family and urge your office mates to visit a CafeSmart participating cafe to ‘drink coffee and do good’. Louis XIV (1838 – 1715) was known for being dignified, gracious, exquisitely polite and never blamed his generals for a defeat. His reign 1661 – 1715 was of incomparable brilliance. French art and literature flourished and artisans, included the celebrated playwright Jean Baptiste Poquelin Moliére (1622-1673), dramatists Pierre Corneille (1606-84)…