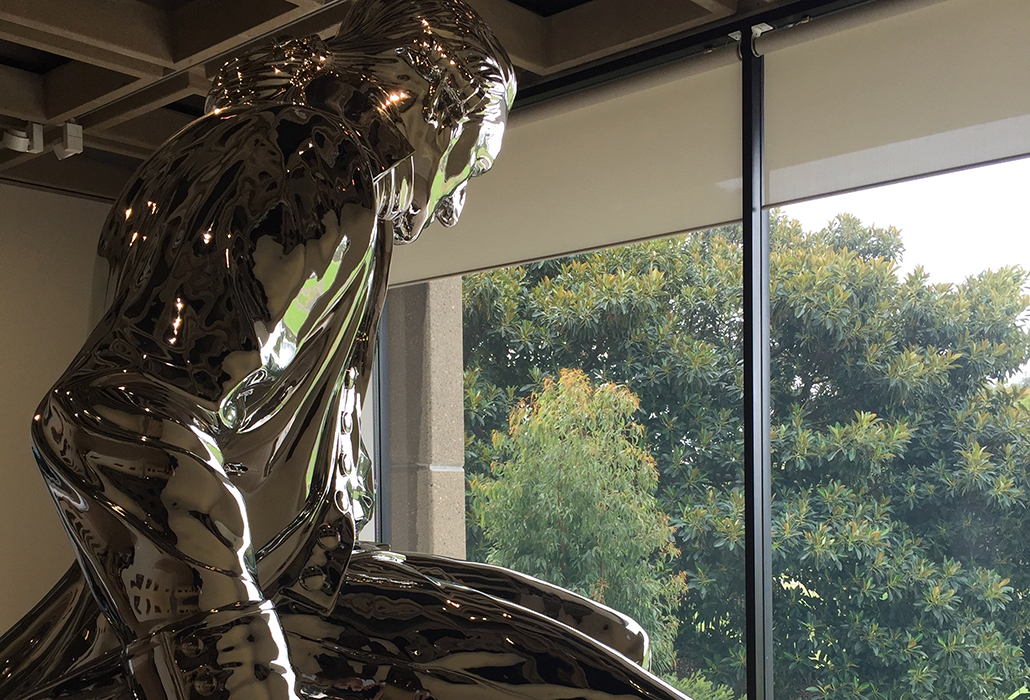 James Cook (1728-1779) eighteenth century English explorer, navigator, cartographer and naval captain died on the job. He undertook an expedition on orders from the British Admiralty in 1768, the first of three Pacific voyages he made as a Commander. 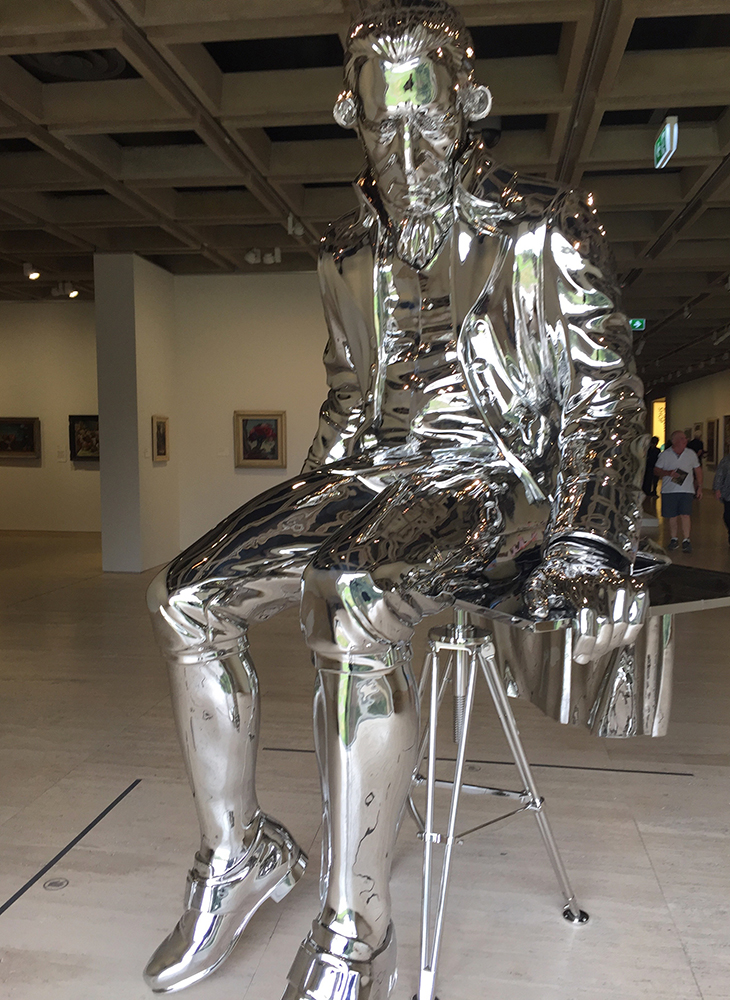 The journey to observe the Transit of Venus across the Sun (3-4 June 1768) and to then go on and seek clear evidence of the existence of Terra Australis Incognita – what many explorers before him had described as an ‘unknown southern land’, became a game changer.

He circumnavigated New Zealand and surveyed the east coast of Australia then known as New Holland, making landfall first at Botany Bay.

He claimed the east coast of Australia for the British Empire on 22 August 1770, naming eastern Australia ‘New South Wales’.

There are many sculptures that commemorate James Cook and his life and achievements both in Australia and in England, perhaps none so powerfully articulated as the larger-than-life sculpture of Captain Cook by New Zealand artist Michael Parekowhai now on view at the Art Gallery of NSW. 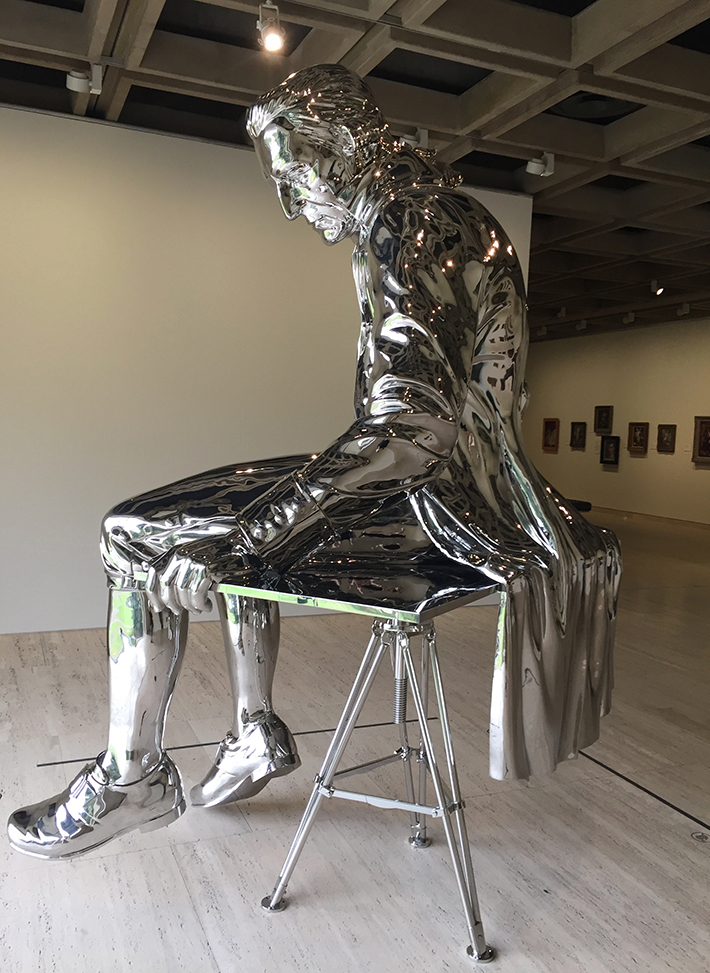 What a wonderful work it is. Nearly three metres tall, the highly polished stainless-steel sculpture entitled The English Channel, is based on the famous painting of the bewigged seafarer by Nathaniel Dance-Holland and I came across it for the first time when visiting the Art Gallery of NSW recently. Beautifully placed, so the seafarer is seated looking out with an uninterrupted view of the harbour he sailed past in 1770, his flowing top coat and ponytail gives him an air of the romantic and his feet don’t quite touch the ground, giving him the demeanour of a schoolboy, eagerly wanting to conquer the world. 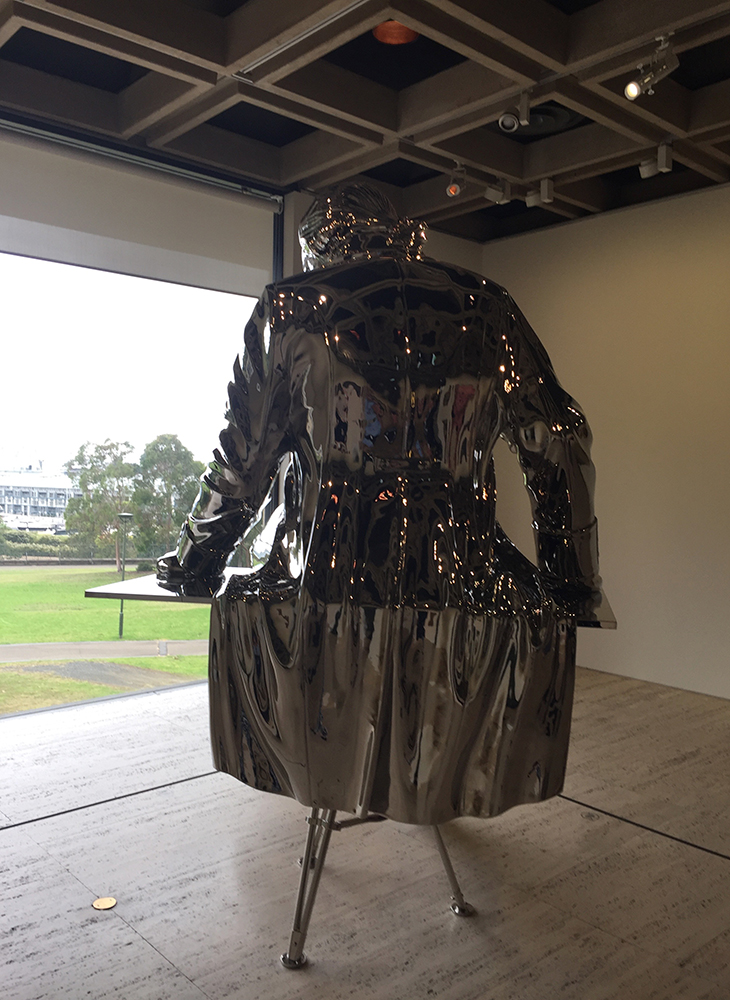 Gifted to the gallery from one of its longest serving patrons Peter Weiss AO, the work invites reflection on the man, his time and his accomplishments.

Its shiny surfaces capture both the light and atmosphere at different times of the day. inviting us to ponder whether or not James Cook realised when he set out from Plymouth just how significant his discovery would turn out to be in the history of the world and for those who came after him.

An accomplished astronomer, navigator and surveyor, James Cook’s maps, journals, log books and paintings from his travels are just some of the State Library of NSW’s most incredible records of this exciting time in the age of world exploration. 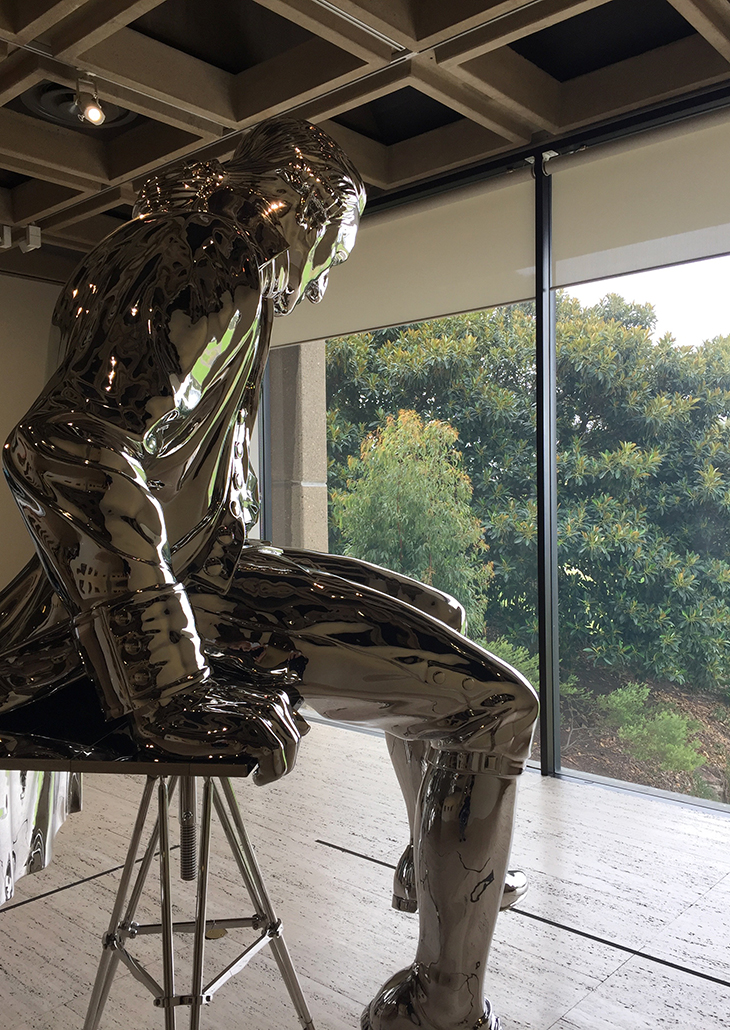 It was great to see him honoured in such a sensitive way. He and his discovery has led to a lot of bad press in our age, but we would have to say he was a man of his time, one always acknowledged for looking to the health and security of all those in his charge.

One can only ponder on what might have happened had he actually sailed into the inlet he historically named from afar, Port Jackson. He did miss out on viewing its natural beauty, for which it has become renowned.