The name Carla Zampatti is synonymous with style in the world of fashion.

This year 2015 celebrates the golden anniversary of a truly classic lady and her fashion label.

Fashion can be fickle by nature, and at a time where the market is saturated with brands, this stalwart has stood the test of time and trends.

Creating gorgeous clothes season after season, year after year for five decades is something to be extremely proud of and something that the young guns in the industry can also aspire too.

So, the question is, how has Carla Zampatti done it?

I think there are a few keys to her success, and the main one being the ability to dress any age group for any occasion.

Zampatti has a wide appeal because her clothes are a reflection of herself, elegant and full of class.

It is a fine art to transcend age in fashion and Zampatti nails it every season. 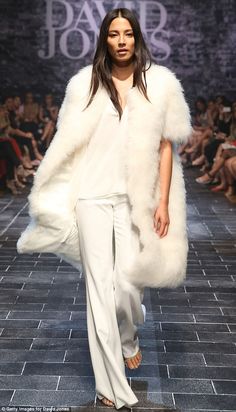 From her autumn/winter 2015 collection with a real “70’s feel featuring flares and marabou feather chubbies as seen here on the gorgeous Jessica Gomes at the David Jones Parade, to the “Palm Springs” brights of spring/summer 2015.

This collection was a private showing at the Sydney Opera House, one of Zampatti’s favourite places.

It has a strong 1960’s vibe with a fabulous colour palette including lipstick pink, cobalt blue and buttercup yellow.

Throw in everyone’s favourites black and white, and it’s a winning combination. She married Leo Schuman in 1964 and had one son Alex. They split in 1970 and two years later Carla Zampatti opened her first boutique in Sydney’s Surry Hills. Other boutiques soon followed in Mosman, Double Bay and a city store in Elizabeth Street.

In 1973 she added swimwear to her repertoire, and a line of sunglasses for label Polaroid soon followed. 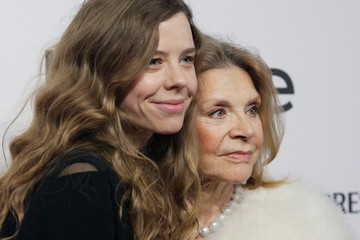 In 1975 she married Sir John Spender, with whom she has two daughters Allegra and Bianca. The latter of the two has her own label “Bianca Spender” which is a success in it’s own right. The marriage ended in 2010, and Carla now divides her time between Australia and overseas.

Instinctively knowing what made good fashion was a plus, but there is more to Carla Zampatti. She knows her market. After all she was a young working mother herself, so tapping into what suited her was a reflection of her customer base. She has grown with that fan base and expanded accordingly. She also surrounded herself with talented pattern makers, cutters and sewers. These people are intrinsic to success in the fashion industry.

Each season her fabric choices are sublime, and are guaranteed to meld beautifully into anyones established wardrobe.

In 1994 Carla won designer of the year, and in 2008 was awarded Australian Fashion Laureate, the highest award in Australian fashion.

She was also presented, in 2004, the Commander in the “Order of Merit of the Italian Republic”.

In January 2005 she was named an Australia Post “Australian Legend” and was subsequently honoured on a postage stamp.

So this year sees her celebrate half a century in fashion.

Last night, 22nd of September 2015, Carla Zampatti was honoured at the National Gallery Of Victoria at a Gala event, Celebrate Carla Style : 50 Years Of Fashion.

This innovative show combined highlights of Carla’s collections choreographed with vignette performances by the Sydney Dance Company. This was topped off by a one-on-one conversation with Virginia Trioli, covering many aspects of Zampatti’s life. Carla Zampatti has always been a great patron of the arts. All proceeds from the event went to the fashion and textiles collection at the National Gallery of Victoria (NGV).

So what comes next for this doyenne of dresses?

I think we can safely surmise, if the past is a mirror to the future, we will continue to be immaculately frocked up by the first lady of Australian fashion, Carla Zampatti.

In 2014 soprano Jessica Pratt will be Lucia di Lammermoor at La Scala, Milan and Amsterdam and come home to feature as Violetta in La Traviata, promise rewarded