Hollywood Actor Carrie Fisher (1956-2016), more affectionately known to millions of people around the world as the opinionated, impatient and self-assured Princess Leia, departed this life two days after Xmas 2016. She captured all our hearts when she rocketed to fame alongside actors Mark Hamill as Luke Skywalker and Harrison Ford as Han Solo in George Lucas’s extraordinary Star Wars trilogy of films, Star Wars: A New Hope, 1977, Star Wars: The Empire Strikes Back, 1980 and Star Wars: Return of the Jedi, 1983.

Their stories that defined what friends are meant to be, have become infused into our modern culture and have had a major impact on millions of lives. Whether you are old fans or fresh-faced and new to the power of the force, it’s now four decades since we began following the journey of the Star Wars group of wonderful friends. Knowing Fisher was on life support at Xmas affected many people, including my family who like so many others held a warm affection for this very outspoken delightful woman, who was not afraid to admit her frailties.

Usually on holidays at this time of year, I just had to come back and add my voice to all those lamenting their loss. They will forever hold a very special place in our hearts. Dear Carrie and Debbie you both lit up our lives for such a long time, we will be always grateful.

Your deaths brought what has been a very difficult year around the world and the loss of some exceptional performance artists, to a very sad close but we are comforted by the fact that you are now part of the force for good. 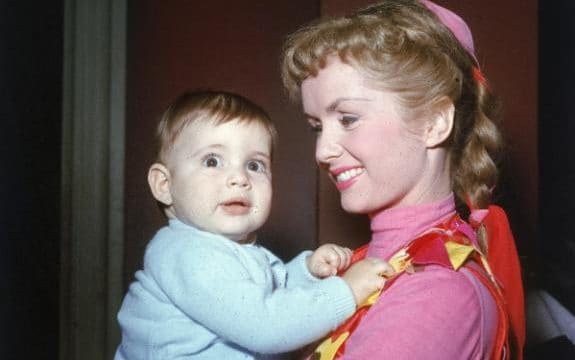 Children have no idea how powerful the bond between mother and child is until they have one of their own, and the last thing any mother wants is her child to go before her.

Grief is such an overwhelmingly powerful state of emotion and for Debbie her daughter Carrie’s death brought on a fatal heart attack for her as well.

Debbie was the delightful girl next door when I was growing up, the same age as my sister who also sang and tap danced around the house.

When she popped out of a cake in a pink confection in the Hollywood hit musical Singin’ in the Rain, we all gasped with sheer delight.

Good Morning, a wonderful song she sang with Donald O’Connor and Gene Kelly was one we all sang at our house often. My mother loved it.

When Debbie’s husband Eddie Fisher Carrie’s father left her to live with and marry her best friend Elizabeth Taylor, we all called him a cad in support.

Carrie Fisher despite many hardships as a child, surmounted all her challenges to become during her lifetime a living national treasure, one whose life has been all about inspiring new hope. Honouring her memory and reflecting on Carrie Fisher’s life in reality is important, because she encouraged generations of children to embrace change, to learn how to recognise their faults and to move forward with humility.

She and her mother both became champions for mental health and together with her Star Wars co-stars, motivated and empowered a whole generation of children to want to go out and ‘do good’ and not give in to their ‘dark side’. More recently Carrie Fisher featured in episode VII, Star Wars: The Force Awakens, 2015 and is to return for Episode VIII, currently in post production, which will cause mixed emotions when it is released in time for next Xmas.

Kathleen Kennedy, president of Lucasfilm said of Carrie Fisher “She had an indomitable spirit, incredible wit, and a loving heart.” Vale Carrie Fisher and Debbie Reynolds, true women of influence.  May the force be with you both, always.