The glittering Grand Palais at Paris will, from December 4 to February 16, 2014, showcase the most spectacular array of the world’s most famous jewels all made by the famous French jewellery and watchmaking house, Cartier. As the city descends into its icy weather period, everyone will no doubt be warmed by the brilliance and considerable pleasure of looking upon some of the most iconic pieces of jewellery in the world.

Wouldn’t mind pinning the superbly stylish diamond, pearl and black onyx number to my hair. It is a small Kokoshnik tiara made in 1914 by Cartier at Paris of platinum with a stylized Art Deco tree at the centre. Its branches undulate ever outward, ending in black onyx leaves all set against a diamond background.

Pearls were added at rhythmic intervals across the crown to enliven its unbroken contours. Watches and jewels acquired for the Cartier Collection are meticulously restored and cared for by Cartier experts in Geneva, Switzerland, as are the original archives, signed by the founder of Cartier, Louis-François Cartier (1819 – 1904).

They document nearly every jewel and timepiece made on his watch, as well as those who came after.

The display includes the incredible mystery clocks, which many would like to place on their mantlepiece.

There are a spectacular ensemble of fifteen of these to take your breath away, including the first in a series of six formed as a Shinto “shrine gate” (portique), which are all different and all made by Cartier between 1923 and 1925.

The story of Maison Cartier and the superb masterpieces of jewellery and objet d’art they have produced throughout their evolution from 1847 until today is one that transcends the ages.

It’s a tale of timeless design and unmatched craftsmanship.

Some of most famous and spectacular jewellery pieces Cartier Maison ever produced in the 20th century, by special arrangement with the Hillwood Estate will be on display. 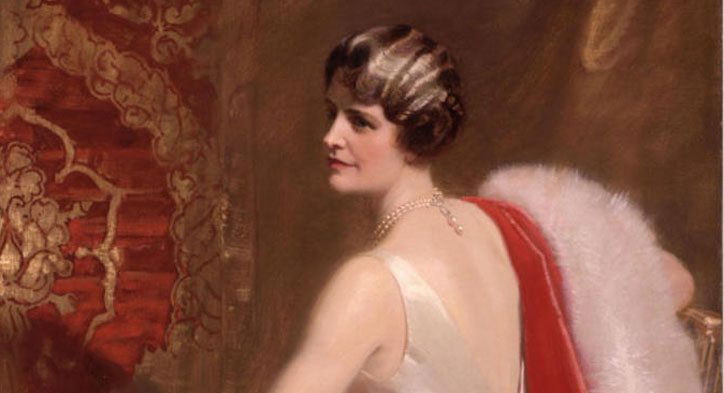 They were made for their legendary client the very wealthy Marjorie Merriweather Post (1887-1973).

A woman of influence, Marjorie Post was heiress to a vast cereal empire, avidly collecting French and Russian art. She was the most famous customer at Cartier New York in her lifetime.

Marjorie Post achieved the American Dream and her legacy, Hillwood Estate, Museum and Gardens in Washington, USA is today a place for everyone to enjoy

During the 21st century the world famous French jewellery house of Cartier has continued to lead design and style and pointing the way forward by following the fine example set originally by Louis-Francois Cartier and his son and grandsons for that of renowned excellence. One of my favourite of their historic pieces on show has to be the symbolic, and very emotive brooch created in 1944 following the Liberation of Paris from the tyranny of Nazi rule. It features a freed bird made from gems in France’s tricolour, red white and blue.

Its design followed on from the famously displayed ‘Caged Bird’ brooch, which featured in the Paris store window in 1942. A symbol of Nazi occupied France, it caused a sensational stir.

It was made during the period when Cartier’s famous Director of Fine Jewellery Jeanne Toussaint (1887-1978) was the driving force behind many of the incredible and inspiring styles being created by their workshops.

So much so, that she was summoned to Nazi headquarters to provide an explanation. Toussaint’s actions ensured she became one of the heroes of the ‘resistance’ movement, especially when after the liberation she displayed the delighted ‘freed bird’.

Toussaint’s aesthetic ‘taste’ was legendary in her lifetime and relied on by a great many of Cartier’s clients for decades.

Her devotion to the brand and the family in her lifetime working for them, helped promote the company and brand through the minefield of trying political and economic considerations of their time. 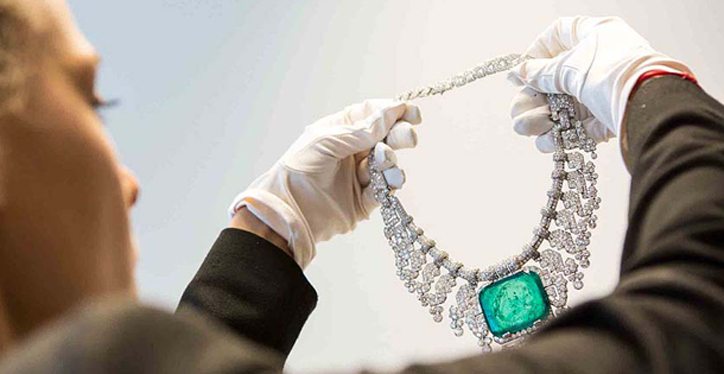 The show’s aim is to reveal not only how Maison Cartier has contributed in the wider context of French history but also to the growth of arts and culture in France, aiding its considerable international reputation as the continuing capital of style in our world today. 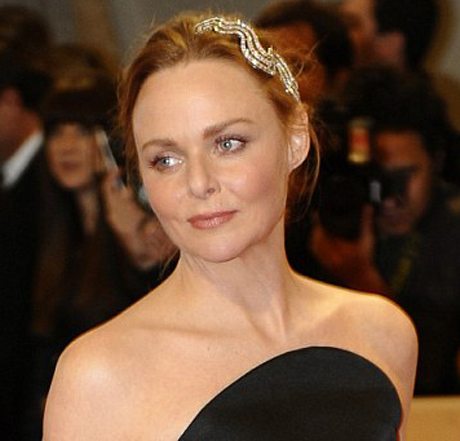 Viewing some 600 pieces, including 538 exceptional Cartier pieces, chosen carefully from the renowned Cartier Collection of 1,457 pieces, which has been amassed over the past 25 years, will be sure to both dazzle and delight viewing audiences.

They will no doubt flock to the Salon d’Honneur at the Grand Palais in their droves. Many famous collections have lent jewellery including the Queen of England, which means the Brits will have a good excuse to cross the Channel and enjoy Paris.

Perhaps one the major pièce de résistance‘s will be a sensational 1932 necklace of diamonds featuring an impressive 143.23 carat emerald made by Cartier London, which is guaranteed to knock your socks completely off.

The exhibition emphasizes key dates in the evolution of Maison Cartier and includes many other emblematic pieces of jewelry, which range from the first pieces in an abstract, modernist style including a diamond hair ornament created by Louis Cartier in 1902.

Designer Stella McCartney wore it to The Met Ball in New York in 2012.

Chills will also surely be guaranteed to run down your spine as you view the fascinating crocodile and snake necklaces and bracelets made for Mexican actress Marie Felix in 1975. Grace Kelly’s engagement ring, the Duchess of Windsor’s famous ‘flamingo’ brooch, Elizabeth Taylor’s stunning La Pergrina necklace, which contains one pearl dating back to the 16th century and ownership by Queen Mary Tudor, will no doubt provide a fabulous feast for the eyes.

Visitors will be able to admire the first Cartier jewelry wristwatch, covered with the now famous “Panthére” motif, with its textured pattern of diamonds and onyx

Then there are the extravagant earrings, a pair of panthers that matched the famed ‘panther brooch’, created for Woolworth store heiress and world’s wealthiest woman at the time, Barbara Hutton.

Or how about the Tutti Frutti strap bracelet loaded with diamonds, rubies, sapphires and emeralds made by Cartier in 1925, inspired by Indian Mughal jewellery. This and other Tutti Frutti pieces enchanted women of distinct tastes, such as Lady Mountbatten, Mrs. Cole Porter and Daisy Fellowes.

The exhibition will be revealed in chronological order. The magic of the objects will speak for themselves, letting us all in on the story of Maisoon Cartier’s amazing evolution. From the fabulous necklace and brooch set with exceptional oval and pear shaped amethysts made c1860, which is among the oldest pieces in the collection right through until the production of the ‘all new’ diamond paved Juste Un Clou bracelet, which although seemingly contemporary on first glance was originally designed in the 1970’s, everyone will remain enthralled.

Re issued, although this time studded with diamonds, it is cool, energy driven and edgy, and certainly all about the art of now, which Cartier proves time after time it has always excelled at presenting. 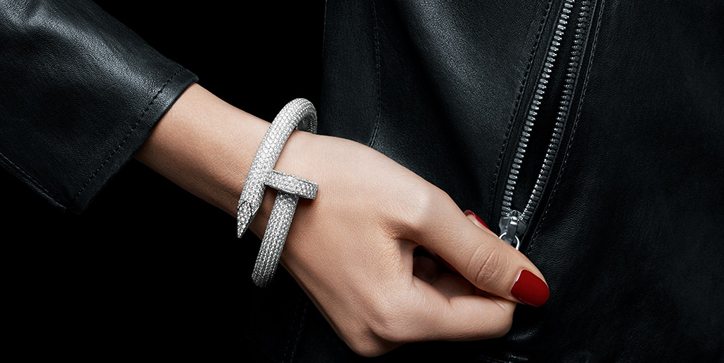 Once again we could say they appear to have ‘nailed it’! 10 am to 8pm on Mondays and Sundays

Every day (except Tuesdays) from 10am to 8pm

Wednesday from noon to 10 pm