Cartier: The Exhibition at the National Gallery of Australia March 30 – July 22, 2018 will showcase some 300+ spectacular jewels and objects, with loans from the Cartier collection, royal families and celebrities providing viewers with further insight into the history of Maison Cartier.

The gallery asserts that never before have so many incredible diamonds, emeralds and other precious stones been seen in Australia. This exhibition will introduce to our own time, Cartier’s historical glittering international clientele. 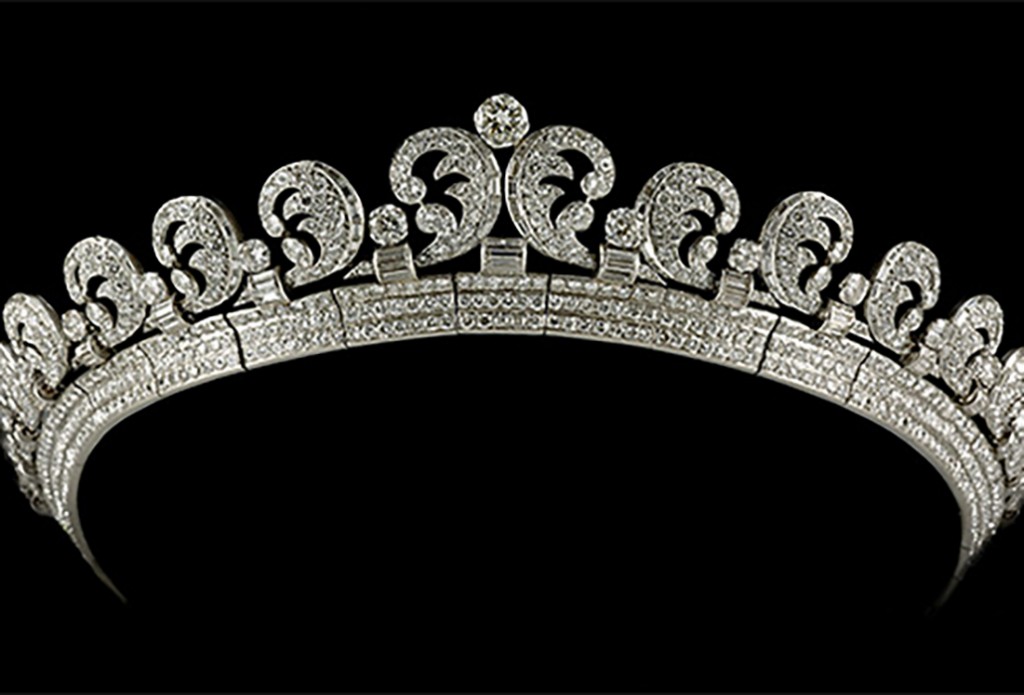 The famous “Halo” tiara will be on show. It was an ultimate status symbol when it was made and this most important of hair accessories became a symbol of love when Queen Elizabeth II lent it to Catherine Middleton, who wore it when she married her grandson Prince William, Duke of Cambridge in April 2011.

Made in 1936 it had been purchased by King Edward VIII’s younger brother George for the love of his life the Duchess Elizabeth just a few weeks before his brother the King abdicated the English throne to marry Wallis Simpson. He became King George VI and his wife the future Queen Mother.

Perhaps more than any other piece of jewellery made by Cartier during its evolution, the halo tiara epitomizes the firm’s aim of ensuring the jewellery they designed would be able to be passed down from generation to generation. 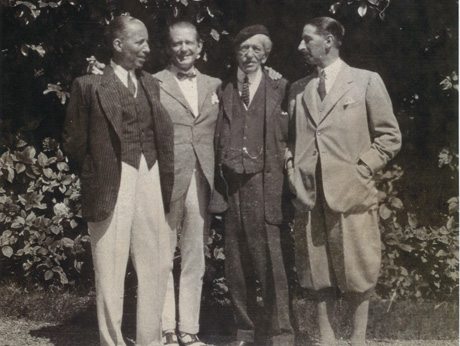 The famous French jewellery house has continued to lead design and style and the way forward by following the fine example set by the company for that of renowned excellence.

The journey in life taken by Louis-Francois Cartier (1819-1904) was all about a dream passionately pursued that he brought to reality. He wanted to influence the future of his chosen industry, by achieving and maintaining high standards in both design and manufacturing.

Creating beautiful unique objects Louis-Francois Cartier registered a craftsman’s hallmark, a simple lozenge shape with a heart flanked by his initials L and C. French jewels were rarely marked during the nineteenth century, except for those exhibited at world fairs but he would change all of that.

Emperor Louis Napoleon (1808-1873) encouraged French firms to showcase their wares in The Great Exhibition at London in 1851, which generated a growing interest in Europe, England, America and Australia for luxury goods.

The wealth being generated at the time by the increasing success of the industrial revolution helped to widen expansion of knowledge about historical design styles and have an influence on the development of new techniques of manufacture. 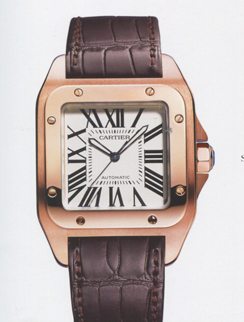 Cartier created their first wristwatch in 1868 and Louis-Joseph Cartier was responsible for ensuring that this new innovation would in the future adorn every man’s wrist.

His great friend, Brazilian aviating pioneer Alberto Santos-Dumont asked Louis to design a watch he could use on his flights.

The Santos wristwatch went on sale first in 1911 with its ‘modern’ design highlighting the importance of the screws Louis observed had held his friend’s paper-thin plane together when in flight. Cartier ‘mystery clocks’ were next, given an illusion of weightlessness as technology bowed down to the triumph of beauty.

Cartier jewels exhibit finesse and complimented couture fashion designed the leading Parisian couturiers in an age of great elegance, when an appreciation of a design aesthetic was desirable.

The Daisy Fellowes’ Tutti-Frutti Hindu necklace made on special order for the Hon. Mrs. Reginald Fellowes, is perhaps one of the most famous it has produced.

Rubies are meant to symbolise peace and prosperity and it is said those who wear them gain health, wealth, wisdom and love. 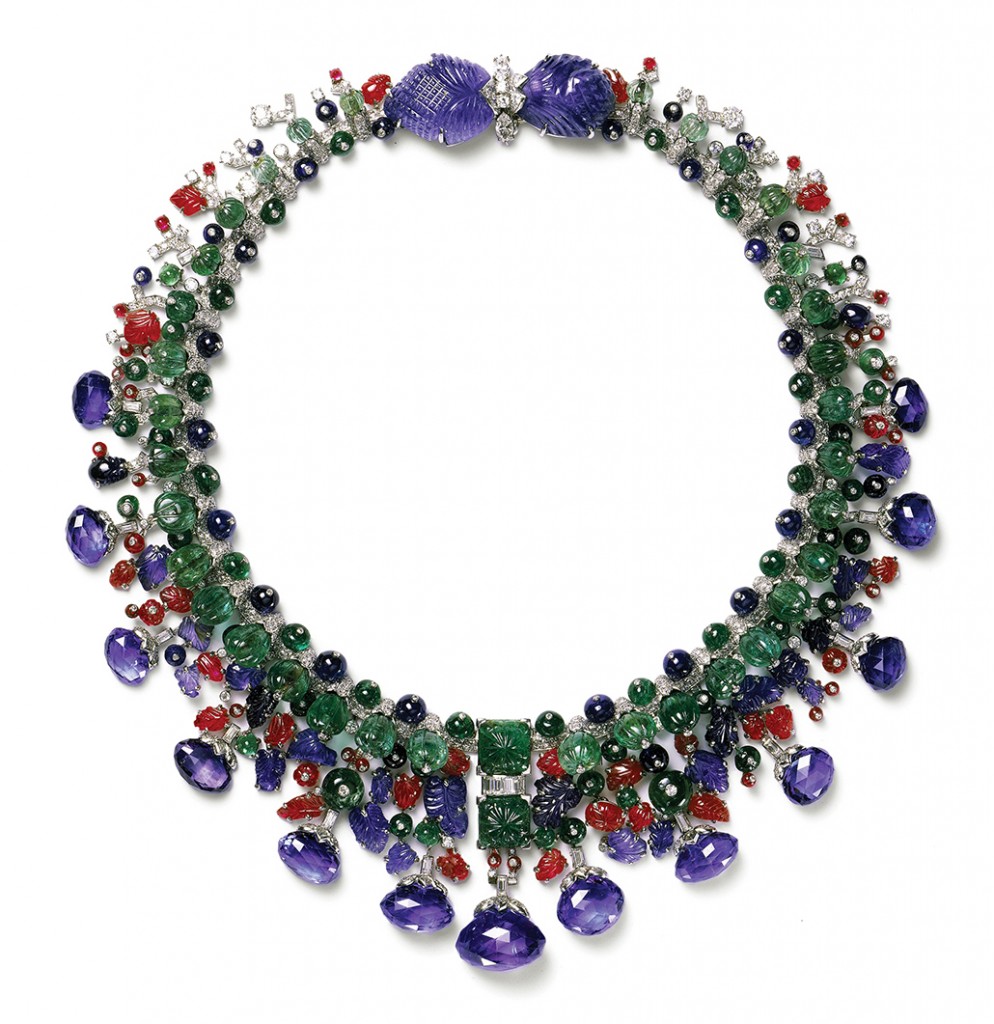 Dame Elizabeth Taylor’s diamond and ruby necklace, purchased at auction and given in love by her third husband Mike Todd, “was like the sun, lit up and made of red fire.”

It formerly belonged to American socialite Wallis Simpson who married the former Edward VIII and like all the stunning pieces of love jewellery fashioned by Cartier and given in love to Wallis by her Prince, King or was it a Duke still really says it all.

As well as the intriguing array of Cartier jewellery, timepieces and magnificent precious objects on show, a selection of original preparatory drawings, historic portraits and photographs, film, advertising material, jewellery-making tools and equipment will expand the experience. An accompanying program of talks, tours and events along with a fully illustrated catalogue will be sure to impress and along with the exhibition, is sure to lure many Australians to travel to our national capital, Canberra. Grace Kelly, Actress, Princess and Style Icon. The world was entranced when she went from Hollywood star to fairytale Princess. Last week The Culture Concept Circle team were able to travel to Bendigo to view a retrospective of  the Princesses wardrobe. Held in the Bendigo Art Gallery the Grace Kelly…