Spoilers below from our American correspondent… ‘Every morning I bring you a cup of coffee, just so I can see a smile on your face’ says Ric Castle to Kate Beckett ‘because I think you are the most remarkable, maddening, challenging, frustrating, person I’ve ever met. And I love you Kate, and if that means anything to you, if you care about me at all, just don’t do this’.

Two of the American ABC TV’s favourite characters writer and crime consultant Richard (Ric) Castle (Nathan Fillion) and detective Kate Beckett (Stana Katic) are finally, in the last episode of season 4, on the same page. They are establishing at last what will hopefully be a real and always lasting relationship. This was the very dramatic and passionate end that fans, who have avidly followed the show and all its protagonists for eighty (80) episodes, have been waiting for. Even though Castle had declared he loved Kate as she lay dying in his arms after being shot at the end of Season 3, her long recovery has included a whole series of sessions with a psychologist. They would, at last, allow her to finally admit how she feels and seal the deal in the finale “Always”, by revealing her feelings and rushing into his arms.

We first met successful novelist Castle, created by writer producer Andrew W. Marlowe, playing poker with other famous authors and his friend the ‘Mayor’ of New York, who gives him permission to tag along with aggressive NYPD Detective Kate Beckett’s team as a crime consultant. They instantly prove opposites do attract, and over the first three seasons they have delightfully bickered and bantered back and forth with sparks flying as they have taken down the bad guys. However this finale of Season 4 is the most dramatic episode so far, taking viewers by surprise as to the many changes happening in all their relationships. 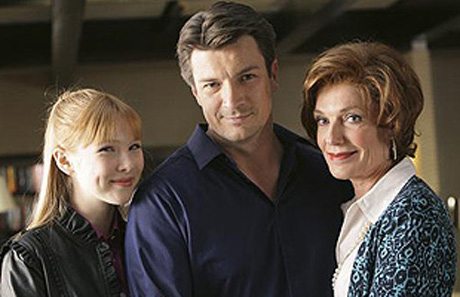 Castle also gallantly looks after the other two ladies in his life, his teenage daughter Alexis (Molly C Quinn) and his mother Martha Rodgers (Susan Sullivan). They are living together in the designer brownstone loft at New York to die for.

The finale to season four was full of secrets and surprises. It continued the ongoing back story about Kate’s mother, who had been shot a decade earlier and in mysterious circumstances.

It’s also time of great change at home. Castle’s daughter Alexis, now all grown up is graduating and going off to Columbia University. As she tries to write her speech her father tells her that “some of the most worthwhile things in life are often the most difficult”. The speech is to be delivered at her graduation ceremony and it proves to be poignant and perfectly targeted for all that is happening in the moment.

‘There is a universal truth we all have to face, whether we want to or not, everything eventually ends’ Together with the division chiefs, Captain Roy Montgomery (Ruben Santiago-Hudson) in the first three seasons and Captain Victoria Gates (Penny Johnson) in Season 4, they have become a formidable group of characters who, just like the rest of us, have many failings. We have welcomed them all into our living rooms on a regular basis, learning along with them as they progress through life.

Kate has been investigating her mother’s death for so long it has become an obsession that she has found difficult to just walk away from. Castle in revealing his feelings for her tells her she must let it go or it will destroy her as well. 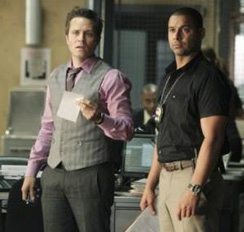 Not having enough regard for the wisdom of his advice she charges on regardless and he, resigned to the inevitable decides it is he who must move on. He resigns from the unit and leaves, subsequently rejecting all her calls for assistance. However, instead of the complex plot finally being resolved, fans have to buy back into the whole reason why Captain Roy Montgomery (Ruben Santiago-Hudson) Castle, Beckett, Espesito and Ryan’s much-loved former precinct chief died at the end of series three, believing he would be protecting Kate from future harm.

Instead of answers we find that we only have more clues to follow. The mystery surrounding why there are ‘people’ out there wanting Kate dead as well has now in this finale only deepened.

Espesito and Ryan also fall out because Espesito backed Kate’s desire to go after the deadly killer without back up. Ryan, ordered to stay behind, finds that he has a difficult decision to make if the members of the team are to stay alive. 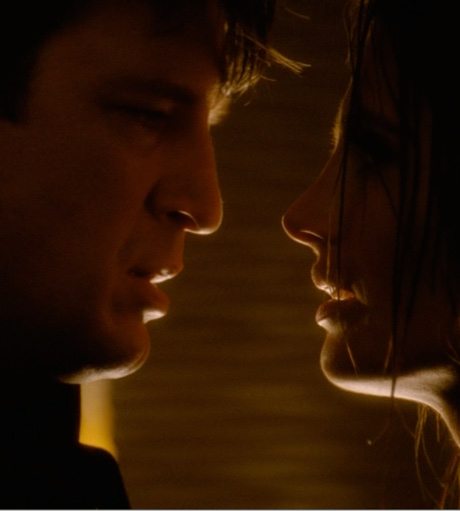 As she dangles dangerously off the side of a building with only a few moments left before she more than likely plummets to her death it is Castle Kate calls for, finally realizing all along that he was just wanting to protect her.

She calls to him, but it is not Castle who comes but Ryan, thankfully disobeying direct orders. Questioned by the chief Kate dramatically resigns from being a detective after her judgment and motives are called into question.

Wet from walking in the rain and feeling free at last she turns up at Castle’s apartment.

Castle: Beckett, what do you want?
Beckett: You

PS This could have been a perfect place to end. But now it is official Castle is back and Season Five will open with many opportunities for new and exciting story lines. The fans too will all be feeling quite satisfied and sated because Castle and Beckett have finally ‘hooked up’.