Since the cliff-hanger finale that happened earlier this year committed fans have been hanging by a thread, waiting for the new season of Castle to start. Our American correspondent reports that the first episode of Season 5 did not disappoint and that Kate Beckett is back and about to broker a deal for her life. So if you want to find out for yourself don’t read any further because we wouldn’t want to spoil it for you.

Detective Kate Beckett and best selling mystery novelist Ric (Richard) Castle are partners in crime, but not in life – at least not yet. He’s a writer assigned to work with her team trio at LAPD to help her solve crimes. The romantic tension that has been building over the first four seasons of this great show between them both however finally came to a climax at the end of Season 4 when she burst in his front door having resigned from the police force declaring that what she wanted the most was to be with him. She had an epiphany about what was in happening in her life when the man identified as having killed her mother Cole Maddox, left her hanging by one hand from a high rise classical building downtown, terrified she would fall without telling Castle how much she loved him. As they kissed and the lights went down we were left with only our imaginations to hold onto for all this time. This captivating ABC American television series stars Nathan Fillion (the cult hero from Firefly) and Canadian actress Stana Katic, who have wonderful chemistry that is palatable. The show has reached a high point of popularity vis a vis the excellent scripts provided by its powerhouse team of writers headed up by Andrew W. Marlowe one of the Producers, who has written a huge majority of the episodes. David Amann, who has prestigious television series such as Without a Trace, The X Files and Crossing Jordan to his writing credits, was the author of the first script of season 5 “After the Storm”. It is truly excellent, keeping the pace going throughout, weaving an intricate tale with the great style that we have come to expect from this very ‘classy’ drama/comedy series.

At the beginning of season five Castle thought spending the night with the woman he loved may have been a dream until she suddenly appears at his bedroom door not long after he has woken up. “No, it wasn’t” she says as she hands him a cup of morning coffee wearing only his discarded shirt. Now he knows that what happened between them is very real. Finally, our two favourite sleuths have started along a new path forward together. Or have they? What will it all mean for the unsolved homicide of Beckett’s mother? After all it is what motivated this highly skilled combination of beauty and brains to become a policewoman in the first place. She sought justice and to bring closure to this terrible even in her own life, as she does for other victims of the crimes she solves, with Castle’s help. 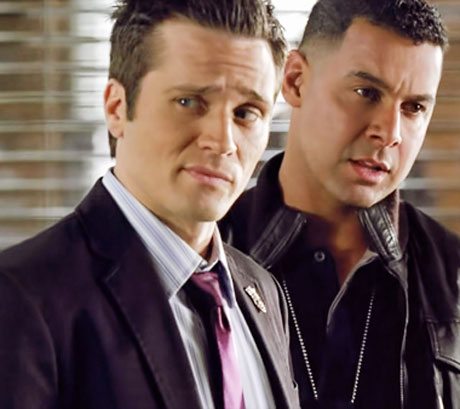 Her precinct partners detective Javier Esposito (Jon Huertas) and detective Kevin Ryan (Seamus Patrick Dever) had fallen out of respect for each other in the closing moments of Season Four.

Will they forgive each other and get back together and on track to help their favourite boss Beckett survive as once again, her life is threatened? They are both stubborn and at times very pig-headed. How can Castle help them to keep her safe?

Just as Beckett and Castle are about to pick up where they left off the night before to enjoy a relaxing day together Castle’s mother Martha and his daughter Alexis arrive home unexpectedly.

We then plunge head on into a whole new ball game, as momentarily fazed Castle is not sure what to do and makes Beckett hide in his closet. 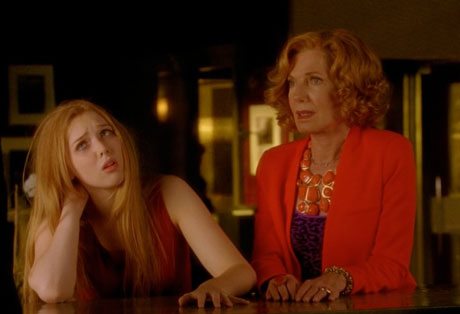 He realises that he does not want to let Martha or Alexis know about he and Kate’s new status until they have at least had time to talk it through.

After all it was only last night that he thought she was out of his life, at least until she burst in the front door and her passion and need took over.

He believes it would be far better to announce it later and so frustrated and upset she sneaks out and heads off home while he deals with Alexis’s hangover.

Arriving at her apartment to a tirade later, they are just sorting it all out when Ryan pounds on Kate’s door to get her help with identifying a photograph. This is when Kate finds out that Castle has been withholding information from the investigation in his endeavours to keep her safe.

Mad at first, she remembers how much he loves her and how he and his family and her team had kept a vigil at her bedside when she was shot in the opening episode of Season Four. So, reassuring him that they are in it together unraveling the story begins in earnest with Espesito and Ryan’s help. The man at the centre of the cover up Michael Smith has been tortured by Cole Maddox, but they rescue him as Maddox escapes.

The clues lead them to an abandoned warehouse where Smith has placed a back up file in a floor safe. However before anything can happen Kate and Castle are overpowered by Maddox, tied up and locked away

Maddox meanwhile cracks the safe and as he removes the file, Boom!

Up it blows and its lights out for him.

Rescued by Espesito, who has been following them, they collect all the pieces of the file and the team then tries to put the huge jig saw puzzle back together. We are all led on a chase that is very cleverly crafted and full of clues, that lead them on until they find the man at the top, the one who originally ordered the hit on her mother.

Wanting to take care of it herself she bolts and ‘bluff’s her way into the Senator’s fundraiser, bluffs her way into meeting him at gunpoint in a kitchen where she brilliantly brokers a deal for her life, whacking him to cause a scar on his face that will remind him of her. She tells him that if anything happens to her the file she has amassed about his corruption will automatically be sent to the press and police so that he will never see the light of day again. Kate Beckett is very impressive, tough, determined and for now content that she finally has everything under control. She has taken down her mother’s murderer and put him in a place where she is in charge.

She convinces her boss Captain Victoria ‘Iron’ Gates to re-instate her and Castle and their team, who have without doubt the highest record for closing cases the squad has ever seen.

Gates is hard to budge, but impressed she gives in and says its ok, as long as Beckett serves out the time of a suspension from the department. This is fine by Kate who then re-assures Castle, and tells him she has figured out just what to do while she’s waiting. We all have a pretty good idea.

18th Biennale of Sydney from June to September 2012 will take place in various city venues, connected by a spectacular art walk around Sydney’s famous harbour