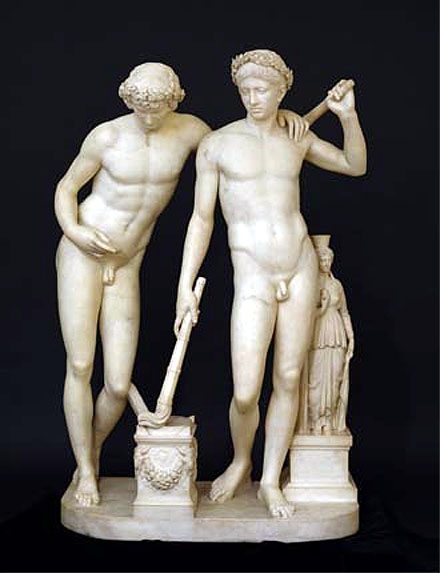 The Dioscuri - Castor and Pollux

In Greek mythology Castor and Pollux were brothers of Helen of Troy, the ‘face that launched a thousand ships’. They brought forth favourable winds for those who made sacrifice to them. The Romans considered Castor and Pollux the patron gods of horses and of the Roman social order of mounted knights, called equites.  Like many of the Gods they have complex back stories and lives, as well as controversial connections. As Immortals they would usually have the ability to live forever. 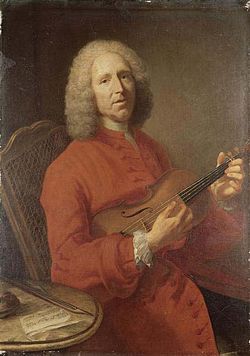 Castor and Pollux the opera is a crowning achievement of French Baroque music. The Pinchgut Opera at Sydney has announced they will present it for their season in December 2012. Tantalizing their followers, they are saving  up the announcement of the singers for a later date.

It is an unusual work, a celebration of brotherly rather than romantic love, which provides psychological and moral tension, while providing proof that love can transcend both sex and time.

Composed by French master Jean-Philippe Rameau (1683-1764) its first performance was held in 1737 to great success. The libretto was by Salon poet Pierre Joseph Justin Bernard and the piece sung in French. Today many scholars consider it the greatest of all Rameau’s wonderful works.

In 2011 in true tradition it caused controversy when revived by the English National Opera directed by Australian bad boy Barrie Kosky, with minimalistic elegance.

It was controversial from day one because of the popularity of the King’s favourite composer Jean Baptiste Lully. Jean-Phillipe Rameau was seen as endeavouring to usurp his older rival.

The so-called Lullistes and Rameauneurs had a field day, engaging in feisty debate and made sure its premiere was a dramatic, and indeed noteworthy event.

The action takes place as Pollux journeys to the underworld to redeem the life of Castor, who was murdered at his wedding to Télaïre at the instigation of the latter’s jealous sister Phébé. The complication is that Pollux is immortal, Castor is not.

The gods have decreed that Pollux must sacrifice his immortality in exchange for Castor’s life – a price Castor will not pay, despite his awareness of the anguish he will cause those left on earth.

The opera is a work of ethereal beauty, rich in affecting airs, elegant dances and powerful choruses, with a plot that sweeps spectacularly from the walls of ancient Sparta down to the gates of hell and back up to the starry vaults of heaven. Remains of the Temple of Castor & Pollux at Rome. It was a key building in the history of the Roman Corinthian order.

It will be interesting to see who the Pinchgut casts to play the legendary brothers, whose mutual devotion is so strong that each is willing to die in place of the other.

The marvelous music is certainly ravishing. Antony Walker and the Orchestra of the Antipodes will revel and relish every moment of the rapturous score, while the vital chorus will respond to its textural luxury.

Castor and Pollux by Jean Philippe Rameau is all about eloquence and musical intelligence. The Pinchgut Opera at Sydney, whose reputation for excellence is renowned, will be sure to achieve another triumph and lead a revival of interest in French music of the Baroque era.

An Aside: The trio of Corinthian columns surviving in the ruins of the ancient Forum at Rome are those from the Facade of the Temple of Castor and Pollux. They are significant in that they were drawn by all the visiting and potential architects of the eighteenth century and highly influential on the revival of the classical style in Europe, England and America during the eighteenth, nineteenth and early twentieth centuries.

Where would the world be without the larger than life people in history, like our ANZACs, who changed its course and impacted on what would happen in the future