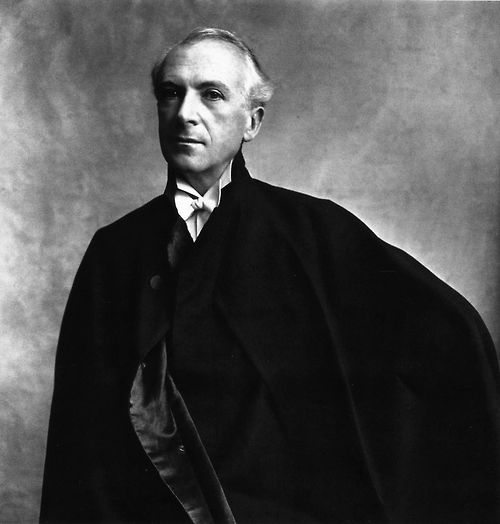 Knighted in 1972, photographer, Illustrator, diarist, costume and set production designer Cecil Walter Hardy Beaton (1904-1980) nicknamed ‘Rip Van with It’ was in every way a Renaissance man, one whose thirst for knowledge, was only exceeded by his thirst for more.

Cecil Beaton in his day became 100% fashionable, appearing in every gossip column and honing his talent as a perfectionist in living life to the full. He was indeed blessed with a rare talent for observation and reflection, which was both thought provoking and always entertaining. He lived his life for photography from the time he was given his first camera aged 11 and learned how to develop not only his pictures, but also his distinctive style.

Witty and with an eagle eye, Sir Cecil was a contemporary of my parents and became well known during their age for his amazing and masterful photographic documentation of World War II. He covered the conflict in both East Asia and Africa for English Prime Minister Winston Churchill’s British Ministry of Information. Throughout the war he captured war-ravaged London with great empathy, in spite of the destruction and chaos around him he gave the ruins of many of the bombed historical buildings he loved glamour in adversity.

He carefully and with great consideration chronicled the terror but highlighted the beauty when he found it among the rubble or in the wards of hospitals as well as captured the resilience and camaraderie that infused the military.

Memorable moments and poignant portraits such as a British sailor on shore leave, a sailor on board ship repairing signal flags on his portable sewing machine, a soldier he knew who had been a butler, as well as a three-year old victim of the London Blitz in hospital.

Eileen Dunn’s image was so powerful it ended up gracing the cover of Life magazine in 1940. Its impact at the time across the world was extraordinary.

He won over even the most heartless, finally commanding the attention of the Americans, drawing them into helping to resolve the terrible conflict in Europe, which for them seemed so far away.

Above all, Beaton’s delicate sensitive touch applied so carefully, captivated hearts and endeared him to the British people and their allies, a mutual admiration society that would extend for all time. 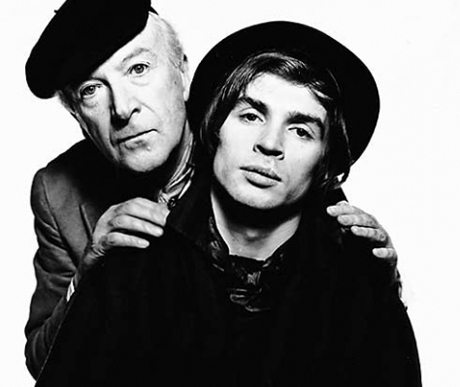 The Imperial War Museum has a vast archive of his work today, including his amazing photographs of Sir Winston Churchill.

There are some 7,000 photographs that reveal the war definitely had a profound effect on Beaton’s life and work, as well as his attitude to both.

With the other influences on his life, this would ensure he doggedly pursued his fastidious commitment to excellence that he became renowned for internationally.

From Vanity Fair to Vogue from the 30’s to the 80’s, Cecil Beaton’s love of his work ensured it was and remained, a powerful piece of visual propaganda.

He sold the story and message of the style and aesthetic of each decade of his age through mesmerizing and memorable portrait imagery ensuring that he also became a celebrity in his own right. Following the war Beaton began by producing photographic portraits of the Royal family and other members of English high society. His photographs of the wedding of the Duke and Duchess of Windsor (1937) and HM Queen Elizabeth II (1939) exploded his fame.

As he grew in stature celebrities flocked to be photographed with him, or by him and eventually Hollywood came knocking on his door.

He became heavily involved in the world of haute couture fashion and admired Madame Chanel, whose method he believed was about her genius; contriving to make wealthy women look expensively poor.

He reminded us that she ‘innovated shell-rimmed spectacles, invented backless shoes, evening dresses of ankle length, women’s capri pants, and many more.

She taught models how to walk, loved jewellery but said it should be worn as ‘junk’ regardless of its value.

He was a font of ideas, met morphing to become an Academy Award winning costume and production designer, his costumes and settings for My Fair Lady in 1964, a pinnacle of his career.

His legacy of ‘eclectic vision and social charm’ was all about daring to be different, impractical and asserting his integrity of purpose. Growing up with his name in the news and photographs everywhere, as a child Sir Cecil Beaton to give him his due, definitely helped articulate my own eye for fashion, form, art and design.

During my afternoons spent at the Randwick Municipal library, he honed my interest in the history of design, helped to expand my understanding of what fashionable means and taught me about the power of imagery in moulding perceptions.

His 1954 publication The Glass of Fashion, a cherished copy of which I still have in my own book collection, was his own take on the changing tastes and the amazing array of people who inspired them for over fifty years. He illustrated the text with his own drawings and photographs.

This included delightful drawings of his ‘Aunt Jessie’, his mother’s sister and a lady that was an ardent devotee of fashion who sounds like quite a gal.

She startled her family by adventurously racing off to South America after marrying a ‘Bolivian’ to become the first white woman to ever sail up the Amazon in a canoe.

When she reappeared in London her husband was Bolivian minister and she lit up Cecil Beaton’s life as a larger than life character, one who regaled him with her tales of derring do.

It was Aunt Jessie Cecil Beaton says who gave him a taste for life, a sense of fun and helped him sort out the difference between bad and good taste as hers was always impeccable.

She shopped in Paris, hauling home enormous trunks with gilt hinges and locks that opened to reveal the wonder of scores of dresses, ribbons, ruffs and accessories made from textiles beaded or embroidered by the yard. Her hatboxes held six hats apiece and she had many. Her garden parties were legendary and her grand style meant she was a martyr to fashion. And the jewels my dear the jewels.

She was fond of ‘black pearls’ and had suites of jewellery made from them highlighted by diamonds, which is so chic an image in the mind it’s almost too hard to cope with

He lovingly documented her house, her tastes and her style, but most of all the memories he has of her laughter. It filled the house to the brim and flowed over.

She was he said, ‘so full of the joy of living that a child at once became over-excited in her presence’. He says to ‘Aunt Jessie I owe my first real glimpse of the world of fashion’.

How powerful are the perceptions we have as a child.

However, like fashion changes in life happen and when she came back to live in his families household after his uncle’s Bolivian investments failed and he died, Aunt Jessie was forced to live the rest of her life out of her trunks, with life taking on new meaning.

As he aged he discovered in retrospect that her great gifts were revealed to him slowly and he admired her rare wisdom, philosophy of life and ability to keep going forward with gaiety, pluck and courage.

When she died he realised the special gift she had left him at the bottom of her boxes was hope.

The book abounds in anecdotes as he discusses the rise and rise of great couturiers from Schiaparelli to Chanel and on to Dior who fashioned the post war look of the fifties. 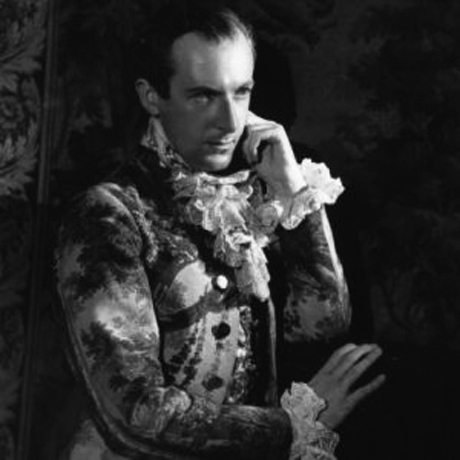 Beaton captured the mood and style of that era to perfection and as it was the one I grew up in had a profound effect on the way I viewed the world too.

He understood so well the fleeting qualities that particular and popular songs can conjure up the emotional feelings of a decade.

The music of the war years, followed by the 50’s, 60’s, 70’s, 80’s and so on, all has meaning for the people who not only lived through those times but also the music defined what they were thinking or doing at the time.

Cecil Beaton expounded the idea real style is always enduring. For Beaton that meant down through the years smart sophisticated and ground- breaking unique songs would come to be cherished, be important and mean something else entirely to another generation in their time. He put forward the thought they will continue to be sung and remembered by ordinary people long after the rulers of their day have faded into oblivion. 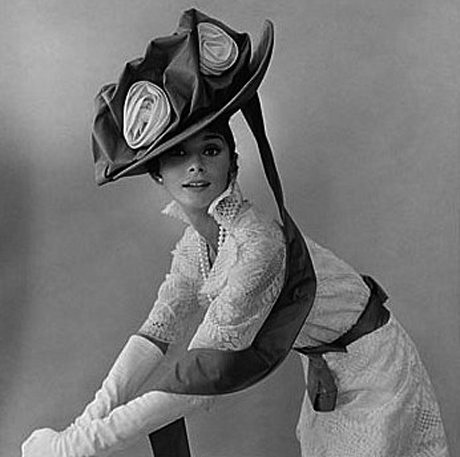 As an example the music in the 1993 favourite Sleepless in Seattle introduced a whole new generation to songs written between the wars and the 50’s.

Cecil Beaton specialized in fashionable or surrealist studies of society women, including some of the most famous women of the twentieth century, one of his last favourites undoubtedly being actress Audrey Hepburn.

She graced the costume he designed for My Fair Lady with great elegance,  providing an image of beauty of style that will endure.

He commented succinctly on many subjects, asking questions such as are ‘extremes of individuality and democracy really incompatible?

Will fashion in the extravagantly romantic guise fostered by extremes of wealth become non –existent?’ He thought it was ‘always a danger to bemoan the lost glories of the past and the barbarism of the present. If every age is a birth and a dying, better to be on the side of the living than the dead’! His ending to his book is special.

‘Fashion is the subtle and shifting expression of every age. It would be foolish to expect our social mirror to always send back the same image. The important thing, in the last analysis, is whether that image really corresponds to what we feel ourselves to be’.[1]

The cedar in biblical times stood as a symbol for everything strong, fertile and abundant. Its wood was highly prized for its strength, colour and scent. Europeans regarded the giant trees with awe and celebrated them in village folklore. Three of the four species of cedar came from the shores…