From the people, and for the people all springs, and all must exist Change is inevitable and in a progressive country change is constant. The truth about the Carbon Tax in Australia is out there, but will it ever be found? One thing for sure is that many people with a multitude of agendas are putting in their two pennies worth for and against it and some will say that this is the debate we had to have.

The more extensive a man’s knowledge of what has been done, the greater will be his power of knowing what to do
Whether the Carbon Tax is good or evil, right or wrong who can know what to do or where to turn after all the marketing spin, misinformation and media inaccuracies we have been subjected to on almost an hourly basis over the past few weeks and, from both major political parties. Then there are those on the fringe whose purpose seems to be to only add to the confusion. Let’s not forget the billions and billions of dollars involved, the loss of jobs, the effect on industry, the families and individuals with their many different and diverse agendas as well as those who simply do not care about anyone but themselves. 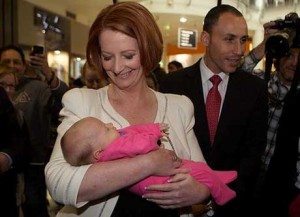 The greatest good you can do for another is not just share your riches, but to reveal to him his own
It is much easier to be critical than correct but the public by and large is suitably and completely confused about a Carbon Tax. More images of our Prime Minister crying have not helped. The Age at Melbourne reported the P.M saying ”It doesn’t come easy to me to expose my feelings as I make these decisions. I was the shy girl who studied and worked hard, and it took time and effort but I got from Unley High to the law and as far as … standing where I am today”. While Julia Gillard should never apologize for letting us know she has feelings, or for bearing her humanity, what we really need to know is are the tears she has been shedding connected to truth? Is the truth that worldwide in our many and diverse cultures we all now have to pay a price to keep the air we breathe sweet and pure, the soil rich and viable to grow food and to a greater extent more trees to filter our air. Then there is water life’s blood itself. It needs to be kept fragrant and clean for nurturing crops and people for generations to come and, not just our children but also their children’s children. The secret of success is constancy of purpose
The Carbon Tax is really about society forgetting how to conserve, preserve and appreciate the fragile natural world environment we live in and rely on. Over the past two and a half centuries with advances in industry, science and technology best practice has not always been adhered to. And this is despite all the facts available to those driving economic and societal development. The public has had a responsibility to try to understand that many of the choices and actions we and our ancestors have made have caused more rapid degradation of the natural environment. Instead of planting trees that help oxygen to remain pure, we are still cutting them down. The tragedy of the Amazon basin is being played out now in our own time. 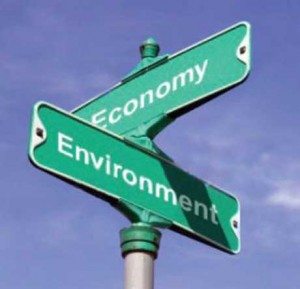 What we anticipate seldom occurs; what we least expected generally happens
Plain English speaking is required. When those confronting the Prime Minister this week asked why they should trust her now instead of humbly asking permission to explain why she had gone back on her word Ms Gillard chose to disrespect their, and by inference the intelligence of the Australian people, by descending into a badly written marketing spin. Adults seeking honest straightforward answers were patronized by the politician they wanted to trust and it didn’t end well for either party. A true leader seeking to be respected as a ‘first among equals’ needs to empower others to act by keeping them fully informed. 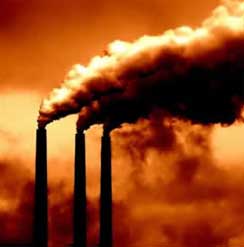 The magic of first love is our ignorance that it can ever end
When you make promises and go back on them it creates suspicion. If you are a role model for young people who might aim to be Prime Minister of this country then Ms Gillard you have not fulfilled your promise. Parents are faced with hard choices daily if they are to guide their children on the right path. They know you cannot say one thing and mean another. The old saying ‘give an inch and they’ll take a mile’ is based in fact. Tough love is just that, tough. You must ensure your words deeds and actions are aligned. Deviation can mean disaster. And more than often there is no way back from that. If you say something sincerely you have to mean it.

Next to knowing when to seize an opportunity, the most important thing in life is to know when to forego an advantage
Dear P.M. it’s more than likely you will need to fall on your sword before the next election on behalf of the greater good, the one you keep claiming you represent honestly and fairly. Steely determination is one thing, silly mistakes and disrespect for the people who support you is another. It’s not about shooting the messenger any more. You are the messenger and the buck stops with you. Prime Ministers are supposed to have learned hard lessons on their way to the top job so that they can guide through knowledge and experience wisely and well. If not then they may also have to pay the ultimate price, as history has so often reflected. If the Labor Party must elect a new leader please don’t bring back Kevin Rudd. His day in the sun is over too, despite what polls may seem to say about his popularity. The question that led to a popular result was probably coined, in the Sir Humphrey Appleby tradition, so that you receive the answer you are seeking. 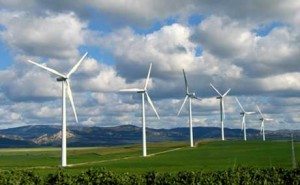 What’s required are good people with new directions who will guide proper community debate with integrity and with the courage of their convictions. We need creative innovative ideas that will assist in surmounting the challenges that natural and societal change will continue to place across our path as we progress. They will only increase too as many people around the world as yet are not on the same page as we are, so its reasonable to assume it will only get harder and take longer to share information through diplomatic means.

Action may not always bring happiness; but there is no happiness without action.

A precedent embalms a principle*

Starting from comparatively humble origins, Benjamin Disraeli, 1st Earl of Beaconsfield, KG, PC, FRS served in government for three decades, twice as Prime Minister of the United Kingdom. Although his father had him baptised to Anglicanism at age 12, he was nonetheless Britain’s first and thus far only Prime Minister who was born into a Jewish family—originally from Italy. He played an instrumental role in the creation of the modern Conservative Party in England. His words of wisdom transcend time and place.

Fashion is imposed on costume, dictating and reflecting the changes and concerns of a society in any one place at any one time. Since economics most often determine the development of the societies in question, its study cannot be neglected in this regard. During the fifteenth and sixteenth centuries in…