It was 1847 when, under the androgynous pseudonym of Currer Bell, the novel “Jane Eyre” exploded on to the world of straight laced Victorian England.

Overnight it catapulted its 31-year-old author Charlotte Brontë (1816-1854) into the upper echelon of its contemporary writers. This, her second work, caused great controversy, especially with its champion declaring herself an ‘independent woman’ in an age ruled by men.

The three Bronte sisters Anne, Emily and Charlotte were born nearly two generations after Jane Austen’s death and today their works are still a fascinating study.

Many people still ask how did three sisters, daughters of a country clergyman, grow up to produce some of the most dramatic and powerful novels in English literature?

They have a passionate cult following in our own time, and have had for a century and more now.

These girls wanted to influence change and to throw out the stifling rules and regulations of a society that was hell bent on keeping everyone in a perceived place. Unknown watercolour thought to be of the three Bronte sisters

Class and gender inequality were condemned by Charlotte Brontë and are central themes in Jane Eyre, which is one terrific tale.

I’m just going to write because I cannot help it*

Charlotte wrote about the terrible ordeal that the orphaned Jane Eyre suffers abuse at the hands of her relatives, worst of all her aunt. When she stands up to her cousin’s bullying, she is shipped out to grow up in institutions where poor conditions, inedible meals, and frequent punishments are meted out to students.

The hypocritical so-called ‘Christian’ Headmaster of Lowood institution Mr. Brocklehurst, whose cruelty and evangelical self-righteousness is ever present, takes an intense dislike to his charge.

He makes sure she suffers many deprivations in the austere environment and in order to survive Jane devotes herself to her studies.

Befriending Helen Burns another mistreated student, who is always ‘turning the other cheek’ as the early Christians were taught to do, Jane learns how having patience and inner calmness can help her to eventually prevail. Sadly Helen dies of consumption in Jane’s arms during an outbreak of disease finally alerting the benefactors of the school to the terrible conditions for its pupils.

An enquiry reveals Mr. Brocklehurst has been embezzling school funds for years to provide for a luxurious lifestyle. He is at once removed and the remainder of Jane’s time in the school is spent happily.

She excels as a student for six years and, as a teacher for two…

I don’t call you handsome, sir, though I love you most dearly: far too dearly to flatter you. Don’t flatter me*

Rochester was first played hypnotically by the late, great Orson Welles on screen in 1943 with the enigmatic Joan Fontaine as Jane.

This mighty black and white version still packs a punch with is haunting beauty and outstanding performances. They are big shoes to tread in and many have tried.

As a follow on from the popular series of TV shows and movies made from Jane Austen’s novels, an all new version of Jane Eyre in 2011 was very timely.

It is vain to say human beings ought to be satisfied with tranquility; they must have action; and they will make it if they cannot find it…* 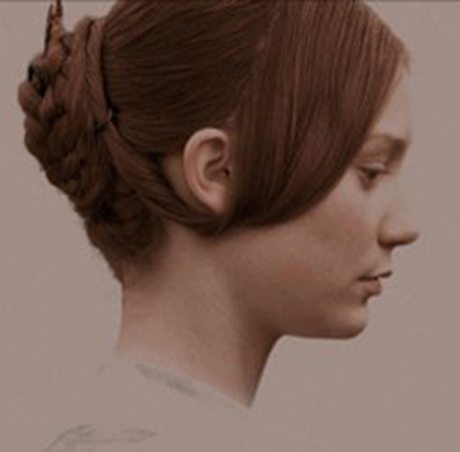 Mia has been taking the movie world quietly by storm since appearing in the brilliant Canadian production ‘In Treatment’ starring Gabriel Byrne.

She seems to have an assured pathway to tread, and is definitely following in the footsteps as such great actors as Cate Blanchett, Glenn Close and Meryl Streep.

Fassbender is a German born Irish actor who caught attention years ago in HBO’s Band of Brothers and has since gone from strength to strenth.

His rugged looks and brooding intensity make him a really good choice for a new age Rochester.

I watched the movie again on a rainy Sunday recently, and enjoyed it much more the second time around.

I am no bird; and no net ensnares me; I am a free human being with an independent will* 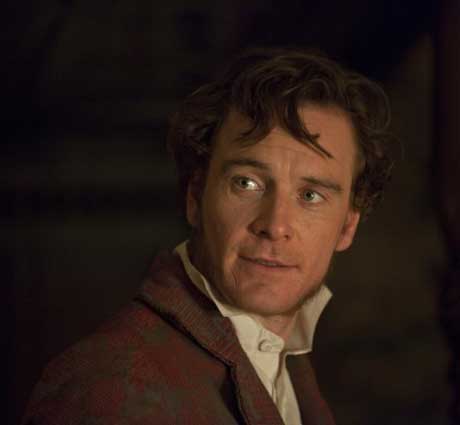 The story takes off when Jane, as a young tutor is seconded into the household of the dark, detached but extremely charismatic ‘Mr Rochester’ who needs a governess for his daughter.

This brings Jane into service in a gloomy pile called Thornfield, where everyone seems as haunted as the house, especially the secretive seamstress that has a propensity for gin.

Screams, demonic laughter and mad mutterings often fill the cool night air, more than ever when Mr Rochester is away from home on business.

Jane becomes more and more determined to risk all to find out about the mysterious happenings, especially after an attempt on his life by setting fire to his bed while he sleeps.

It is Jane who saves him.

Life is so constructed, that the event does not, cannot, will not, match the expectation* 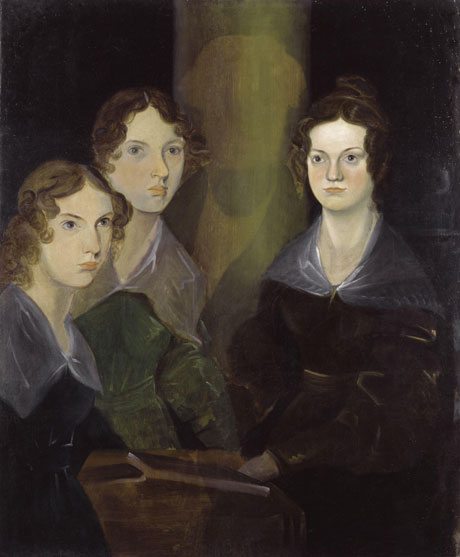 Damaged painting by Branwell Bronte of his sisters. He was part of the picture and has been removed.

Charlotte Brontë was the third of six children of clergyman Patrick Brontë and his wife Maria Branwell Brontë.

She and her family had a life filled with tragedy, which informed Jane Eyre the most famous of her works.

She wrote epic tales of derring do to amuse her remaining siblings two sisters and her brother.

As young adults she and her sisters spent much of their time writing.

The famous Brontë sisters, as they are now known, earned their place in literary circles and in history.

Emily (1818–1848) wrote the compelling novel Wuthering Heights in 1847 under the pseudonym Ellis Bell while a posthumous second edition was edited by Charlotte.

Anne was Acton Bell, considered the least talented of this extremely much lauded and famous trio. Her first novel was overshadowed by those of sisters Charlotte and Emily. It seems to have been sprinkled with Anne’s own experiences that form the basis of Agnes Grey, which may be a semi-autobiographical novel. 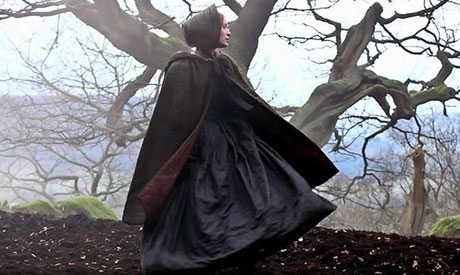 Within a few years in their late twenties Charlotte lost her beloved brother Branwell, who also tried his hand at writing, and both her darling sisters from illness. From then on she and her father had only each other to look to for support.

His objection to her accepting a proposal of marriage by his curate, was like waving a red flag at a bull for Charlotte. Marry him she did so in 1854. However any thought of her finding any happiness at all was short lived when she died herself on 31st March, 1855 of what was listed on the death certificate as ‘exhaustion’.

If we would build on a sure foundation in friendship, we must love friends for their sake rather than for our own* Living at Thornfield, a strange and compelling household, Jane Eyre finds herself drawn more and more to Rochester through their shared intellect and wit. He wants to marry her but their nuptials are abandoned when the true story of his insane wife locked in a tower at the other end of the house is revealed.

Realizing she is hopelessly in love with him, and not accepting a role as his mistress, she flees the house so that he can find peace and happiness. Befriended by people who turn out to be her cousins, upon inheriting a sum of money from a distant relative, she returns to Thornfield drawn back by some imagined tragedy.

There she finds Rochester, half blind, his body burned and his wife dead. 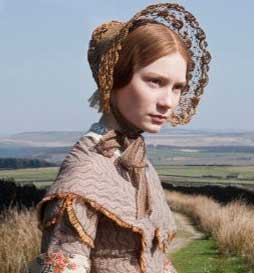 This brilliant novel by Charlotte Brontë influenced many women of my generation as it was required reading at High School.

With its inspiring attitudes, fashions,  passions and shining example of unconditional love. Jayne Eyre’s inner beauty is what is so illuminating and inspiring.

It is also the most appealing quality of the creative and constructive thinking man of her imagining. She is a great role model for a whole new generation being exposed to her writing through a medium they know well, film.

This beautifully directed version of Jane Eyre by Japanese-American Cary Joji Fukunaga, is suitably bleak in its aesthetic, which is entirely in keeping with what is a terrible and torrid tale.

Condensing the original novel into two hours would be very hard. However here for the first time is a production that felt like a worthy adaption of an extraordinary novel. 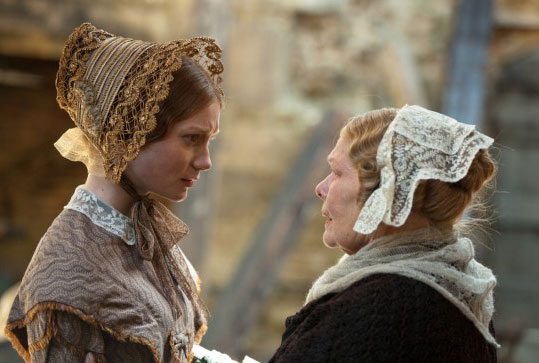 The passion, at least on Jane’s part is always simmering under a surface many may not understand; it is integral to Jane’s character that she control it, informed by her true life experiences and a truly dreadful institutional life.

If there was any criticism to level at this production it would only be that the scenes at Lowood were not as harsh as her treatment there would have been in those times. The time she spent alone honing her patience, her understanding, her deep knowledge of self and compassion are helped by her lovely sweet friend Helen who dies leaving her alone.

It is wonderful too that we get to meet the young minister (Jamie Bell) and his sisters who befriend Jane when she flees Thornfield in deep distress on what was to be her wedding day. 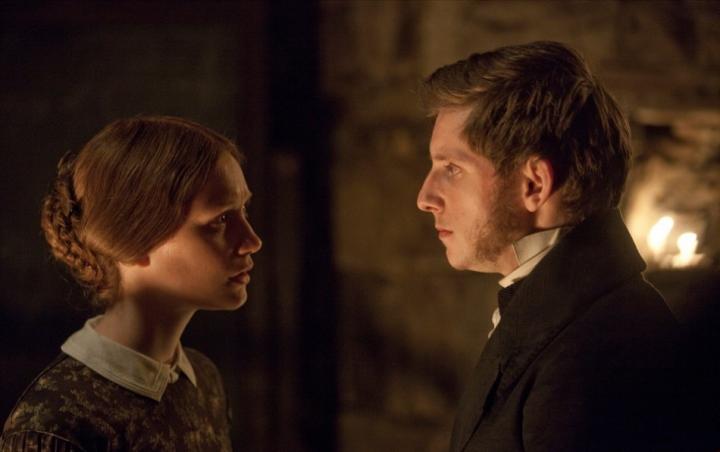 Her desperate journey across the wilderness brings home how desolate the moors of England really are.

Even the visit of Rochester’s friends is restrained, or perhaps a strained style of happiness adding to the enveloping atmosphere of gloom that climaxes in Jane’s return to a now burnt out fire damaged Thornfield Hall.

After all this death it is good the story ends with new life; sadly this is not included. It would be good for the contemporary audience to know that following the birth of his son by the love of his life Jane Eyre, Mr Rochester regains some of his sight and is able to see them both.

Exquistely directed by Cary Fukunaga, when you watch Jane Eyre remember that love really is all about eternal hope. Watch the Trailer of the Movie

Works by the Brontë Family

The three sisters compiled a collection of poetry called Poems by Currer, Ellis, and Acton Bell.

Meldi Arkinstall reviewed The Australian Haydn Ensemble, as it stunningly cemented its place on the national music scene at City Recital Hall, Sydney on July 16