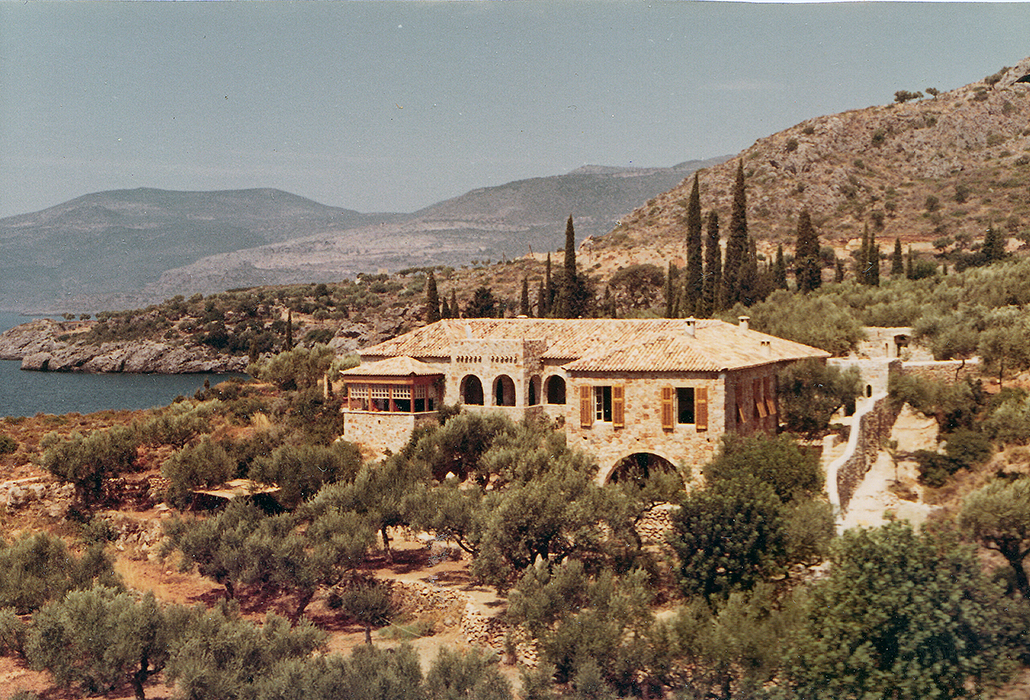 It will shine a spotlight on the life and work of Greek painter Niko Ghika (Nikos Hadjikyriakos-Ghika), British painter John Craxton, and the British writer Sir Patrick Leigh Fermor, who all made homes in Greece. It will showcase their artworks, photographs, letters and personal possessions for the very first time.

Ghika, Craxton and Leigh Fermor, inspired by the landscapes and local people they encountered in their day-to-day lives, and the conversations they enjoyed together that inspired their careers, have left a valuable image and resource of 20th century Greece for us to admire as part of their legacy. 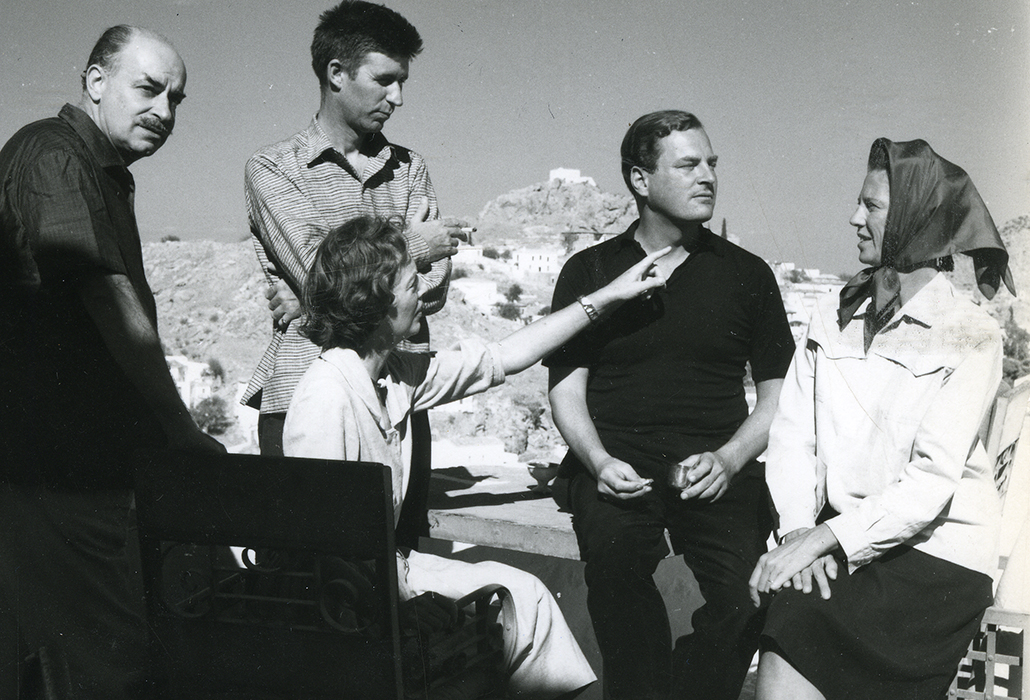 Meeting at the end of World War II, the three men formed a friendship that would endure to the end of their lives. They shared an interest and passion for Hellenistic culture and contributed to what is now understood to be ‘a golden age of Anglo-Greek artistic and literary collaboration’.

They settled in four different locations, whose individual history, arts and environment had a significant impact on their work. They proved Greece’s continued impact on the work of artists down the centuries when they have been able to travel there. 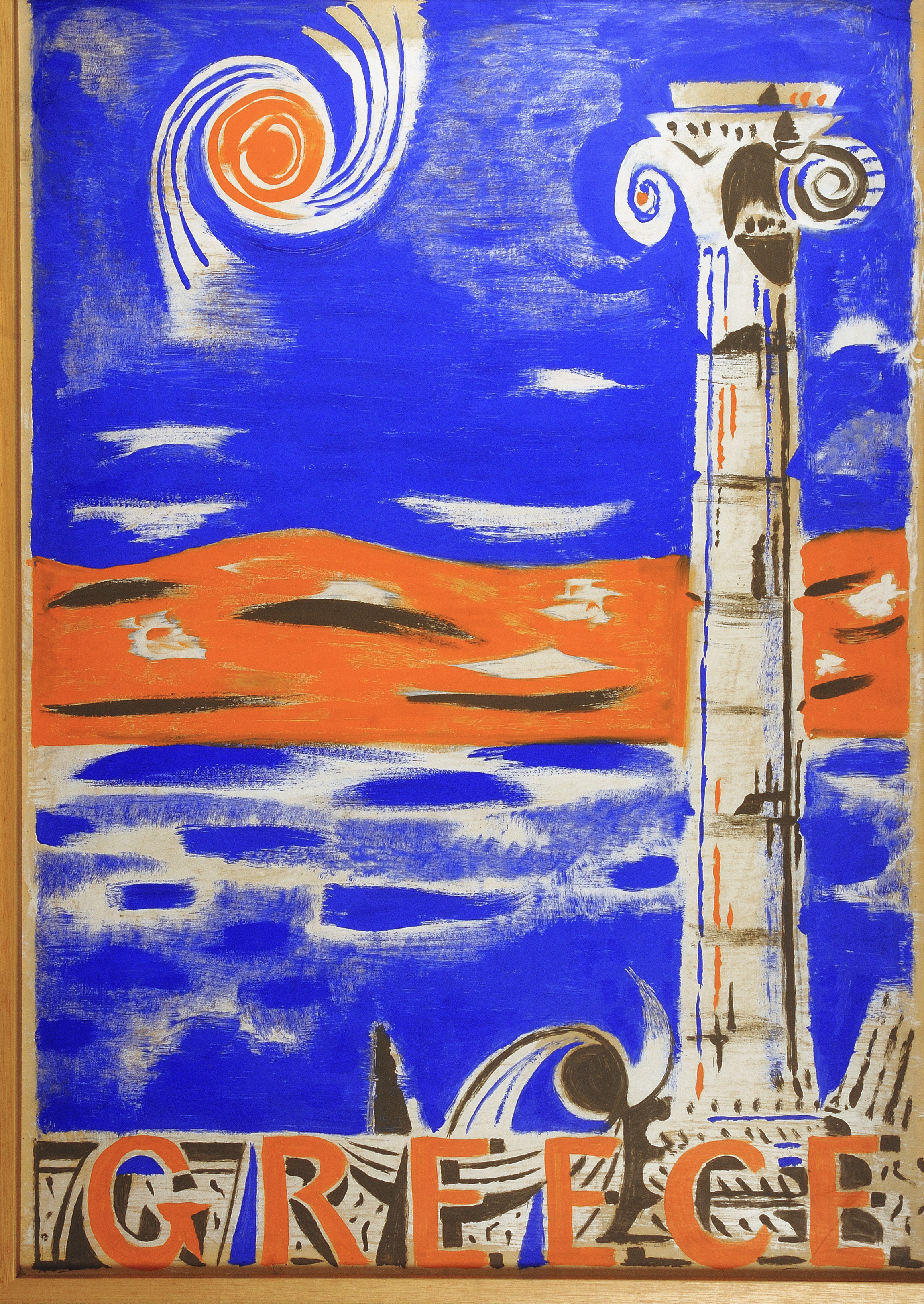 We all know how alluring the many stories attached to the Ancient history of Greece are; they form the core foundation on which western society built the modern world we know today.

How many of us know however, how that influence has continued in our own more recent history. Nico Ghika (1906-1994) was a catalyst for the two British men, living at first in his ancestral home on the island of Hydra, located in the Agean Sea, and separated from the Peloponnese by a narrow strip of water. It is renowned for its ‘Mediterranean Light’.

In ancient times, it was known as Hydrea which means water, and it has had a fascinating evolution existing on the margins of history. While Ghika was there it became the main meeting place for the friends to get together at first, until a fire ended that particular place to be.

Relocating to Corfu, an island in the Ionian Sea, which is indeed bound up not only in the history of ancient Greece, but its beginnings in Greek mythology, for them all it became as Leigh Fermor described, a ‘refuge of unique atmosphere and charm. 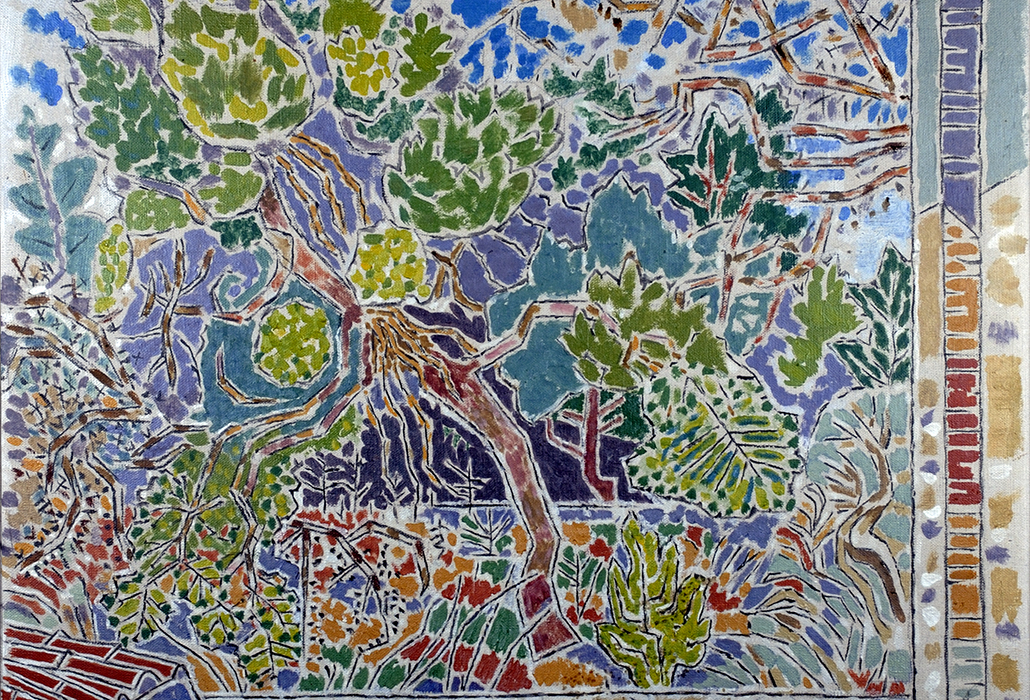 The man regarded as Greece’s greatest modern painter, Niko Ghika had a very different career from the Greek artists before him. His works are featured today in the National Gallery (Athens), the Musee d’ Art Moderne in Paris, the Tate Gallery in London, the Metropolitan Museum of New York and in private collections worldwide.

Known to be intelligent and very knowledgable, he was also known to be curious, witty and daring, willing to take risks. He designed for theatre and ballet, illustrated books and created some wonderful sculpture. 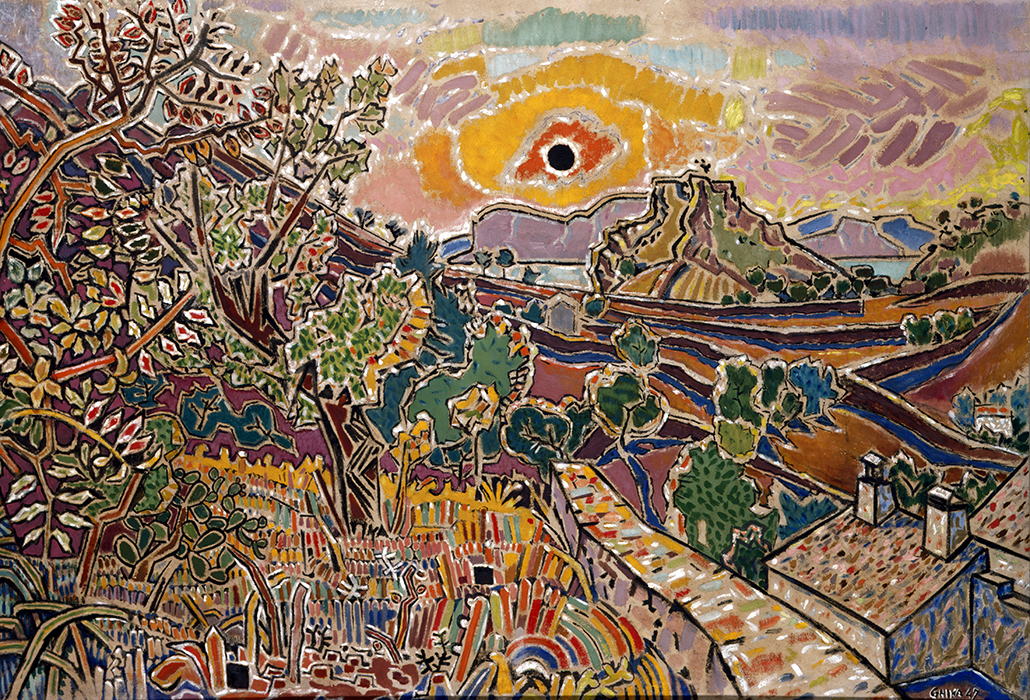 Highlights of the exhibition include Niko Ghika’s atmospheric Black Sun. He studied art at Paris, where he met renown cubist artist Pablo Picasso and was inspired from then on, to take geometrical shapes and interlocking planes of cubism and apply them to the mythical landscape and intense light of Greece. 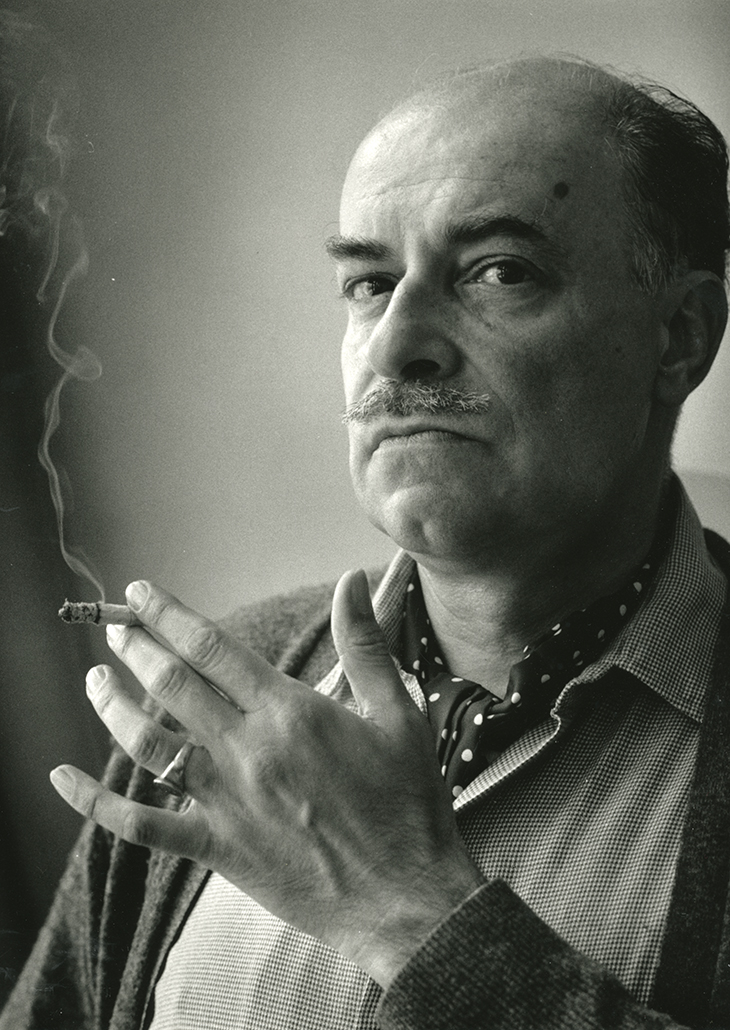 He was also interested in animation, always respecting his history while embracing the modern age. He drew endlessly and painted passionately. An individual voice, he was also integral to the so-called Generation of the Thirties, a group of Greek writers and painters committed to enriching the present by modernizing Greece’s ancient glories. Today his house on Corfu is a museum and many artworks and objects on display at the British Museum are on loan from the Benaki Museum in Greece, to which Ghika bequeathed his house and works upon his death. The lower storeys are adorned with his friends works and six decades of Ghika’s own work is crammed into the upper levels.

They consist of oil paintings and drawings, books and manuscripts, models for theatrical sets and sketches for costumes, and sculptures inspired by ancient miniatures. His studio on the top floor overlooks the tangled rooftops of modern Athens. 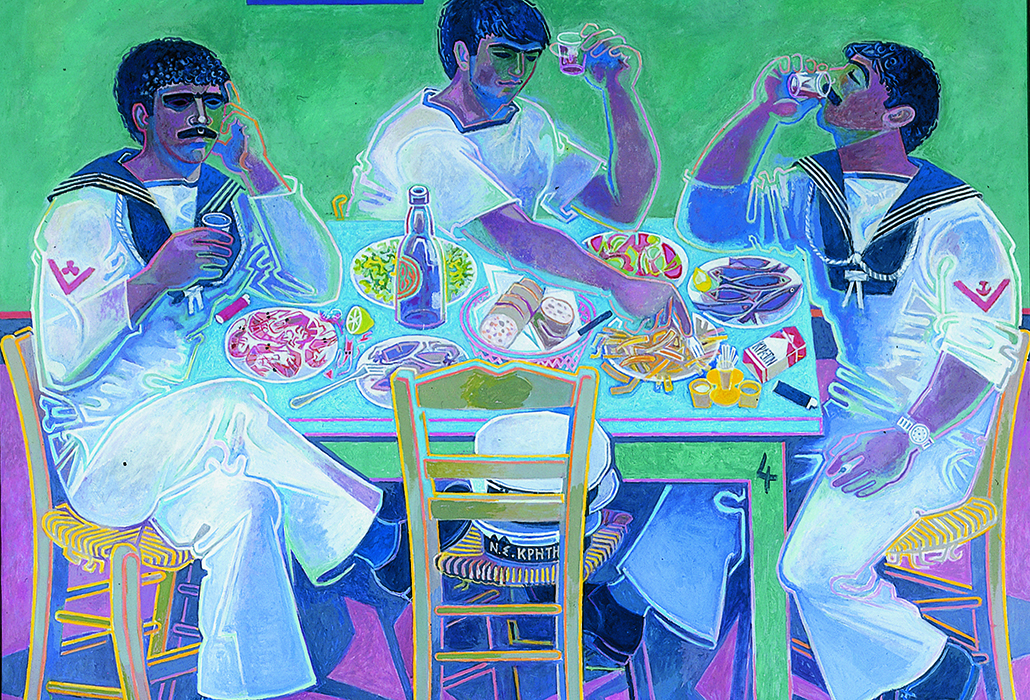 John Craxton (1922-2009) is often described as a neo-romantic. He was interested in the whole ‘Arcadian idyll’, a potent tradition from ancient Greece. Arcadia was a beautiful, but remote pastoral area of Greece sited in highlands at the centre of the Peloponnese mountain range. 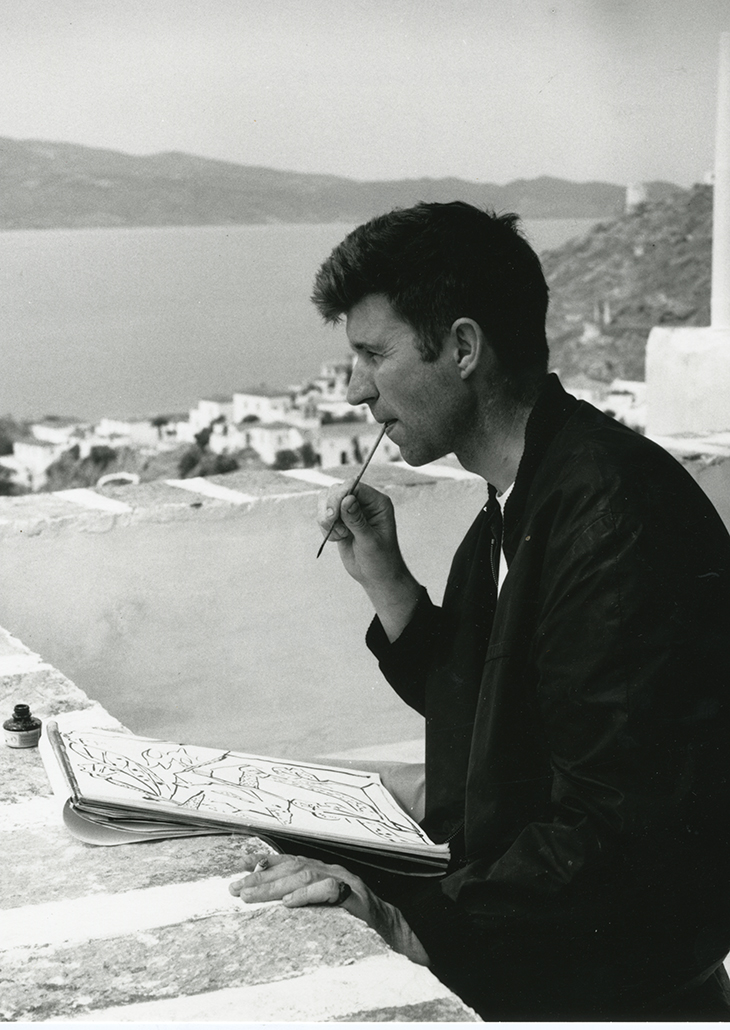 Arcadia, or Arkady as the 18th century English grand tourist liked to call it, over time came to represent a pastoral idyll, that place in the world where everyone wants to retreat and live a peaceful, purpose filled life in a place of great natural beauty, no doubt why Craxton wanted to live part of his life there.

Quotes from his books and letters are included the exhibition. A designer for the Sadler’s Wells Ballet (now Royal Ballet) he also produced costumes, sets and scenery his romantic style, well suited to the work. 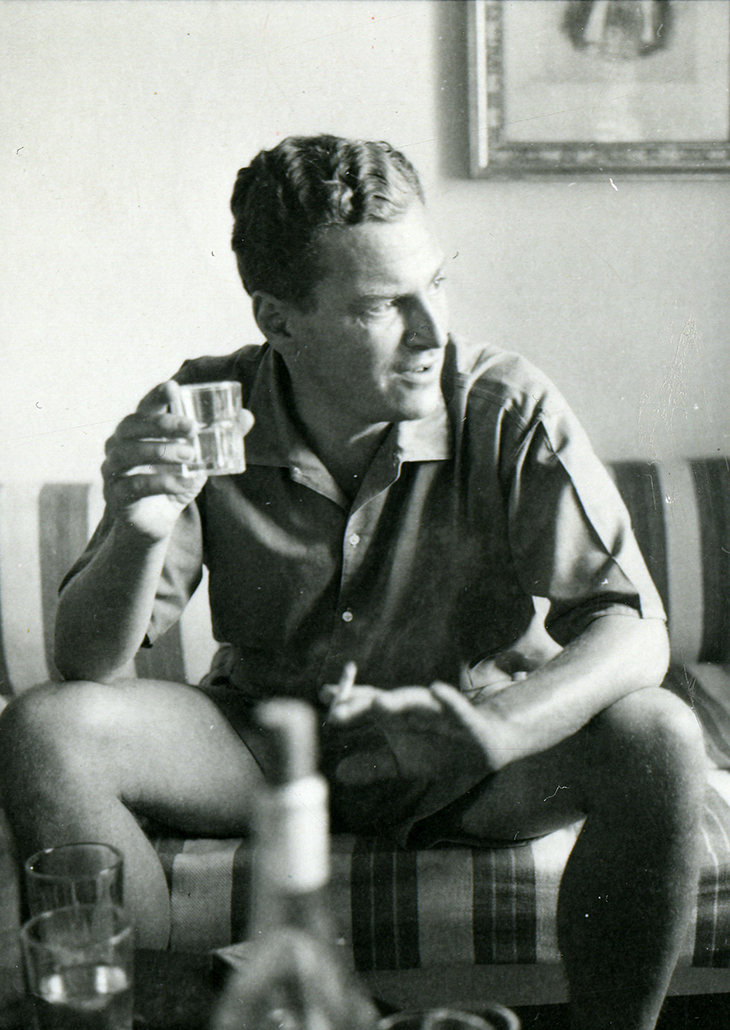 Sir Patrick Michael Leigh Fermor (1915 – 2011) was a scholar, soldier and polyglot, a war hero and member of the Cretan resistance during WW II, he is said to have been ‘entirely content dancing with Greek peasants as he was sleeping under the stars’.

His wondrous travel books inspired many a happy journey written on first hand knowledge, as he had so many adventures of his own; an intrepid traveller. 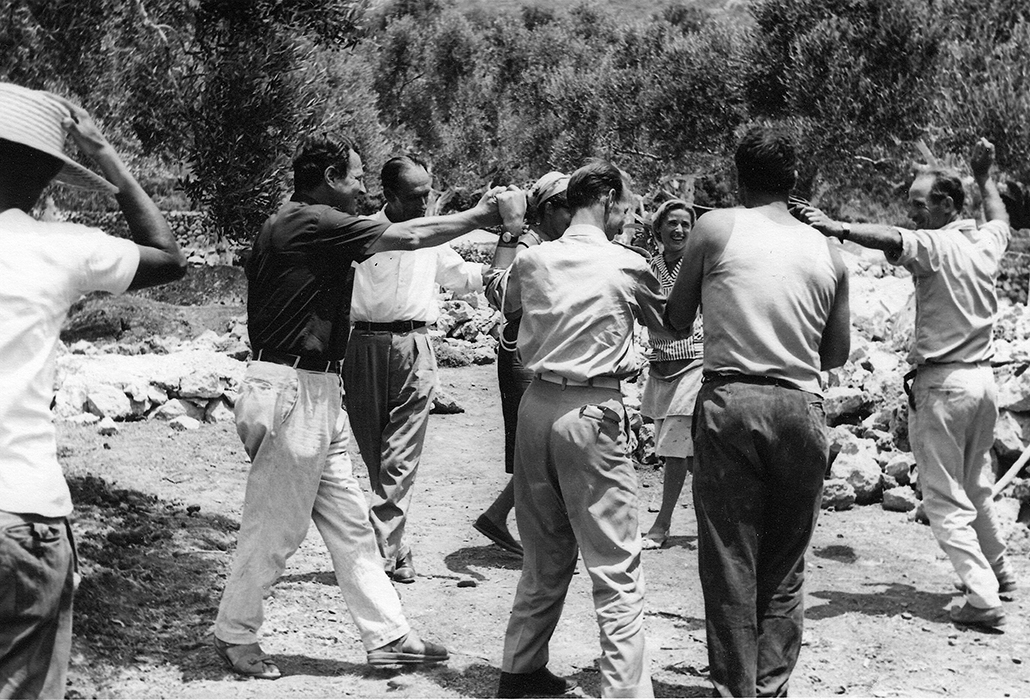 Lodging at a Benedictine monastery in Normandy during the mid-50s to concentrate on the first of his two books about Greece, Fermor inspired by the atmosphere, ended up writing about the monastery instead; A Time to Keep Silence (1957) is very accessible.

He also walked from the ‘Hook of Holland to Constantinople (Istanbul)’ when he was but 18, although it would take 40 years for him to write about it at all and “A Time of Gifts (1977) is considered a wonder of modern literature and a great travel book. 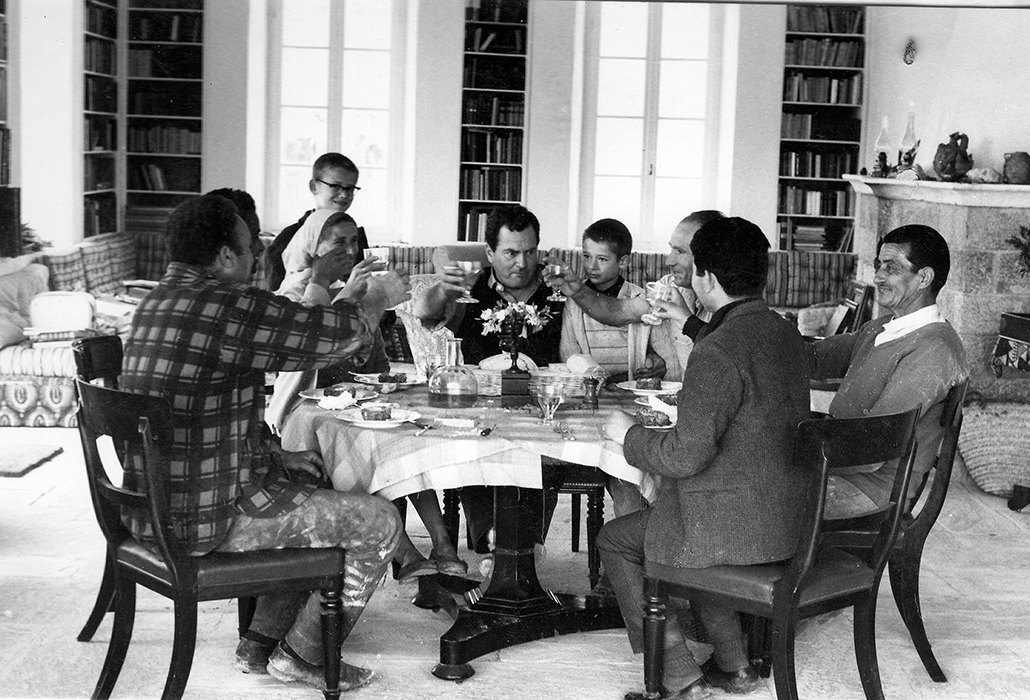 Hartwig Fischer, Director of the British Museum says: “We’re thrilled to be able to bring this fascinating story of Ghika, Craxton and Leigh Fermor and their love of Greece to the UK.

The British Museum has always had strong bonds with ancient Hellenic culture, so it is wonderful to have an opportunity to celebrate the rich culture of a more recent chapter in Greece’s history, through the eyes of three leading lights of art and literature.” 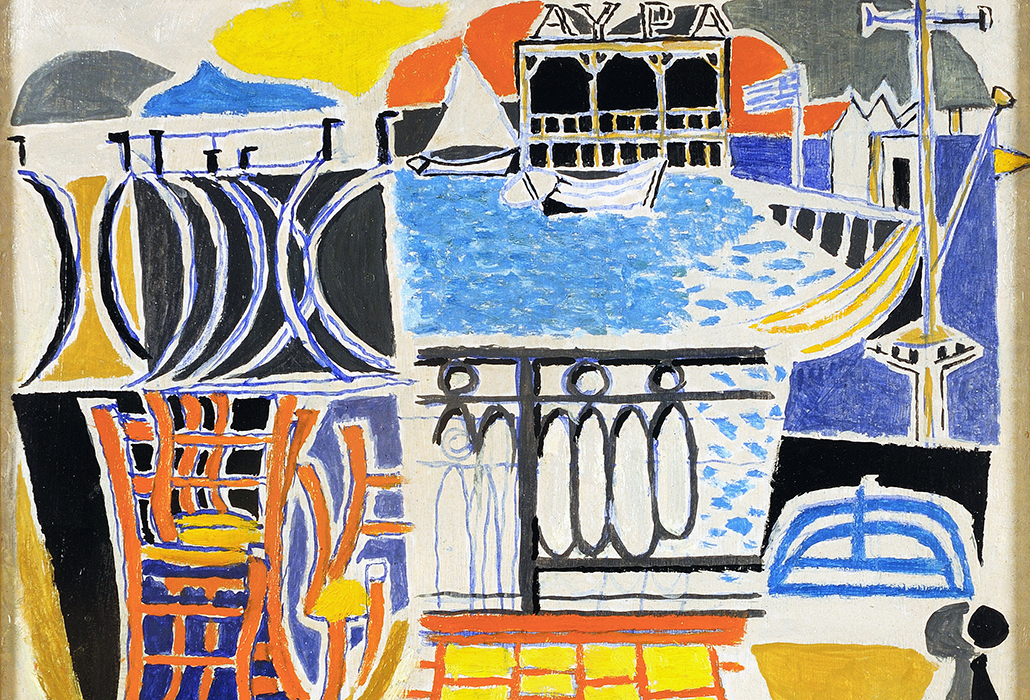