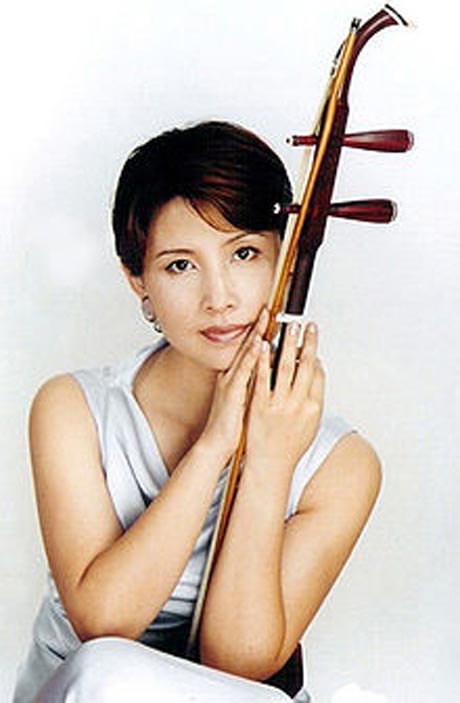 The Director, Mr Francis Chen of The Australian Centre of Chinese Culture and Arts (ACCCA) has let us know that Erhu master soloist Ma Xiaohui is coming from China to perform beautiful and elegant Erhu music at the Asian Pacific Screen Awards Ceremony at the Gold Coast Convention & Exhibition Centre on Thursday 2nd December 2010.

This is good news indeed, because this lovely instrument is rarely heard in Australia. What a coup for the Gold Coast.

The Erhu is a very stylish, traditional Chinese string instrument that can trace its origins back more than a thousand years. It is known in the west as a Chinese violin but although it has two strings it has no frets.

Playing the Erhu is accomplished usually by sitting with the box on one knee and the Erhu held virtually vertical. The bow is strung between the two strings (which are very close) and bowing causes both the strings to vibrate. The left hand alters the tone of the strings by pressing on the string at the normal harmonic points.

It is an extremely beautiful, unforgettable and touching music that is so popular throughout the world.

For many years she has traveled to many countries around the world to introduce and promote the Erhu on the international stage.

In addition to cooperating with some international top level symphony orchestras, Xiaohui has also successfully worked with many ethnic music bands in Africa, Asian, Latin America and Europe.

She can combine her lovely Erhu melodies with those unique music styles and she has earned the respect and appreciation of her peers from different nations around the world.

In 2009 Ma Xiaohui performed with the New York Symphony Orchestra at the Lincoln Center for the Performing Arts to great acclamation.

Ma Xiaohui  has redefined the Erhu, elevating it to a fine classical standing, she has extended her ancient versatile instrument’s boundaries with her own new tone colors and fully developed technique.

When Ma Xiaohui plays testimonials come in thick and thin from the media. The German Saale newspaper has reported: “Miss Ma is a brilliant interpreter, mastering virtuously all possibilities of her tender instrument and playing her truly personal interpretation with enormous humor and refinement . . . in which she could show, once again, her breathtaking virtuosity.” The Shanghai Grand Theatre Magazine has noted she “demonstrates her continuous creativity and truthfulness to her own personality, touching, through her music, the entire audience.” The South Bend Tribune added: “Ma Xiaohui‘s Erhu is able to evoke not just traditional Chinese musical themes—the twitter of bird song or the distinct cadence and intonation of Chinese speech—but the emotional variety of Western music as well. She strives to span cultural divides and emphasizes the universality of music.”

Diverse Europeans critics particularly praise this lady who has been described as a rare flower in the garden of classical Chinese music.

Nuremberg Daily said the “Erhu, an ordinary instrument in appearance, gains an incredible strength through the interpretation of Ma Xiaohui.” The Munich Times said “with nimble virtuosity… that we fully believed again in music as a universal language.”

The Oxford Times agreed “she drew a kind of alto human voice bereft of words,” and her playing “sounds so culture-free and universal, that Ma Xiaohui’s gift, and vibrant musicality, shone out on us like light.”

High praise indeed. At the coming APSA Award Ceremony on 2nd of December at the Gold Coast, Ma Xiao Hui will perform the “Crouching Tiger & Hidden Dragon” theme music as well as other classic pieces. In addition, she will perform with the well known Australian chamber ensemble Southern Cross Soloists a piece especially written for her by Australian composer Mr Paul Dean.

There will be no doubt Ma Xiaohui will overwhelm the guests and stars with her lovely music on the evening at Asian Pacific Screen Award Ceremony. What a coup for the Coast.

Come on Brisbane, Sydney and Melbourne, here’s a lady who deserves to be heard playing with our great Symphony and Chamber orchestras too.

Televised live the 91st Academy of Motion Picture Arts and Sciences (AMPAS) Awards for the film industry has arrived and the Oscars awarded, voted on by members