Treasures of the Nation will be a one night only special event in Sydney at the City Recital Hall; on Saturday February 20, 2016. It will be hosted by the China Cultural Centre Sydney and presented by Ausfeng, featuring the award-winning Chinese Music Orchestra (China National Opera & Dance Theatre Orchestra).

We have five double passes to give away, so if you would like one contact Carolyn at The Culture Concept Circle now – Email [email protected] Traditional music, popular instrumental work and wonderful melodies will help to ring in the Chinese New Year, the year of the Monkey, which is a festive occasion, with a wonderful range of arts and cultural festivals held all around Australia. The Monkey is ninth of the 12 animals in the recurring 12-year Chinese zodiac cycle. Every 12 years there is a Monkey year. 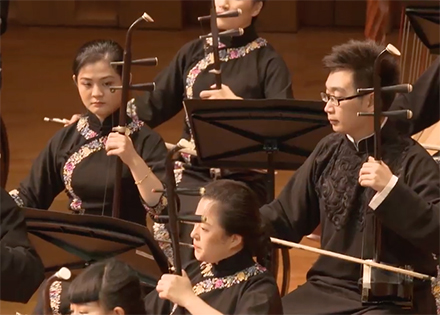 This year you can enjoy beautiful music, Chinese traditional puppetry shows, martial arts, Chinese folk music and Chinese Ethnic dances, a feast of fun for Australia audiences. The concert Chinese Music Orchestra – Treasures of the Nation merges old with new and will showcase China’s diverse musical heritage. It will also introduce audiences to a new world of music, stunning visuals and virtuosity. With a history of over 50 years the Chinese Music Orchestra is led by renowned conductor Hong Xia. Players use a combination of western and eastern instruments, including the sheng, an ancient flute, the liuqin mandolin, and the gaohu and the erhu, sometimes referred to as “the Chinese fiddle.” In 2014 soprano Jessica Pratt will be Lucia di Lammermoor at La Scala, Milan and Amsterdam and come home to feature as Violetta in La Traviata, promise rewarded