During the seventh century Isidore of Seville, a notable musical theorist and scholar remarked about how hard it was to notate music. However as the recognition that the various sounds the human voice was able to make could be recorded so did the idea of arranging those notes to make different tunes evolve.

In England King Ethelbert embraced the Christian faith in 598 and at Canterbury a centre for faith, worship and music grew up and flourished, so much so the English church was described as ‘a jewel in the crown’ of the Christian church.

Plain or simple at first by the ninth century a form of simple notation recorded plainchant as performed by monks in both England and Europe and as the study of sound and musicality advanced over the centuries so would compositions become more complex.

Voices united together in chant produce a wonderful sense of community. In Rome Pope Gregory 1 (540 – 604) had a distinct appreciation of fine singing and a genuine regard for the beautiful voice.

It was he who re-organized the church liturgy and its music, influencing the establishment of an schola cantorum, a choir that executed psalmody, the singing of psalms as an aspect of divine worship, ‘as if it were one voice’.

When Pope Gregory reorganized the ‘Schola Cantorum’ he changed the character of the Christian service from that of ‘ecstasy to reverence’.

Gregorian chant is still today a major source of Western music, its origins going back at least 1,500 years. The healing (spiritual and physical) and relaxation qualities of Chant are also now recognized worldwide.

By the sixth century Rome had become an indisputable centre for the development of church music.

Orphanages supplied children as singers in the papal choir, being warned that ‘none of the singers should sing faster or louder than the others’.

In England a full developed choral style had gradually emerged and survived until it was momentarily crushed in the havoc wrought on liturgical works at the Dissolution of the Monasteries by Henry VIII”s henchmen.

During the reign of his daughter Elizabeth 1 (1533 – 1603) with the appearance of the 1549, 1552 and 1559 Book of Common Prayer, English composers devoted themselves to creating musical settings for services, resurrected on demand by an ever-expanding middle class.

Composers such as the versatile William Byrd (1543 – 1623), a staunch Roman Catholic was recognized as the leading English composer of his generation. He was imbued with the grandeur of polyphonic church music.

He reshaped the amazingly rich musical life of the Christian church in England and it dominated the music of the continent in depth and variety, in a way that was not seen before or since.

His pre-eminent position when musical publication in England was in its infancy, allowed him to leave a substantial printed legacy formatted at the inception of many important musical forms.

We should never under estimate his extraordinary influence on the music of England, the Low Countries (The Netherlands, Belgium & Luxembourg) and Germany.

His outstanding legacy in sacred choral composition consists of two huge volumes entitled “Gradualia” (published 1605 & 1607) made up of short pieces of great clarity making them one of the supreme testaments in Western music. Queen Elizabeth 1 (1533-1603) was a forward thinking monarch who encouraged new forms and means of musical expression as an inalienable aspect of all the Reformed faiths, especially in the doctrines and aspirations of English Protestantism.

She delighted in all things musical at court, where nightly singing and dancing was an aspect of its society. 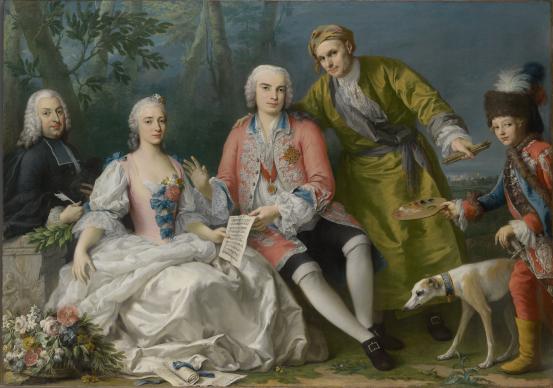 It was during the sixteenth century that mature males arriving from Spain in Italy were able to sing in falsetto because they had been surgically castrated before puberty. Castration as a practice dates from the ancient civilisation that developed in Sumer, Mesopotamia.

It resulted in the development of an unusually large rib cage and retention of an infantile larynx and men being able to sing high notes of great purity were the result.

As much of Spain was under the domination of the Moors during the Middle Ages castration served two purposes, for purity of voice and to provide eunuchs to guard the Harem.

At Byzantium eunuch singers are known to have performed in the choir of the Haghia Sophia. Choristers of the Chapel Royal

You cannot give birth to beauty however, without pain, a maxim that it seems for many was hard in learning.

By this stage in Europe and England Church and state were now irrevocably linked.

Church music now had its biggest test, it had to survive the removal of Charles 1’s head and the suppression of the Puritans under the rule of Oliver Cromwell and the Commonwealth in the seventeenth century in England, who was ironically the son of a professional musician.

Charles II’s restoration to the throne of England in 1660 brought Italian and French theatre and opera to London and the musical bodies of the churches were also energetically and enthusiastically re-organized.

He sent one of the talented boys of the Chapel Royal to study with his favourite French composer Jean-Baptiste Lully (1632 – 1687) in Paris and that child, Pelham Humfrey (1647 – 1674) eventually influenced greatly the direction English church music was to take.

A German composer in the Italian style, Georg Friederich Handel (1685 – 1759) went to London and helped fill the void brought about by Purcell’s early tragic demise His creative imagination infused his music with a sense of heroism and great energy. He praised his ‘mighty God’ with both a victorious attitude and commanding power, securing the confidence of all the faithful.

They adored his massive choirs, majestic motets and the incredible richness of a sound that reached a pinnacle of modern oratorio.

Contemporary composers of the second half of the seventeenth and eighteenth centuries in Europe were able to convert drama and religion into sounds of unparalleled intensity.

A young Mozart was enthralled as a child when invited to the Sistine Chapel with his father to hear the glorious sound of the choir.

He encountered it singing Gregorio Allegri’s (1580 – 1652) Miserere, a piece of music considered by the church to be dangerous to ordinary ears.

Clever Mozart, he was able to commit it to memory and then later write it out for posterity. Without his diligence in this regard this amazing piece of music would have been lost for all time. The artistic tradition in music at this time was born of an exciting free imagination. As such, it managed to achieve a complete medium of expression as well as the highest pinnacle in a climate that has seldom been granted to any other generation.

The very earnestness of the movement and preference toward ‘classicism’ brought about a ‘moral uplift’.

The population at large consumed this new musical life passionately, elevating its artists so they achieved unity of both form and material.

However all attempts to keep to ‘rules’ inexorably failed, leading to a romantic overflow that, in its intensity, brought about another complete re-assessment of early church Music.

Hungarian Composer Franz Liszt (1811 – 1886) pleaded in his essay “On the Church Music of the Future” (1834) for Church Music to become the Fiat lux or bringer of light to what was by now an extraordinary art form, and for it to return to being ‘dramatic, holy, majestic, strong and calm’, while recognizing as its supreme source for inspiration, God.

Rose Niland reviews Danica Firulovic’s exhibition of visual power White on White, a creative interpretation of the minimalist movement within a pictorial space