The Xmas tree and message about ‘peace on earth and goodwill to all‘ became an important aspect of what we know now as a traditional Christmas, the celebration of the birth of Jesus the Christ.

In the west the feast of Christmas has been a celebrated occasion and the Christmas tree part of an ongoing tradition since Roman times.

“Generosity is giving more than you can, and pride is taking less than you need” said poet and author Kahlil Gibran (1883-1931) who blended two artistic sensibilities –  art and writing.

His strength lay always in the simplicity of his very wise words, which continue to inspire those who search for peace, love and justice in the world. He believed, as Jesus the Christ did; love and forgiveness were at the essence of life.

In his renowned work The Prophet Gibran said ‘And there are those who have little and give it all… ‘These are the believers in life and the bounty of life, and their coffer is never empty’.

The story of Adam and Eve and the tree of life represents our human capacity for rational, ethical and moral judgment. 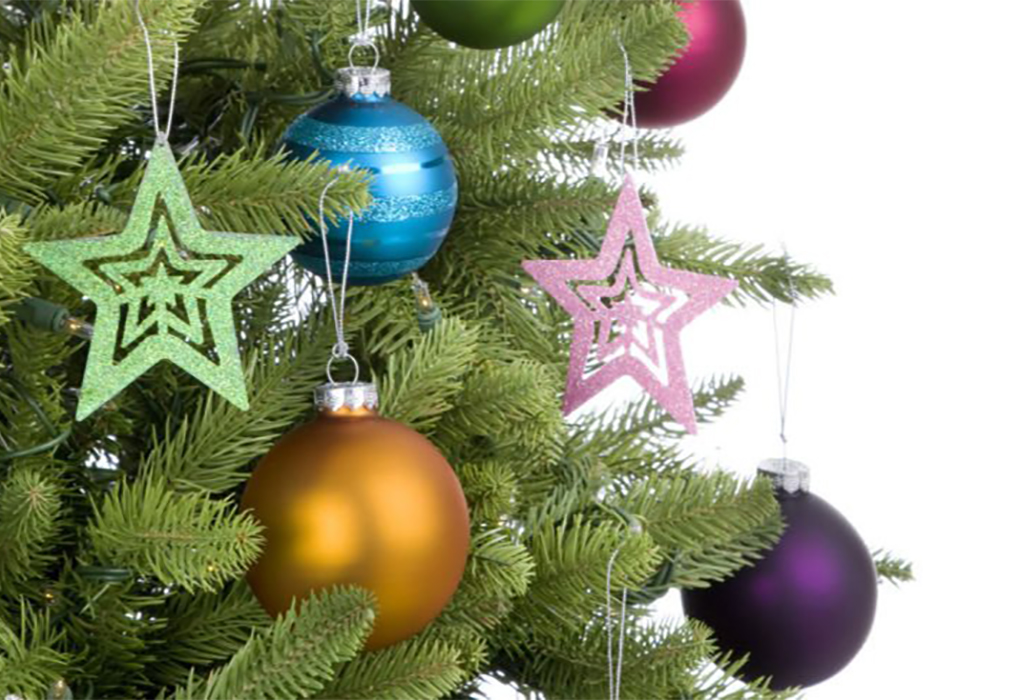 Historians observe, it was around 390 Roman Emperor Constantine combined the actual celebration for Jesus’ birth with the pagan festivals of Saturn and Mithras and with the cult of Sol Invictus, a form of Sunday worship, which had come to Rome from Syria a century before. This changed the celebration date to December 25, although it is not the date Jesus was really born.

Most historians place the actual day of the birth of the historical man known as Jesus as during spring or summer in the northern hemisphere, because shepherds don’t watch over their flocks in fields during the dead of winter.

Jesus was directly connected in mind, body and will to the ideas and promises made to the Jewish people since the dawn of time.

The cross he was eventually crucified on was made from a tree that had once stood tall and strong in a forest and so it has since become symbolic of his birth, death and resurrection.

During the period known as the Middle Ages in Europe an evergreen tree was decorated with apples and called the paradise tree.

It was a symbol of the feast of Adam and Eve, held annually on December 24th.

The Christmas tree just like Jesus of Nazareth is cut down in its prime, resurrected to stand tall, and then clothed in light.

Traditionally it is up up on Xmas Eve and taken down 12 days later, 6th January or Epiphany. A sacred tree that confers eternal life occurs in many world cultures and religions and their mythologies.

The fabulous “Angel Oak’ tree in Charleston Carolina is one of the oldest still standing in America.

It was already an old tree at that time and has since defied all odds to survive against encroaching destructive development by humans, the vagaries of nature and its terrible forces.

Despite its limbs being weighed down by age, many of which now rest peacefully on the ground, it still stands defiantly, heroically and strong as a witness to history.

The Christian story can be told from beginning to end in the symbolic terms of trees. Other myths explain humanity is mortal because one person failed to eat of the food from the tree of life, that would have made them live forever. In America the first written record of a Christmas tree dates from 1747.

This was when wooden pyramids were covered with evergreen branches and decorated with candles for the children in the German Moravian Church’s settlement, appropriately in a town called Bethlehem at Pennsylvania.

During the War of Independence in 1804 American soldiers at Fort Dearborn, Illinois, the site of Chicago also set up a tree.

Surely a symbol of hope that the dreadful civil war, which pitted brother against brother, would soon end. The custom of putting up an evergreen tree at Christmas tree was introduced into England during the latter years of the eighteenth century by George III’s consort Queen Charlotte.

She was a Hanoverian and since the sixteenth century it had been part of the Hanoverian tradition.  (Hanover is part of modern day Germany).

Prince Albert, who would marry England’s Queen Victoria was also a Hanoverian.

As a child Queen Victoria (1819-1901) wrote about the special time the royal family enjoyed together.

‘After dinner we went into the drawing room near the dining room. There were two large round tables on which were placed two trees, hung with lights and sugar ornaments. All the presents were placed round the trees’.

In 1847, Prince Albert wrote: ‘I must now seek in the children an echo of what Ernest [his brother] and I were in the old time, of what we felt and thought; and their delight in the Christmas-trees is not less than ours used to be’. Queen Victoria and Prince Albert at home in England during the nineteenth century practiced their religion and adhered to its traditions.

The Christian ethos is about giving and love. So they gathered their family around the Christmas tree and presented them with gifts and then sent gifts of trees to both military barracks and schools. 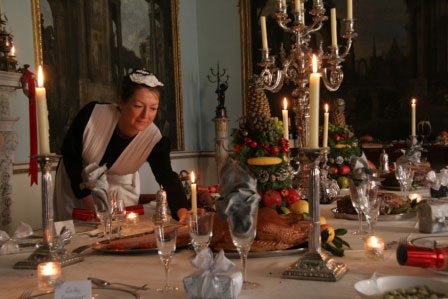 It was during Victoria’s reign that the meal on Christmas day took on significant importance.

This again was part of an ongoing Christian tradition when the rite of the Lord’s Supper was linked with an agape meal, or love feast, which was  interspersed with prayers and songs rendered by a choir.

Everyone used their best and finest linens, china, silver flatware and crystal glasses edged with gold as well as porcelain candelabra. At the centre of the table was placed a great silver épergne filled with candles, fruit and flowers. Greenery festooned the room and balls of flowers like hanging baskets were displayed from the centre of an arch.

Walls were transformed into beds of flowers with wire frames supporting great fields of heliotrope, camellias, roses, tuberoses and carnations, edged with ferns and the scarlet leaves of poinsettia. Staircases were covered with flowering plants such as Begonias, Lilliums, Chrysanthemums or Spireas and Ferns provided useful screens behind which became a popular place of rendezvous. Ivy was a vital ingredient. All this abundance symbolized the fullness of a life that can be lived by acknowledging Jesus the Christ as saviour.

One Christmas a leading London decorator supplied two tons of ivy and 2,000 blooms of roses to drape pictures, mirrors and the walls of Mansion House, the Lord Mayor’s residence. Sounds like he was definitely carried away with the moment. The Christmas tree’s popularity in Victorian England spread down under to its Australian colony, where wattle, gum, lilly pilly, Norfolk Island pine, she-oak and olive stood in for European Fir.

Read the story about Epiphany