Cinderella, running from or to her destiny, Opera Queensland, 2013

There is no doubt that from reading the story to children at home, in a shopping centre, from encountering it in a Disney movie, on ice and now on stage at the opera or at the ballet, Cinderella like all fairytale stories has become a great crowd pleaser.

The good fairy was a delight and as I remember it as a child it was all a lot of fun really. However as explained by my sisters or mother whoever was reading it to me at the time, it was a ‘fairytale’ and really not ever likely to happen to me. After all we were a family not founded on dreams, but reality.

Have to admit that the elements were appealing though; girl meets boy, boy loses girl and finds her again, marries her and they live happily ever after. This was something, at least my mother would then tell me, was the penultimate thing to do. So you can appreciate it was all terribly confusing. 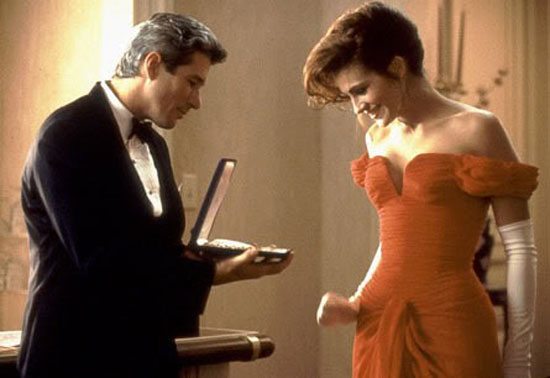 Like all teenagers however the illusion remained – what more could any girl want than to find a handsome fellow standing at her front door with a glass slipper in his hand hoping to slip it on her foot and carry her away from all ‘of this’.

All my friends and I certainly wanted to be a ‘Pretty Woman’. Hence the success of the movie with Richard Gere and Julia Roberts (1991) which made modern girls realize they could have it all.

We could safely say today that Cinderella, if you think about it, has had a memorable history. However now there is a huge difference. Today it also has a basis in reality, very different from my day just after the war. Australian Ballet 2015 Cinderella promtion, having fun in Melbourne Town, Prince Charming is asking – does your foot fit the pointe shoe?

Her tale is reflected in the stories of Australian born Princess Mary of Denmark and recently Princess Sofia of Sweden; girls from different walks of life without royal blood backgrounds, who did marry their own Prince Charming and, from all reports, seem to be living the dream.

Real Princesses who marry ‘princes’ of men it has to be said, don’t usually get quite the same glamorous press as their counterparts – although that could change! After all, ours is a modern, somewhat fickle society.

Cinderella‘s tale is also told today in dance and in ballet companies around the world. Basically they have turned it into a rock star activity, at least within a framework of twentieth first century design and culture.

In Melbourne leading up to the launch of the Australian Ballet’s production of Alexei Ratmansky’s 2013 production of  Cinderella now showing at The Arts Centre, their promotional people had a great time, inspiring many to roam the city on a great quest. They were on the lookout for one of Cinder’s pointe shoes. Their lead ballerina needed it to dance the story about that lovely young girl who had a meteoric rise from working as a char to becoming a princess, beating off the competition in the shape of her ugly step-sisters. Wiil I find her?…

As part of the promotion too they had a handsome dashing blonde Prince Charming dressed in white captured texting on a tram, as well as trying out a variety of slippers on the feet of ladies about the town.

He created quite a stir.

The emergence of the Australian Ballet nationally in 1962 has led to dance becoming a wonderful art form, showcasing the skill and athleticism of its dancers.

Within its fifty years dance studios have sprung up all over the countryside with young hopefuls seeking a career on the stage.

By carefully nurturing the classical tradition in dance throughout the 20th century, the ballet has remained relevant well into the 21st century as it continued its evolutionary path by establishing a dynamic relationship between past and present.

Billed as witty, vibrant, glamorous and romantic, Alexei Ratmansky’s Cinderella after original sell-out seasons in Melbourne, Sydney and Adelaide, has returned to Melbourne again to bewitch yet more people in an exclusive encore season.

The score by Russian composer Serge Prokofiev (1891-1953) is vast in conception, a cinematic masterpiece that heightens the experience of Jerôme Kaplan’s vivid, sophisticated costume designs.

They draw their inspiration from the classic styling of great couture houses in Paris such as Christian Dior and Elsa Schiaparelli, which has all been ‘combined with the elegance of 1940s Hollywood, and Surrealist art’

This particular version is sure to be bringing much needed coins of the realm into the coffers of the Australian Ballet, because Ratmansky is the most in-demand choreographer in the world, quoted as telling Cinderella’s journey from ‘rags to rapture’. 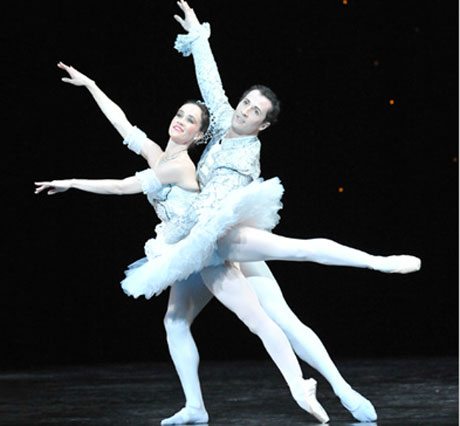 The Australian Ballet executive is ensuring that this art form remains ‘elite’, of renowned excellence, which is admirable. My worry is that it is on the verge of becoming elitist, available only to a minority rather than the majority?

Checking the prices on the website to attend Cinderella at over a $150 a ticket for a child at a matinée, the performance is hardly accessible for a family. Especially if you have two or three children.

The ballet was an important part of my own life’s journey (my Gran used to take me and she was a pensioner) as well as my own three children’s childhood experience.

The carefully selected Australian Ballet productions we were privileged to attend helped them to know I am sure, that everyone deserves to be empowered to reach for their dreams.

Then, as parents we reinforced the notion, that this was true but it was up to them to make it happen and hard work was involved.

My concern is for the children of the future? How do companies in a country as small as ours in terms of its population, cope with rising prices, salaries, production costs, costumes etc., when the seating in event venues where they are held only hold the same number of people?

The mathematics must surely defeat them in the end unless… unless they make it elitist once again.

In trying to cope the Australian Opera has invested in running massive events on Sydney Harbour, which are accessible price wise. While I can see that working well for the opera and singers, am not sure the ballet can make that leap too?  It’s such an intimate experience, like chamber music played on period instruments in a salon setting. And I am happy to be proved wrong. You may say well other children, except those of wealthy parents, are well served by Disney and their excellent movie and television production companies… and that is true, but surely that is not the answer.

Seeing and experiencing a live art performance allows us all to connect with someone real on stage, and is an important aspect of a child’s personal development.

There is nothing quite like a live experience of theatre of any kind. My recent foray to the Melbourne Theatre Company production of North by Northwest reinforced my thoughts on this.

The delight on people’s faces, and watching everyone talking animatedly to their neighbour was joyous. It was a very festive atmosphere in the audience at interval and after it was over.

It made me remember the gorgeous days of Operapolitan in Brisbane, when my delightful opera troupe of singers entertained in Westfield Shopping Centre’s and on the Queen Street Mall. While the purists were wrinkling up their noses, with the idea of making such an elite form of art available to everyone, the reaction we had at every performance told another tale. We all still remember the Italian born family that followed us from gig to gig, bringing Grandpa along as he had not heard opera live before, and then during the season, greeting them as they arrived to honour his memory.

Young married couples and mothers holding up their babies to hear the joyous sounds, young bike couriers stopping in their tracks to listen, people from all walks of life, all ages and all backgrounds coming to talk to our singers afterwards and having a happy chat saying they hadn’t known that opera was so glorious. Never having encountered it live before.

If we don’t have a solution, then surely entertainment will just descend totally into the realm of unreality on a screen.

My take on that is that if it is the case then in the end, many won’t be able to distinguish real from unreal or surreal.

Is it the Versailles syndrome all over again?

This was when the aristocracy behind their gilded gates failed to take notice of what was happening outside.

And we know what happened there!

While I think all children have to be able to read on screens, they should also enjoy being read to by an adult, or from a book because it also allows their imagination to run free.

It’s not a case of either or but both and. It should also include ‘live’ performance and is about them having a balanced experience so they learn how to weigh the pro’s and con’s of good and bad experiences.

The question I am asking myself is will the age of communication instead of bringing us all together, drive us further apart?

And, will I still hang onto my dreams that everything that is not yet alright, will come out alright in the end? Perhaps if we are looking for a scapegoat we can blame it on the glass slipper. In the meantime…

Do we trust the Lord to provide? “Trust Ross Poldark and you will get a better return” observes his wife Demelza who believes you must do it yourself to succeed