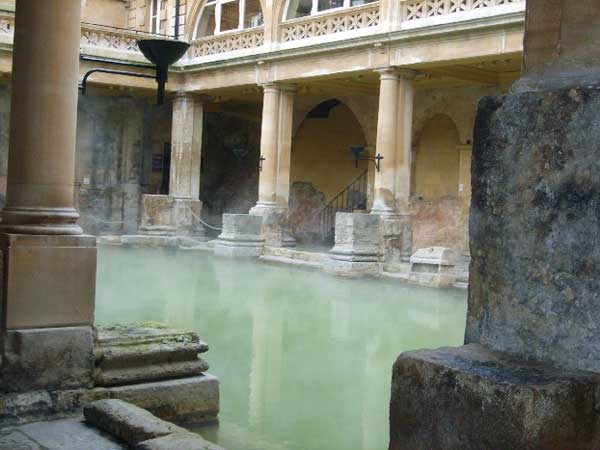 The city of Bath, in the West Country of England has long been renowned for its curative medicinal springs. During Roman times, and indeed up until about the year 400 it was a thriving town named Aquae Sulis. Throughout the medieval period it was little more than a market town largely dominated by the Church.

It was not until the fifteenth century when King Henry V111 came to see Bath for himself that the therapeutic value of the waters became, once again well known and people came to be cured. Queen Anne and her son William, Duke of Gloucester

At the turn of the eighteenth century Queen Anne (1665 – 1714), whose health had greatly suffered from countless failed pregnancies visited. She was seeking rejuvenation through its medicinal waters.

However, it only became a centre for fashionable people following the arrival of Richard ‘Beau’ Nash in 1702. Born at Swansea in Wales in 1674 Nash following an unsuccessful career in the army had become a professional gamester.

It was in this capacity that he came to Bath, hoping for rich pickings. 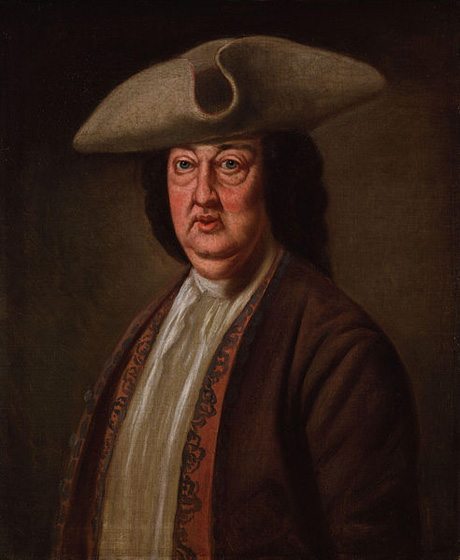 At that time there was a self styled Master of Ceremonies at Bath a Captain Webster, another professional gambler who arranged dances in the local Guildhall.

Beau Nash became his aide-de-camp and when Webster was killed in a duel Nash, quick to realize he had found his métier, took over the role and by 1704 had made Bath a great centre for fashionable society in England.

The ‘Beau’ was an extremely plain man who always dressed in very flashy clothes and became the undisputed King of Bath.

His first move when he ascended to the ‘throne’ was to ban the fighting of duels. Then he hired a good band and found a house to act as rooms of assembly until something better could be built Entrance to the Pump Room, bath

In 1706 he rebuilt the Pump Room, where Bath’s famous medicinal waters could be taken by those seeking a cure. He also engaged builder Thomas Harrison to complete a set of elegant purpose built Assembly Rooms. (John Woods the Younger built the ones that exist today in 1769).

He wrote a set of rules for ‘correct’ social behaviour that was posted in the pump room. They included number 6 that dictated ‘that Gentlemen crowding before Ladies at the Ball, shew ill Manners, and that none do so for the future – except such as respect nobody but themselves’.

The Beau forbade duelling, the carrying of swords in town and arranged for the lighting of roads. He raised money to improve communications, presiding personally at Balls and in the process succeeded in attracting the fashionable world to Bath. At these occasions the Beau banned men from wearing boots. Instead they were encouraged to wear stockings and shoes bringing about a major change in fashion for society at play.

Because so many people came to Bath for their health the Balls organised by the Beau began at 6.30 pm and ended sharply at 11 pm.

Even a Royal Princess was unable to make Beau Nash change his rules.

Today we would perhaps think it all intolerably slow but the Beau gained a great deal of respect.

He reigned supreme at Bath for over twenty years and those individuals in society who sought to flaunt his rules suffered his disdain and were dismissed out of hand…however he was known to be very generous to those having hard times.

He brought about a great ‘levelling of society’ ensuring that while they were at Bath merchants, noblemen and gentle folk all mixed together and learned to respect each other. He arbitrated disputes between neighbours and visitors and made valuable introductions in his self appointed role as benevolent dictator and arbiter of taste. Prior Park at Bath a symphony in stone

Another influential inhabitant of Bath was Ralph Allen.

He started life in a very small way in Cornwall but came to the city to work in the Post Office. He uncovered a Jacobite plot and so earned the patronage of the influential General Wade who had been sent to Bath to suppress any uprising.

Allen became Postmaster in 1712 aged only 19, then Mayor in 1742 and Member of Parliament for Bath from 1757 – 1764. He made a huge fortune partly from the stone quarries, which he acquired.

He built a great house, Prior Park, overlooking the town with stone blocks cut with crisp clean edges to suit the newly favoured classical façade that was designed by architect John Wood. 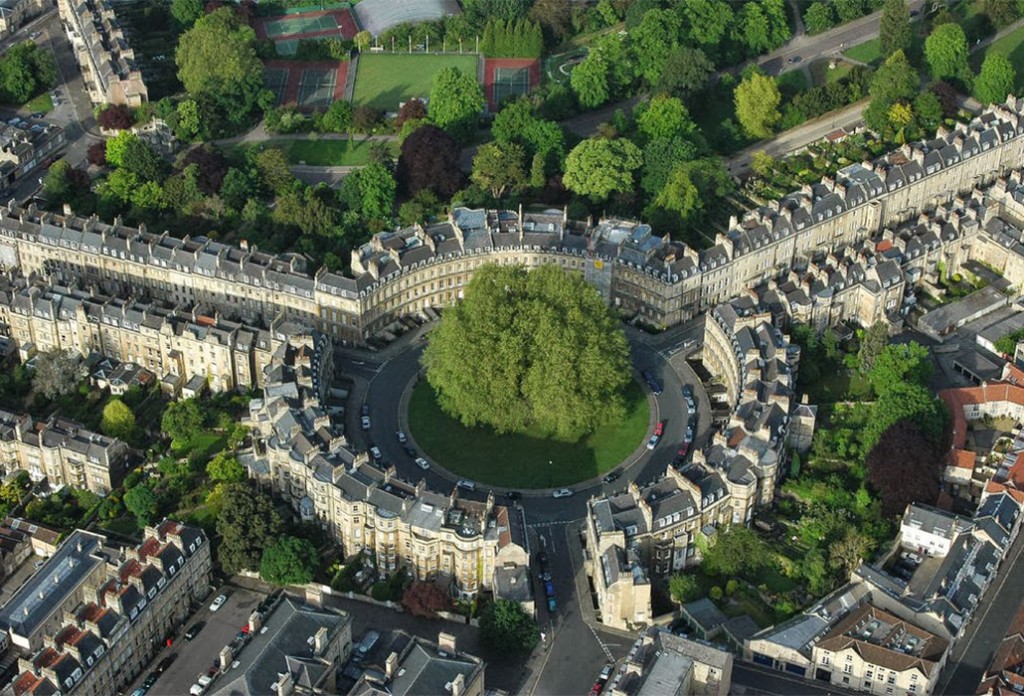 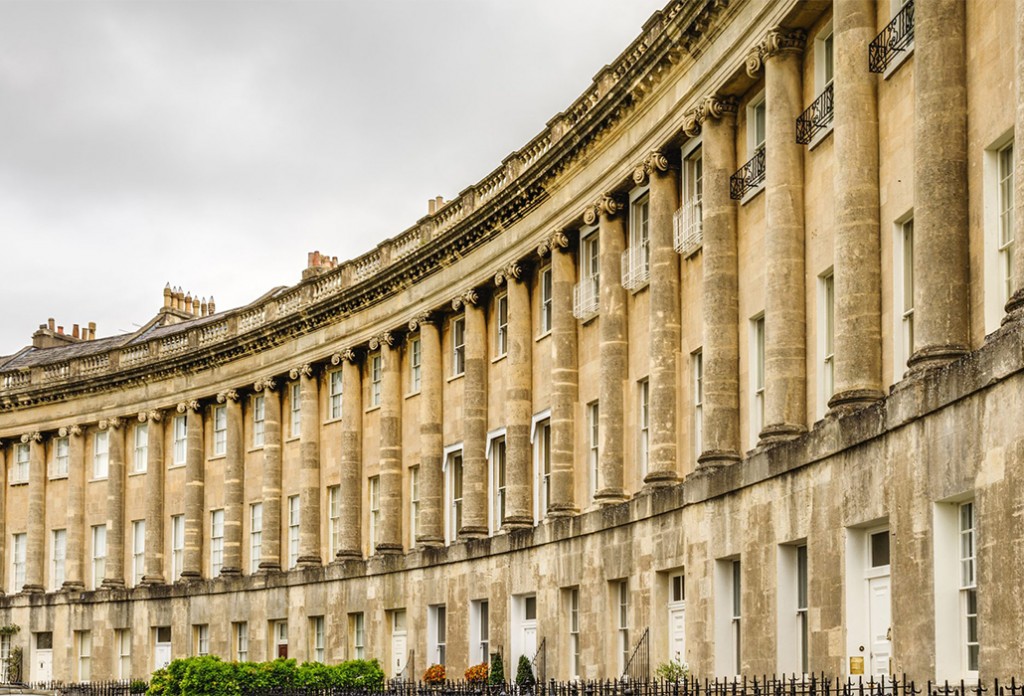 All these very elegant streets of beautiful classical style buildings were much copied and other architects who worked in Bath, including the Scottish born London based architect Robert Adam who designed the charming Pulteney Bridge. The painter Thomas Gainsborough came to Bath in search of commissions and became another well-known visitor at Prior Park as were novelists Samuel Richardson and Henry Fielding.

Thanks to Beau Nash, Ralph Allen and John Woods and John Woods the Younger Bath became, and remains today one of the most complete elegant eighteenth century cities left in Europe.

Beau Nash died in 1761 in poverty and obscurity but the Bath he created continued to attract the fashionable world. 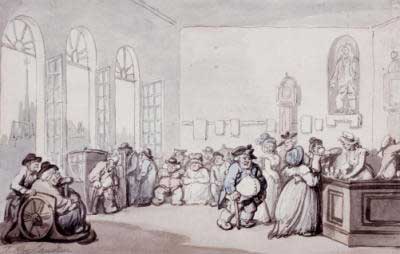 Comforts of the Pump Room, by Thomas Rowlandson

In 1766 an anonymous publication appeared called ‘the New Bath Guide’. The very eccentric fashionable man of wit and style Horace Walpole, who was the son of England’s first Prime Minister wrote to a friend: – ‘what pleasure you have to come! There is a new thing published called the New Bath Guide. It stole into the world, and for a fortnight no soul looked into it, concluding its name was its true name.  No such thing. It is a set of letters in verses, in all kinds of verses, describing the life of Bath, and, incidentally everything else: but so much wit, so much humour, so much originality never met together before.’

The author was the Rev. Christopher Anstey. Here is a small quote from ‘A Consultation of Physicians': - Says I ‘my good doctors, I can’t understand‘ Why the deuce you take so many patients in hand;‘You’ve a great deal of practice, so far as I find,‘But since you’re come hither do pray be so kind,‘To write me down something that’s good for the wind.‘ No doubt ye are all of ye great politicians‘But at present my bowels have need of physicians;‘Consider my case in the light it deserves, ‘And pity the state of my stomach and nerves By the time Jane Austen and her family came to live in Bath in 1801 it was no longer the exclusive haunt of the aristocracy. With the rise in the population and creation of a moneyed middle class many more visitors came to the city from widely varying backgrounds. The resident population alone had risen from some 3,000 in 1700 to 33,000.

Although Jane Austen disliked Bath and thought it bad for her health she, nevertheless, featured it in two of her most charming novels – ‘Northanger Abbey’ and ‘Persuasion’. Most of the places she mentions are still their today in much the same state. 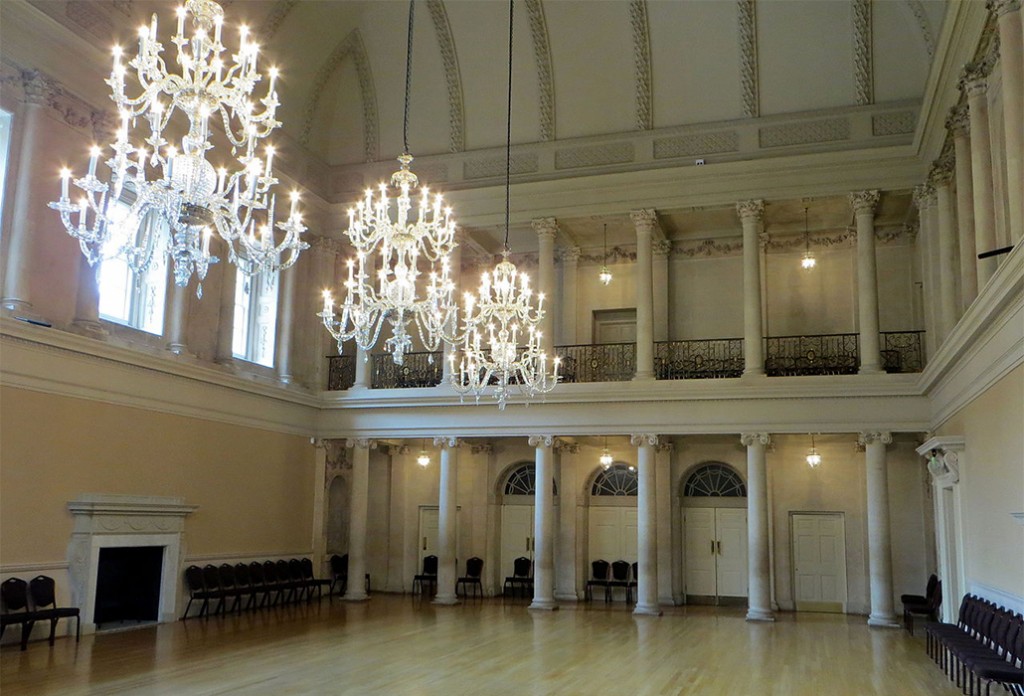 The upper Assembly Rooms, built by John Wood the Younger (1768-71) are where Catherine Morland, the heroine of ‘Northanger Abbey’ sat disconsolately waiting for a partner until the delightful Henry Tilney appears.

These rooms were bombed during the Second World War but have been sensitively restored to their original appearance. 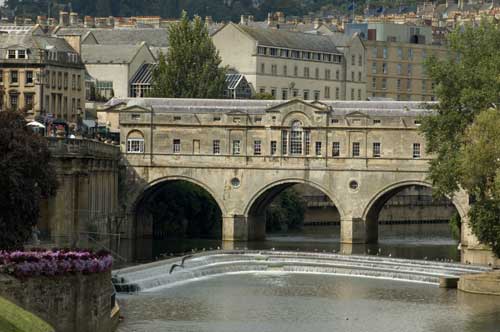 One can still walk on the hills where Henry and his sister, Eleanor, instructed Catherine in the delights of looking at landscape.

The Austen family lived in Sydney Place over Pulteney Bridge and next to Laura Place where Anne Elliot’s snobbish cousins, the Dalrymple’s, lived in ‘Persuasion’. And it is possible still to take a ‘Jane Austen walk’ and in that way see many of the places connected with her or, featured in her novels.

When late in the century doctors began to recommend sea bathing as a ‘cure all’ and when the Prince Regent (later George IV) built his fabulous pavilion by the seaside at Brighton, Bath which was situated inland in the country began to lose its popularity. 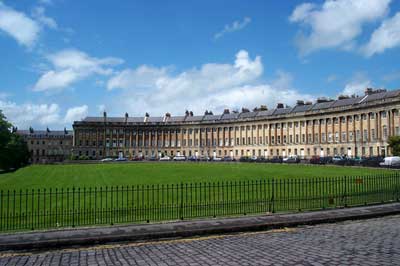 During the Victorian era the city sank into a decline thus escaping much of the ‘modernisation’ taking place in other towns. Invalids still frequented it but it more generally became a city of retirement for many people from the armed services on small pensions.

It was not until the Second World War when the Admiralty was evacuated there that the rejuvenation of the city really began. Since the end of World War II much restoration has taken place of, for instance, the Pump Room, the Baths, and the Assembly Rooms. All the stone buildings from being still ‘black’ with soot in the 70’s when I first saw them all now once again glow golden in the setting sun. And, its a wonderful sight to see. Today Bath is as busy as it must have been in the eighteenth century although with more emphasis on enjoyment and tourism and much less on invalidism!

‘To see all Bath and for All Bath to See’

RULES to be observed at BATH

1. THAT a visit of ceremony at first coming and another at going away, are all that are expected or desired, by ladies of quality and fashion,– except impertinents.
2. That ladies coming to the ball appoint a time for their footmen coming to wait on them home, to prevent disturbance and inconveniencies to themselves and others
3. That gentlemen of fashion never appearing in a morning before the ladies in gowns and caps, show breeding and respect.
4. That no person take it ill that any one goes to another’s play, or breakfast, and not theirs,– except captious by nature.
5. That no gentleman give his ticket for the balls, to any but gentlewomen.– N.B. Unless he has none of his acquaintance.
6. That gentlemen crowding before the ladies at the ball, show ill manners, and that none do so for the future,– except such as respect nobody but themselves.
7. That no gentleman or lady takes it ill that another dances before them;– except such as have no pretense to dance at all.
8. That the elder ladies and children be content with a second bench at the ball, as being past or not come to perfection.
9. That the younger ladies take notice how many eyes observe them. N.B. This does not extend to the Have-at-alls.
10. That all whisperers of lies and scandal, be taken for their authors.
11. That all repeaters of such lies, and scandal, be shunned by all company,– except such as have been guilty of the same crime.
N.B. Several men of no character, old women and young ones, of questioned reputation, are great authors of lies in these places, being of the sect of levellers.