The Gallery of Modern Art Brisbane will screen films by French writer-director Claire Denis with a retrospective of her work showing from July 26 – August 30.  The movies will be presented at GOMA’s Australian Cinémathèque and will include all ten of Calire Denis’ feature films. These include Chocolat 1988, a emi autobiographical mediation on colonialism in Africa, J’ai Pas Sommeil (I Can’t Sleep) 1994, Nenette et Boni 1996, Beau travail (Good Work) 1999, and more recent titles L’Intrus (The Intruder) 2004, 35 Rhums (35 Shots of Rum) 2008 and White Material 2009, plus a filmed conversation with the director, Claire Denis, The Vagabond 1996. 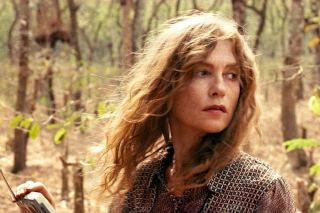 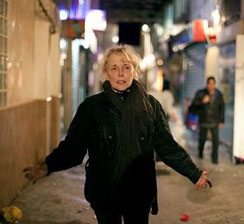 Claire Denis spent her formative years living in French colonial Africa in what is today Burkina Faso, Senegal, Djibouti and Cameroon. With highly controversial subjects of cultural and political tension, as well as individual alienation her work is united by her sensuous approach to characters and story development. Les Salauds (Bastards) 2013, will have its Australian premiere at GOMA’s Australian Cinémathèque on Friday July 19 at 7pm. For more information QAGOMA website