In a wonderful spirit of Trans-Tasman collaboration, The Choir of Newman College at the University of Melbourne is going to New Zealand to sing up a storm and more with some of the locals. The choir will join forces with the renowned New Zealand ensemble the Affetto Players directed by Gary Ekkel for the Main Event – performing Monteverdi’s 1610 Vespers, which was first realised in the glorious surroundings of St Mark’s at Venice. 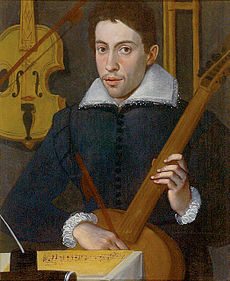 At St Paul’s Cathedral, Dunedin on April 9, 7:30 pm selected soloists Polly Sussex will also feature on Viola da Gamba and David Macfarlane on harpsichord and organ in a special presentation Les Ombres Silencieuses, Music of the French Baroque. The event is in honour of the musicians who played in the court chapel for King Louis XIV (1638 – 1715). David McFarlane will be playing the Cathedral’s main organ, which was built with some 3500 pipes by the legendary family of builders Henry Willis III in 1919 and installed in 1920. This program will include works by the most important French composer of his generation Marc-Antoine Charpentier’s La reniement du Saint-Pierre and Meditations pour la Careme, as well as French viol player and composer Marin Marais’ splendid tribute to his master Tombeau pour Monsieur de Lully.  BOOKINGS eventfinda