They don’t come along often enough these days, the movies that the British do so well, subtle, slick, stylish espionage movies about the pursuit of justice, albeit the British Way.

They were a genre I grew up on, with such classics as the 39 Steps with Robert Donat, and one my own children grew up on as well.

The American filmmakers perhaps surprisingly for the generation today, were a lot more subtle themselves at one time.

Robert Redford’s thrilling Three Days of the Condor proved it.

Today’s audiences however are much more attuned to the modern American way, big, brassy, thrillers, taught and terrific.

They have lots of action, lots of sex, lots of violence and lots of chases, all mind numbing stuff that gives a momentary adrenalin heart pumping rush. Don’t mind some myself. However, when you take in a movie like British filmakers Focus features ‘Closed Circuit’ for the first time, you find yourself having to gradually let yourself down.

You have to learn how to think again and how to follow a plot that has so many unexpected twists and turns that in the end you feel as if you are being just as tested as the two ex-lovers on the British defense team, portrayed so ably by Australia’s finest Eric Bana and Britain’s stunning Rebecca Hall.

The global threat of terrorism has without doubt significantly altered the modern jurisprudence system. And this is a story that really emerged out of the British legal system itself, which is at the heart of Steven Knight’s excellent screenplay.

The story is all about how the ‘system’ reacts to a major terrorism attack in London and we have tried not to add many spoilers here.

Why would they pick Bana to play a Brit? Well it’s all there in his focused attitude, his preference always for having the time to research a role so that he can immerse himself in the character he is going to play and then giving it his all. And in this he comes up trumps.

He also has an insight not many others have, being brought up in a legal family in Australia,  knowing and understanding their ‘level of intensity and intellect’.

Recently the British Film Festival has been on here in Melbourne. One of the pictures I chose to go and see was Closed Circuit.

Not surprising for me, I have been a fan of Mr Bana and have followed his acting career for a long time. I was not disappointed, especially when just before it started at the Palace Cinema Como, in the door rocked Mr Bana himself. They handed him a microphone and he proceeded to thank us all for being there to support what in the great scheme of things these days is a ‘low budget movie’ only $15 million pounds investment for Working Title, a very focused top British filmmaker, and their investors. He was lending his own voice by picking up the Australian distribution rights to the movie, in which he stars, and taking it on the road himself.

Just the sort of thing a good Aussie bloke, investing in his own career would do.

What a coup, having Bana stage his own personal roadshow on the night I was there. He spoke from the heart in support of what many may see as the ‘dying art of movies’, with television taking over to tell much more meaty and lengthy stories.

But he’s a believer, having grown up in an Australia where the battler always gets a fair go and living in the city of Melbourne where any ‘art’ form is elevated and given substance by those who at least try to have some sort of impact on outcomes.

His presence that night certainly made my day. Filmed on location in London the colour of ‘Closed Circuit’ adds much to the mood, not bright or brash, but cool and clean, the ‘greyness’ that is so often associated with other than summer days in London, when the rain, the wind and cool night air imparts a particular dank atmosphere.

The storyline is seemingly simple at first, but then as you settle into it you realise that there is not only a lot more going on beneath the surface, but also a hidden depth you wouldn’t have thought possible. Rebecca Hall is Eric Bana’s co-star in this movie and she’s good. Must say I loved her previously in The Prestige and most especially starring as Sylvia Tiejens in BBC Two’s excellent drama Parade’s End with Benedict Cumberbatch.

Hall is a star of stage and screen and her experience and knowledge of her craft shows. Growing up in a family all with parts to play in the world of stage and costume design, you could say it’s in her DNA.

She is the perfect foil for Bana’s best broodiness and open-faced honesty as they take part in a tale told in the best tradition of British spy thrillers, especially those about MI5 and their clandestine operations. It adds another dimension to the ‘Spook’s. A mysterious explosion in a busy London market has the police swooping in and a suspect detained but then as the evidence points to a possible British Secret Service cover up, it’s not only just the reputations of the two lawyers on the defense team, but also their lives that are at stake.

The prosecution is keeping secrets from the lawyers as well as the public and they Bana and Hall’s characters, Claudia and Martin find they are being ‘managed’ beautifully by MI5 and Jim Broadbent brilliantly adding a level of creepiness.

Jim Broadbent revels in his role as ‘Attorney General’. He appears when we least expect him to, constantly reinforcing the idea that ‘there are powers at play that neither you or I can even hope to control’. He is always menacing and you become aware that he means so much more than what he is saying.

As the plot takes new turns their ability to survive while being surveyed by more than half a million closed circuit cameras in London alone takes their skill, determination and a lot of luck. All their loyalties to home and government system are stretched and tested to their limits. 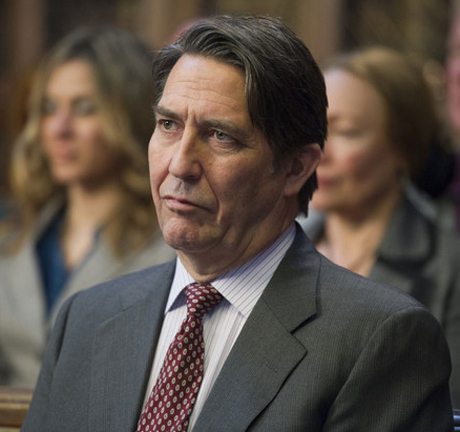 Ciarán Hinds is also very convincing in his role as Bana’s right hand man Devlin. But have they got to him as well?

Has his loyalty to a man he seemingly admires like a son been compromised.

What is the truth they are all trying to unravel together going to really cost them all in the end.

And what about Joanna, the American journalist?

She is already dipping her oar into grey water already so murky and covered with an oil slick of massive proportions that she cannot begin to understand, not being British, is she in danger too. Julia Stiles (Nicky Bourne in the Bourne films) is quietly perfect in her role. Also a star of stage and screen, she is the one who uncovers the conspiracy and comes under threat as a result.

Who are the powers at play? What are their agenda’s about? How can justice and the truth ever surface and, is it in the public’s best interest to know everything? 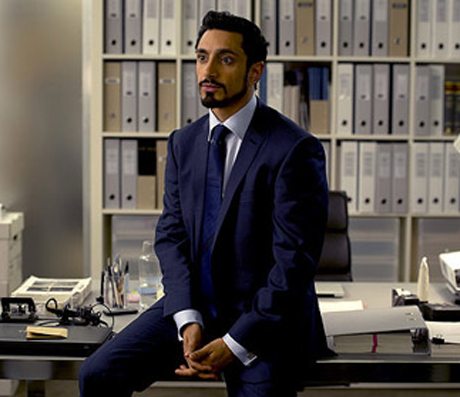 Despite all the warnings, defence lawyer Martin (Bana) wants all the secrets out in the open for the public to decide.

The fine ensemble cast that supports the main protagonists in this movie are all exemplary. Riz Ahmed, a former ‘rapper”s casting as Nazrul Sharma, inspired.

Director John Crowley has produced a wonderful tense thriller, that challenges the audience’s comfort zones, and as it proceeds you begin to feel your heart pounding and a great sense of unease. Screenwriter Steven Knight brings great authenticity and integrity to his web-of-conspiracy tale with his intelligent, thought provoking script.

Closed Circuit is aimed at a ‘niche’ market. Those who like their movies intelligently scripted, exceedingly stylish, compelling to watch and with a plot that is revealed with a great sense of craft and passion.

HM Queen Elizabeth II’s Coronation Summer show features an array of clothes and robes worn by the royal party in 1953, recreating the atmosphere of the occasion