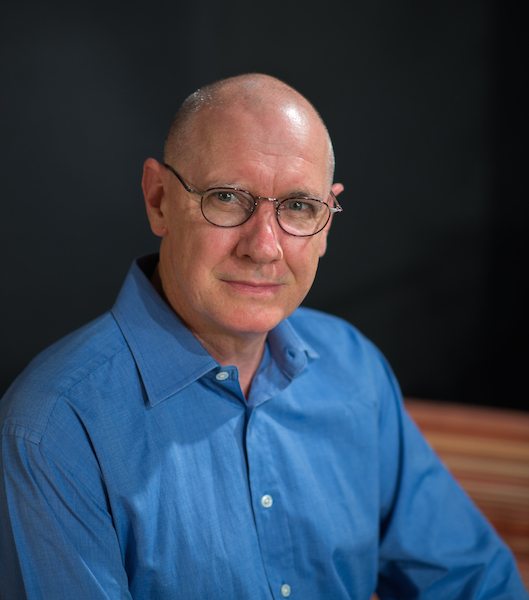 Gary Kliger is directing the Australian premiere of Closure a play by Ron Blicq and I was fortunate to interview him during the current rehearsal stage of the production.

The performances will commence on May 9th at Centenary Theatre Group [CTG], Brisbane’s theatre of the western suburbs since 1977.

Can you recall your earliest memory of a theatrical experience?

I was at school when I took part in an intra-school one-act play competition.  I was pretty much an introverted type of guy then, if I remember correctly, and I thought it would be fun and something different to be involved in.

I was very surprised and delighted when people said to me after the performance that they thought that I had acted very well in the play. It made me feel good and I chose to continue on with theatre, particularly with that sort of reaction and the sheer fun of belonging on a stage. What do you believe are the most important qualities for a theatre director?

I have to be really enthused by the script first and foremost. There’s no point spending as much time on something as I can and do spend on a theatrical project if there’s not enough to spur me on to doing all that is needed to get a show up and running.

I have to see the possibilities of the script coming alive on stage, have a visual sense of what might be the possibilities and then see what CAN be achieved when looking at the reality of the capabilities and limitations of the venue where the play is to be staged. Centenary Theatre Group (“CTG”) performs at a community hall in Chelmer in Brisbane, which has its limitations and challenges for each production that the company tries to mount.

We are having MANY discussions-when I say ‘we’, I do not mean the royal ‘we’, I mean my production team, my stage manager, set designer and others- about how Closure is to be staged and the practical difficulties and how to overcome them connected with the particular set design submitted by the person at CTG who has quite a lot of experience building sets. There have been quite robust discussions about this issue and I believe that the set design will be a major factor in the success of the presentation of this play.

How would you describe your directorial style?

I do not come into a rehearsal room with the stage moves, the ‘blocking’, set in advance in my head.  I come in with ideas of how I see the characters of the piece, how I think they can be played (which can change as actors rehearse and bring their own thoughts, experiences, and contributions to the manner of the preforming of the roles that they play). I come in with some idea of where each scene can move around the stage; again, the rehearsal process can and often does change this and I get inspiration from what each actor brings and the play evolves as we rehearse and hopefully does not stand still.

Actors are a good resource, of course, and there are actors of broad experience in my cast, along with those of less experience, which is all part of the joy of working in theatre. I don’t have a dictatorial style (at least I don’t think I do), where I mandate that actors WILL move at certain words and take only a certain number of steps at a point in the play (I have suffered from this style in the past), nor am I laissez-faire, (where the director leaves it up to the cast to ‘show’ him what they can do and will sometimes say not very much at all to assist the cast when they have some sort of difficulty).

I hope that that produces better work from the actors and better understanding of their roles. 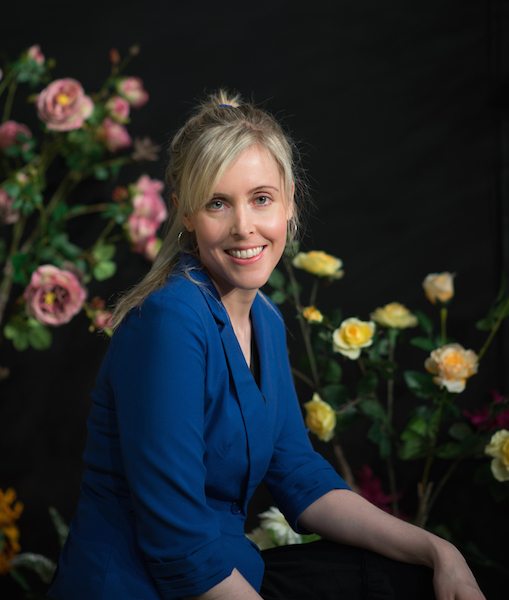 You have been both actor and director, how different are the roles in terms of rewards and difficulties?

Directing is the more difficult because there’s more to worry about, to envision, there’s more responsibility to the whole of the production. At the same time, it is immensely rewarding to see the whole picture come together and come to life and see your ideas brought to reality in the performances.

Acting is more enjoyable, in the sense that you can be a little selfish and look after your own responsibilities to the production, while being engaged in assisting, and being responsive to your fellow actors with the challenges and the rewards of doing the best for the production that you can.

Actors get the immediate reward of the applause, which is one of the major factors that we spend so much time on something for which we are not remunerated in pure dollar terms, and the enjoyment of the social aspects of the involvement.

Actors have the ‘chore’ of learning the lines and the directors have the chore of being the ‘bad cop’ when pushing actors to complete the task that is always the least enjoyable aspect of the theatre.

BOTH roles have a great payoff, though, in the feeling that can be obtained from the audience reaction and the artistic satisfaction from the production itself. 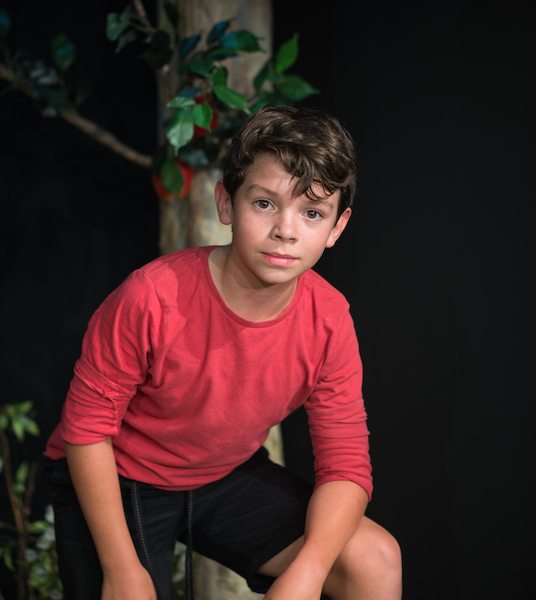 What motivated you to direct Closure?

CTG gave me this play to read, at a time when I submitted my interest in being considered as a director for this 2015 season.

I had directed there once before, so I was not an entirely unknown quantity. It immediately ‘spoke’ to me as a deceptively simple piece about a worthwhile subject.

How did you form clarity of personal artistic vision for Closure?

This is a difficult question to answer, because I proceed from the script and can I ‘see’ where it may lead me, to how to achieve the author’s aims in writing it, to how to stage it, to how to cast it (this play has some difficulties, in that the cast ranges from 9 years old to 75 years old), to how to make sense of the story and ensure that it transmits clearly to the audience. I don’t necessarily start with a formal vision; I allow things to happen and inspire me in rehearsals and in staging the play and in discussions about lighting and sound.

All have an impact upon what might have been a rather more simplistic vision when I started. Closure deals with the major theme of people being affected by war.  In this instance it deals with the theme of ‘not knowing'; not knowing what happened to a parent in World War II, when one man tries to find whether his father still lives, some half century later, as he is the result of a wartime relationship between his mother and father.

The father was a Canadian pilot in the war, had a relationship with the mother and then disappeared from her life. We learn that there were 25,000 Canadians who fathered children in similar circumstances.

This has resonance today for any single parent raising children and there are many stories that abound today of people trying to reconnect with long lost family members, to try and fill the ‘hole’ in their lives and achieve closure-whether by establishing a connection or having the door slammed shut once and for all.

My personal connection to the material is that of a human being.  It’s a great story to tell.  We as humans are all interested in the outcome from our human perspective. My dearest wish is that our audiences are and remain interested and invested in the characters and their story and that they will sincerely want to find out what is the outcome of this story and this attempt at closure.

How successful is Ron Blicq in developing character, challenging the audience and ultimately reflecting positively on human nature?

Mr. Blicq’s play is beautifully written and constructed.  As we rehearse, I am finding more and more depth to the characters, which is testament to the writing and to the difficulties of an artistic nature inherent in getting the best out of such a piece of writing.

Our audiences hopefully will come on a journey where the outcome has been (deliberately?) left uncertain and where each audience member may see the outcome in a different light. The writer has not delivered a simple, pat and obvious answer and our challenge is to be true to the author’s aim.

We should feel that the characters are real, that the family relationships are real, that it could be any of us facing Donald Barlow’s dilemma, whether to leave the past be or to run the risk of having the door slammed in his face by a father who doesn’t want to revisit the past at all. There is a possibility of a positive outcome, which is not ‘preached’, and that leads to what I hope is an engrossing denouement.

Is the playwright attending a performance? What is your reaction?

Yes, Mr. Blicq is coming from Canada to Brisbane in May especially to attend our opening night. He is in Brisbane a couple of days before the opening and wishes to attend our last couple of dress rehearsals. This is both exhilarating and terrifying. I admire the play so much; to have the playwright attend and to meet him and to have him see the end result of a lot of work from a lot of people, who all love the play, is very exciting indeed.  It does not happen all that often that a writer travels so far to see a production of his work.
Basically, at audition, I chose those actors who best gave some understanding of the characters they were reading. Have you had any special moments in the rehearsal process?

These can occur when you make discoveries and realise something that hadn’t initially occurred about a character or their journey or their motives for doing or saying something. This experience has been enriched along the way by just such moments. When you see a young actor, who has had no acting experience at all, suddenly start to blossom and to give a performance that is special to be a part of.

What can the audience expect in their theatre experience of Closure?

I hope that the audiences can see something of their own experiences of being in a family played out in Closure, irrespective of whether they have faced the exact same issue as is dealt with in Closure.

I hope that the audience believes in the characters and in the family dynamic that is played out in Closure. I hope that they find the subject and the outcome engrossing and that they want to see reconciliation between the father and son who are at the heart of the play.

I hope our audiences are moved and entertained in equal measure. I can only urge people to come along to CTG at corner Queenscroft and Halsbury Streets, Chelmer, Brisbane to see the production of Closure. A Higher Loyalty by James Comey is an impassioned narrative revealing how and why trust is a far better foundation than coercion, at least in a mature democracy