Volterra is a walled town in Italy’s Tuscany region.

David Wagner’s description of the town and the surrounding countryside where it’s possible to come upon ruins from antiquity without looking over the shoulders of a tour group has made me want to visit this historically significant hill town.

The history of the town and its previous inhabitants has been woven into a mystery that has at its centre: art scams; the illegal selling of stolen Etruscan burial urns and the fraudulent trade in copied urns sold as originals. Rick Montoya has arrived in Rome from the US to set up a translating business.

Of a feisty disposition, Erica is not a young woman to trifle with and Rick sometimes has difficulty keeping their romance on an even keel.

A charmingly laid back guy, Rick finds it hard to say no when an old school friend Beppo, employed by a branch of the police art squad, asks him to travel to Volterra to investigate Etruscan tomb raiders – ancient art works are being removed from burial sites to be sold to foreign buyers.

Rick accepts the undercover assignment and despite Erica’s protestations travels to Volterra posing as a scout for a New Mexico gallery wanting to buy art works that will appeal to their clients. On arrival, Rick contacts the local Commissario who, on the eve of his retirement from the force, is peeved that Rome have sent an amateur, even worse: a foreign amateur to solve the mystery of the missing urns.

Beppo has supplied Rick with a list of local identities, all involved in the town’s art galleries, who may or may not be supplementing their income by the illegal selling of Etruscan antiquities.

Rick doesn’t let the grass grow under his feet and on his first day in Volterra interviews the owner of a local gallery who employs local workers to reproduce ancient carvings for sale to foreign tourists. The gallery owner’s assistant is detailed to take Rick to the factory where the carvings are produced. Halfway there the employee stops to talk with a guy and then tells Rick: something has come up and he will have to wait until tomorrow to visit the factory.

Tomorrow never comes – the employee is found dead after a fall from a cliff top at the edge of town.

Did he fall or was he pushed? Rick’s pretty sure he was pushed and the next question he asks himself is: why?

The last one seen speaking to the dead man, Rick’s real purpose in coming to Volterra is questioned by the Commisario.

Rick decides the only way to convince the Commissario that he had nothing to do with the tragic death is to find out who did. He follows up the leads supplied by Beppo, interviewing local commercial and government run gallery staff.

A strangely assorted group, Rick comes to the conclusion that given the opportunity most of them wouldn’t think twice about selling stolen art works or passing off fakes as originals. 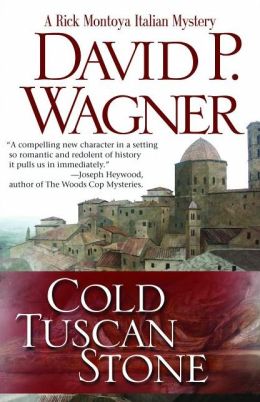 Erica arrives unexpectedly from Rome. Was the visit planned as a pleasant surprise for Rick or is Erica jealous because one of the Volterra’s leading art dealers (an old friend of Erica’s) is an exceedingly beautiful woman?

Rick doesn’t have time to figure out Erica’s motivation, the heat is on and he becomes a target for the gang of art thieves.

In an exciting surprising conclusion, Rick thwarts the thieves and a little less trusting, a little more cynical he returns with Erica to Rome to a life more ordinary.

But not for long, I suspect, as this enjoyable mystery is the first of a series featuring Rick Montoya and his Italian peregrinations. Looking forward to the next”.

Decorative little toggles called netsuke – pronounced “netskeh”, literally meaning “root for fastening” made their debut in late seventeenth century Japan. Such objects, often of great artistic merit, have a long history reflecting important aspects of the evolution of Japanese life and society. Symbolism and elements of nature are frequently…