The annual cult pop culture and fan expo Comic Con phenomenon at San Diego, California is underway. It was founded in San Diego in 1970 after the space program at NASA had landed the first man on the moon. From their favourite Super Hero to Blue people on Pandora, it’s all about everyone having a great deal of fun.

The convention is a great ‘buzz’ for its millions of fans world wide. This year the Man of Steel’s superhero costumes will be on display to celebrate Superman’s 75th anniversary in 2013.

In light of the latest ‘Man of Steel movie’ DC co-publisher Dan DiDio in an interview with USA today said “Superman is such an identifier for who we are and what we are about — not just DC Comics but just comics in general. You think about a character who was created in 1938 and how many other characters have disappeared and faded away, and he is just as strong and probably more vibrant than ever.” 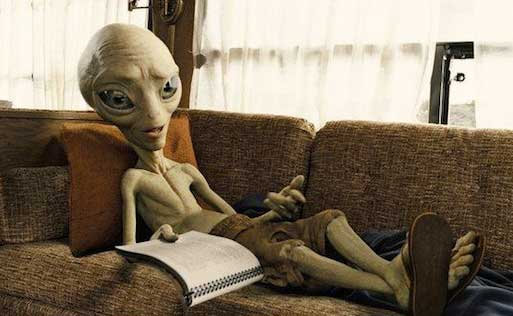 Movies like the 2009 science fiction action film Avatar and the 2011 character-centric driven comedy movie Paul, about a loveable alien trying like the ficitional E.T. to return home, is a great example of the hype that surrounds this incredible nerd space convention.

There is a point Paul is going to give up trying to get home until he is motivated by his friends on earth to keep trying. They know that it is all about not giving up on hope, which is but a waking dream.

The annual Comic Con Masquerade Ball has been styled on a talent competition with an MC, panel of judges, impressive awards all taking place in a huge auditorium with an elevated stage, theater-style lighting and four giant high-definition video screens providing great close-up views gathered by multiple cameras. Costuming for the fans is the vital ingredient of this iconic annual event and, in this world of fantasy and fun, the visitors enjoy the chance to dress up.

The audience fills the gigantic ballroom to capacity. Over 2,000 more people watch the show on large video screens in the nearby Sails Pavilion and other ballrooms.

This show has become bigger than Ben-Hur’s stadium and Disneyland, at least in terms of its programming.

Followers are forced to choose from an enormous list of events happening, however if you are at home anywhere else in the world you can keep up on Facebook, as they daily post the happening events, sensational photos and a running commentary. 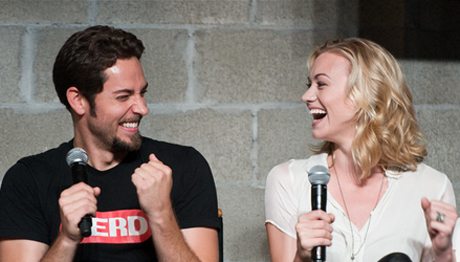 TV studios clamour to have a presence on the popular panel segment, which has the stars of their favourite shows on stage sending the audience wild with excitement.

When the stars of Chuck turned up between 2007 – 2011 they were enormously popular, because it was the fans who drove the success of the show, having mounted a successful campaign to encourage NBC to renew it for five seasons.

Actor comedian Zachary Levi, who featured as Chuck, became the most popular Nerd Herder encountered. In 2012 he is MC for every event, where he has just as much fun as everyone else. 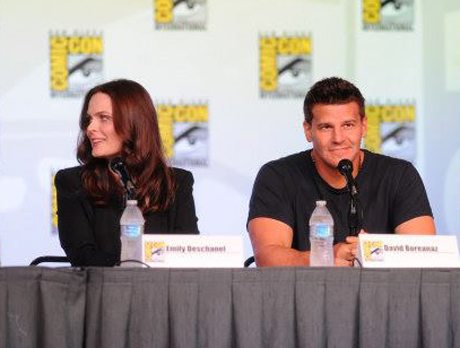 As a part of the event, Levi organized two back-to-back Chuck reunion panels, hinting that he’d be pleased about the possibility of a Chuck movie. Australia’s Yvonne Strahovski, who played Levi’s partner in Chuck, enjoyed herself as well.

Last year the cast of Bones the television show also turned up – creator and executive producer Hart Hanson, executive producer Stephen Nathan and stars David Boreanaz and Emily Deschanel were on hand to discuss the shocking finale of season 7, as well as what’s in store for Booth and Brennan in Season 8.

Its a great platform for promotion and keeps these ongoing popular series at the forefront of fans. Nathan Fillion who stars in the successful TV show Castle these days, also turned up last yeaer with the original cast of Joss Whedon’s Firefly (2002) for a reunion that had fans screaming with delight.

They had queued up all night to see the cast reunite for its 10th anniversary. Tears fell and eardrums shattered as the cheers were long and loud.

This was another ‘space’ series that had its heyday for a brief period between September and December 2002. It has gained a huge cult following since it ended. It won an Emmy in 2003 for Outstanding Special Visual Effects for a Series and was released on DVD.

It then expanded from the series to a film (Serenity) to other media, including comics and games.

“The 27 people that saw it when it aired loved it,” Whedon said of “Firefly” at one point in the panel, joking about its DVD-centric fanbase. 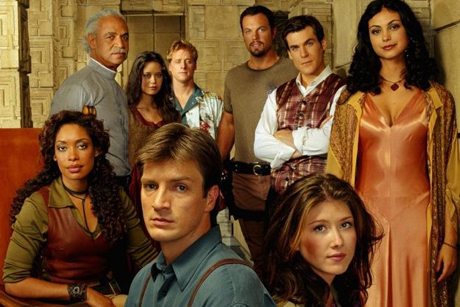 Game of Thrones is another hit Television show that suits the costuming ideal of all who attend.  Some of their greatest casting scoop for their upcoming season were first revealed at Comic-Con.

A Song of Ice and Fire writer George R.R. Martin was there last year, joined by the cast and introduced some of its new brand-new characters. “We were already the biggest cast in television and we have just grown bigger—so clearly I need to start killing characters more quickly to make room for the new ones!” Martin joked, although the fans won’t like to hear about the demise of some of their favourites.

From the very beginning, the founders of Comic-Con set out to include not only the comic books they loved, but also other aspects of the popular arts that they enjoyed and felt deserved wider recognition. Saving some of the best for Sunday, the visit of Robert Downey Jr to Comic Con last year was amazingly popular, as was that of some of the Hobbit characters including Ian MacKellan (Gandulf).

Downey Jr announced that he was putting on the Iron Man suit for the third time, and told fans that he takes the role as seriously as he would Shakespeare.

Hobbit fans will be sure to abound this year with another movie imminent.

Artists, cartoonists, writers, producers, directors, comics historians, actors, authors, illustrators, creators, publishers, comedians, TV and Movie studios and fans by the thousand, they will all be there at Comic-con 2013, the event that celebrates the historic and ongoing contribution of comics to art and culture.