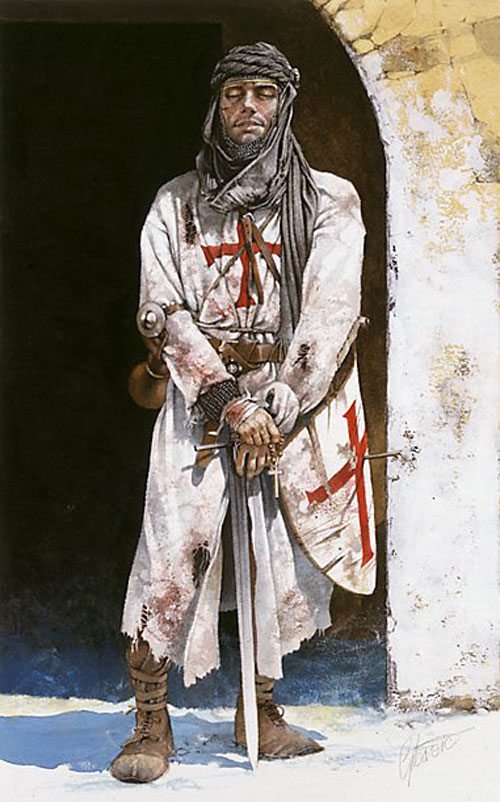 In the western world from classical antiquity onward fashioning human identity was an evolving process. The Poor Knights of Christ and Temple of Solomon became known as The Knights Templar. They were a spiritual militia for Christ (mostly French) formed in 1118 to protect pilgrims on dangerous roads leading to Jerusalem. They lasted from 1119 until 1314 when the last Grand Master was executed. Philippe IV, King of France, in October 1307 attacked the order ostensibly on the grounds of “vehement suspicion” of heresy and blasphemy. There was a limited intervention by Pope Clement V, an energetic defense by some Templars, but nothing could save the Order. It was suppressed by the papal bull Vox in excelso in 1312. Its goods and properties were transferred to the Knights Hospitallers. Although the Order was suppressed, many knights fled, went underground and later re-established, so their extraordinary legacy of honour and service still lives on nearly nine centuries later. They began wearing their famous identifying white mantles after the church Council of Troyes in 1129 and it was Pope Eugenius III (1145-53) who allowed them to wear their now famous red cross as a symbol of Christian martyrdom.