The Cairo Genizah fragments are an accumulation of almost 280,000 medieval Jewish manuscript fragments, a majority of which are in the Bodleian Library at Oxford in England. They have recently placed some of the collection online, so they can be studied by scholars and all of those with an interest in the rich heritage of the Jewish tradition. They are mostly written in Hebrew and Judeo-Arabic and were discovered in the late nineteenth century in an annexe of the Ben Ezra Synagogue in Fustat, presently Old Cairo, Egypt. Documents accumulated, from the ninth to the fourteenth centuries, remained there, until their value for scholarship was discovered in the nineteenth century. 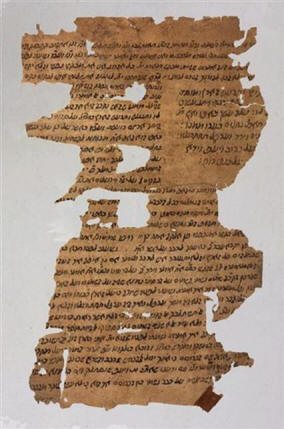 The Bodleian Library at Oxford’s Genizah holdings are indeed exceptional and through the miracle of modern technology these unique and precious documents have been made accessible by the generous donation of Mr. George Blumenthal, a New York philanthropist, businessman and pioneer in digital communications. His contribution has enabled 25,000 of the Genizah fragments to be digitized. Financial support from the Polonsky Foundation, Sir Ronald Cohen and other donors went towards creating the online catalogue.

Dr. Piet van Boxel, Project Director and former Curator of the Hebrew holdings at the Bodleian Libraries said, ‘Making the Bodleian Libraries’ Genizah holdings available online will enable scholars to compare the fragments held in Oxford with those held in places like Cambridge, New York, Philadelphia or Manchester. This… resource will inaugurate a new era in Genizah studies and will facilitate international research enabling experts to make progress with a long-term goal of Genizah research – identifying matching fragments in different collections. ’ During the late nineteenth and early twentieth centuries donors and librarians  focused on specific subjects. Of particular significance are the rare Talmudic fragments of which so few survive. This was because of mass burnings of Talmud manuscripts in sixteenth century Europe. The second large section of the Bodleian collection is that of liturgical materials. They shed important light on the little-known beginnings of Jewish prayer. The fragments in the Bodleian Library, total some 25,000 folios, which is a staggering statistic. They stand out not only for subjects preserved within them, but also for their size. Comprising on average five folios, and forming in many cases complete quires, making them a treasure trove of great value compared to other collections.

The name of the collection, ‘Genizah’, comes from the Hebrew for ‘store room’. The Ben-Ezra Synagogue built in 101, in Old Cairo had an attic with no walls or windows and was only accessable by a hole in the western wall. The room was discovered in 1860, and from that point manuscripts made their way to Europe. Some estimates put the number of manuscripts and fragments at 200,000.  Most manuscripts dated from 1000 to 1400, some however, were dated much earlier. The most important manuscripts included biblical manuscripts.

Members of the medieval Jewish communities considered the Hebrew alphabet so sacred that anything written in it was placed in a Genizah, literally ‘store’, rather than discarded. The Bodleian was the first major library outside of the Middle East to acquire fragments from the Cairo Genizah at the end of the nineteenth century. Its acquisitions policy resulted in a meticulously planned purchase over the following years, at least until the beginning of the twentieth century. As a result the collection contains a remarkable representation of texts focused on specific subjects and includes fragments bigger than any collection in the world.

No aspect of existence is left untouched in documents. Information on the vital role the Jewish people played in the economic and cultural life of the medieval Middle East as well as the relationship between the Jewish and Arab peoples is provided in community minutes, rabbinical court records, leases, title-deeds, endowment contracts, debt acknowledgments, marriage contracts and private letters.

Adapted by Gareth Valentine, with choreography by Derek Deane, those passionately in love with dance will enjoy the Queensland Ballet’s Strictly Gershwin in May