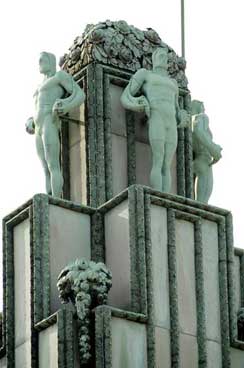 The characteristics that define contemporary art are evident in every age: confidence in execution, structure, form and style. A dispute known as the “Quarrel of the Ancients and Moderns,” dominated the intellectual life of Europe between 1683 and 1719. The crux was whether the Moderns (those living at the time) were morally and artistically superior to the Ancients (ancient Greeks and Romans). The debate introduced an important contrast fundamental to our understanding of modernism; recognizing there is a division between tradition, who support the argument for the Ancient while the more progressive protagonists side with the Moderns. The identification with Ancient Greece and Rome had as much to do with eighteenth century perceptions of early democracy, as it did with the rules that governed architecture and design. Painters and sculptors, to a certain extent played a practical role as essential recorders of both contemporary life and experiences and, still do.

Star Trek Into Darkness is an emotional roller coaster ride for both stars and audience, who connect with the challenges faced by the Starship Enterprise’s crew