‘Security is mostly a superstition. It does not exist in nature…life is either a daring adventure or nothing’ 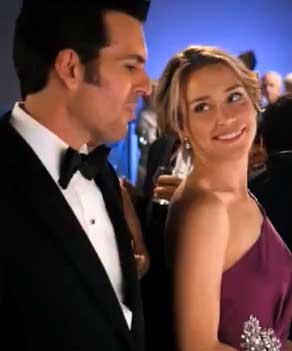 Piper Perabo, aka Annie (Anne Catherine) Walker is a leap before you look kind of career cover girl, who is under cover clandestinely involved in Covert Affairs. This television series, as it progresses, is putting the C back into the importance of character development, which is at the heart of any drama suspense action show’s success. Although it does also require the viewer’s patience. These days it takes a while for writers to reveal the back stories attached to building up both characters and relationships, enabling the audience to engage and empathize with them.  If they succeed in the first season of a show, then its likely to be renewed for a second run, as it has with Covert Affairs. As it hots up in its second season, you will need to brush up on your spy skills with the show whose first season titles were named for Led Zeppelin songs. It put the S back into sensitive, as its protagonists worked hard in the field for the US Government’s DPD (Domestic Protection Division). Annie Walker is a CIA trainee under cover posing as a Curator for the Smithsonian Institute, while being involved in clandestine affairs for a department of the government specializing in protection and deception. She has Ex CIA special operative, the very cute heart crusher Christopher Gorham, aka August ‘Auggie’ Anderson as her guide in life, so what more could any girl truly want. Annie has the abilities a good secret agent needs. Endurance, tenacity, loyalty, courage, honesty, integrity, persistence and a firm conviction that she is on the right side of both the law and truth. 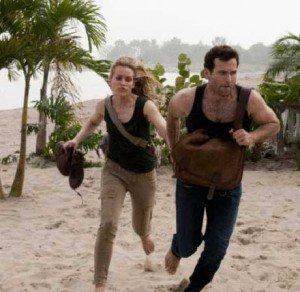 Leading a double life is not easy. Annie is forced to negotiate and face down terrorists on one hand, while living the quiet life at home with her sister and her family, on the other.

They don’t know about her CIA clandestine affairs. And, she finds it challenging to say the least. Having emotions, while being emotionally detached is about as hard as staying alive. 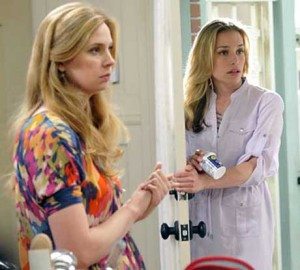 Her sister Danielle Brooks aka Anne Dudek keeps her grounded. She is reliable with all the skills necessary to hold down a high powered job while caring for her daughters and keeping her marriage alive. Danielle thinks Annie works too hard and is encouraging her to date, not knowing she’s a CIA agent or emotionally unavailable because of her love for Ben Mercer.

He’s the boy with blazing blue eyes she earnestly hoped wouldn’t break her heart. Ben had gone a.w.o.l. originally, after enjoying an idyllic time with Annie two years before, and afterward she had turned to her secretive career as a welcome change. 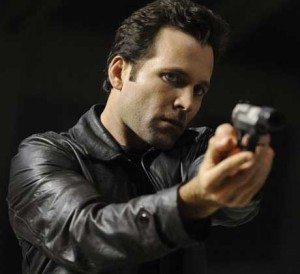 Eion Francis Hamilton Bailey aka Ben Mercer in Covert Affair’s first season was a master of understatement and sincerity, as he wove in and out of Annie’s life leaving deep footprints on her soul. He disappeared not long after they had been obliged to run for their lives. 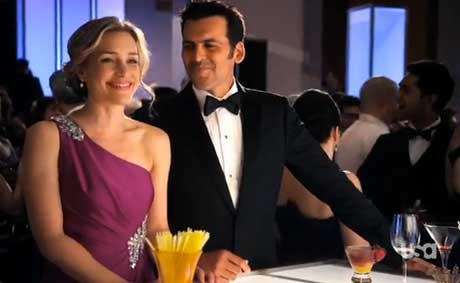 Ben is captured at the end of season 1 after going rogue. So in Season 2 will Annie finally let him go completely, while knowing how much he loves her?  What sort of decisions will she have to make if he does reappear?

Surely she will have many other suitors like the dashing and dangerous Israeli operative Eyal Lavin aka Oded Fehr.  The first time they met he and Annie had great chemistry and as their characters develop hopefully sparks will fly, especially when they meet up at a black tie event in le Louvre at Paris.

Piper Perabo received a nomination in 2010 for Best Performance by an Actress in a Television Series — Drama, for her role in the first season of Covert Affairs as the multi-lingual field operative with a passion for her career, her family, speaking Portuguese and the main men in her life, Mercer and Auggie, not necessarily in that order. 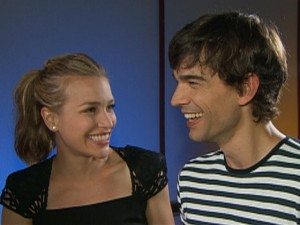 Auggie Anderson was blinded while on a mission and has since, not only mastered his technologically smart cane, but also his special computer console in the tech ops department he heads up. His encyclopedic knowledge of the intelligence industry and ability to react instantly in difficult situations, has saved Annie’s life on many occasions. Despite being blind he can truly see far more than most. Wisely he follows Annie’s instincts, as he guides her through the intricacies of being an intelligence operative. And she knows he is the one man she can trust. 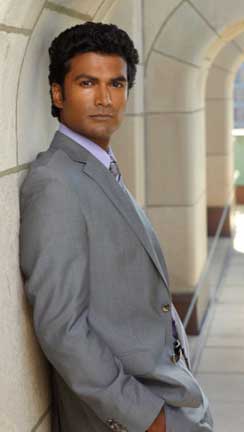 At left of centre, on the side, is an exotic suitably smouldering Sendhil Ramamurthy aka Jai Wilcox. Constantly striving to live up to his legendary CIA operative father, while flirting with the smart, sexy Annie, Jai has been directed to get close to her and gain her trust. He hates to lose, which should provide the writer of this clever show with some great story lines as he endeavours to forge his own identity.

Joan Campbell aka Kari Matchett is a girl on the grill with a great deal of grit. As Annie’s boss she is fierce when it comes to protecting her talented agent. However her boss is her husband, and so she is constantly challenged about how to maintain the boundaries between their professional and personal lives. 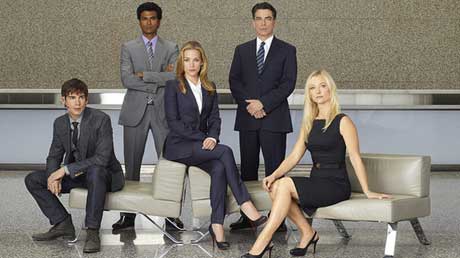 The chemistry between them is vital to the continuity of a steamy relationship, that sometimes ends up on a consultant’s couch asking the question. Do they have both honesty and trust between them?

And what is the truth about Arthur Campbell aka Peter Gallagher, Director of the Clandestine Service Department at the CIA. Arthur is a somewhat regal imposing presence who has his supporters, although not everyone he knows is on his side whether they’ll admit to it or not.

A handsome woman’s man we find out that Arthur loves a good fight, being challenged and conducting a war of words with Joan. But are they communicating?

Arthur wants transparency, but most of the time the clandestine nature of his agency, clouds the issues and his judgment.

And Joan, well she is not really sure if he’s also having covert affairs under cover, but of the lovemaking kind. Rose Niland, for The Culture Concept Circle, reviews the reflective architectural artworks of Liz Shreeve, which are all about light, colour and our perceptions