Citizens who believe they are consulted will help keep our cities safe, our communities thriving and our country and its established democratic freedoms and culture, both active and alive.

Amid all the destructive behaviour and the turmoil going down in Canberra during the past few weeks, a final piece in the long overdue puzzle of arts and cultural policy reforms in Australia finally happened.

The Australia Council Bill passed the Senate and suddenly our ‘creative nation’ became a productive nation too, with both arts and culture seen as integral to each other; acknowledged as being central elements of Australian economic and social life.

This new law will see the old top-heavy art form boards of the Australia Council, through which most federal funding for the arts flowed in the past, abolished and a flexible new workable structure put in place, one that involves peer review.

This the final piece of legislation ensuring that the Creative Australia policy, the major achievement of Simon Crean’s constructive time in government as a Federal Minister for the Arts, is finally enshrined in law.

In our modern world if we are to prosper, it will happen best through an ‘economy driven by inventiveness’. Creative people today all over the world are transforming every day lives.

When the bill finally passed the senate this meant, the most significant art reform since the 1970’s happened. And it happened through extensive consultation with the industry. 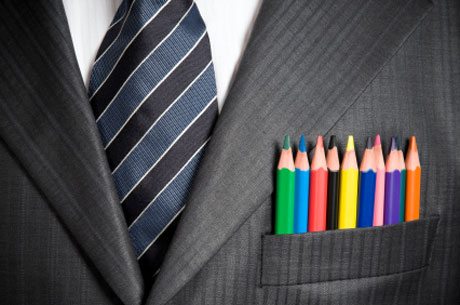 They were reforms well overdue and will ensure that the arts in the future will be federally governed by a board structure, similar to that of other organisations like the National Gallery of Australia.

This means the very best people with a great deal of expertise working within the industry, will now be guiding the future investment of public funds.

If Australia in the future is to have the best chance possible to develop its inter-cultural communication skills to create, co-operate and collaborate with others effectively it needs the right structure in place for that to happen, which is why this final bill passing the senate was so important.

It is to be hoped that when the dust settles, whoever is in charge in Canberra, will see the value of what has been achieved, support it and help expand its positive outcomes.

The Creative Australia Policy is all about promoting greater efficiency and productivity so that in the end everyone benefits. Last year, together with many others in the industry, we urged the Minister of the Arts in the Labor government who invited full and frank discussion through a National Cultural Policy Submission, to define first and foremost, the nature of our culture as it stands now. We saw this as  important because the policy should be so much more than just about art per se and should include the sciences and technology, which are providing such important contributions to both our social and cultural development.

Who we are as a nation has changed so dramatically since the 70’s and defining who we are now as a culture in the 21st century is vitally important to all our understanding as we face up to the challenges of the future and take advantages of the opportunities arising in our all-new digitally enhanced ‘Creative Age’.

We need to put in place ways of addressing in practical terms, the concerns and considerations of society, its ethnicity and political scene. This will help us continue to progress and flourish as a nation in an ethos of collaboration, co-operation and communication, one in which theory and practice is much more aligned

Today Australia’s identity is developing further from its original base as the home for one of the world’s oldest living cultures. So that we can operate well within a growing global society, we need to have the best chance possible to develop further our inter-cultural communication skills so that we can create, co-operate and collaborate with others effectively.

Daring to imagine and plan for what it might be possible to accomplish in Australia has only been made possible through the significant achievements of our ancestors. In historical terms it is the stories of Australia’s indigenous people that are told first and should remain a priority.

However by better understanding our current cultural make up, we can all help to close the divisive gaps that exist between the diverse groups of peoples now integral to our population, so that new arrivals do not feel, or believe, that they are on the outside looking in.

A Creative Australia policy is one that is inclusive; a blueprint for people showing respect and regard for each other so that they can actively contribute to helping sustain our society and culture into the future.

What is Culture & What is Democracy in Action? Read our Quick Snippet

The Colmar Treasure: A Medieval Jewish Legacy, is a new exhibition organized by Barbara Drake Boehm, the Paul and Jill Ruddock Senior Curator, Department of Medieval Art and The Cloisters, which will be on show July 22 – January 12, 2020 at the very evocative The Met Cloisters Museum, New York….