The second week in March 2013 was a busy one in terms of arts and culture in Australia.

The Art Gallery of NSW announced its bold vision and master plan for its future and the Australian Government announced its Creative-Australia National Cultural Policy after over a year of deliberation.

Early in 2012 the Australian Government sent a circular to people working within the creative sector inviting them to submit their ideas for what they believed a National Cultural Policy should be about and what they were also all ‘about’ to assist their process. We were pleased to have an opportunity to contribute.

In our day and age citizens who believe they are consulted will help keep our cities safe, our communities thriving and our country and its established democratic freedoms and culture, both active and alive. Consultation and collaboration is the key to societies ongoing success. All people, regardless of race, ethnicity and creed, who live in Australia from the 21st century onward need to pull together as one if we are to both define and shape the continuing development of our nation and its multi cultural concepts. We cannot do that without, at first, having a respect for each other’s stories.

Cultural and social advancement relies on each and every one of us to promote the emergence of new ideas, to encourage the raising of positive voice and to provide a practical benefit for marginalized sections of our society. We must also talk about the things that hurt.

The arts and creative industries in Australia have built worldwide reputations for innovation, talent and energy. Creative people working in all fields of endeavour inspire discussion about our national identity.

Their activities showcase the importance of self-expression and community engagement. However for a long time we haven’t had a ‘master plan’, a National Cultural Policy. Well, now we have.

His department ‘recognizes that we must update our strategies because of the major changes sweeping through the cultural sector with digital communication and because more and more Australians are actively participating in cultural activities’. The cultural sector—the arts, cultural heritage and the creative industries—must have the skills, resources, and resilience to play an active role in Australia’s future.’

The idea is that the ‘Creative Australia’ policy will help to create jobs and encourage a new generation of artists and creative industry business placing arts and culture at the centre of modern Australian life.

For instance, this had an immediate practical application for the West Australian Black Swan State Theatre Company, who received additional core funding at the time of the announcement along with other arts companies in W.A. to bring it into line with what eastern Australian state companies receive.

Today we need contemporary leaders to come together and offer our growing global multi cultural society new options, new policies, and other ways of doing things and, considered choices. Most importantly leaders need to empower all our communities to transform themselves. Then it really will become empowerment of, by and for the people. 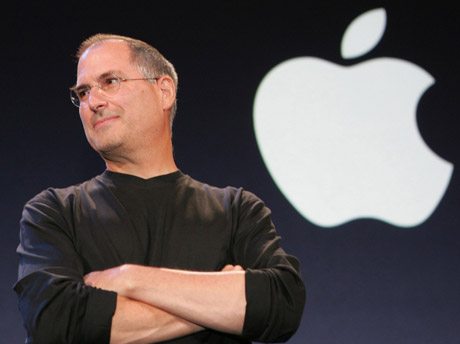 We progress and mature our cultures and society by fault. Building social capital or mutual goodwill is shaped when you volunteer to help others, to help your neighbours with a task, have your friends around for a barbeque, or look after your family.

Every time you participate in community you generate social capital for yourself and others involved.

People like the late CEO of Apple, Steve Jobs,  invested heavily in social capital, and all those who do are far more likely to find help where and when they need it. It’s the old adage ‘if at first you don’t succeed, the chances are you are making progress’.

We all want better relationships, happy parenting and as the Miss Universe contestants say, ‘world peace’.

But the complex web we weave in our own dealings with each other means it is just about impossible and counter productive to eliminate mistakes in the name of progress. Especially when our misunderstandings and mistakes define our progression.

A culture demonstrates its concern by striving to achieve excellence in the arts, letters, manners, scholarly, professional and personal pursuits. And, if it is to celebrate its achievements it must provide opportunities for people of different ethnicity to come together to exchange views and opinions as well as develop ways of recording what is agreed and done.

Everyone wants to live in Utopia. However what many don’t realize was that Utopia was only ever a place of theory, not one grounded on any sort of reality.

The version expounded in 1516 by English Catholic Bishop Thomas More was truly a strange book for a man of the cloth to write.

It has some interesting concepts though.

In it he weighed his criminals down with chains of gold: the theory being that in fettering them with the one thing all of Utopia’s citizens think they want, they would gain a healthy dislike for this glittering metal. This happened because he made it all the more difficult to steal by placing it in plain view.

History has proved it is impossible to progress without fault. Life is far from being predictable or preordained. Creativity breakthroughs are often just an immediate response to events, that in hindsight, we may have ourselves changed. It’s still all about timing and attitude.

The lessons that have come out of New York since the 11th September 2001 have informed that thought.

The Apple Corporation climbed the ladder of success step by step, without any kind of hesitation or insecurity while Steve Jobs was at the helm. Colleagues, supporters and enemies all said thank you and actively helped Jobs by laying stepping-stones on the field ahead.

For Steve Jobs and others like him, corporate life was a battleground, just a different sort. It was a war waged under a whole new set of ideas and principles, not the least the value attached to society and its mental strength, good health and wellbeing.

It’s the harmful consequences of mistakes we need to eliminate. Not making them.

In the computer age bugs are damned irritating, but they have to be dealt with whether they are in our bed or in our intellectual domain.

Does progress hinge not on our eradication of mistakes, but on our success at perpetuating them?

To eradicate them we have to succumb to a new law of unintentional consequences by inducing a massive and dramatic change of attitude. Perish the thought, but we also might have to accept less happiness to ensure that humankind continues to progress through fault.

Instead of viewing our embarrassing errors as abhorrent and seeking to enact revenge or punish everyone around us, it will mean embracing them.

We will all need to step up to the plate and help to fill the cup more than half full for everyone.

There is nothing like a great piece of big bling, especially when it comes in the form of a ring which is a never-ending circle of love fidelity honour and hope